Payastye The Maxim quotes, taken from these characters:

Parasyte: The Maxim is the kind of that will make your stomach turn, for how dark it gets. And will make you think, for how thought provoking it is.

There aren’t as many thoughtful quotes as other that are similar, but here are all the BEST you’ll find on the internet! 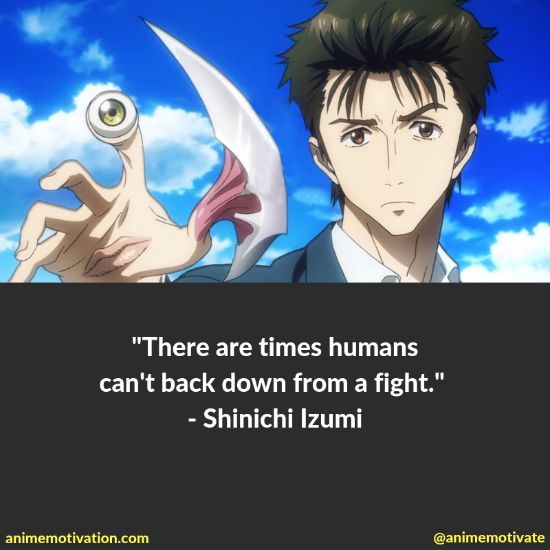 “There are times humans can’t back down from a fight.” – Shinichi Izumi 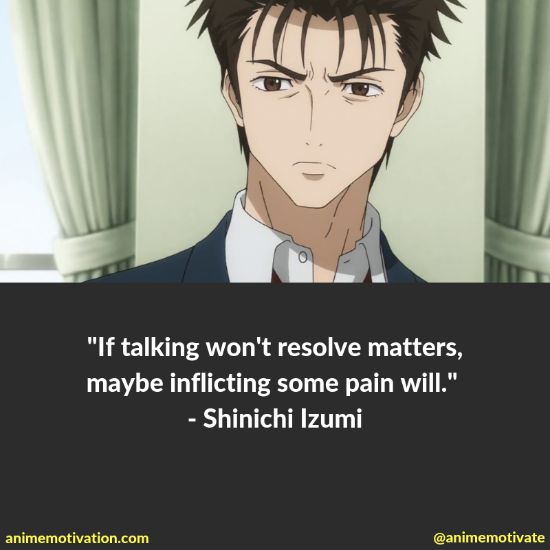 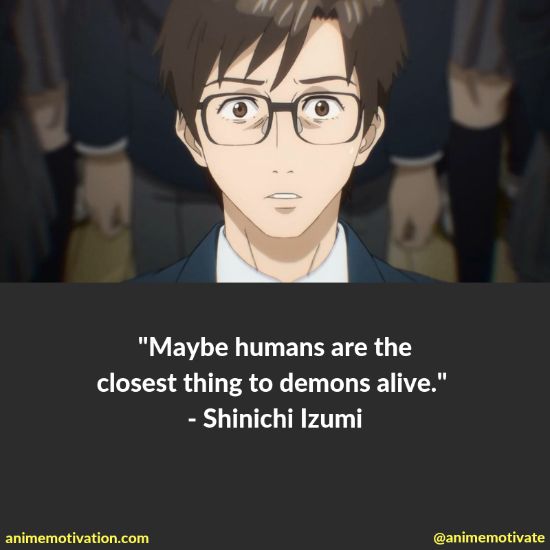 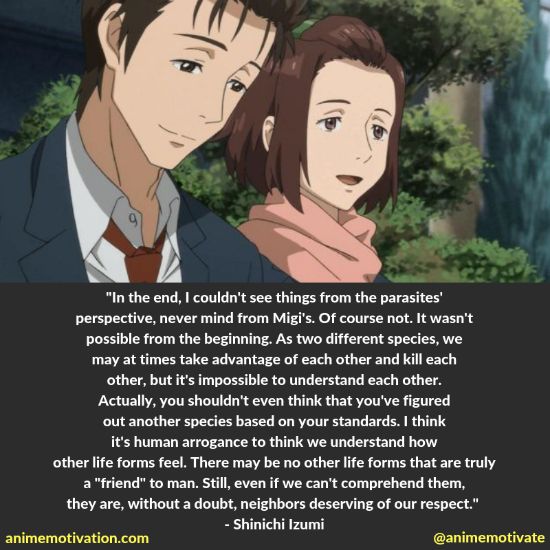 “In the end, I couldn’t see things from the parasites’ perspective, never mind from Migi’s. Of course not. It wasn’t possible from the beginning. As two different species, we may at times take advantage of each other and kill each other, but it’s impossible to understand each other. Actually, you shouldn’t even think that you’ve figured out another species based on your standards. I think it’s human arrogance to think we understand how other life forms feel. There may be no other life forms that are truly a “friend” to man. Still, even if we can’t comprehend them, they are, without a doubt, neighbors deserving of our respect.” – Shinichi Izumi 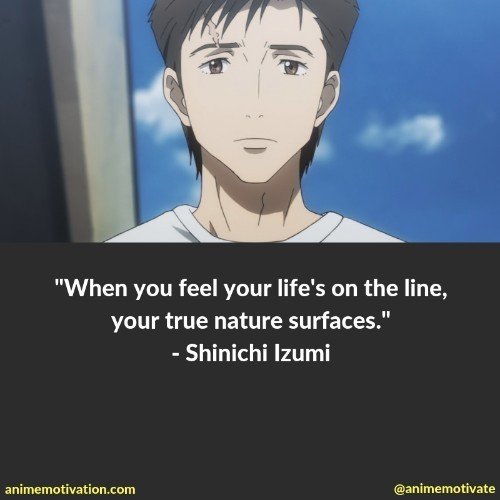 “When you feel your life’s on the line, your true nature surfaces.” – Shinichi Izumi 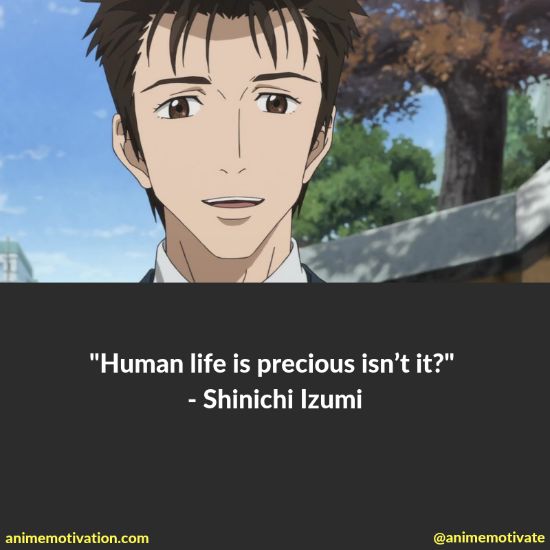 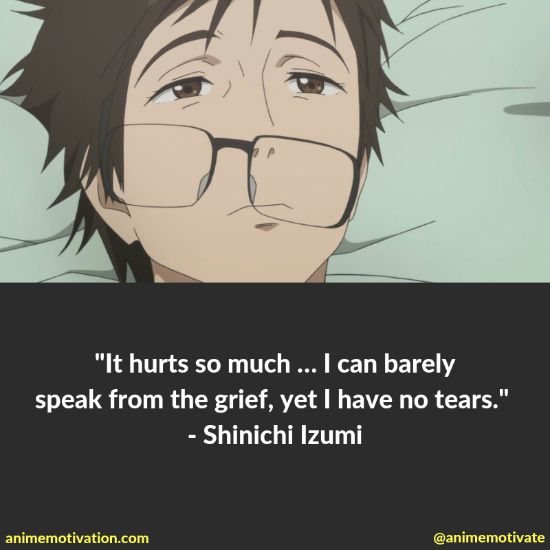 “It hurts so much … I can barely speak from the grief, yet I have no tears.” – Shinichi Izumi 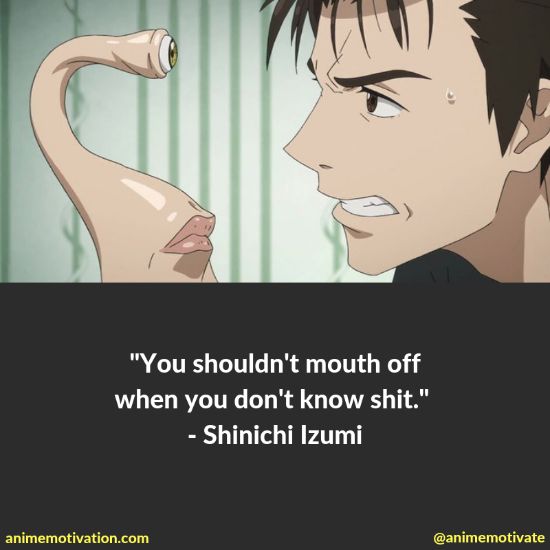 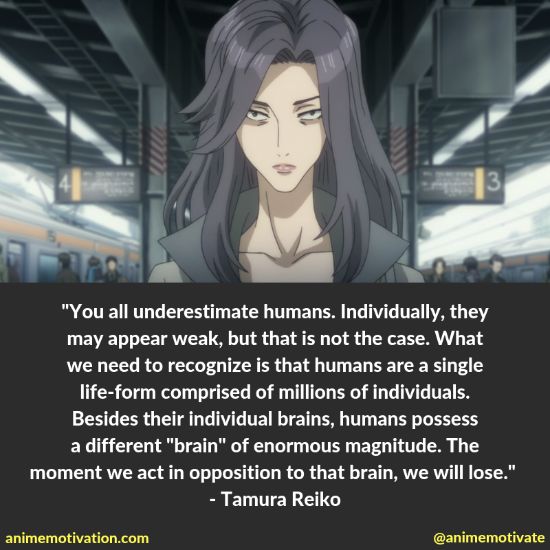 “You all underestimate humans. Individually, they may appear weak, but that is not the case. What we need to recognize is that humans are a single life-form comprised of millions of individuals. Besides their individual brains, humans possess a different “brain” of enormous magnitude. The moment we act in opposition to that brain, we will lose.” – Tamura Reiko 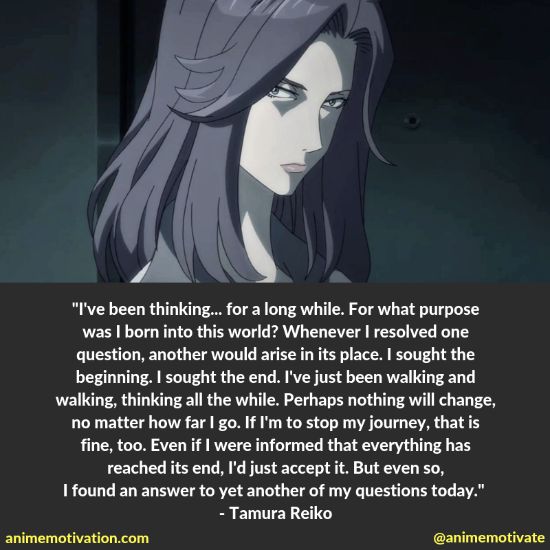 “I’ve been thinking… for a long while. For what purpose was I born into this world? Whenever I resolved one question, another would arise in its place. I sought the beginning. I sought the end. I’ve just been walking and walking, thinking all the while. Perhaps nothing will change, no matter how far I go. If I’m to stop my journey, that is fine, too. Even if I were informed that everything has reached its end, I’d just accept it. But even so, I found an answer to yet another of my questions today.” – Tamura Reiko 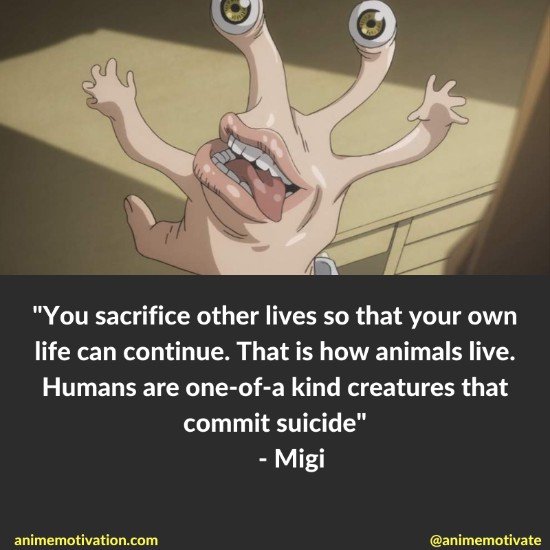 “You sacrifice other lives so that your own life can continue. That is how animals live. Humans are one-of-a kind creatures that commit suicide.” – Migi 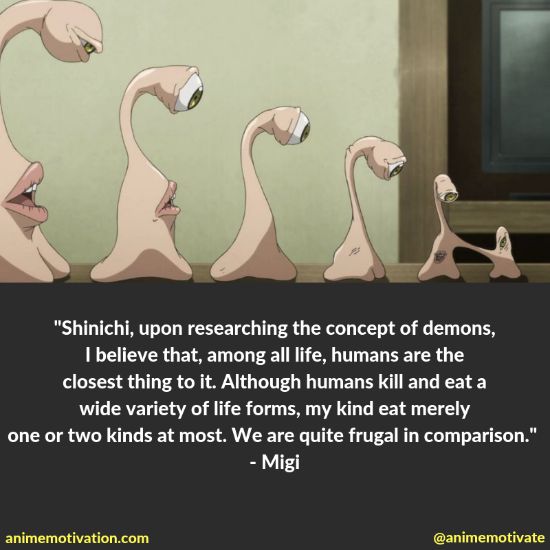 “Shinichi, upon researching the concept of demons, I believe that, among all life, humans are the closest thing to it. Although humans kill and eat a wide variety of life forms, my kind eat merely one or two kinds at most. We are quite frugal in comparison.” – Migi 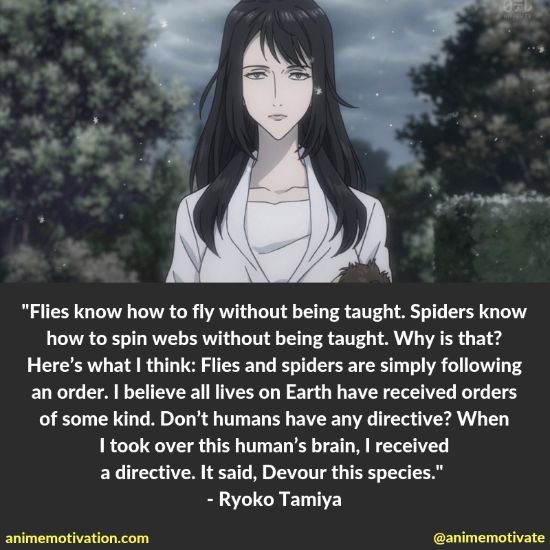 “Flies know how to fly without being taught. Spiders know how to spin webs without being taught. Why is that? Here’s what I think: Flies and spiders are simply following an order. I believe all lives on Earth have received orders of some kind. Don’t humans have any directive? When I took over this human’s brain, I received a directive. It said, Devour this species.” – Ryoko Tamiya 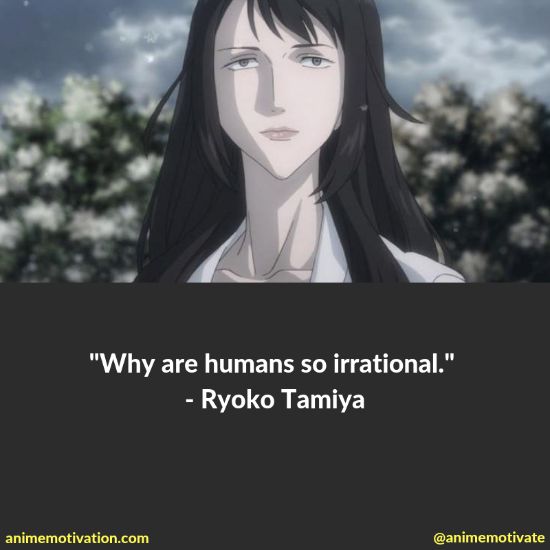 “Why are humans so irrational.” – Ryoko Tamiya

The Darkest Anime Quotes From Hellsing About Life And Despair