School Days is considered one of most messed up anime on MyAnimeList. And an anime with a perfect depiction of the Yandere trope.

Many other comments, too.

Under the hood it’s like any other . It has:

And things you can learn and take away from the anime. Let’s focus on that.

Here’s some of the best lines from School Days! 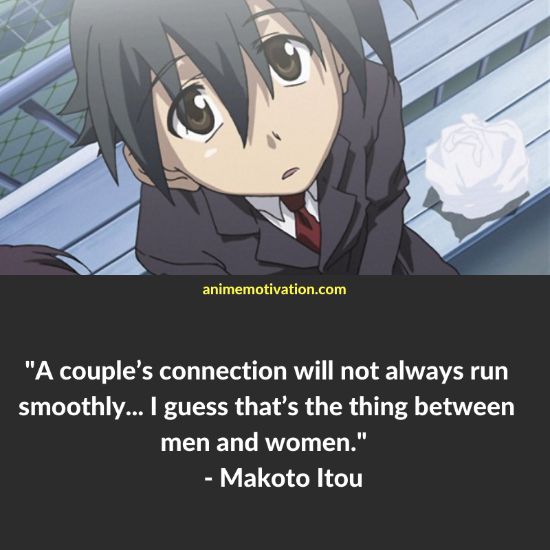 “A couple’s connection will not always run smoothly… I guess that’s the thing between men and women.” – Makoto Itou 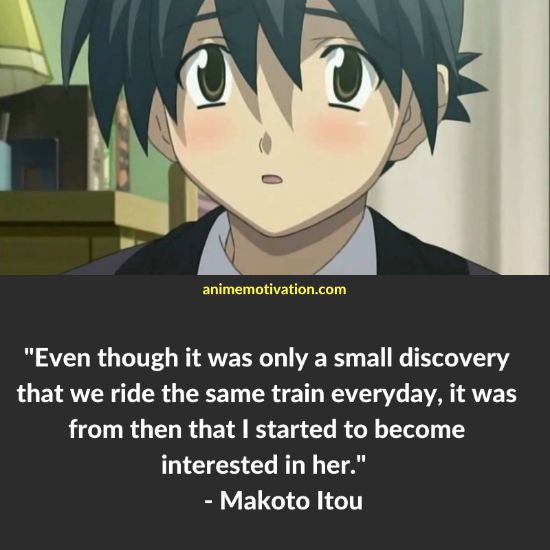 “Even though it was only a small discovery that we ride the same train everyday, it was from then that I started to become interested in her.” – Makoto Itou 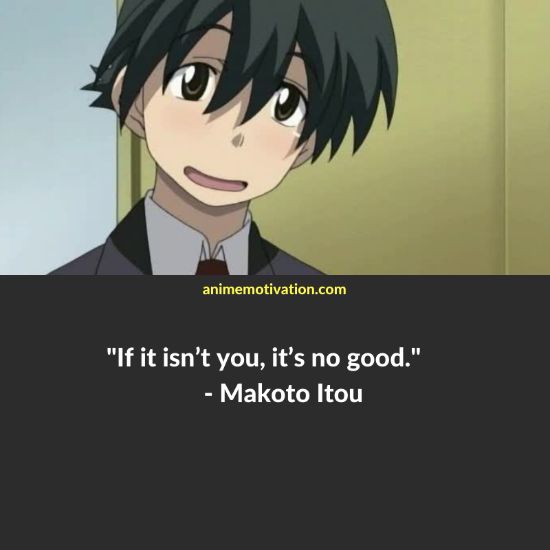 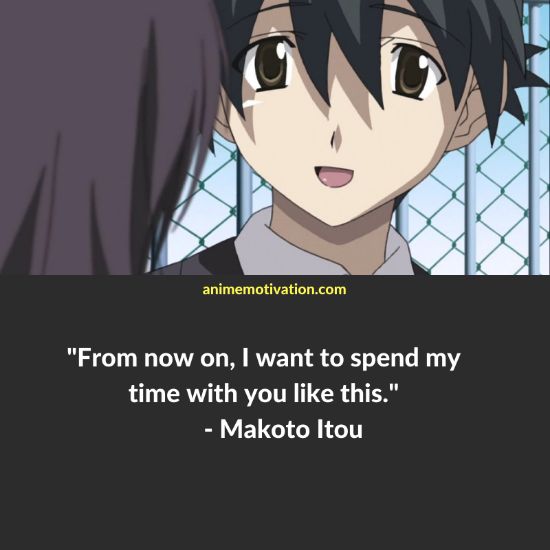 “From now on, I want to spend my time with you like this.” – Makoto Itou 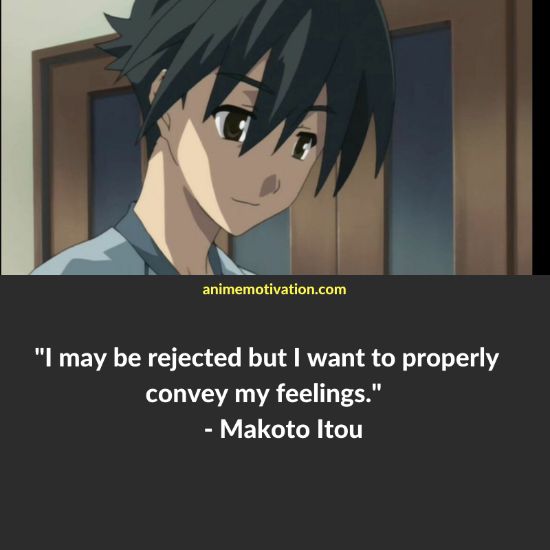 “I may be rejected but I want to properly convey my feelings.” – Makoto Itou 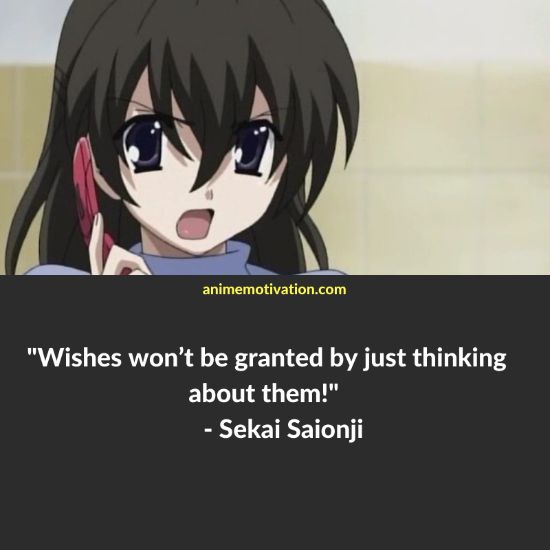 “Wishes won’t be granted by just thinking about them!” – Sekai Saionji 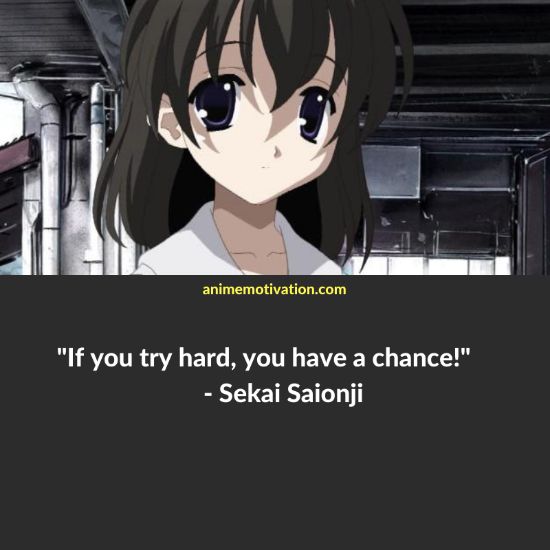 “If you try hard, you have a chance!” – Sekai Saionji 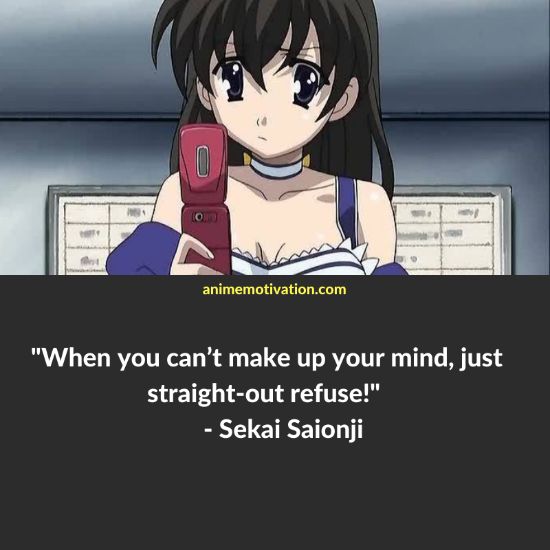 “When you can’t make up your mind, just straight-out refuse!” – Sekai Saionji 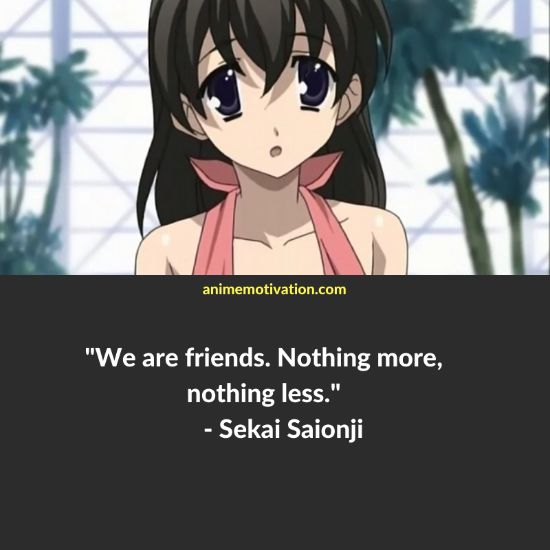 “We are friends. Nothing more, nothing less.” – Sekai Saionji 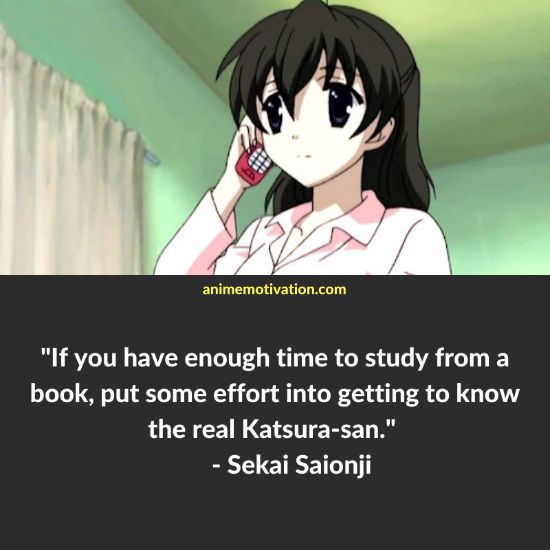 “If you have enough time to study from a book, put some effort into getting to know the real Katsura-san.” – Sekai Saionji 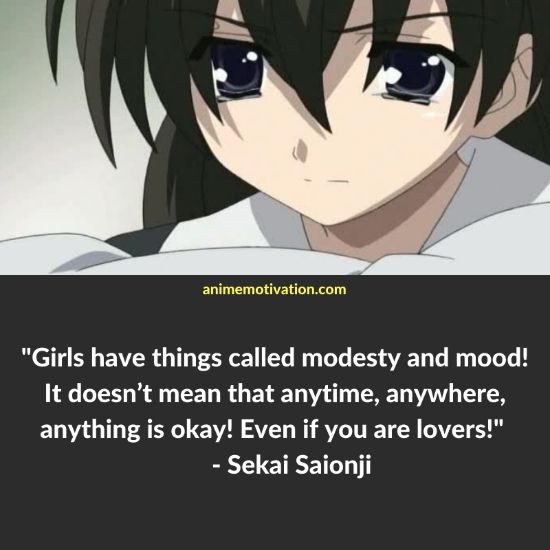 “Girls have things called modesty and mood! It doesn’t mean that anytime, anywhere, anything is okay! Even if you are lovers!” – Sekai Saionji 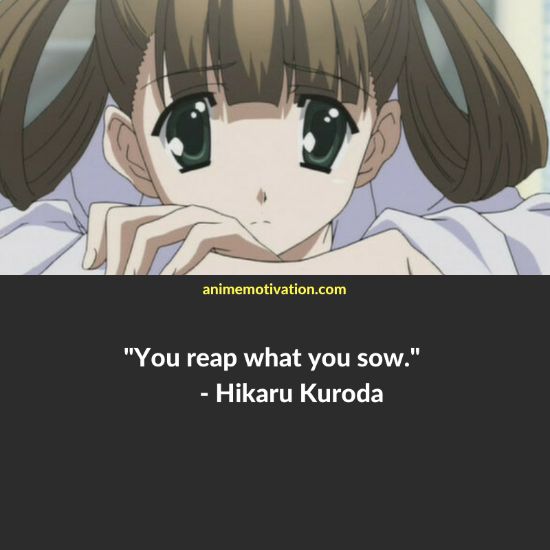 “You reap what you sow.” – Hikari Kuroda 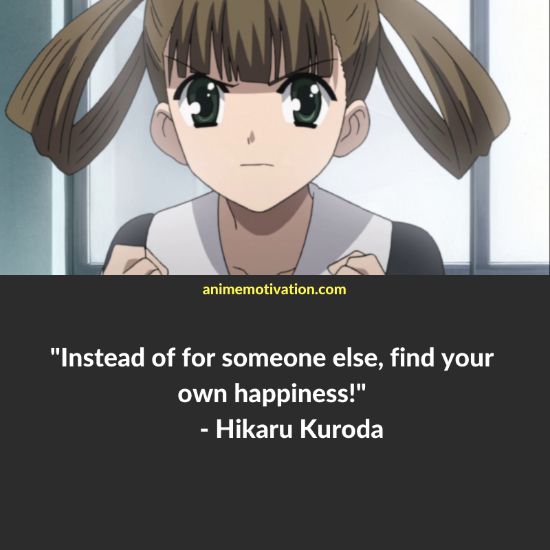 “Instead of for someone else, find your own happiness!” – Hikari Kuroda 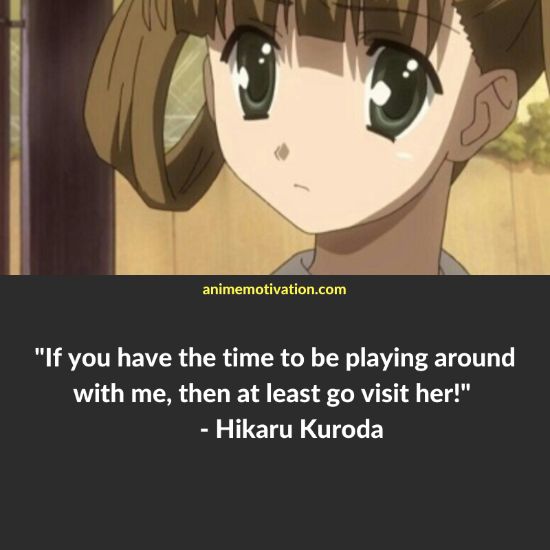 “If you have the time to be playing around with me, then at least go visit her!” – Hikari Kuroda “You usually don’t kiss people whom you don’t like.” – Kotonoha Katsura 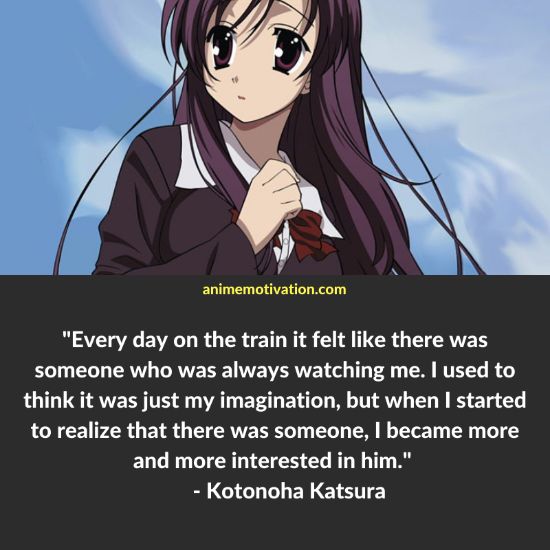 “Every day on the train it felt like there was someone who was always watching me. I used to think it was just my imagination, but when I started to realize that there was someone, I became more and more interested in him.” – Kotonoha Katsura 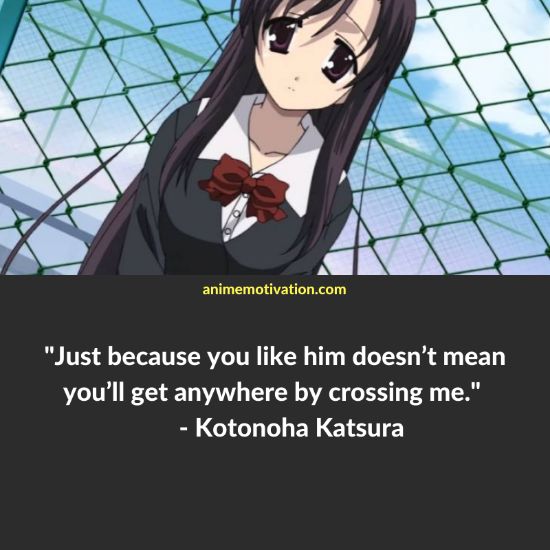 “Just because you like him doesn’t mean you’ll get anywhere by crossing me.” – Kotonoha Katsura 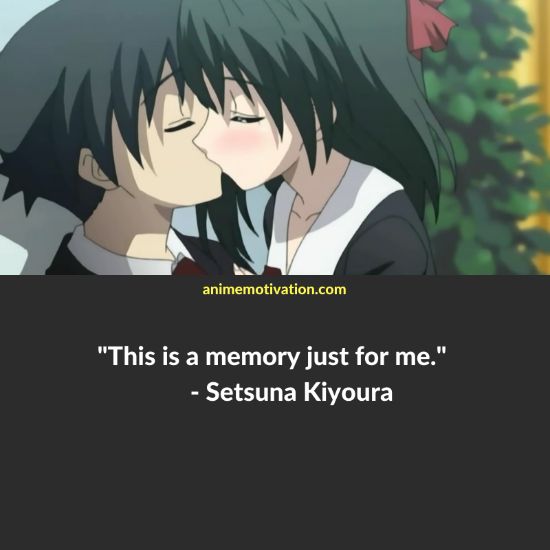 “This is a memory just for me.” – Setsuna Kiyoura 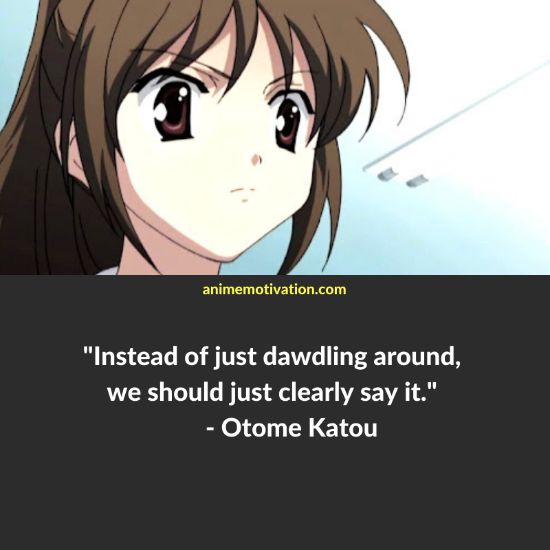 “Instead of just dawdling around, we should just clearly say it.” – Otome Katou 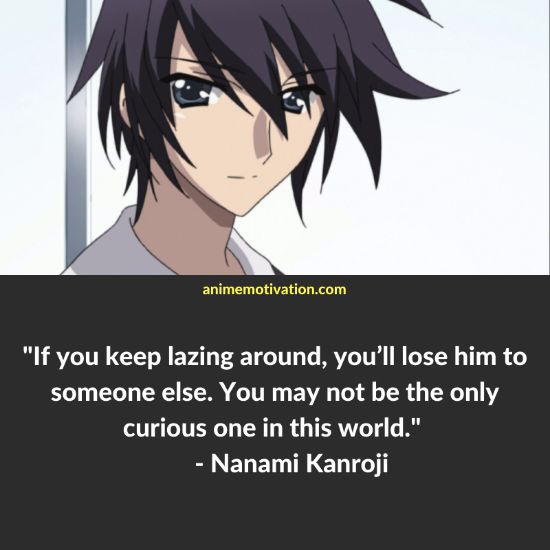 “If you keep lazing around, you’ll lose him to someone else. You may not be the only curious one in this world.” – Nanami Kanroji

64+ Of The Greatest Vampire Knight Quotes About Romance