Obito Uchiha is an iconic Naruto character who shows up later in Naruto. And shakes up the anime in a lot of different ways.

As an Uchiha he knows:

And the similar experiences the Uchiha clan is known for to different degrees.

Obito Uchiha’s quotes pack meaning, depth, and are as memorable as the Uchiha clan itself. 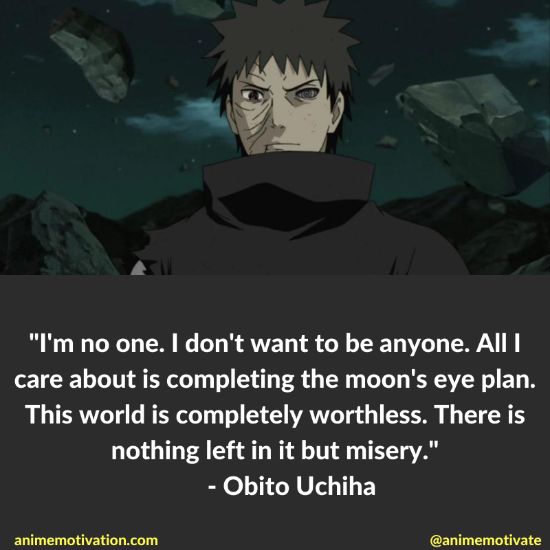 “I’m no one. I don’t want to be anyone. All I care about is completing the moon’s eye plan. This world is completely worthless. There is nothing left in it but misery.” – Obito Uchiha 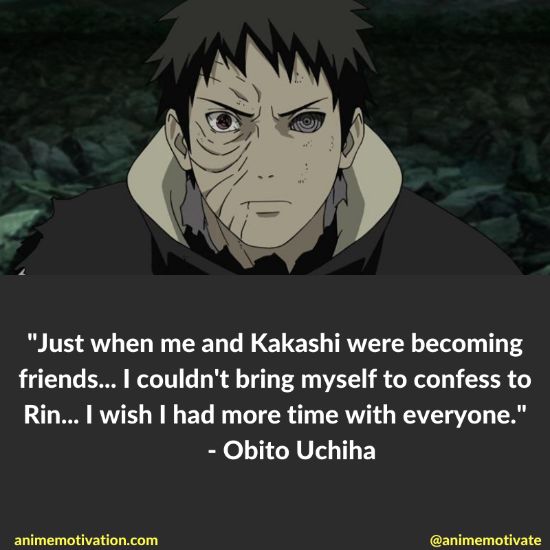 “Just when me and Kakashi were becoming friends… I couldn’t bring myself to confess to Rin… I wish I had more time with everyone.” – Obito Uchiha 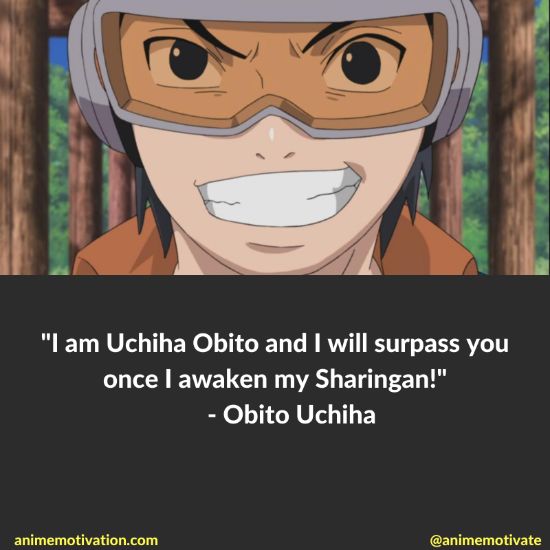 “I am Uchiha Obito and I will surpass you once I awaken my Sharingan!” – Obito Uchha 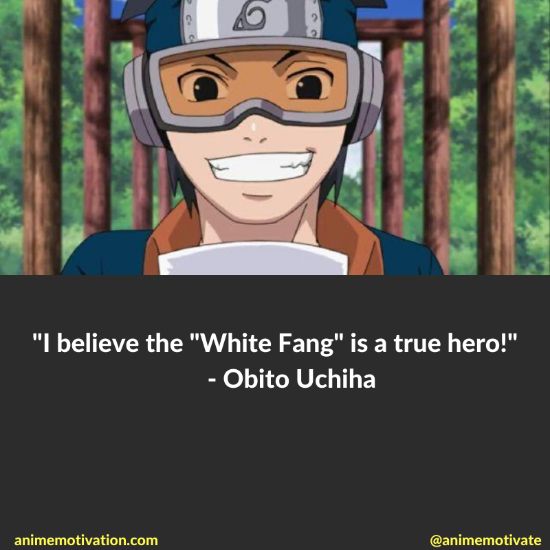 “I believe the “White Fang” is a true hero!” – Obito Uchiha 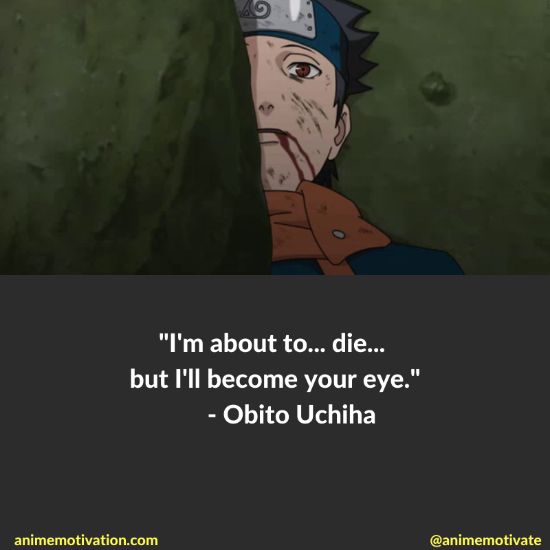 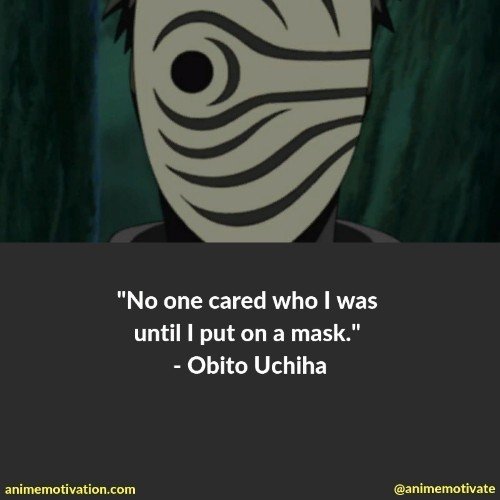 “No one cared who I was until I put on a mask.” – Obito Uchiha 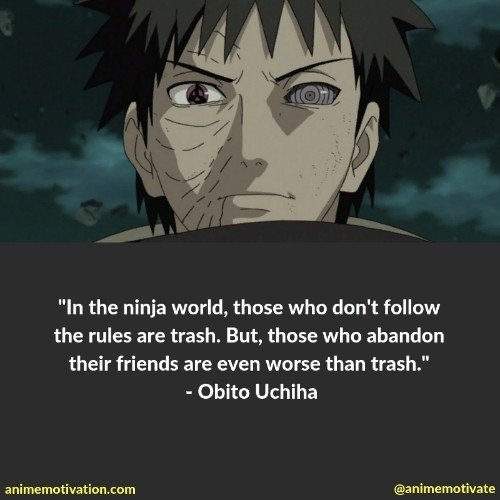 “In the ninja world, those who don’t follow the rules are trash. But, those who abandon their friends are even worse than trash.” – Obito Uchiha 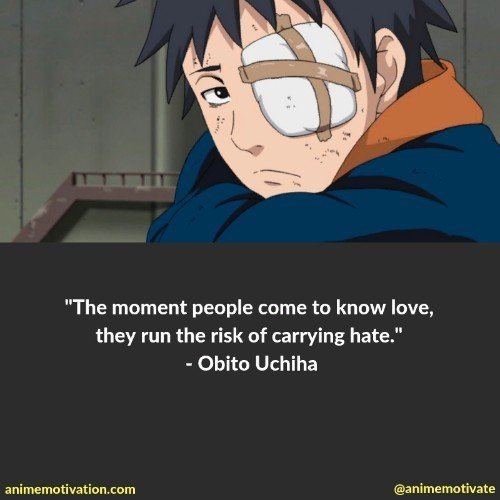 “The moment people come to know love, they run the risk of carrying hate.” – Obito Uchiha 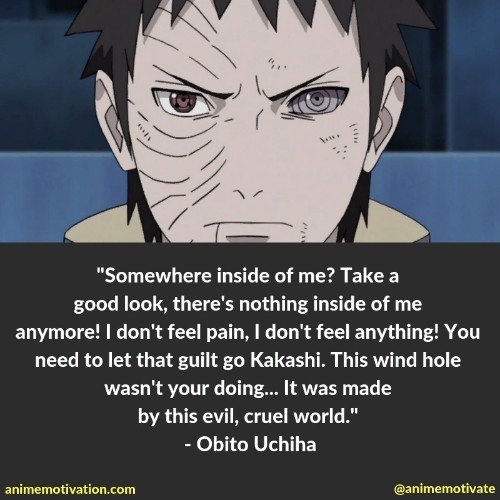 “Somewhere inside of me? Take a good look, there’s nothing inside of me anymore! I don’t feel pain, I don’t feel anything! You need to let that guilt go Kakashi. This wind hole wasn’t your doing… It was made by this evil, cruel world.” – Obito Uchiha