Black anime shows about black people is a rarity in the anime industry. But it does exist.

Few anime journalists, sites, YouTubers (if any) talk about it though.

So let’s get into it, then!

1. Nadia: Secrets Of The Blue Water

Nadia: Secrets Of The Blue Water is a forgotten anime series today. Made back in 1990 by studio Gainax.

Same studio as and Gurren Lagann!

Nadia is about an African girl who’s forgotten where she was born, and is on a journey to rediscover it.

“It” being Africa, her homeland.

They decided to draw Nadia in a non-stereotypical way, but the was originally different to what the final product ended up being.

As shown in this clip, he word “colored” (a racist term used for black people) is used in the subtitles.

Nadia meets a french boy who ends up becoming a good friend, but his family, as she witnesses,is racist.

So she leaves and as seen in the last scene, she’s upset about it.

The main theme is adventure and the travels with Nadia and the guy she runs into from France. But this is one of the few anime to focus on and highlight racism in a real way.

Especially from the perspective of an African character.

It’s probably the last of its kind, they don’t do anime like this anymore. Most genuine representation there was, especially in the 1990’s. 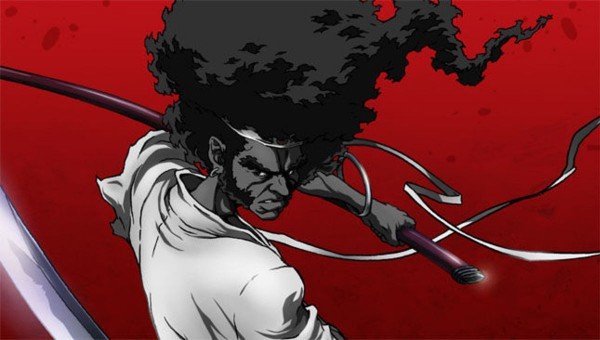 Afro Samurai is actually dubbed by Samuel L Jackson himself! For the main character that is.

In fact he’s part of the reason the anime came to be.

The protagonist is called Afro for short, and is a highly skilled swordsman.

Afro’s role is built on vengeance. The trigger is his father: Rokutaro who’s literally decapitated right in front of Afro in his younger days.

This trauma (as it would a lot of people) is what turns Afro into a cold blooded killer.

As far as the dubbed version goes, Samuel L Jackson is the most famous person to have dubbed an anime series. 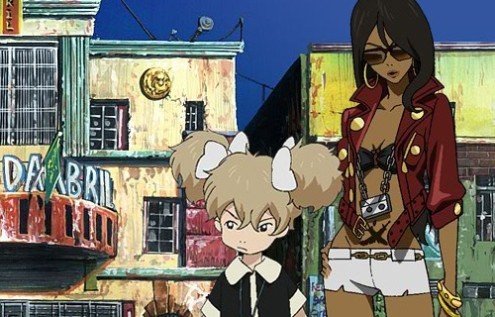 Michiko To Hatchin is another anime with black characters. This time depicted as black Brazilians and Afro Latino’s.

Michiko (to the right) is on the run, and she’s looking for the love of her life. A man called Hiroshi.

On her journey she finds Hiroshi’s daughter, and that’s where the anime’s story takes off.

There are several other black characters as well who play an important role, like Satoshi a little later on. 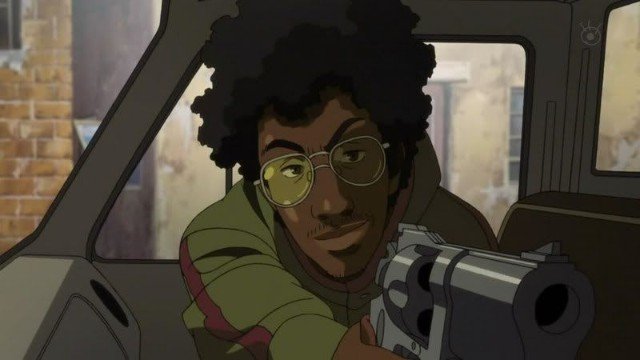 Without going into too much detail, this anime has a lot of deep and dark themes running through it.

Some based on race, others based on certain lifestyles, religion, and the list goes on.

It’s kinda like another version of Black Lagoon, except it has a cultural focus in comparison.

Relevant: 19+ Of The BEST Black Female Anime Characters You Should Know 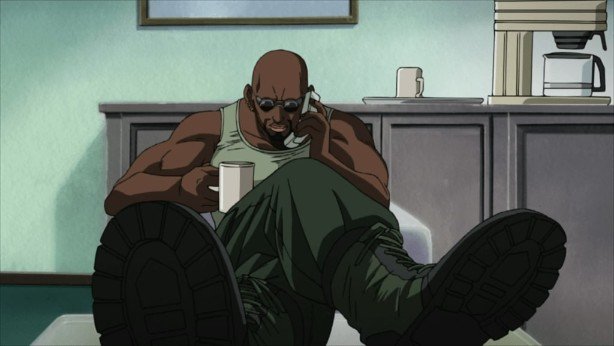 Dutch is the guy you’re looking for.

He’s one of the MAIN characters, but another character called Revy gets all the attention because she’s flashy and outspoken.

Dutch is laid back and he’s the boss of their organization (Lagoon Company).

Boobs. Prostitutes. Sex. Gruesome violence. Gangsters. Drugs… This anime is Ghetto in every sense of the word.

And there are so many F bombs dropped that even Gordon Ramsay would be in disbelief. 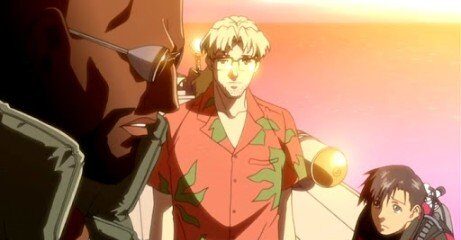 Unlike other anime shows on this list, this one isn’t necessarily focused on black culture. But the main character is black and everything connects to him. 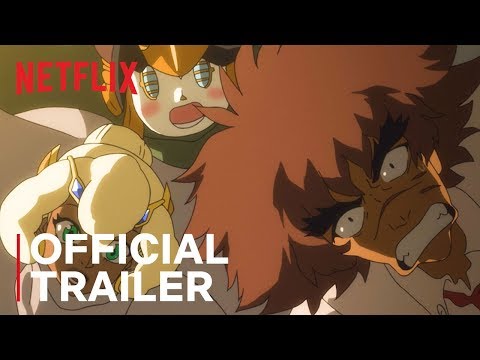 Cannon Busters is an original anime created by Netflix. Worked on by the same studio as the first and Log Horizon seasons.

Unlike others on this list, Cannon Busters is a /Sci-fi action type of anime. With a blonde haired black protagonist and a brown haired black male character (who’s also a main character).

The 1st episode is a wacky introduction to what you can expect from this series. And where it leads.

But like Black Lagoon, it’s not specifically about black culture but highlights plenty of it, given the characters and the story. 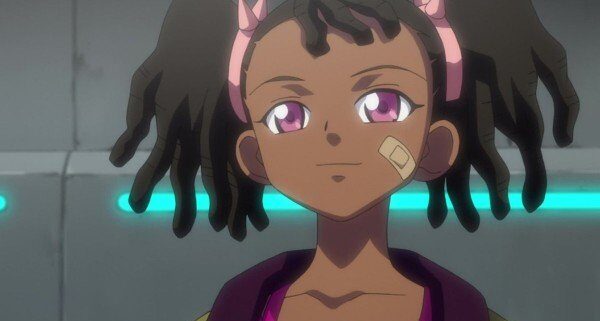 Basquash, another series made by studio Satelight (anime.

This anime has a similar set up to Black Lagoon, except Miyuki (main protagonist) isn’t the only MC the show focuses on.

From the hair style, to the skin color and her overall, it’s one of the best representations of black characters in anime. 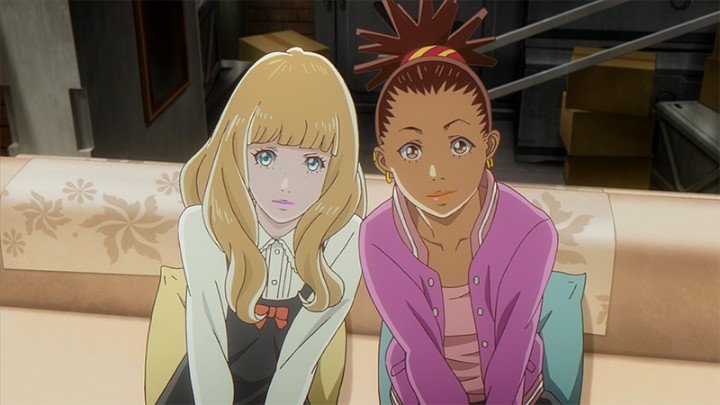 Made by studio bones, the same studio behind , Carole Tuesday is about a society that’s migrated to Mars. The planet.

One of the main protagonists is a black female character, with legitimate features relevant to black culture and physical attributes.

Both main characters make together and perform, which is a big highlight of the entire series and its 24 episodes.

Like Black Lagoon, Carole Tuesday isn’t strictly about black culture, but here there are references aside from the main character!

Related: 11 Of The Most Interesting Dark/Light Skinned Characters In Anime

These are the ONLY anime shows that are purely based on black people or culture. With a black protagonist in particular.

Unless there’s some other obscure anime I haven’t heard of.

These anime for now are obviously the best you’ll get. At least until Japan decides to work on another one, maybe in collaboration with someone like Samuel L Jackson or some other relevant person in black media who’s into anime.

12+ Of The Best Black Male Characters In Anime