Canaan is an action series with similarities with Blood+. It’s produced by P.A Works (Shirobako).

This anime doesn’t have as many quotes as Blood+ or comparable shows, but the quotes are still worth sharing. And hold some purpose. 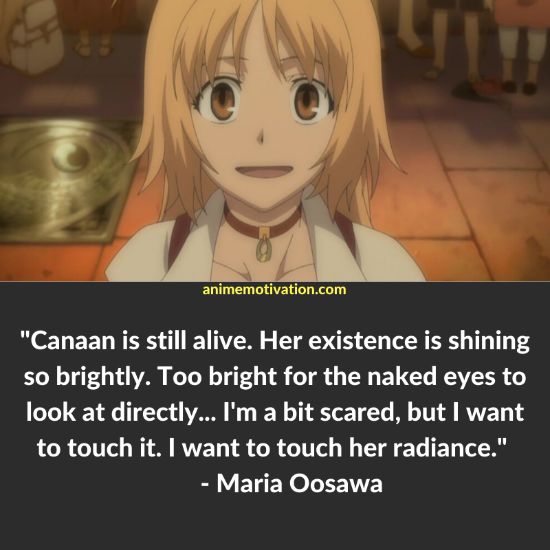 “Canaan is still alive. Her existence is shining so brightly. Too bright for the naked eyes to look at directly… I’m a bit scared, but I want to touch it. I want to touch her radiance.” – Maria Oosawa 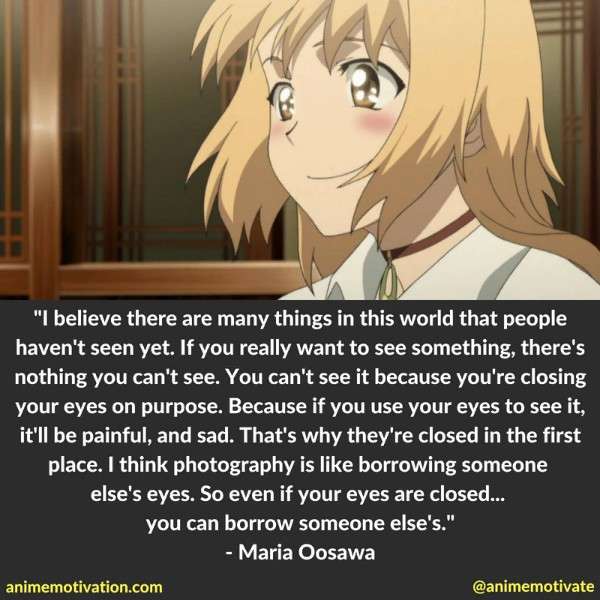 “I believe there are many things in this world that people haven’t seen yet. If you really want to see something, there’s nothing you can’t see. You can’t see it because you’re closing your eyes on purpose. Because if you use your eyes to see it, it’ll be painful, and sad. That’s why they’re closed in the first place. I think photography is like borrowing someone else’s eyes. So even if your eyes are closed… you can borrow someone else’s.” – Maria Oosawa 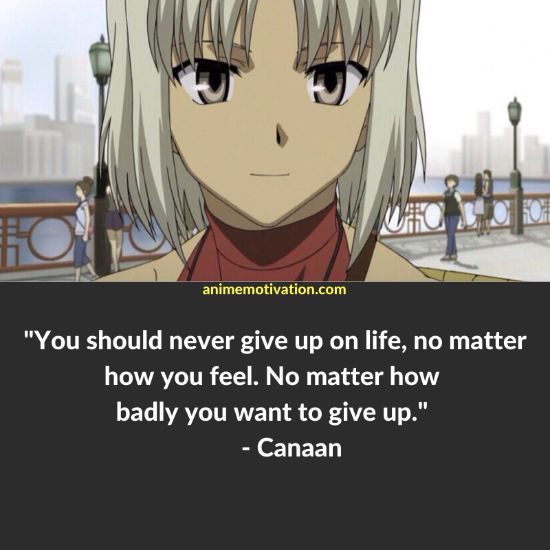 “You should never give up on life, no matter how you feel. No matter how badly you want to give up.” – Canaan 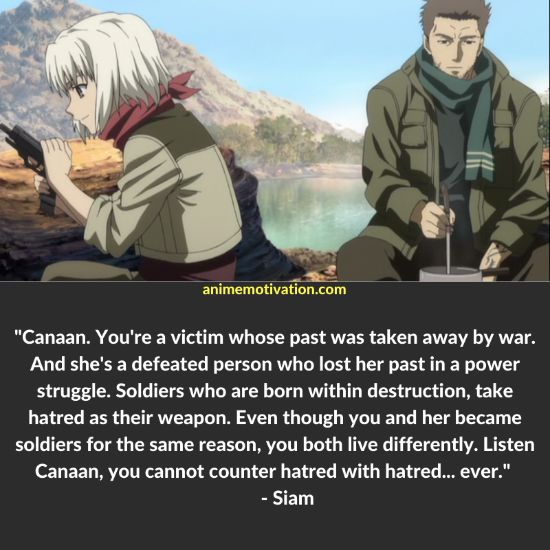 “Canaan. You’re a victim whose past was taken away by war. And she’s a defeated person who lost her past in a power struggle. Soldiers who are born within destruction, take hatred as their weapon. Even though you and her became soldiers for the same reason, you both live differently. Listen Canaan, you cannot counter hatred with hatred… ever.” – Siam