We all have characters we share similar traits and personalities with.

Whether it’s the way a character thinks about life. Their hobbies, interests and passions. How easily they get stressed out or the mindset an character has.

There’s something that draws us in because it reflects who we are as fans of .

I’m no different. And there are plenty of characters I love for that reason.

I thought I’d do a post on similar characters with personalities like my own. To help you all get to know me better.

Haven’t watched the 2017 series yet – Interviews With Monster Girls? Hikari Takanashi is one of the few main characters from the show.

What makes me similar to Hikari Takanashi is my sarcastic personality. There’s not many days I go without throwing in a little sarcasm.

Sometimes it’s needed to lighten up a conversation. And also my childish nature at times. I love to laugh and find humor in things.

That’s how I see it. And that’s why I’m so similar to Hikari Takanashi.

He’s one of the most famous characters on the planet. Even outside the world of and .

Like Vegeta i have a rebellious nature and have never been one to follow rules. Or to play by the made-up expectations in our society.

I believe there’s always a better way to do things, even if it’s unconventional. And far from “traditional”.

When it comes to taking action and putting in the work, I don’t need to be told. I just get it done because that’s who I am. And that’s what makes me similar to Vegeta in the way he acts and thinks.

Vegeta’s not one to follow the rules, and that’s the reason he’s gotten so far as a character. Because not only doesn’t he follow convention, but he doesn’t care about what others think of him.

Relevant: 15 Anime Characters With The Most Pride And Self Respect

Mikoto Misaka, also called The Railgun of Tokiwadai is a celebrity in academy city. It’s a place where over 1 million espers live.

Only 7 espers are ranked level 5, Misaka being one of them.

Mikoto is an at heart, but the type of who’s comfortable socializing if needs be.

She’s also modest and down to earth in spite of her celebrity status and the way she’s treated. More than anything, she has a habit of trying to take the world on by herself.

The type of person who would rather bear the burden, and will always blame themselves and take on the responsibility, rather than pointing the finger.

Seemingly selfish, but in reality selfless because she’s thinking about others and has good intentions.

This is why Mikoto is so driven, ambitious, hard working and isn’t a fan of people who make excuses or indulge in self pity.

I relate a LOT to Mikoto Misaka. In fact she’s one of the characters I share the most similarities with. 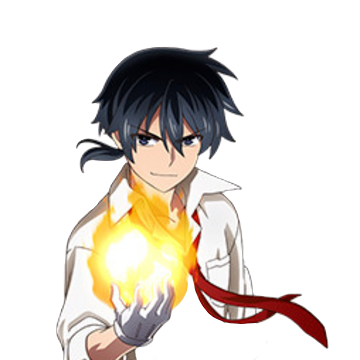 Glenn Radars…. He’s the seemingly lazy b*stard of Rokundenashi, an series about him being a teacher in a magic academy.

His past is littered with dark experiences, and his sarcastic, easy going personality is a mask for his troubles.

I relate most to his sarcasm and him having a sense of humor. He laughs a lot and makes a big joke out of things, leaidng him to not being taken seriously at times.

I relate to this aspect of his character as well.

Overall is one of my favorite characters of ALL time. 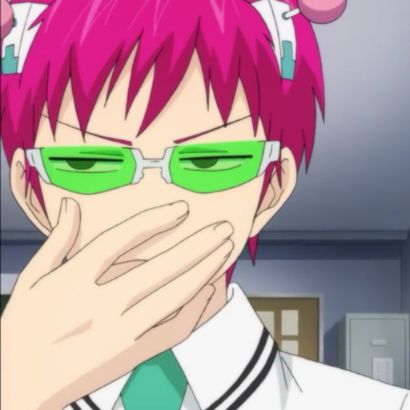 Kusuo Saiki is a psychic. His name is a play on the words. He’s been this way since birth.

As a result, he wants to live a peaceful life and chooses to NOT tell anyone about his powers and abilities. He’s an after all.

He doesn’t care for much outside of the things that are most important to him, and in spite of enjoying his own space more than anything, he’s comfortable around others.

It’s easy to see why we relate. The introversion, the laid back attitude, enjoying our own space, and putting energy into what matters most.

Saiki is relatable to a lot of people in general.

Erza Scarlet is one of the main characters from the series.

Like I have a strong determination to succeed and I let nothing stand in the way of my goals. Taking charge of the situation and leading is not an issue for me.

I’m not one to stand for bullsh*t, let people trample all over me, or take advantage. Especially when it comes to people I care about.

‘s like this in many ways, which is proven in the first few episodes of . And even throughout the entire series.

That’s what I love about her. She’s one of characters I respect,

Kotomi’s one of the main characters in Clannad, Season 1.

When she’s first introduced she’s seen indulging in books and studying hard. And she’s known to be one of the smartest students in the school.

I’m similar to Kotomi when it comes to learning, reading, studying and educating myself.

I have a hunger to learn and place a lot of value on learning new things. And building my knowledge.

I’m an like Kotomi. That’s what makes my personality a little similar in comparison.

Related: 40 Anime Quotes From Clannad You’ll Understand If You Watched The Anime 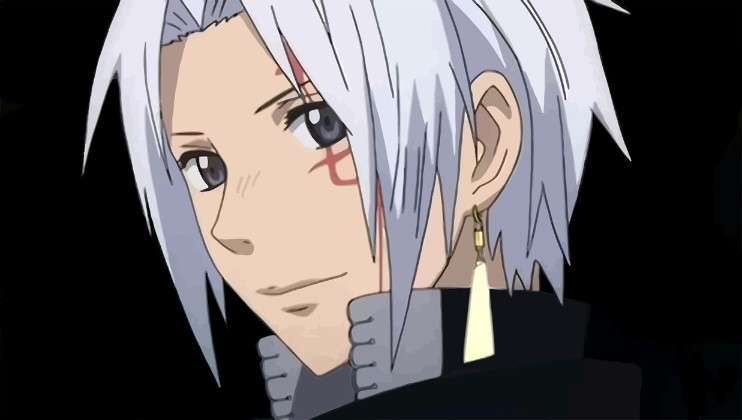 Allen Walker is a protagonist in the : D.Gray Man.

He tries his best to do the right thing. But one of his main habits is trying to take on the whole world by himself.

Allen’s so independent he’d rather take burden upon himself, rather than ask for help. Even when those around him are willing to give a helping hand.

This is me all the way. It’s still easy for me to forget that I don’t need to do everything myself. 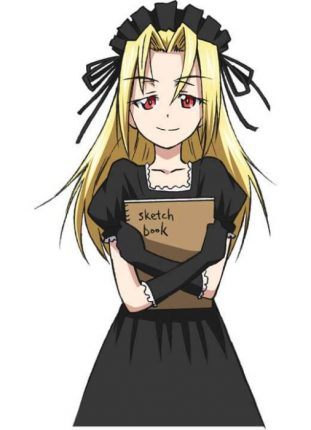 Sachiko’s a artist from : Denpa Kyoushi. Also known as The Ultimate Otaku Teacher.

Like Sachiko I’ve always been interested in creativity and self-expression. It’s just how my mind works. Creating and building things is the best feeling in the world.

Activities that involve writing, ideas, strategy, creativity, and using my imagination are so easy for me to do.

Building things that weren’t there, and “thinking” things into existence is a lot of fun for me.

Kraft Lawrence is from the fantasy/historical series: Spice And Wolf. He’s a traveling merchant who loves business, buying and selling , and investing.

And more than that: Kraft Lawrence has an entrepreneurial spirit.

It’s this entrepreneurial spirit that connects Kraft Lawrence’s personality to my own.

Retail’s a good example of something I’ve always been drawn to. Buying and selling is what I love about Retail.

I’ve always wanted to start and own businesses.

Kraft Lawrence is the only character I can think of who’s similar in this way. Except for Nabiki Tendo in the : Ranma 1/2.

Akemi is one of the five Magical Girls from : .

From the outside looking in, ‘s a cold, heartless, emotionless character with no concern for others. And it’s easy to misunderstand her.

It’s clear for anyone to see she’s an , and trusts very few people other than herself.

But behind the barrier she puts up you come to find that’s not the case at all. Especially as far as being “cold” and “heartless”.

I’m perceived the same way. Or I can be. So many people misunderstand me that it’s unbelievable.

And of course I’m an who prefers to listen much more than I talk. Naturally observing things and people around me.

She’s one of the closest characters on this list to my personality.

Everyone has different facets to who they are, and these characters represent mine best.

I think I should start watching anime once again. I did let it go for a while, forgetting how fantastic and absurd (at the same time) it can be. I’m willing to see more of the introverted characters again, they are kinda part of my personality

I remember Kana Makino quite well ^^ I love those chill deadpan characters so much haha.

Lol I know what you mean. Laid back and easy going. Just like myself.

I really like anime and one of my favorites is Deku from My Hero Academia!

He’s a relatable character. So I’m not surprised Amanda 🙂