Tite Kubo is one of the most known mangakas for good reason. Along with Akira Toriyama and others like Miyazaki.

He’s a legend in the and industry. The man behind BLEACH, considered one of the “big 3”.

Bleach is so big in fact, that when the new season: Blood War Arc was announced there was over 20K fans it live on YouTube.

Here we’ll share some of Kubo’s best quotes (quotes he actually said) as opposed to quotes taken from Bleach… Which is unrelated to Kubo himself. 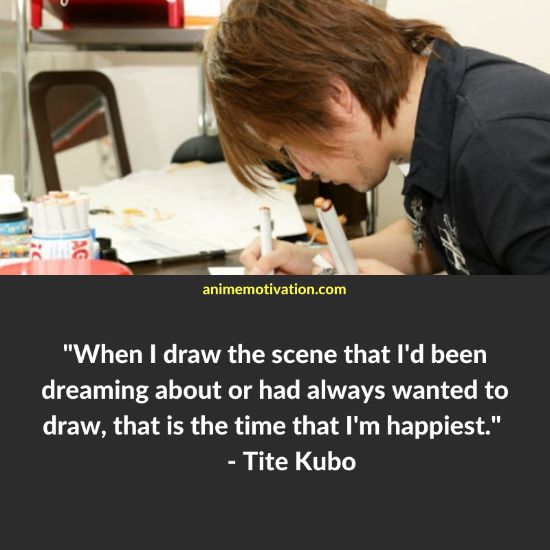 “When I draw the scene that I’d been dreaming about or had always wanted to draw, that is the time that I’m happiest.” – Tite Kubo 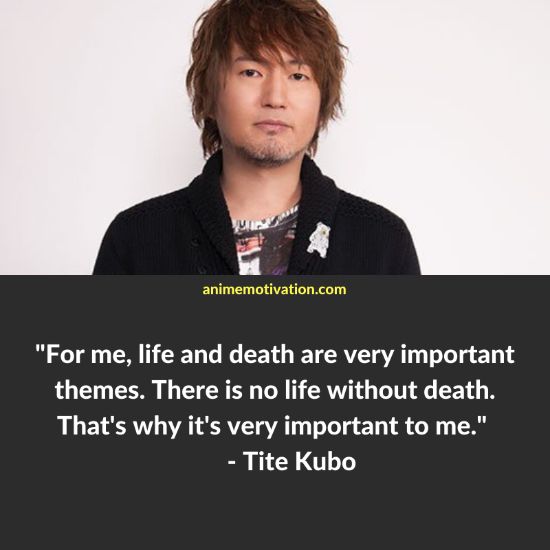 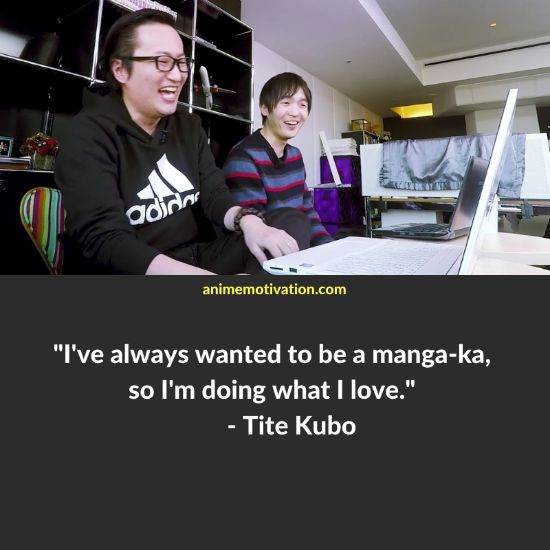 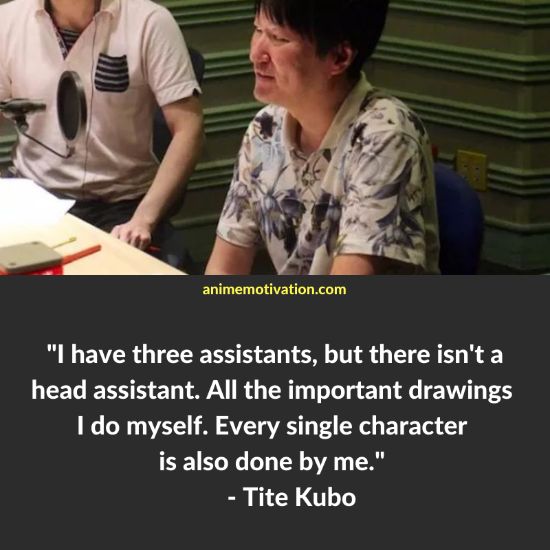 “I have three assistants, but there isn’t a head assistant. All the important drawings I do myself. Every single character is also done by me.” – Tite Kubo 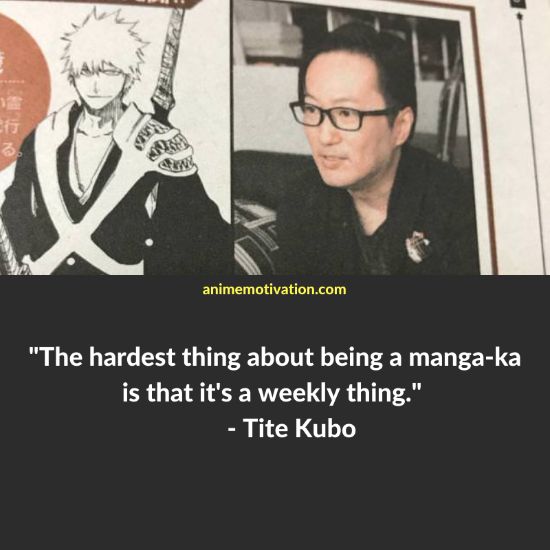 “The hardest thing about being a -ka is that it’s a weekly thing.” – Tite Kubo 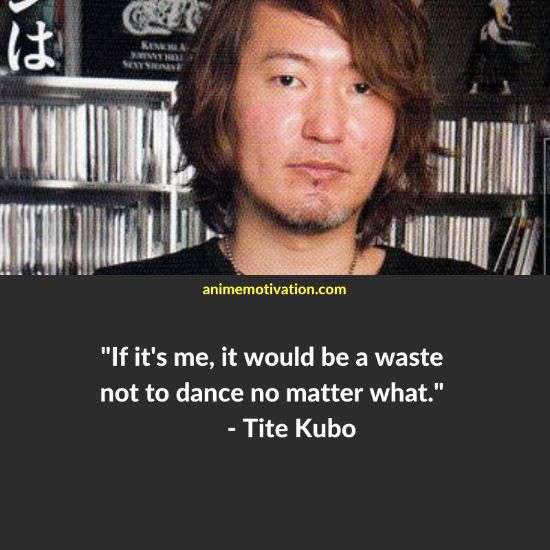 “If it’s me, it would be a waste not to dance no matter what.” – Tite Kubo 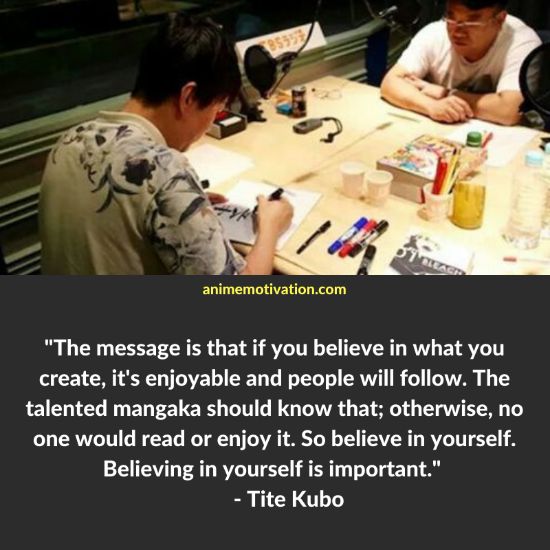 “The message is that if you believe in what you create, it’s enjoyable and people will follow. The talented mangaka should know that; otherwise, no one would read or enjoy it. So believe in yourself. Believing in yourself is important.” – Tite Kubo 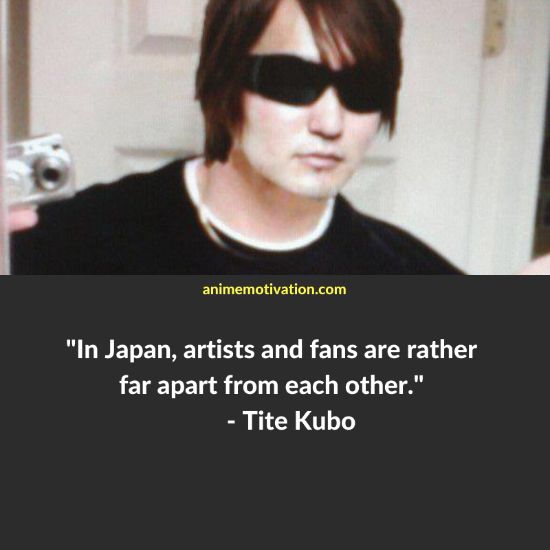 “In Japan, artists and fans are rather far apart from each other.” – Tite Kubo

The 20+ Best Makoto Shinkai Quotes About Life And Anime