Self confidence is the ability to do the things you want to do, and it’s when you feel good about yourself and what you’re doing.

Like the person who gets dressed up and feels so confident that you can see it in their persona. Or a person who works towards a goal with an enthusiastic attitude.

On the other hand, lack of confidence is something we all experience. It’s when things don’t go as well as we want. Or when we feel inadequate.

Or when we fail to get the result we want, etc. Also, confidence can lead to arrogance which is another element.

Here’s a list of quotes about self confidence and courage in different aspects! 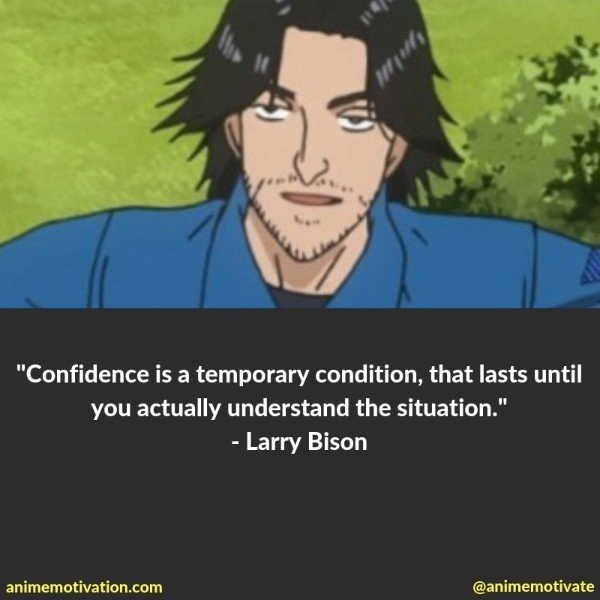 “Confidence is a temporary condition, that lasts until you actually understand the situation.” – Larry Bison 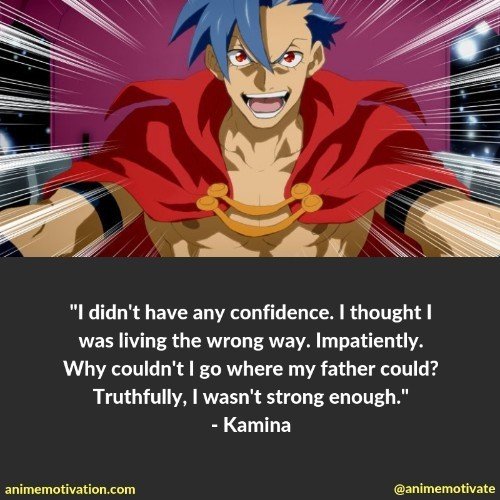 “I didn’t have any confidence. I thought I was living the wrong way. Impatiently. Why couldn’t I go where my father could? Truthfully, I wasn’t strong enough.” – Kamina 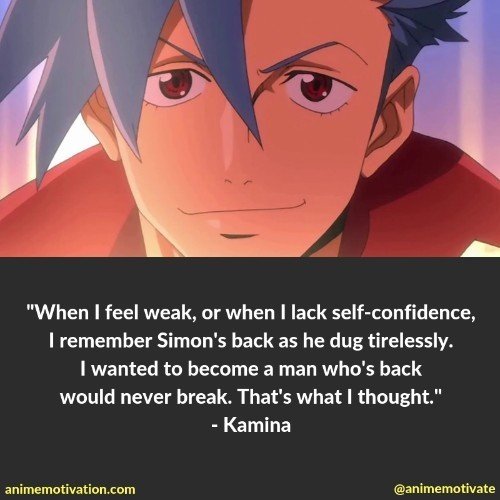 “When I feel weak, or when I lack self-confidence, I remember Simon’s back as he dug tirelessly. I wanted to become a man who’s back would never break. That’s what I thought.” – Kamina 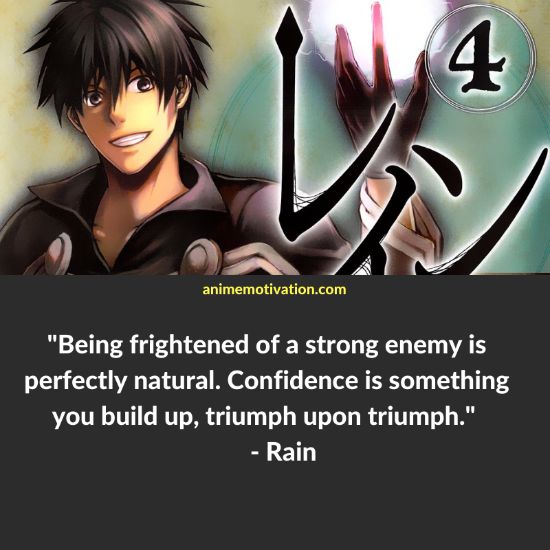 “Being frightened of a strong enemy is perfectly natural. Confidence is something you build up, triumph upon triumph.” – Rain 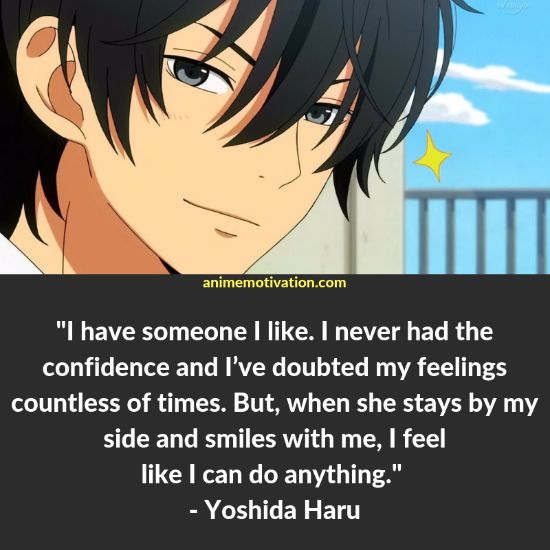 “I have someone I like. I never had the confidence and I’ve doubted my feelings countless of times. But, when she stays by my side and smiles with me, I feel like I can do anything.” – Yoshida Haru 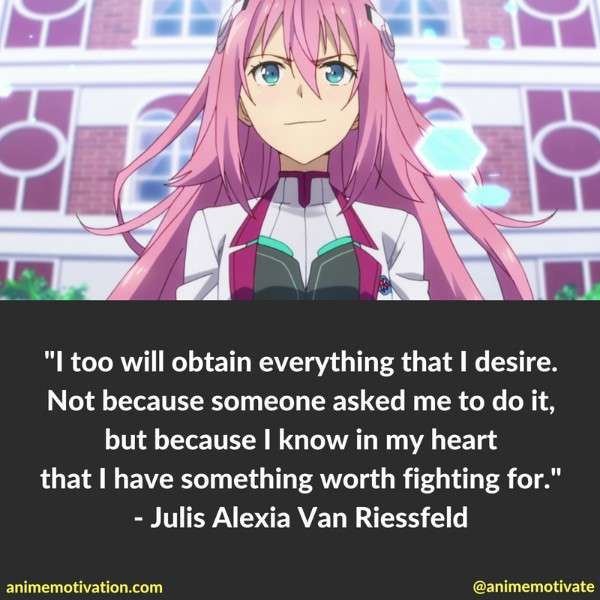 “I too will obtain everything that I desire. Not because someone asked me to do it, but because I know in my heart that I have something worth fighting for.” – Julis Alexia Van Riessfeld 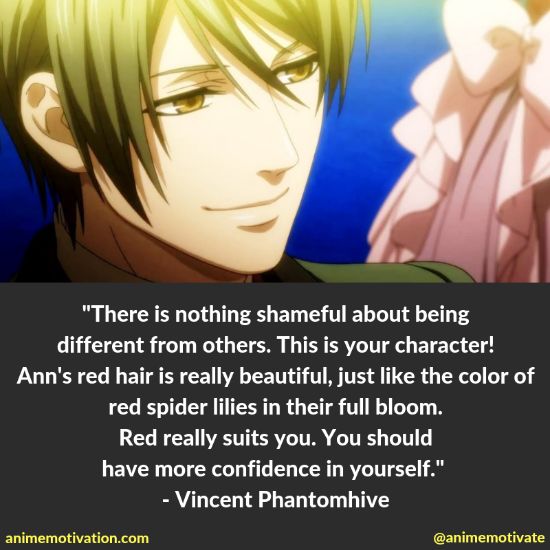 “There is nothing shameful about being different from others. This is your character! Ann’s red hair is really , just like the color of red spider lilies in their full bloom. Red really suits you. You should have more confidence in yourself.” – Vincent Phantomhive 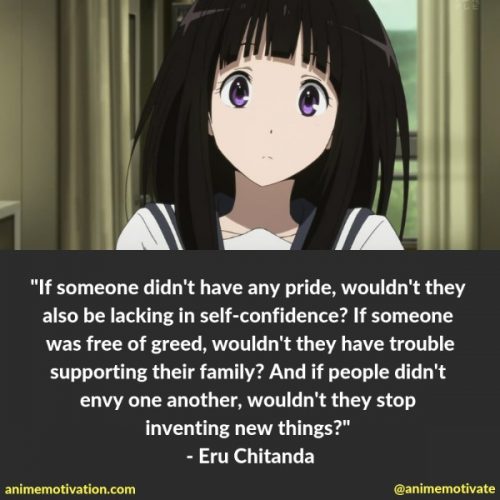 “If someone didn’t have any pride, wouldn’t they also be lacking in self-confidence? If someone was free of greed, wouldn’t they have trouble supporting their family? And if people didn’t envy one another, wouldn’t they stop inventing new things?” – Eru Chitanda 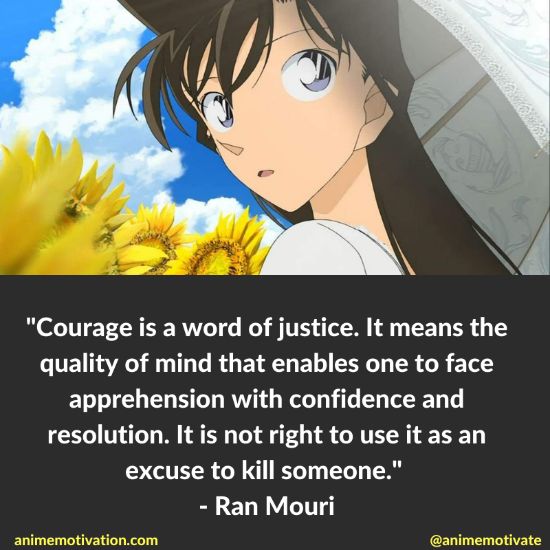 “Courage is a word of justice. It means the quality of mind that enables one to face apprehension with confidence and resolution. It is not right to use it as an excuse to kill someone.” – Ran Mouri 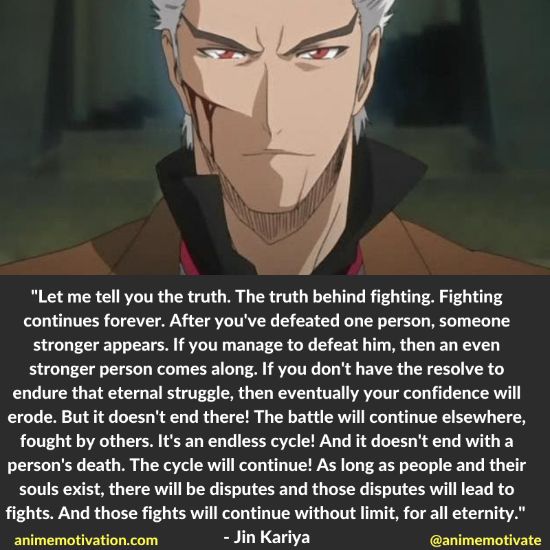 “Let me tell you the truth. The truth behind fighting. Fighting continues forever. After you’ve defeated one person, someone stronger appears. If you manage to defeat him, then an even stronger person comes along. If you don’t have the resolve to endure that eternal struggle, then eventually your confidence will erode. But it doesn’t end there! The battle will continue elsewhere, fought by others. It’s an endless cycle! And it doesn’t end with a person’s death. The cycle will continue! As long as people and their souls exist, there will be disputes and those disputes will lead to fights. And those fights will continue without limit, for all eternity.” – Jin Kariya 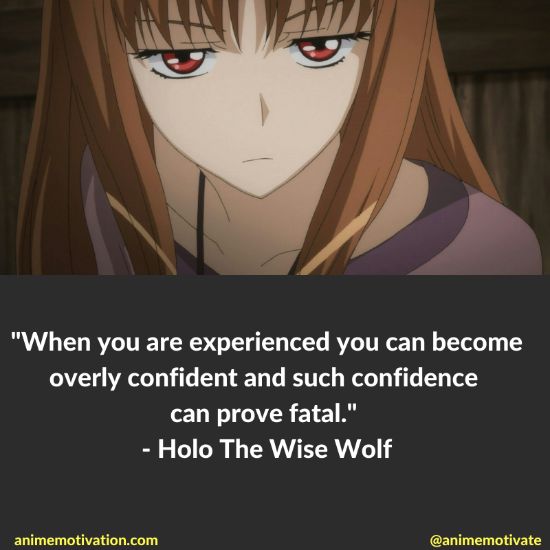 “When you are experienced you can become overly confident and such confidence can prove fatal.” – Holo The Wise Wolf 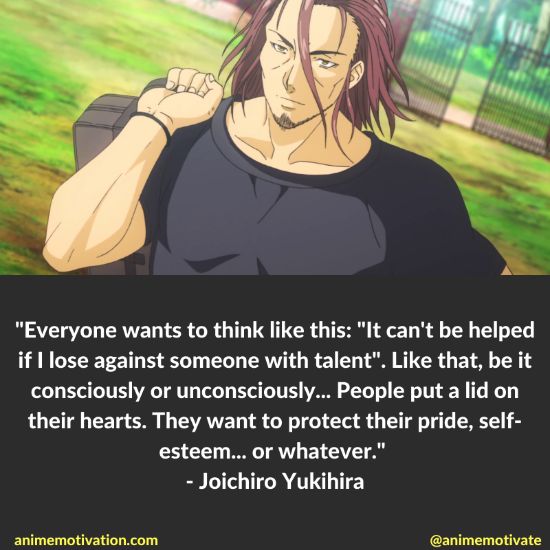 “Everyone wants to think like this: “It can’t be helped if I lose against someone with talent”. Like that, be it consciously or unconsciously… People put a lid on their hearts. They want to protect their pride, self-esteem… or whatever.” – Joichiro Yukihira 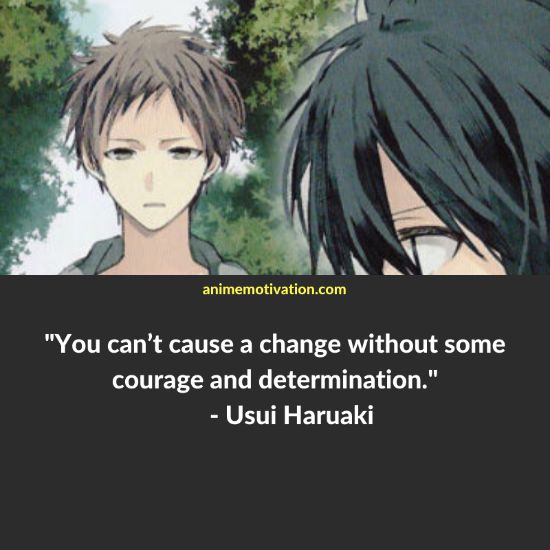 “You can’t cause a change without some courage and determination.” – Usui Haruaki 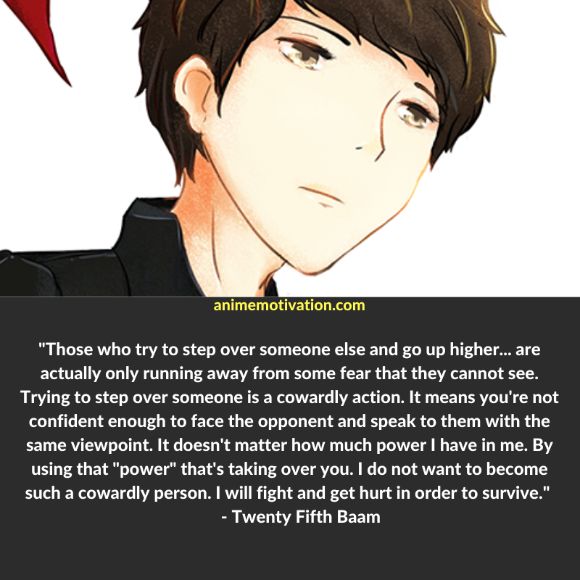 “Those who try to step over someone else and go up higher… are actually only running away from some fear that they cannot see. Trying to step over someone is an cowardly action. It means you’re not confident enough to face the opponent and speak to them with the same viewpoint. It doesn’t matter how much power I have in me. By using that “power” that’s taking over you. I do not want to become such a cowardly person. I will fight and get hurt in order to survive.” – Baam 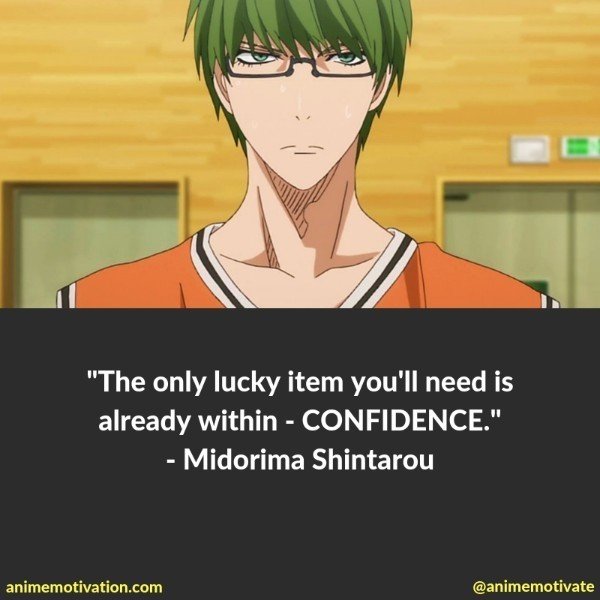 “The only lucky item you’ll need is already within – CONFIDENCE.” – Midorima Shintarou 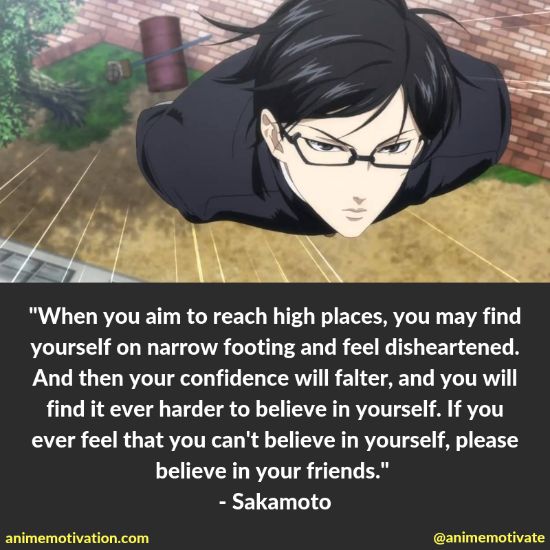 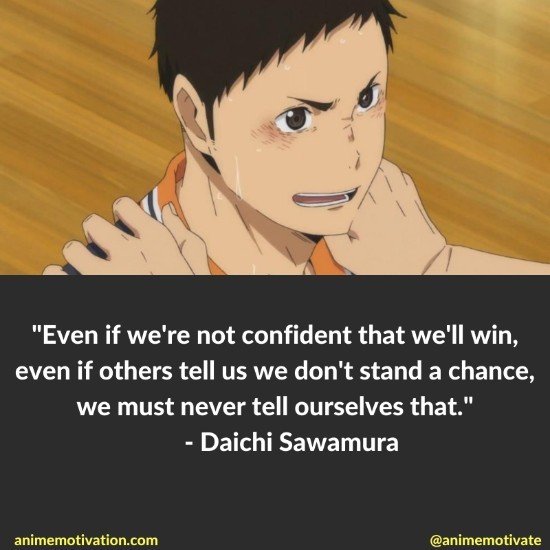 “Even if we’re not confident that we’ll win, even if others tell us we don’t stand a chance, we must never tell ourselves that.” – Daichi Sawamura 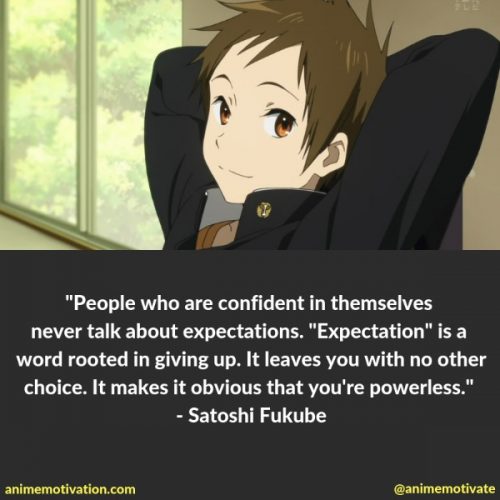 “People who are confident in themselves never talk about expectations. “Expectation” is a word rooted in giving up. It leaves you with no other choice. It makes it obvious that you’re powerless.” – Satoshi Fukube 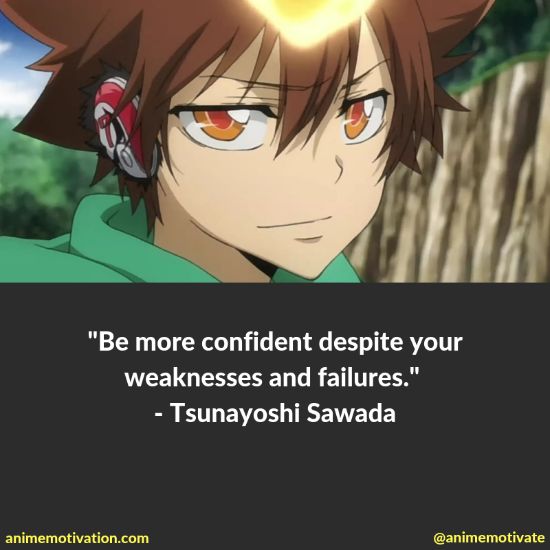 “Be more confident despite your weaknesses and failures.” – Tsunayoshi Sawada 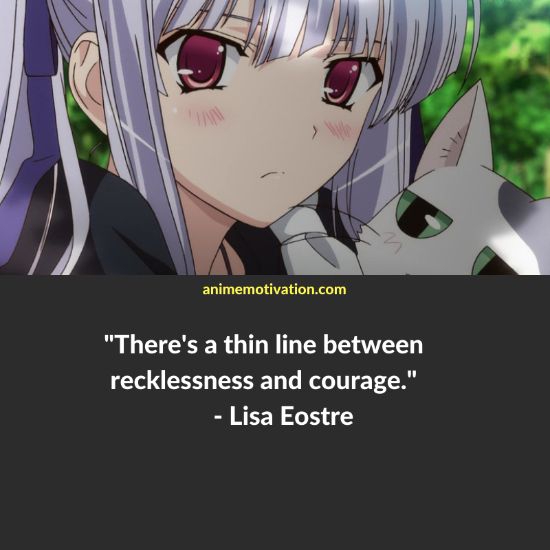 “There’s a thin line between recklessness and courage.” – Lisa Eostre

20. Sehara Quotes (One Thousand And One Nights) 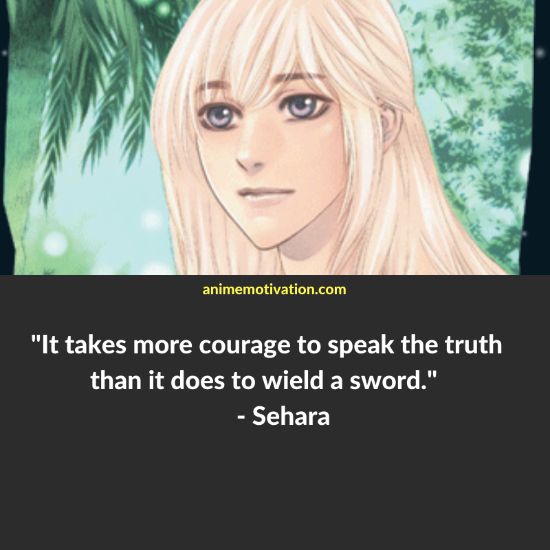 “It takes more courage to speak the truth than it does to wield a sword.” – Sehara 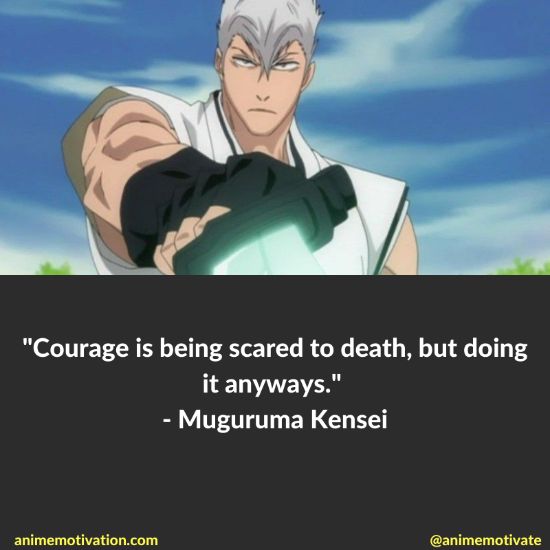 “Courage is being scared to death, but doing it anyways.” – Muguruma Kensei

22. Gokou Ruri Quotes (My Little Sister Can’t Be This ) 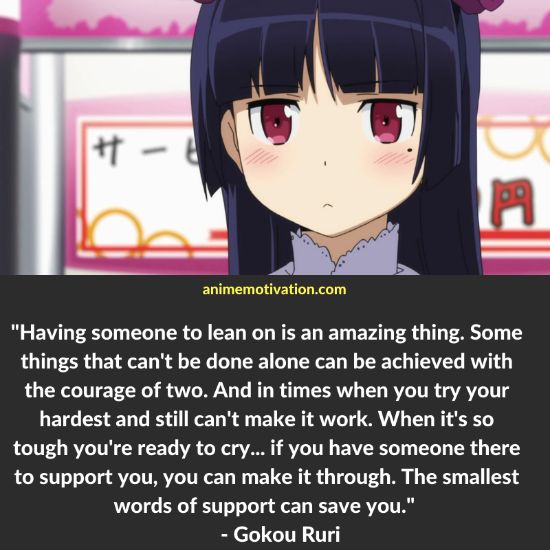 “Having someone to lean on is an amazing thing. Some things that can’t be done alone can be achieved with the courage of two. And in times when you try your hardest and still can’t make it work. When it’s so tough you’re ready to cry… if you have someone there to support you, you can make it through. The smallest words of support can save you.” – Gokou Ruri 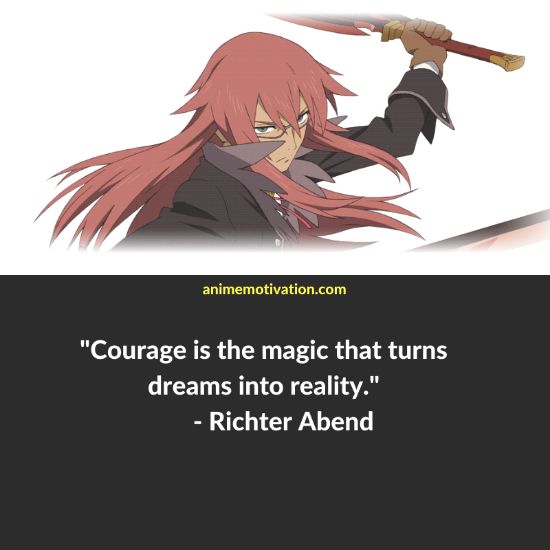 “Courage is the magic that turns dreams into reality.” – Richter Abend 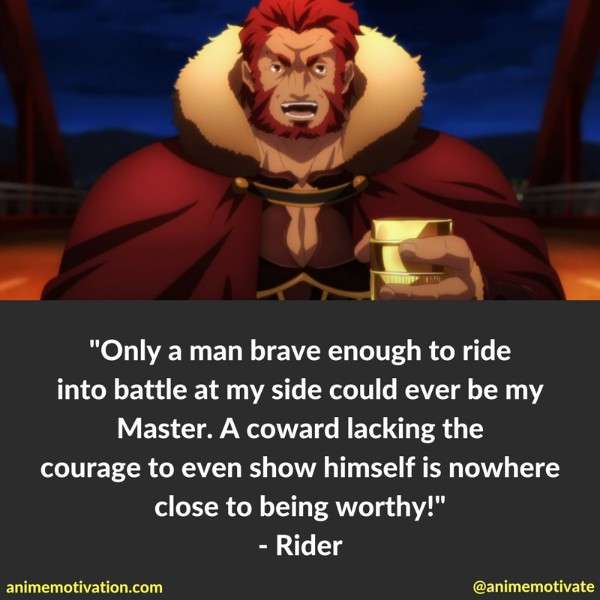 “Only a man brave enough to ride into battle at my side could ever be my Master. A coward lacking the courage to even show himself is nowhere close to being worthy!” – Rider

“Courage is the mindset of not surrendering even if you lack the strength.” – Chun-Woo Han 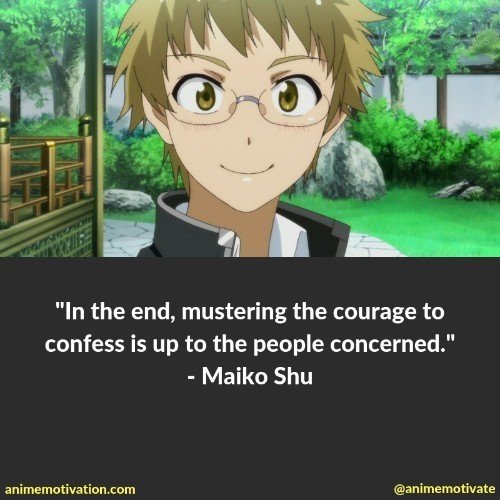 “In the end, mustering the courage to confess is up to the people concerned.” – Maiko Shu 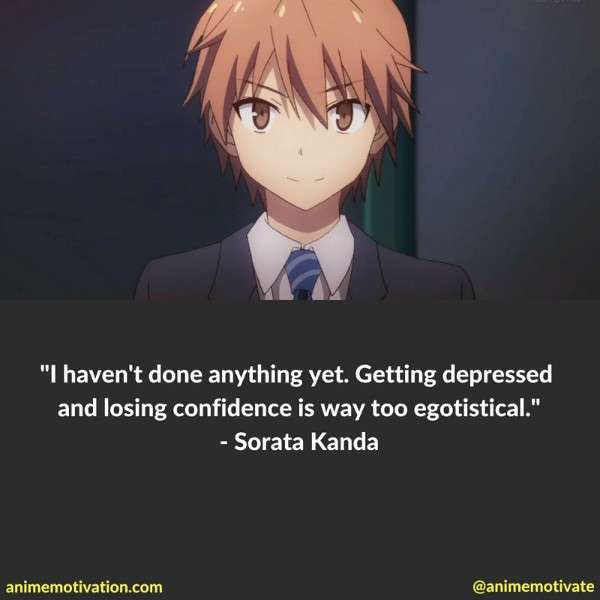 “We humans are miserable creatures. We reject what we fear. We attack because we don’ t understand. Human cowardice… breeds war.” – Biba Amatori 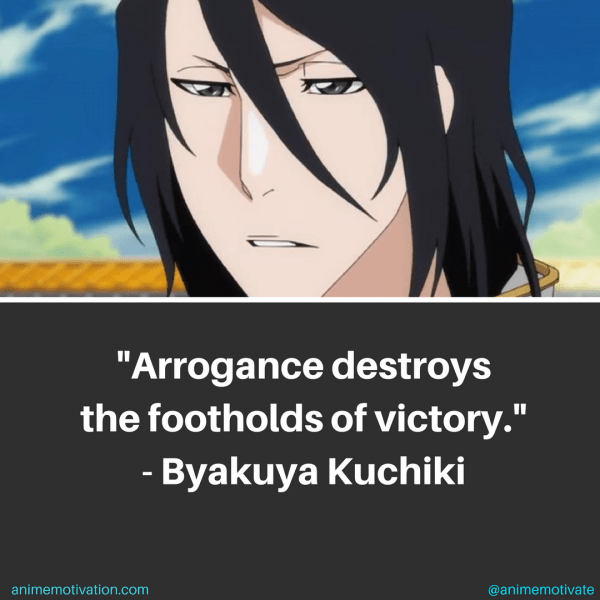 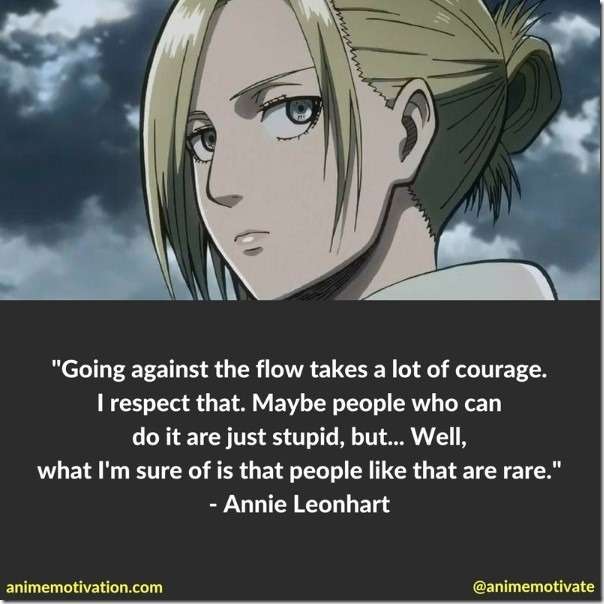 “Going against the flow… takes a lot of courage. I respect that. Maybe people who can do it are just stupid, but… Well… What I’m sure of is that people like that are rare.” – Annie Leonhardt 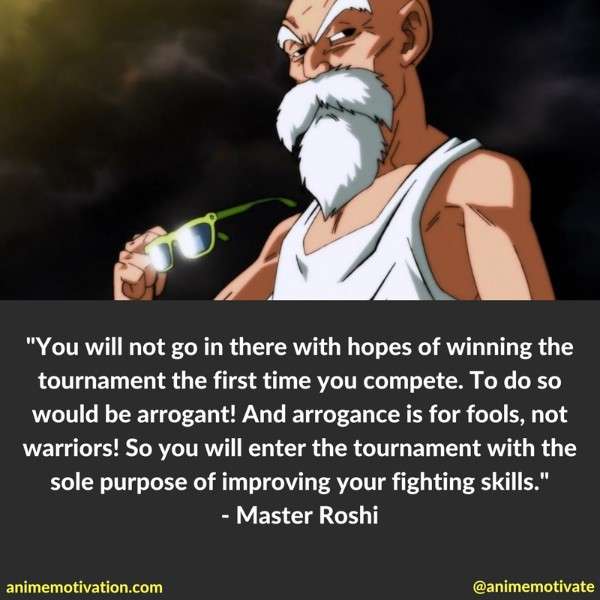 “You will not go in there with hopes of winning the tournament the first time you compete. To do so would be arrogant! And arrogance is for fools, not warriors! So you will enter the tournament with the sole purpose of improving your fighting skills.” – Master Roshi

35 Anime Quotes About Happiness That Will Open Your Mind