Underrated anime characters are at the end of the day, subjective. Just like anything considered underrated.

But even then, there’s still a set of recognizable characters who tend to come up in these conversations. While others aren’t known enough or are dismissed.

Let’s talk about both sides of the stick and even more than that. 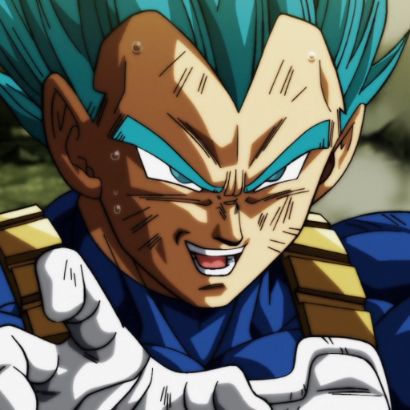 Vegeta is one of those characters I was talking about. Underrated, underappreciated, and as far as the anime’s plot at times, disrespected.

Remember when Vegeta was in the position to destroy Golden Frieza, and the anime pulled the carpet from under his feet?

And made Goku the hero?

Even aside from things like that, Vegeta outshines Goku in most areas of character and personality.

He’s one of the best examples of a father figure, partner, loyal as F, down to earth and has no interest in trying to please others or kiss ass.

He’d be criticized if he lived in modern day society (more so USA) because he ain’t about that bullsh*t. 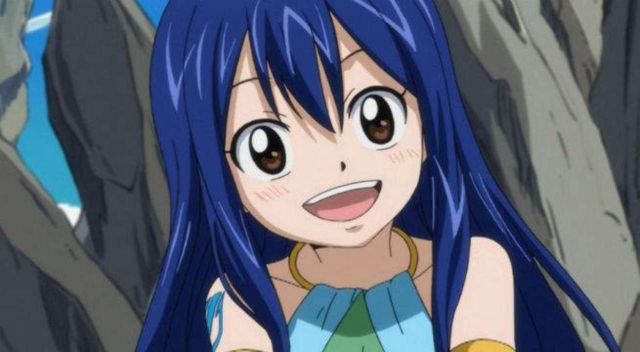 Wendy Marvell is an underrated character not just in general, but especially in .

I have a love hate relationship with the anime, despite it being one of my favorites. But when you consider the fan service, Wendy is even more appreciable.

She starts out as a timid kid with dragon slayer potential. And has Karla screaming in her ear because of how wimpy she is. But for her own good.

The character development we see with Wendy Marvell, and her gradual progress is amazing. It goes unnoticed.

Even for a non main character, she’s memorable enough to be one.

Related: 34 Of The Most Interesting Blue Haired Anime Girls Ever Created 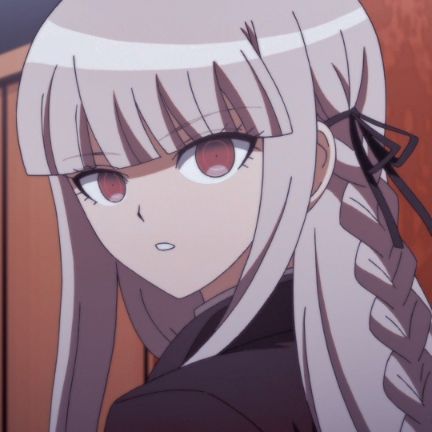 Kyoko Kirigiri is from Danganronpa, adapted from a video game. Not all anime adapted from games go on to be massive series. Even though the anime is known.

That might be why she’s not brought up in conversation so much when talking about great characters.

Kyoko Kirigiri is one of the smartest characters in the industry. Her mind is her weapon, and an attractive trait.

She’d do well if she appeared in an anime series like Psycho Pass! 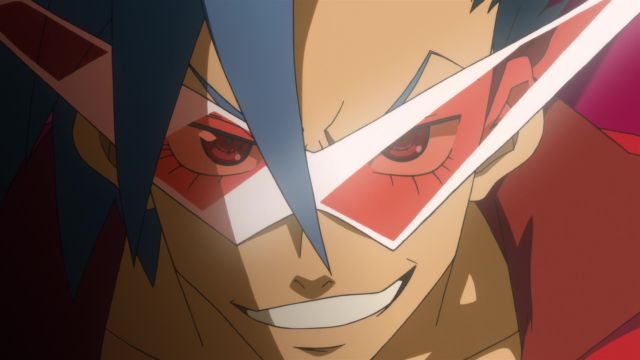 Kamina is a legendary character in my eyes, but maybe not to everyone else. Gurren Lagann fans know what I’m talking about.

If motivation was a person, it would be Kamina. Leads by example, can be a fool, but he has heart and never waivers on his beliefs.

Future Simone only exists because of Kamina, and he’s part of the reason the Gurren Lagann squad breaks free and reaches the surface. 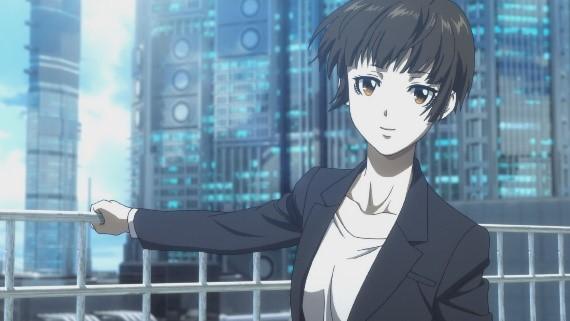 Akane Tsunemori from Psycho Pass is one of the industry’s greatest female characters. And anime characters in general.

She puts a lot of protagonist to shame for how well she’s written, and there’s no fan service or cliches to make it possible. Just pure skill and focus.

Akane isn’t an aggressive type, but she is persistent in her ideals and ideas. And isn’t afraid to share them, even in the face of “authority”.

Take her out of the picture and Psycho Pass can’t function as an anime. Yes, that’s right. Kazuto Kirigaya. Or as most know him – Kirito.

isn’t the greatest anime, but the hate is exaggerated beyond belief. And mostly clickbait.

Kirito’s criticism’s are usually along the lines of:

But that’s cherry picking and purposely taking things out of context because it’s easy to be lazy.

Kirito shows a depth of emotion throughout , and has facets to his character that people miss or just ignore. And his character grows just not in flashy ways like other Shonen protagonists.

If you know, you know. And if you don’t, you won’t and probably aren’t bothered to. But Kirito deserves a little more credit than he gets. 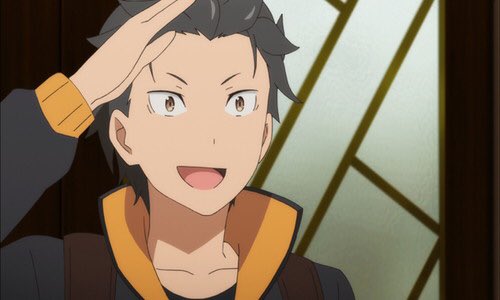 Subaru Natsuki is another character that surprises me for how some fans treat him. The lack of empathy is astonishing and it shows.

Subaru has been through more trauma and tragic experiences than any human, or most characters can claim.

It’s evil. He’s forced to live through all of it because he always comes back to life (return by death).

From a bigger picture, Subaru grows in a visible way. And is sometimes too realistic in the way he’s portrayed.

He’s overlooked as a solid character at times. 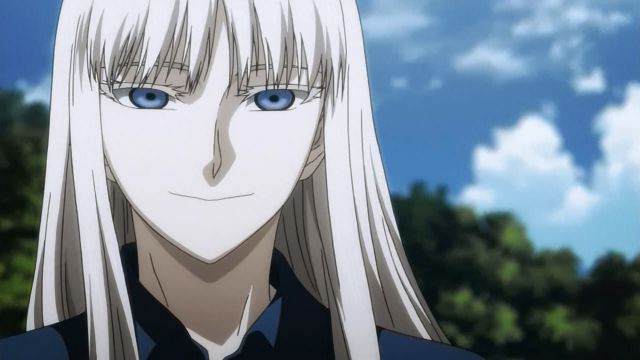 Koko Hekmatyar is a personal favorite. Top 10 for me.

The anime Jormungand is about arms dealers. And is portrayed to a realistic degree.

Koko being a millionaire, hiring bodyguards, and making money off arms dealing brings you into a world no anime has ever done so well.

You get to see Koko’s insecurities, fears, and not just what Americans call “bad ass” or boss moments.

She stands next to Revy Rebecca as a quality character, but isn’t appreciated as much. 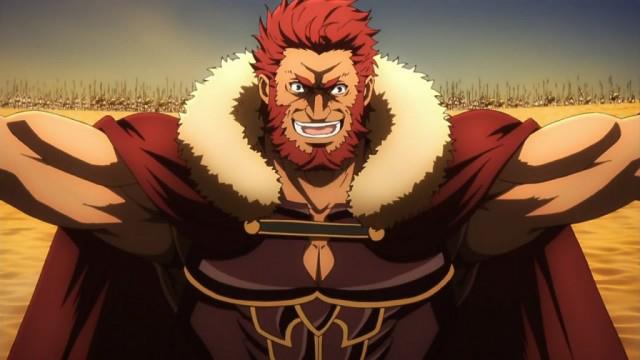 Rider from Fate Zero is one of the anime’s best examples of solid characters. He makes the anime shine so much, it wouldn’t work without him.

Rider has values and principles that are teachable moments, and a sense of humor nobody can deny or downplay.

A genuinely easy going, but serious character with a passion for living his best life, and never compromising on what matters.

Even if that means making mistakes. 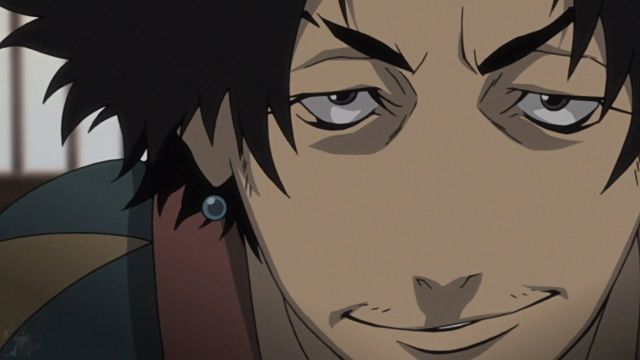 Mugen is a G. That’s really all that needs to be said.

He’s represented so well in Samurai Champloo and is too different to not stand out.

Rough around the edges because of his upbringing, and takes no sh*t from anyone. Even if that means having to die for refusing to bow down.

If Mugen was a quote, it would be one from Tupac: “I’d rather die like a man, than live like a coward.”

Relevant: 19 Of The Most Short Tempered Anime Characters

Ruiko Saten is a character who has no special powers in Railgun. Making her “normal” and seemingly uninteresting.

But it’s not true.

This element makes Ruiko relatable in Railgun. Especially in the “level upper” arc of the series. You can put yourself in her shoes.

With a lot of curiosity and fearlessness when it counts, she’s the reason we get some solid episodes from Railgun overall. And she deserves more credit than she’s given. 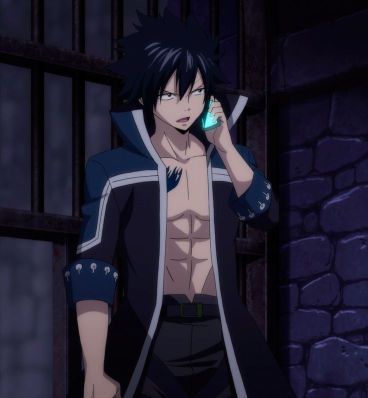 Gray Fullbuster is the quiet guy. The one who’s laid back, chilled, and doesn’t say more than he needs to.

I relate to that.

In the game of romance, he’s similar. Not too flashy and will only pursue it if his heart’s in it, rather than people pleasing.

With ice abilities like ice maker magic, and a purpose in life inspired by a tragic death, Gray brings meaning to .

Outside of ’s community he’s not mentioned more than he should be, and that’s why he’s underrated for me.

His journey speaks for itself.

Saitama is famous. You might even question why he’s mentioned on this list. But I’m not talking about powers or abilities, more so personality and depth.

He loses his hair after training like a maniac, inspired by a time in his life where he was a miserable businessman.

After losing all his hair and becoming the strongest man in the universe, the thrill of winning dies. And he becomes a little depressed and unfulfilled.

Aspects to Saitama’s character (even though the anime is a parody) are so well written. And I say that as someone who’s not the biggest OPM fan.

Underrated to the core. 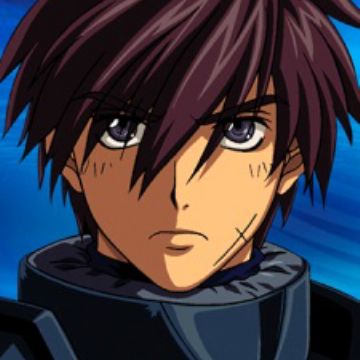 Sousuke Sagara is the main character of Full Metal Panic. An anime series that originally started with Kyoto Animation in the 2000’s.

Full Metal Panic is one of the few Mecha anime still pumping out newer seasons ever since.

Sousuke was a child soldier and has 10 years of experience. He’s only 17-18 years old. His knowledge is deadly.

No other season other than Invisible Victory shows this to a contextual degree. But his character didn’t catch on from a mainstream point of view.

Related: 9 Military Anime Shows That Will Get You Hooked On The Genre 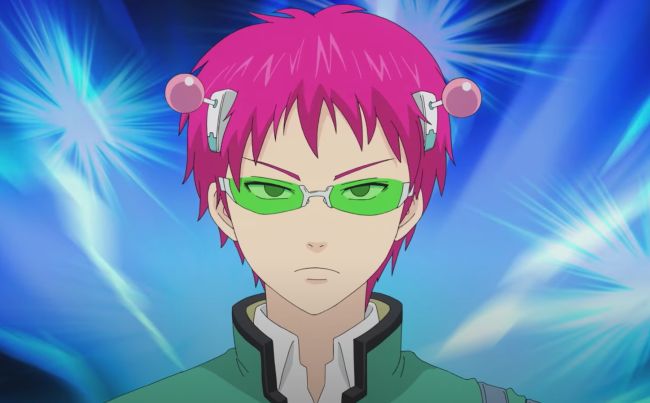 Kusuo Saiki is another character who’s my personal favorite. Relatable in a lot of ways.

He’s an overpowered psychic who wants to be left alone so he can enjoy his life in peace. But that never happens.

Similar to Saitama, it’s not the abilities and powers that makes Kusuo shine, it’s his story, his inner dialogue, and the direction the anime takes.

He’s not as famous as someone like Gintama, but he deserves just as much credit. Holo The Wise Wolf is one half of this fantasy series. She’s the brains of the show. Or the needed “wisdom” when it comes to business.

She’s smart but not cocky. Wise but not arrogant or a show off. And is an insightful person who thinks before she acts.

Easily one of the best female protagonists, and these days, an underrated character who isn’t heard of too much. 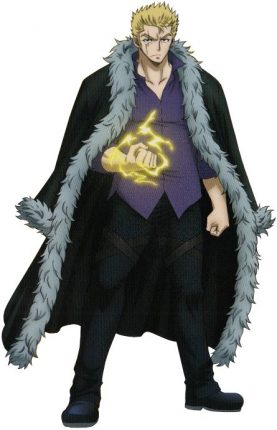 Laxus Dreyar tends to show up when BIG things happen in . So it’s only natural he’s remembered and a relevant FT character.

That said, there’s times where he doesn’t get all the credit he deserved, similar to Vegeta in some ways.

Laxus’s character development and progress is stellar and starts in a big way. And he’s one of the best dressed characters there is. 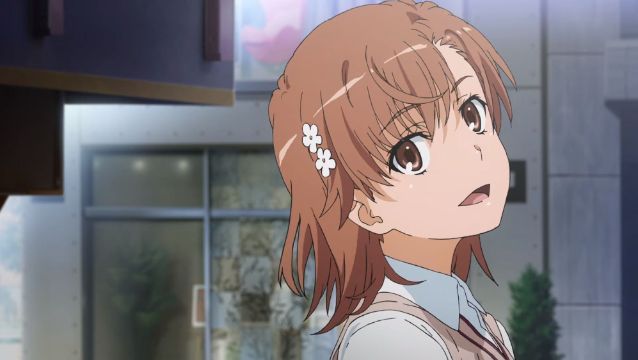 Mikoto Misaka is a stellar female protagonist who doesn’t get as much shine as others. A typical thing with certain female characters in Shonen and similar.

As the Railgun of Tokiwadai middle school, she’s more humble and has more humility than expected.

Down to earth and loyal.

She has a strong sense of responsibility but has the habit of keeping things to herself. And taking the world on her shoulders.

Ambitious and self driven. And has some of the best scenes in action anime. A lot to be like about Misaka.

Michiko Malandro has similar vibes to Revy Rebecca and Kyoko Hekmatyar. But she’s different and stands in her own lane.

Michiko Malandro is rough around the edges like Mugen, and that speaks to her background.

She deserves more credit in the action genre of anime.

15+ Anime Characters Who Are Straight Up Otaku’s & Weebs