Many fans love his quirky, laid back personality and his role as a sensei to .

On the surface he seems like an idiot but his heart is in the right place, and he inspired in so many ways.

Let’s share some of his best quotes that highlights these moments and more. 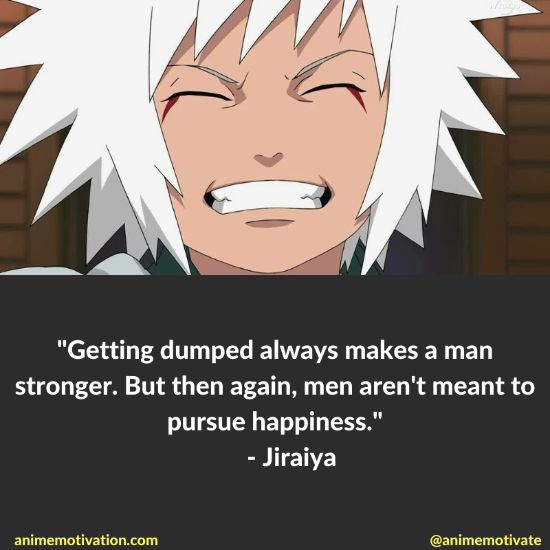 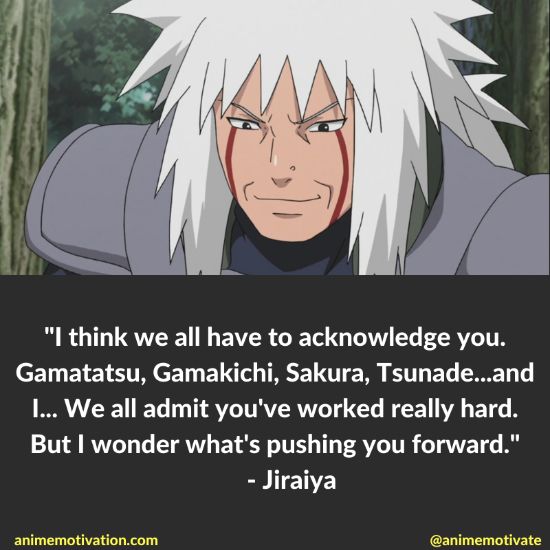 “I think we all have to acknowledge you. Gamatatsu, Gamakichi, Sakura, Tsunade…and I… We all admit you’ve worked really hard. But I wonder what’s pushing you forward.” – Jiraiya 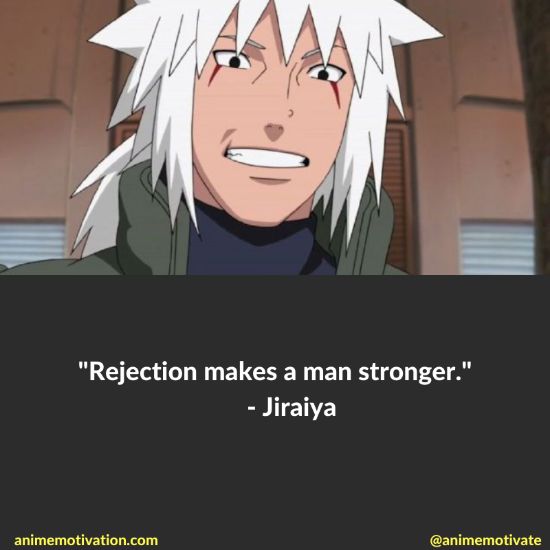 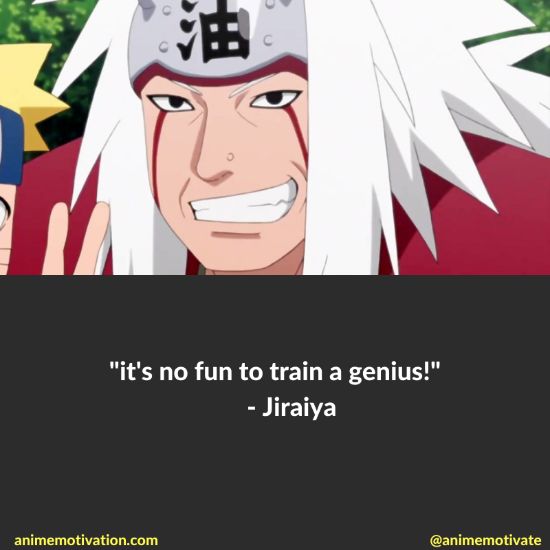 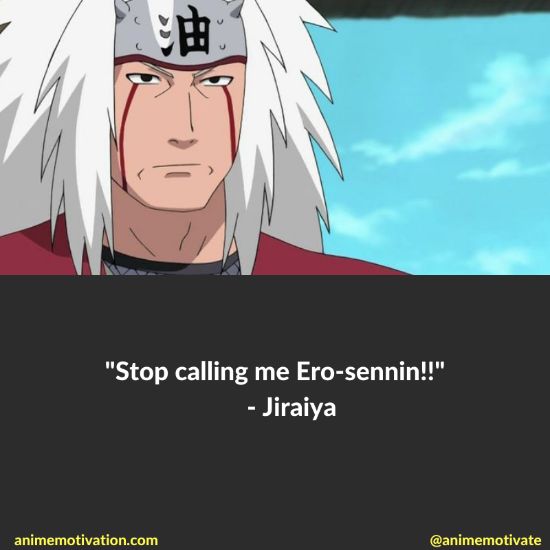 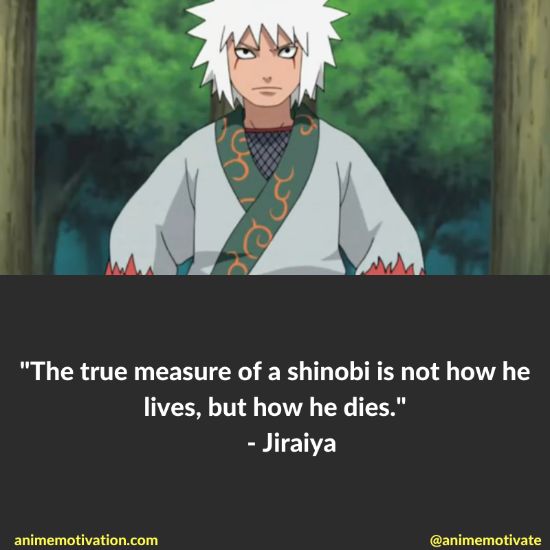 “The true measure of a shinobi is not how he lives, but how he dies.” – Jiraiya 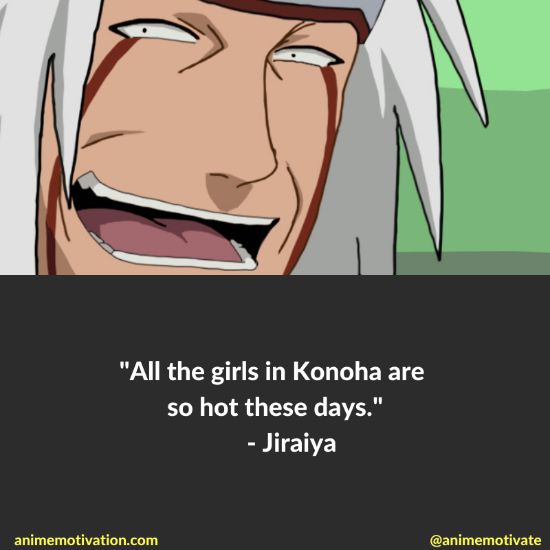 “All the girls in Konoha are so hot these days.” – Jiraiya 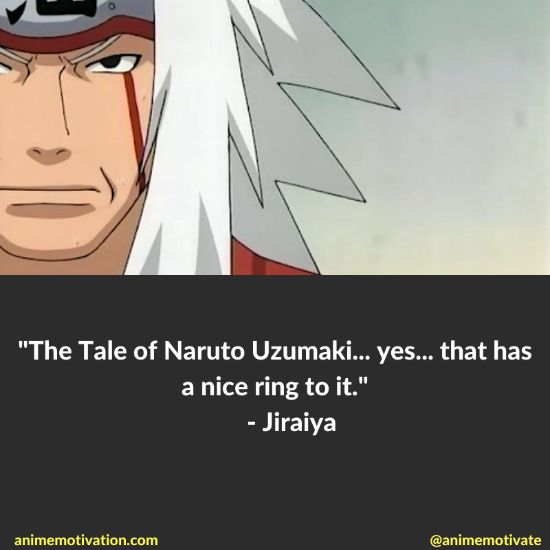 “The Tale of Uzumaki… yes… that has a nice ring to it.” – Jiraiya 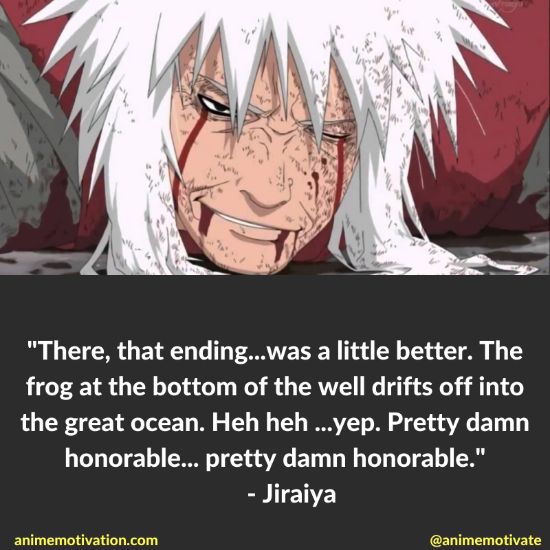 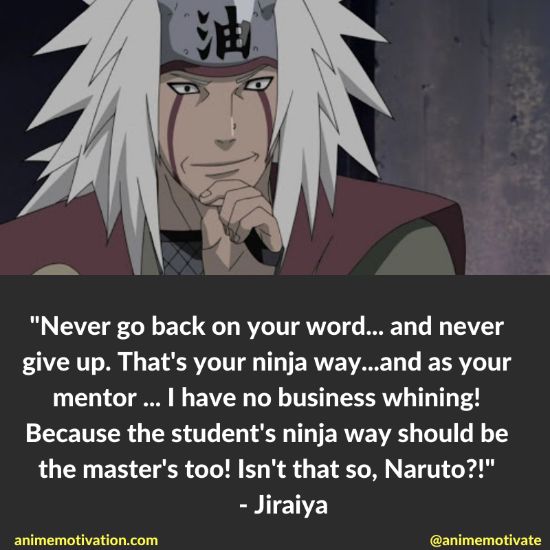 “Never go back on your word…and never give up. That’s your ninja way…and as your mentor … I have no business whining! Because the student’s ninja way should be the master’s too! Isn’t that so, ?!” – Jiraiya 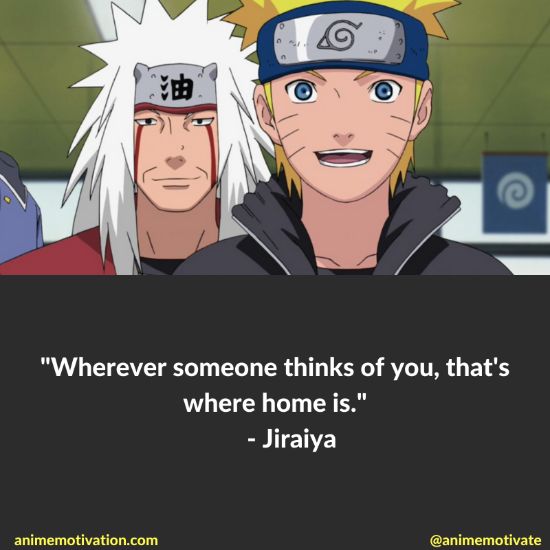 “Wherever someone thinks of you, that’s where home is.” – Jiraiya 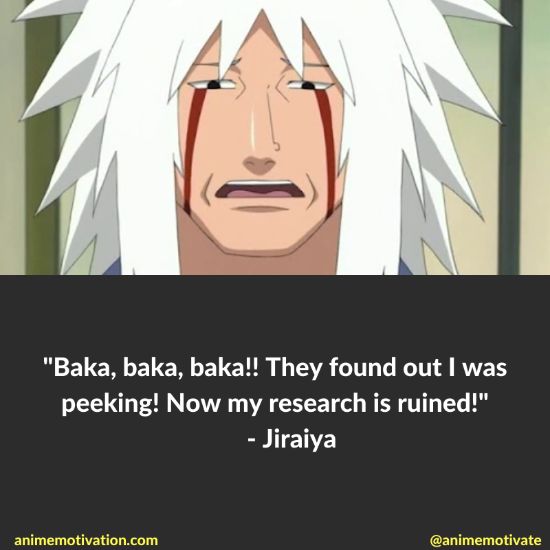 “Baka, baka, baka!! They found out I was peeking! Now my research is ruined!” – Jiraiya 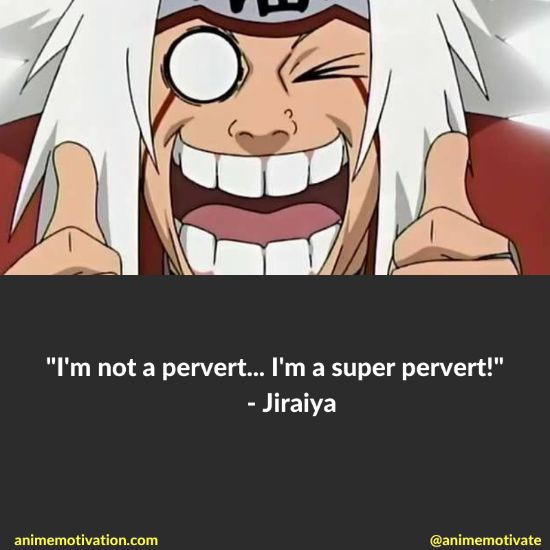 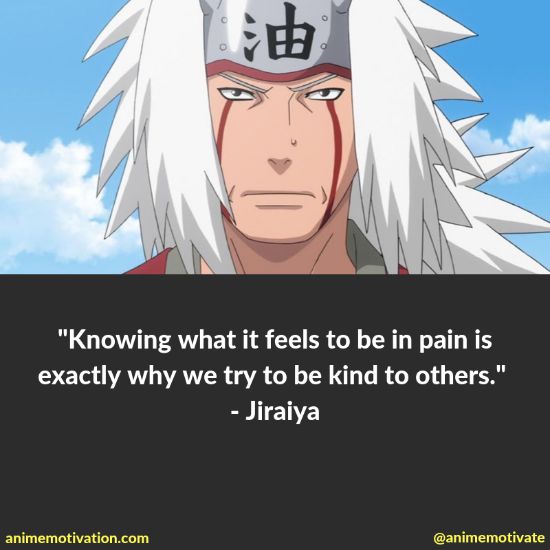 “Knowing what it feels to be in pain is exactly why we try to be kind to others.” – Jiraiya 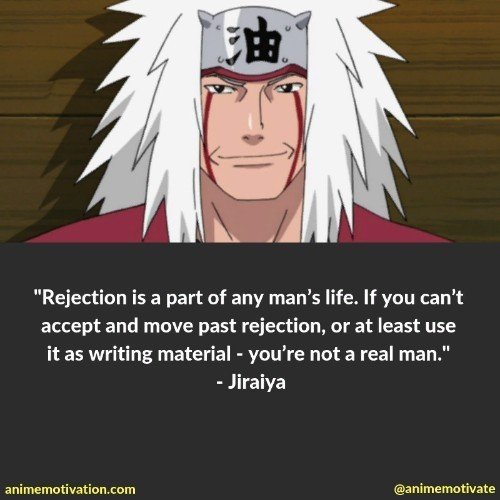 “Rejection is a part of any man’s life. If you can’t accept and move past rejection, or at least use it as writing material – you’re not a real man.” – Jiraiya 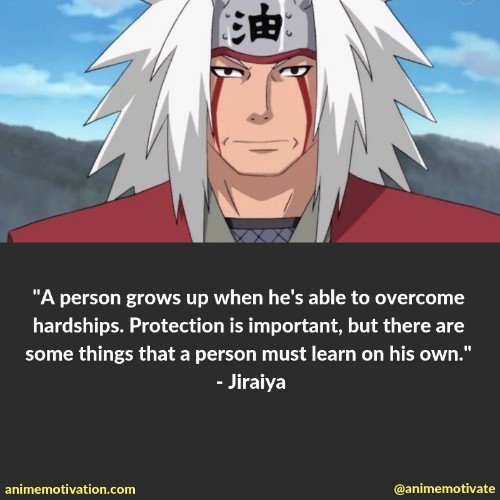 “A person grows up when he’s able to overcome hardships. Protection is important, but there are some things that a person must learn on his own.” – Jiraiya 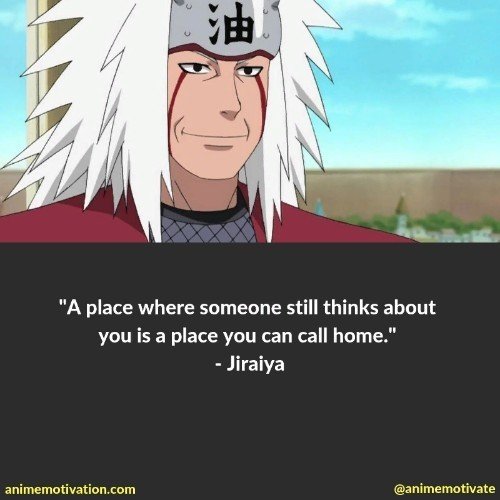 “A place where someone still thinks about you is a place you can call home.” – Jiraiya 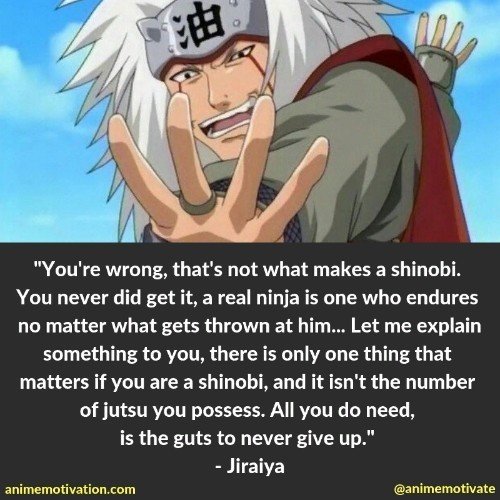 “You’re wrong, that’s not what makes a shinobi. You never did get it, a real ninja is one who endures no matter what gets thrown at him… Let me explain something to you, there is only one thing that matters if you are a shinobi, and it isn’t the number of jutsu you possess. All you do need, is the guts to never give up.” – Jiraiya 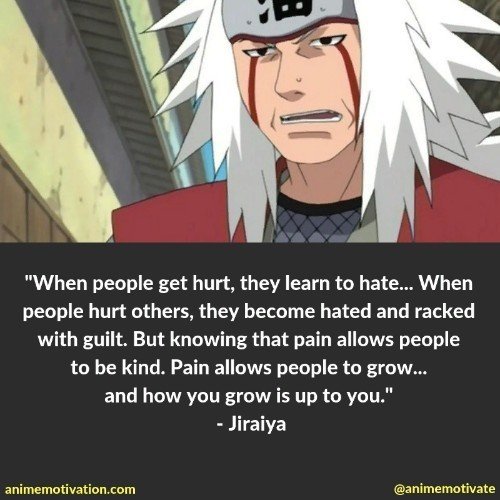 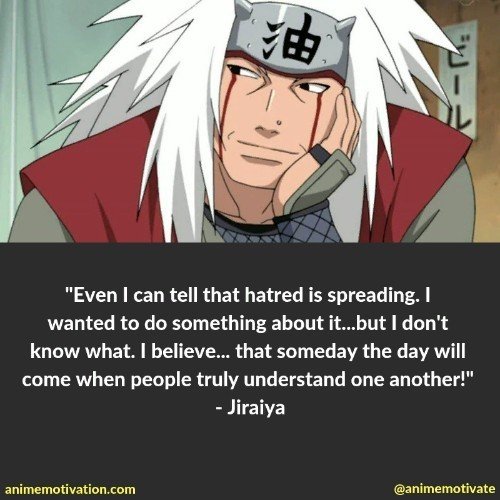 “Even I can tell that hatred is spreading. I wanted to do something about it…but I don’t know what. I believe… that someday the day will come when people truly understand one another!” – Jiraiya