Higehiro, or in English: I Shaved. Then I Brought a High School Girl Home.

Made by Project No. 9 studios. A fairly small studio with 30+ shows.

Being a drama series the naturally has some good quotes. And the characters circumstances plays a role in making it meaningful, or sometimes just character defining.

Here’s the best quotes from the . 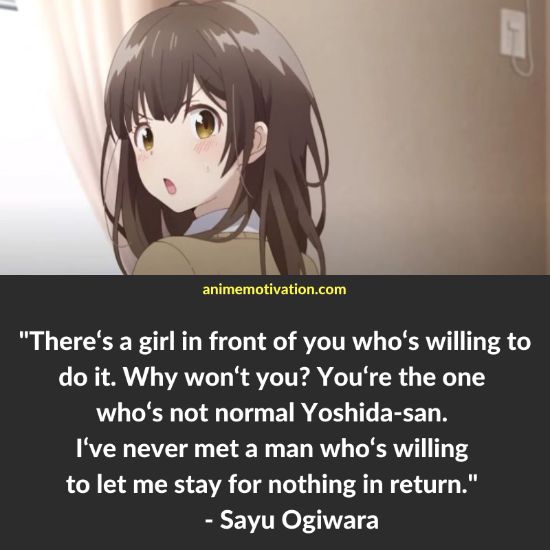 “There‘s a girl in front of you who‘s willing to do it. Why won‘t you? You‘re the one who‘s not normal Yoshida-san. I‘ve never met a man who‘s willing to let me stay for nothing in return.” – Sayu Ogiwara 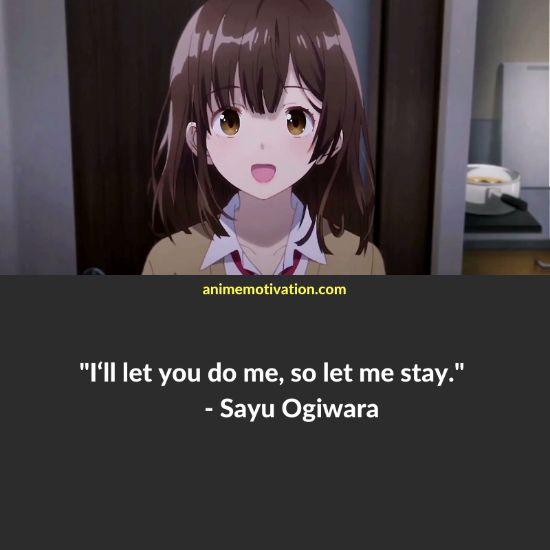 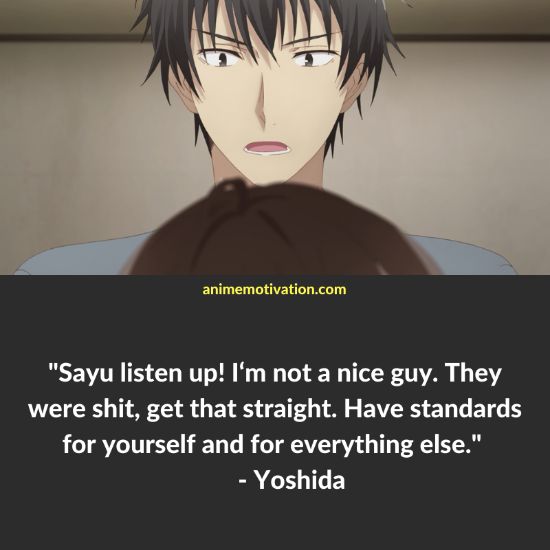 “Sayu listen up! I‘m not a nice guy. They were sh*t, get that straight. Have standards for yourself and for everything else.” – Yoshida 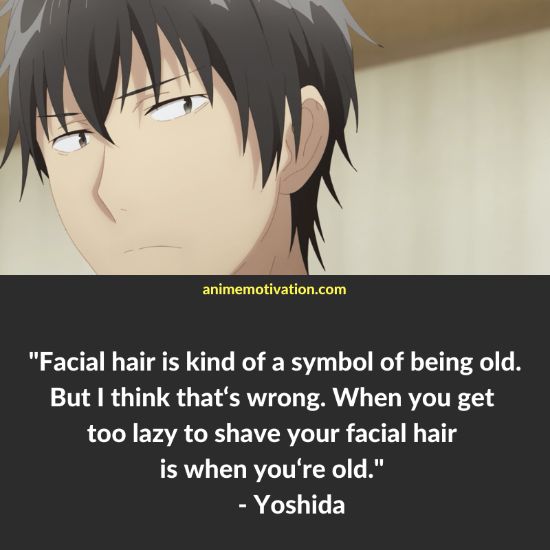 “Facial hair is kind of a symbol of being old. But I think that‘s wrong. When you get too lazy to shave your facial hair is when you‘re old.” – Yoshida 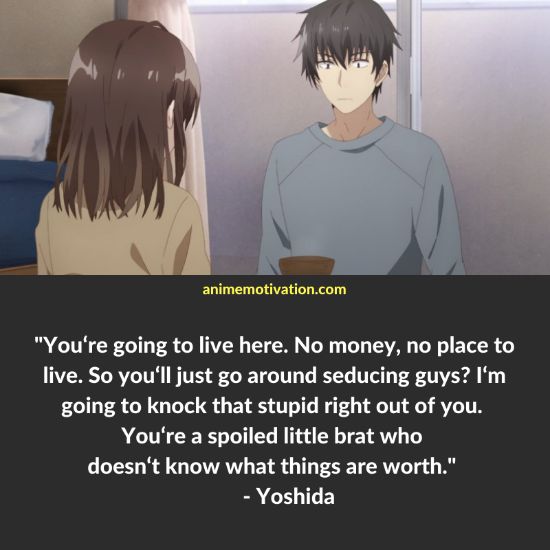 “You‘re going to live here. No money, no place to live. So you‘ll just go around seducing guys? I‘m going to knock that stupid right out of you. You‘re a spoiled little brat who doesn‘t know what things are worth.” – Yoshida 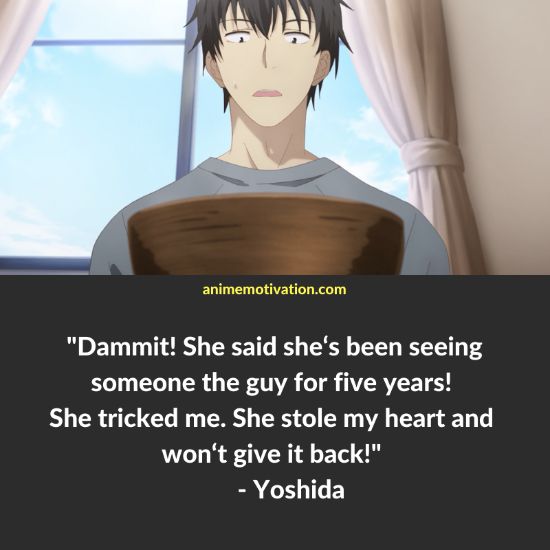 “Dammit! She said she‘s been seeing someone the guy for five years! She tricked me. She stole my heart and won‘t give it back!” – Yoshida

60+ Of The Greatest RWBY Quotes