Izuku Midoriya, or “Deku” naturally has some of the best quotes from . Being a protagonist, and his journey.

He’s criticized for being a so called “crybaby” but in reality this is his initial stage. And a lot of his quotes represent his transition and progress as a character in the series.

Some you can relate to, others a reminder of moments in .

Either way, here’s his best lines! 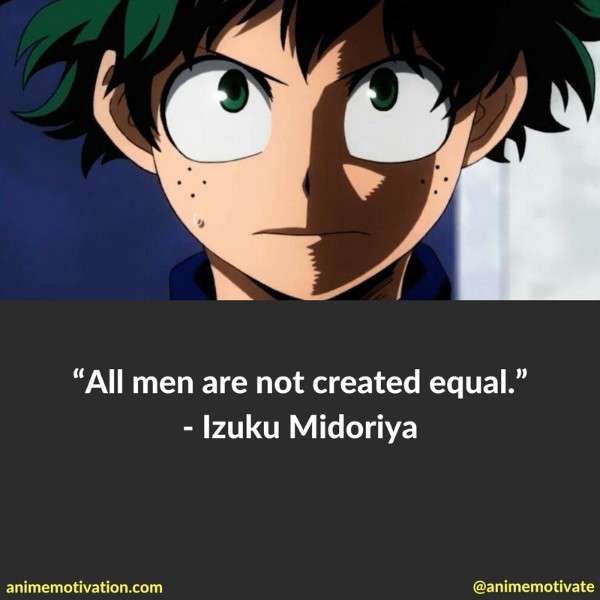 “All men are not created equal.” – Izuku Midoriya 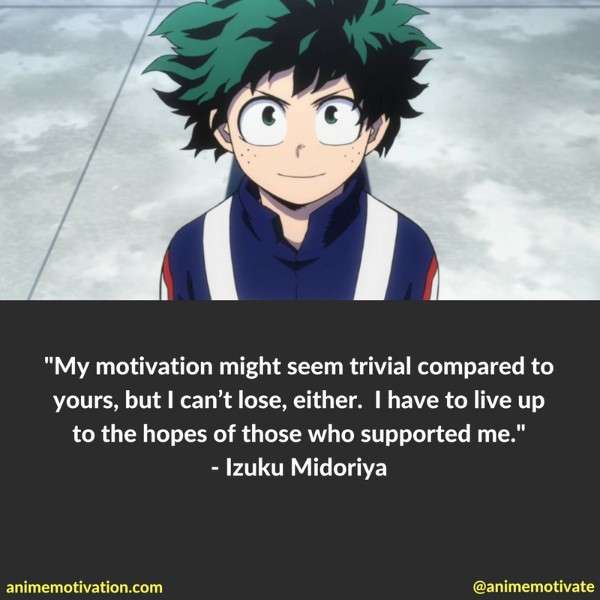 “My motivation might seem trivial compared to yours, but I can’t lose, either.  I have to live up to the hopes of those who supported me.” – Izuku Midoriya 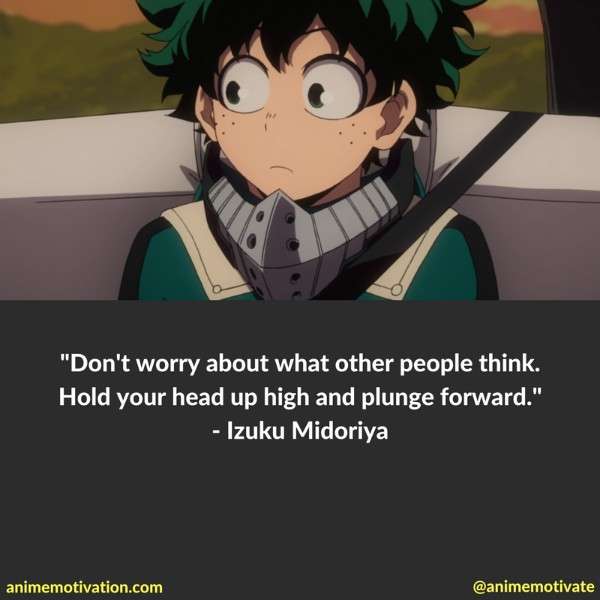 “Don’t worry about what other people think. Hold your head up high and plunge forward.” – Izuku Midoriya 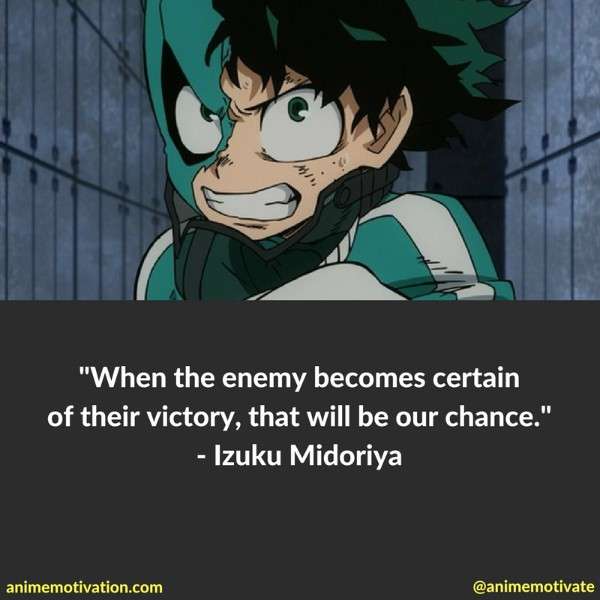 “When the enemy becomes certain of their victory, that will be our chance.” – Izuku Midoriya 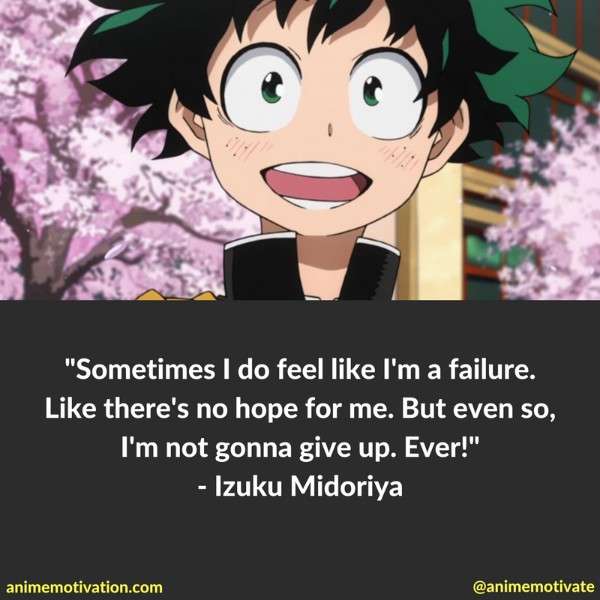 “Sometimes I do feel like I’m a failure. Like there’s no hope for me. But even so, I’m not gonna give up. Ever!” – Izuku Midoriya 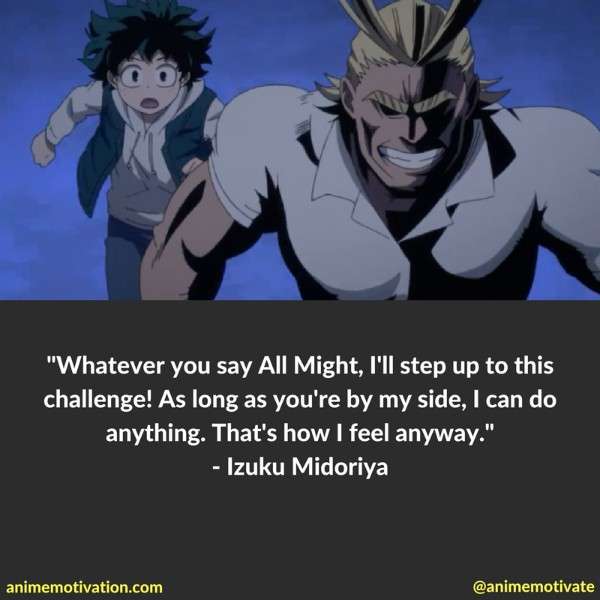 “Whatever you say All Might, I’ll step up to this challenge! As long as you’re by my side, I can do anything. That’s how I feel anyway.” – Izuku Midoriya 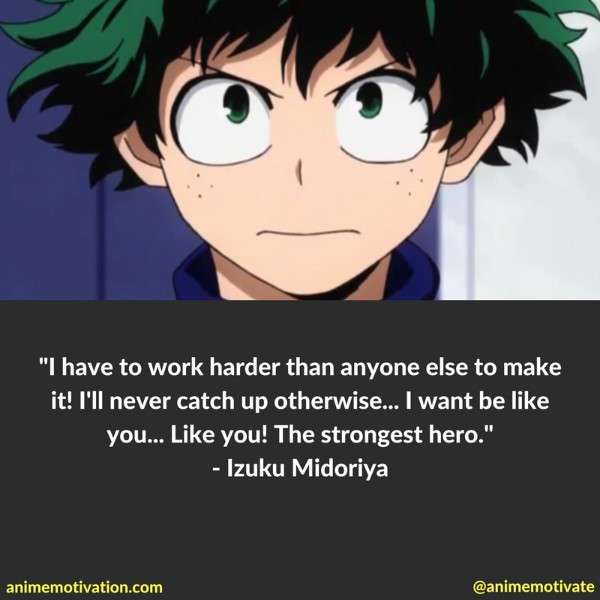 “I have to work harder than anyone else to make it! I’ll never catch up otherwise… I want be like you… Like you! The strongest hero.” – Izuku Midoriya 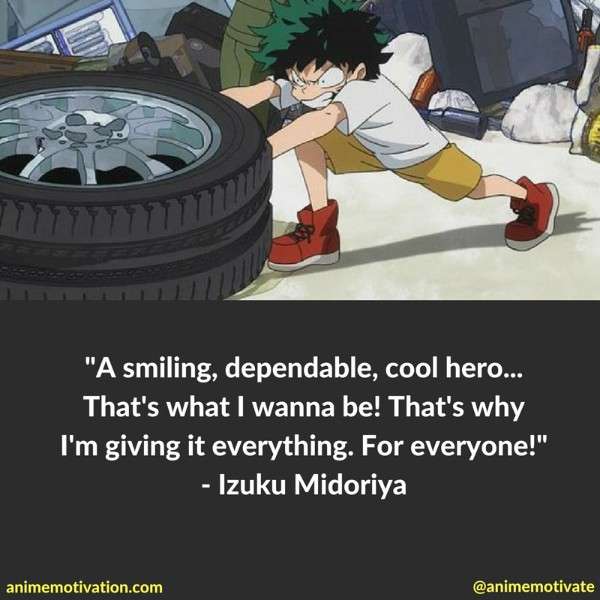 “A smiling, dependable, cool hero… That’s what I wanna be! That’s why I’m giving it everything. For everyone!” – Izuku Midoriya 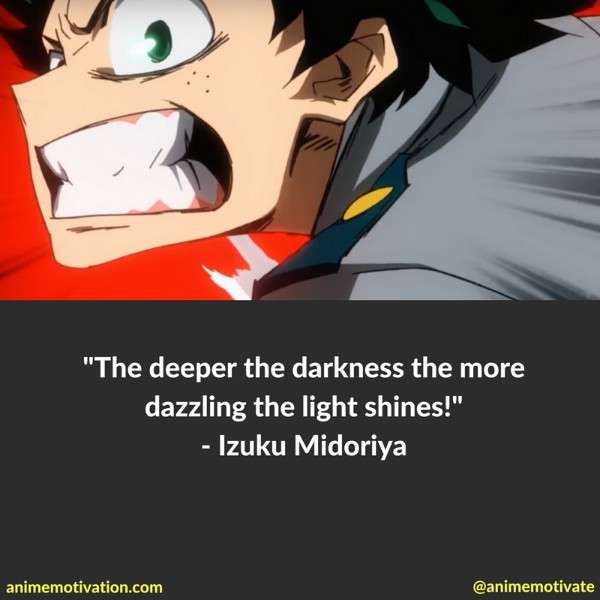 “The deeper the darkness the more dazzling the light shines!” – Izuku Midoriya 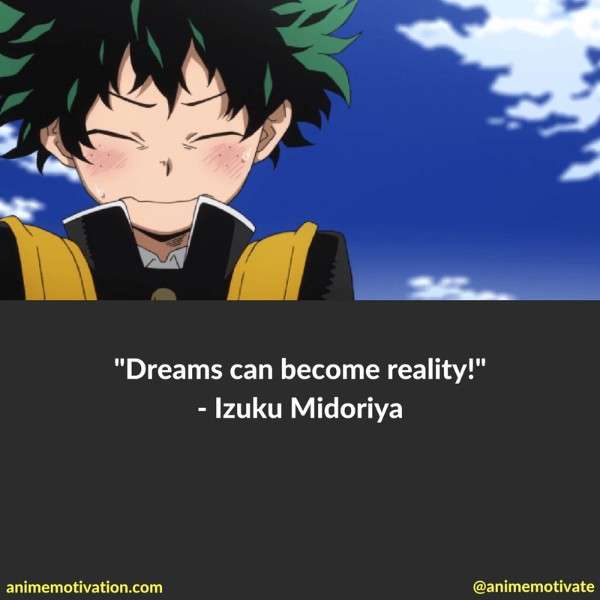 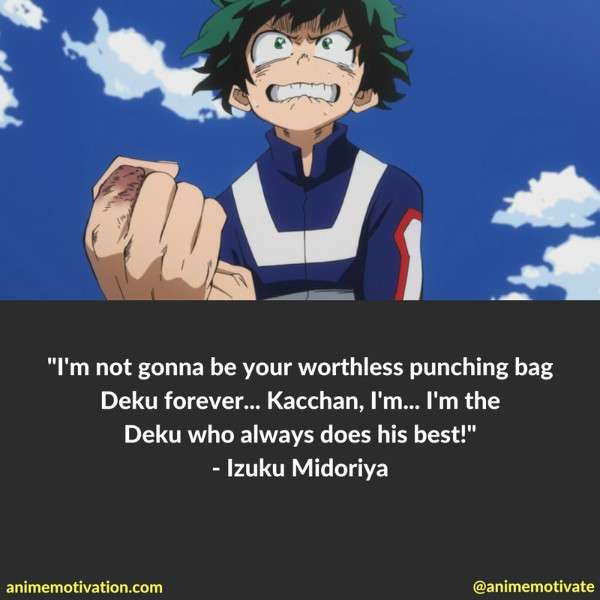 “I’m not gonna be your worthless punching bag-Deku forever… Kacchan, I’m… I’m the Deku who always does his best!” – Izuku Midoriya 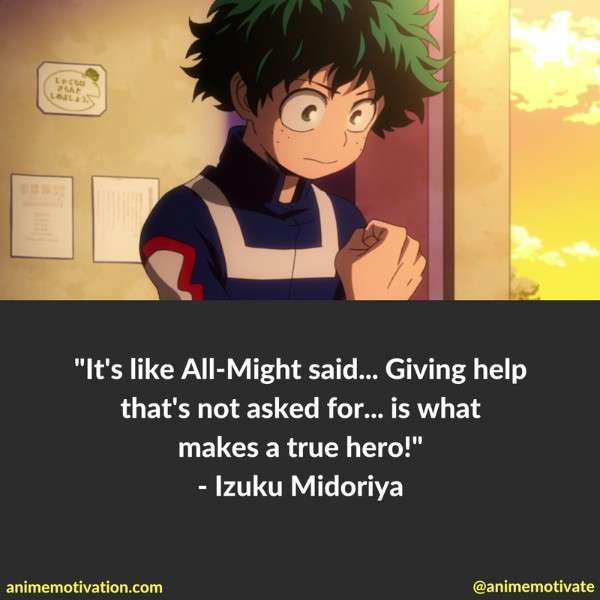 “It’s like All-Might said… Giving help that’s not asked for… is what makes a true hero!” – Izuku Midoriya

The 22+ Greatest Naofumi Iwatani Quotes That Are Meaningful