She’s seen as a role model and a mentor to the other magical girls. Especially .

Whether you’ve watched or not, you’ll be able to appreciate these Mami Tomoe quotes.

If you have any future suggestions for quotes, you can share those in the comments. 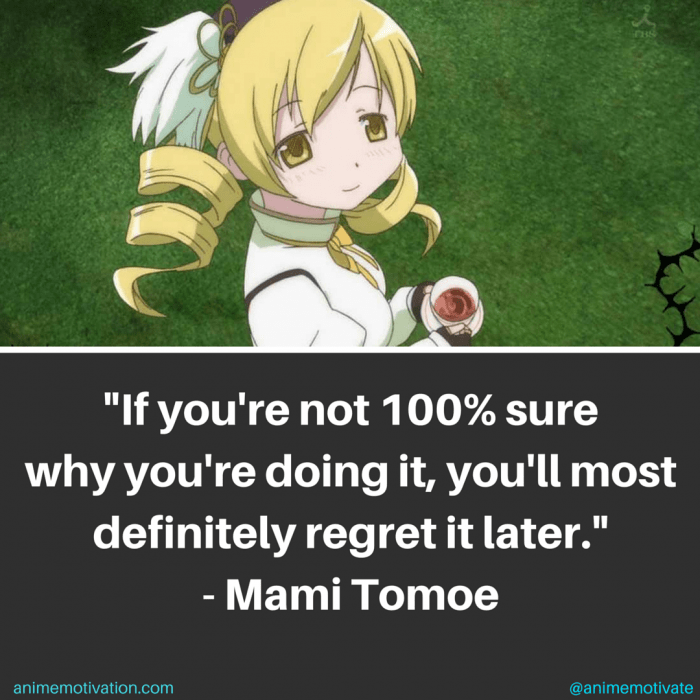 “If you’re not 100% sure why you’re doing it, you’ll most certainly regret it later.” – Mami Tomoe

It’s better to make the right choice than it is to rush and do something you’ll regret. 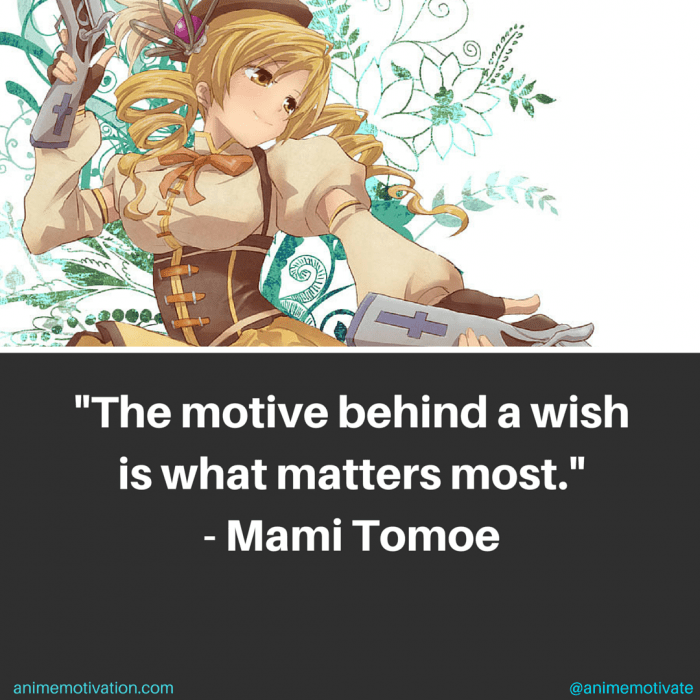 “The motive behind a wish is what matters most.” – Mami Tomoe

Make sure there’s a good enough reason behind your actions, and the things you want. Motive matters. 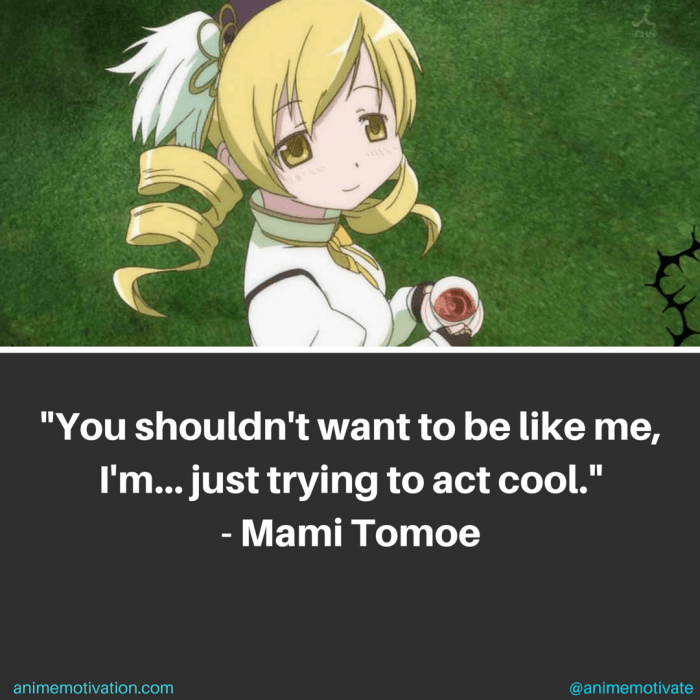 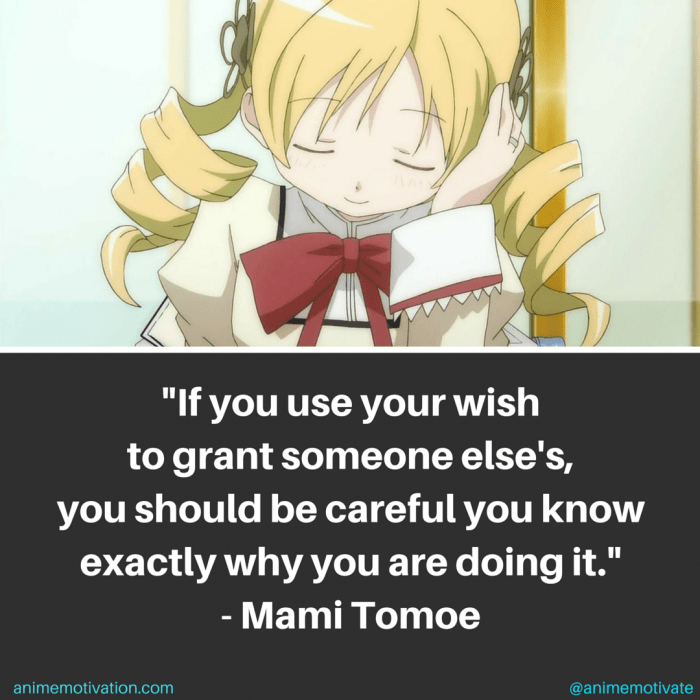 “If you use your wish to grant someone else’s, you should be careful you know exactly why you are doing it.” – Mami Tomoe

Put that into consideration before you make decisions that will impact other people’s lives. 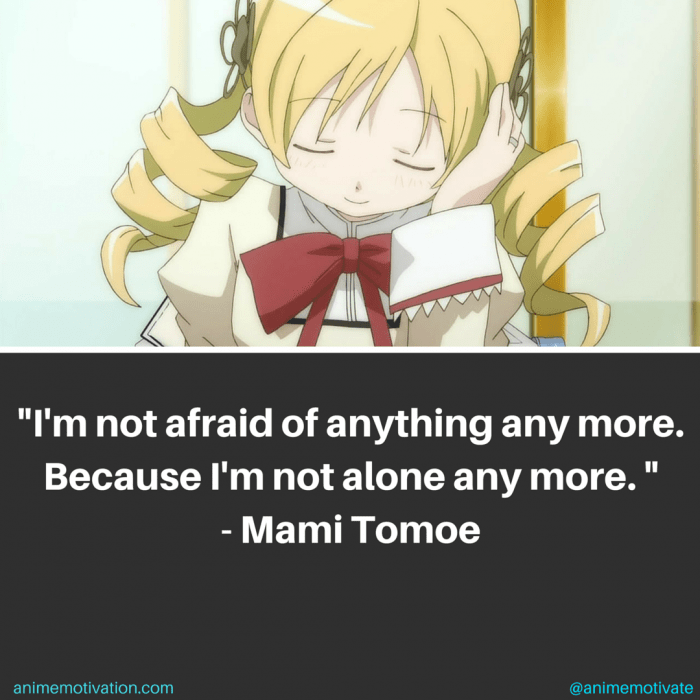 “I’m not afraid of anything anymore. Because I’m not alone anymore.” – Mami Tomoe 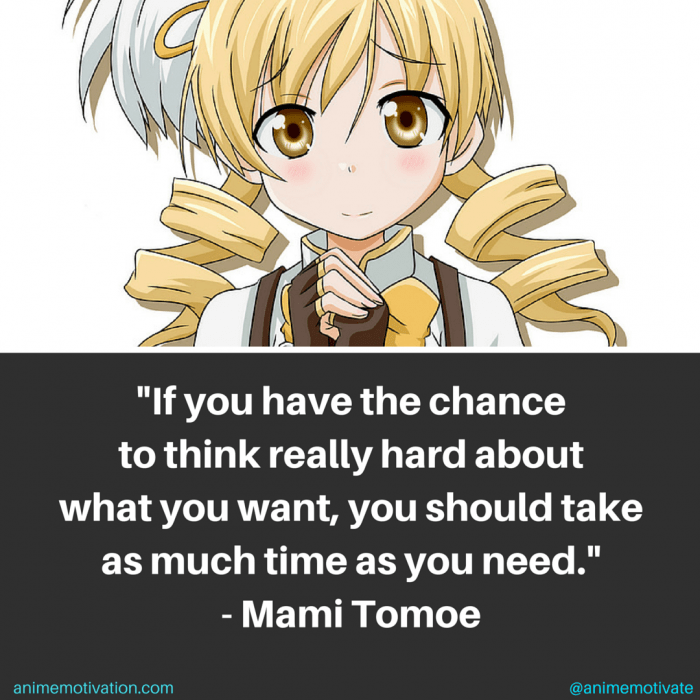 “If you have the chance to think really hard about what you want, you should take as much time as you need.” – Mami Tomoe

Think it through, look at the facts, decide if it’s worth it then go for it. 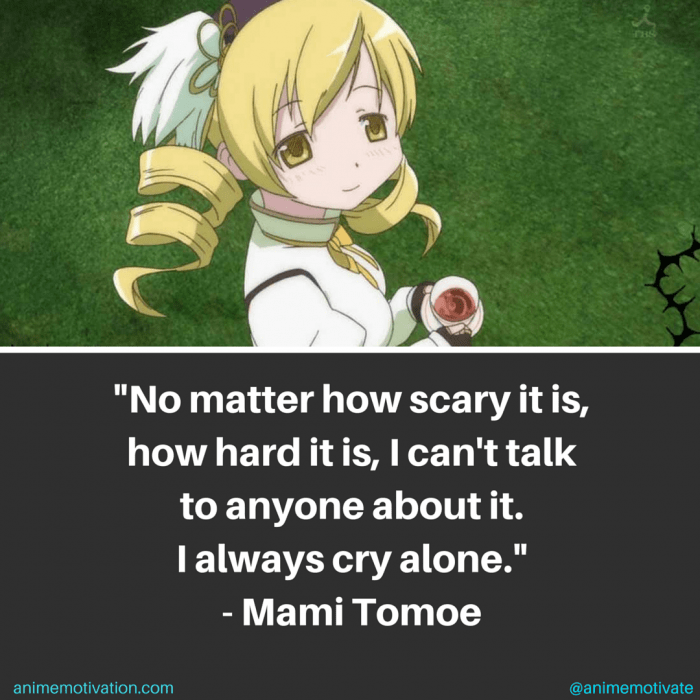 “No matter how scary it is, how hard it is, I can’t talk to anyone about it. I always cry alone.” – Mami Tomoe 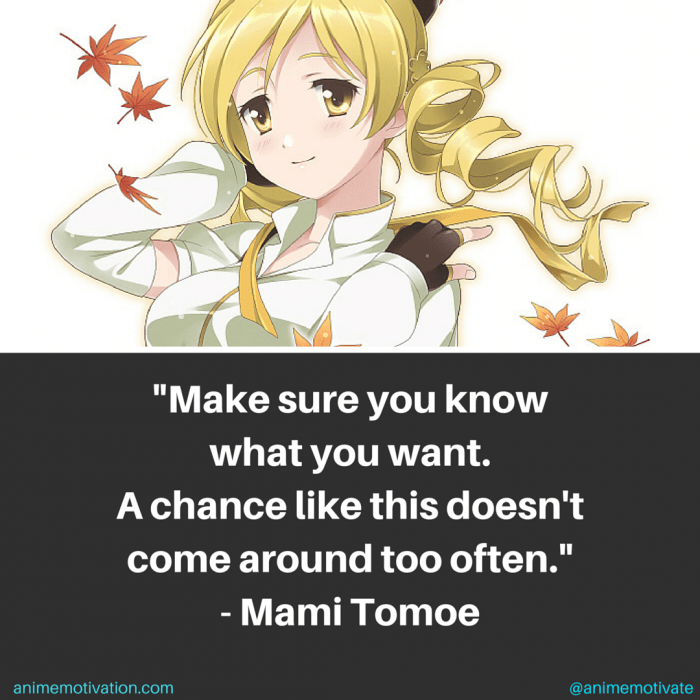 “Make sure you know what you want. A chance like this doesn’t come around too often.” – Mami Tomoe

You may never get a second chance. 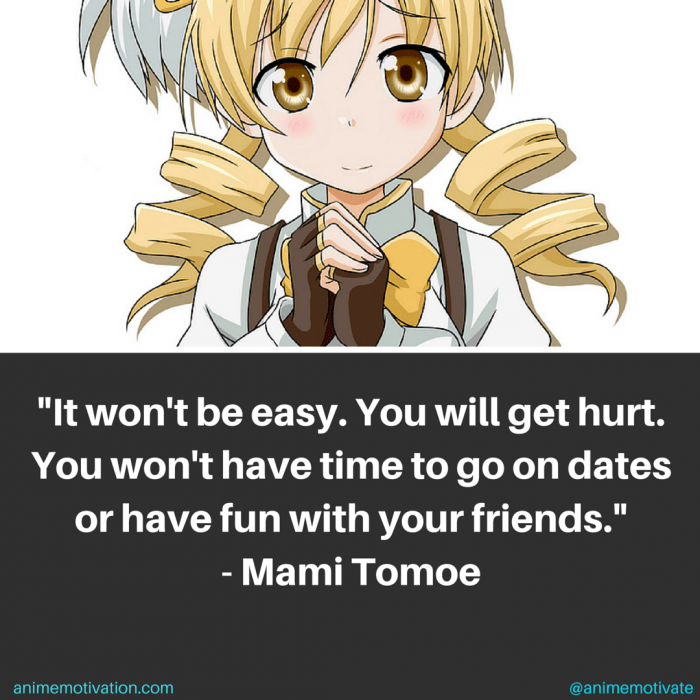 “It won’t be easy. You will get hurt. You won’t have time to go on dates or have fun with your friends.” – Mami Tomoe

Everything that’s worth having doesn’t come easy. 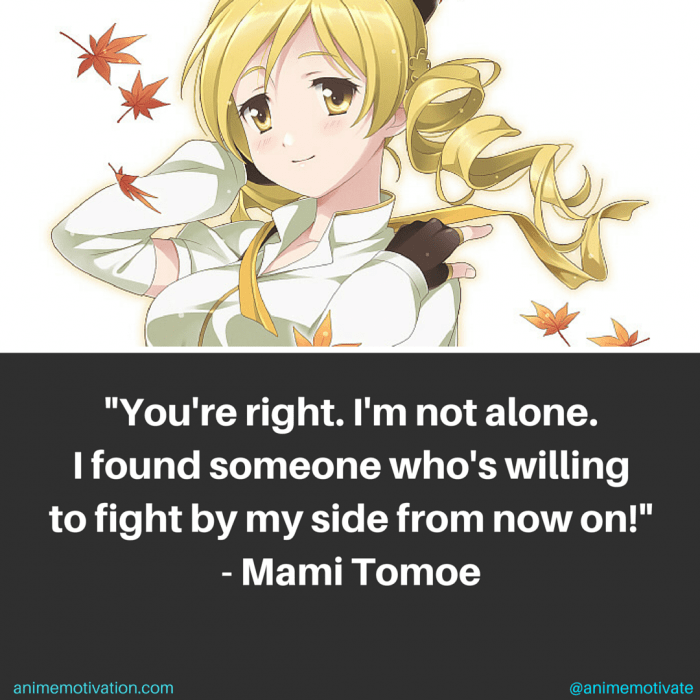 “You’re right. I’m not alone. I found someone who’s willing to fight by my side from now on!” – Mami Tomoe 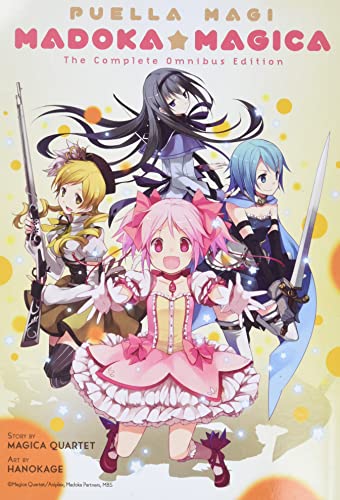 Puella Magi Madoka Magica: The Complete Omnibus Edition Start Shopping
We earn a commission from Amazon & other affiliates if you make a purchase at no additional cost to you.

A Collection Of Demon Slayer Quotes To Help You Remember The Anime!