Bungou Stray Dogs is a supernatural/action series filled with violence and mystery.

You can compare it to ‘s like , Psycho-Pass and Baccano.

And there’s no shortage of shows within the supernatural genre without strong, quotes.

When an follows a good story-line that goes a little deep, it’s always guaranteed to pull some meaningful quotes out of it. 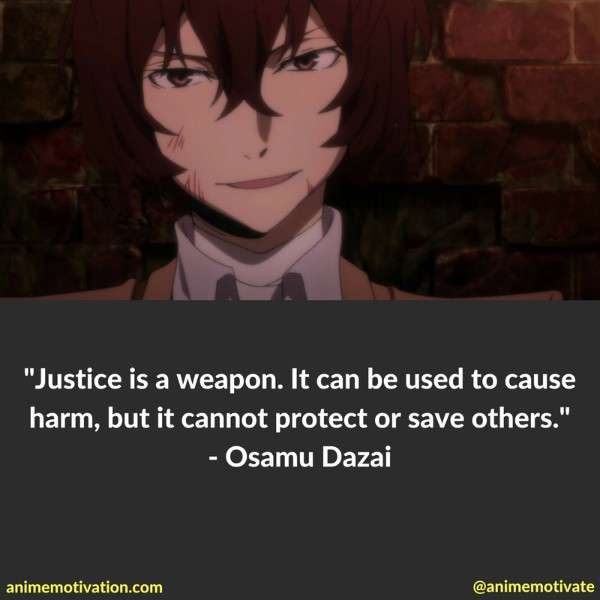 “Justice is a weapon. It can be used to cause harm, but it cannot protect or save others.” – Osamu Dazai

If you think hard enough about this quote it’s easy to see the meaning behind it. 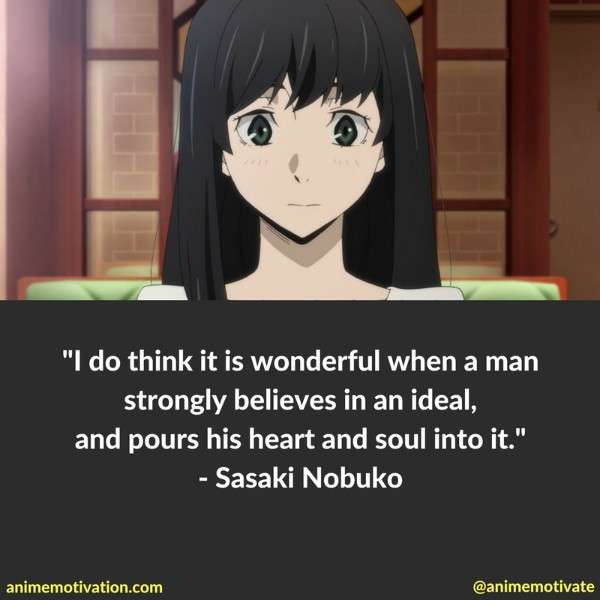 “I do think it is wonderful when a man strongly believes in an ideal, and pours his heart and soul into it.” – Sasaki Nobuko 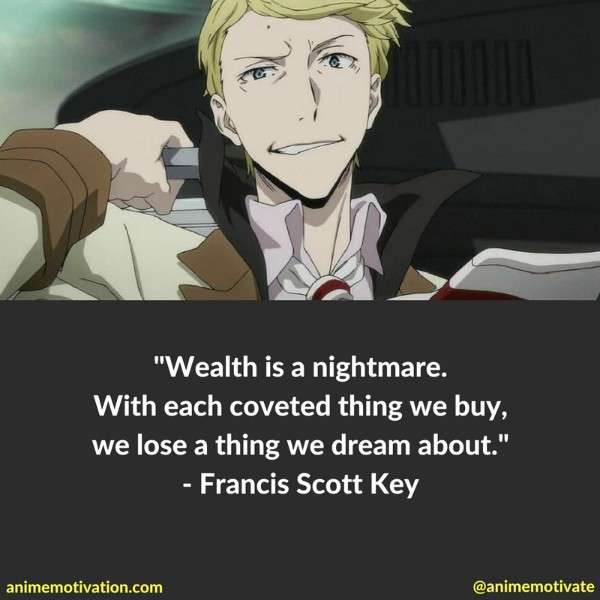 “Wealth is a nightmare. With each coveted thing we , we lose a thing we dream about.” – Francis Scott Key

The way I interpret the quote is: The more things you that you want, the harder it is to do the things you dream about.

I love this quote from Francis Scott Key. 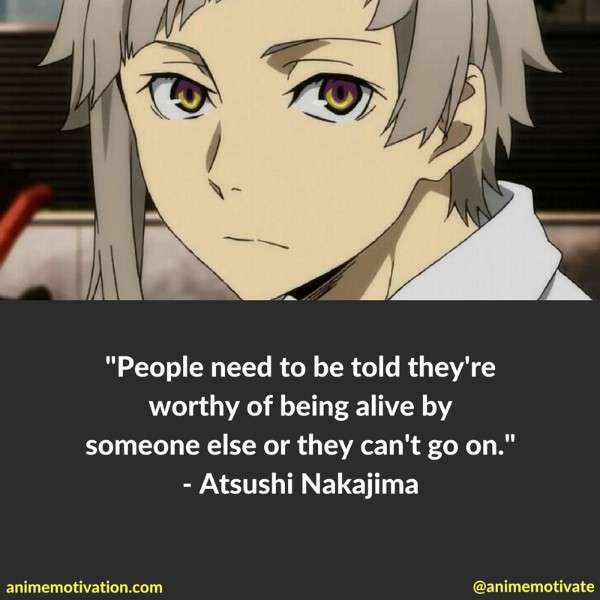 “People need to be told they’re worthy of being alive by someone else or they can’t go on.” – Atsushi Nakajima

Sometimes a little support can go along way from someone else. And I know that personally. 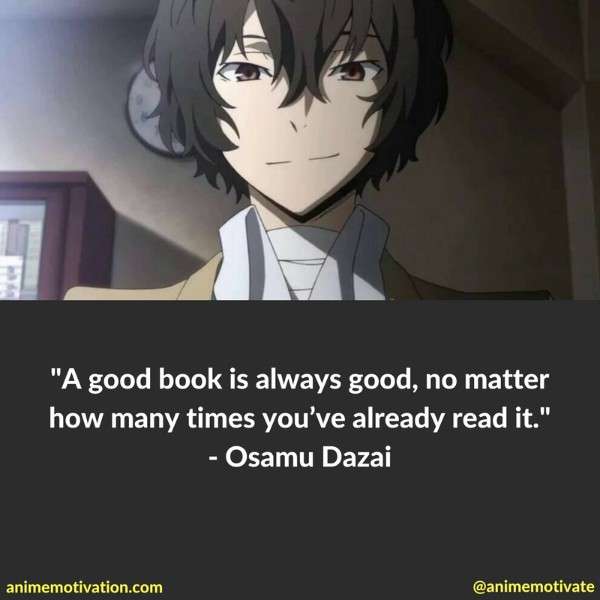 “A good book is always good, no matter how many times you’ve already read it.” – Osamu Dazai

Same is true for , video , (sometimes) because it’s kind of nostalgic. 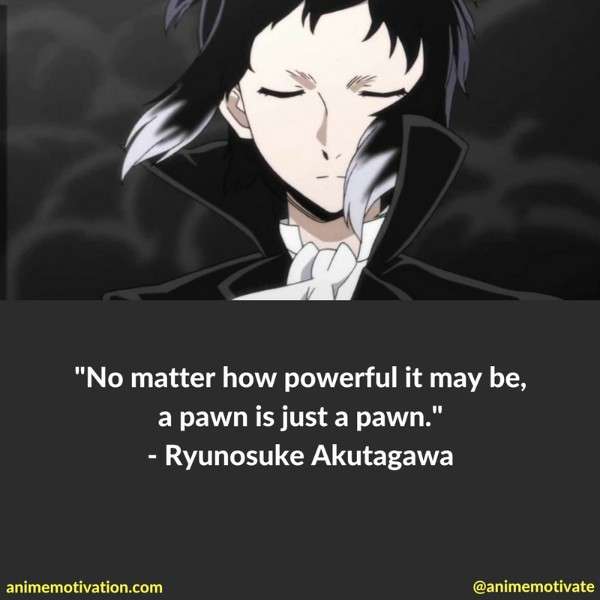 “No matter how it may be, a pawn is just a pawn.” – Ryunosuke Akutagawa

40+ Of The Most Underrated Anime That Deserve More Appreciation

15 Main Anime Characters Who Refuse To Give Up When Life Gets Tough.