Darling In The Franxx is one of the most talked about anime of 2018. And for good reason.

If you’re a fan of and Gurren Laggan, Darling In The Franxx gives off similar vibes. With a lot of similar quotes that are both inspirational, encouraging and powerful.

Let’s get right to it… Share your favourites in the comments section.

13 Of The Best Darling In The Franxx Quotes: 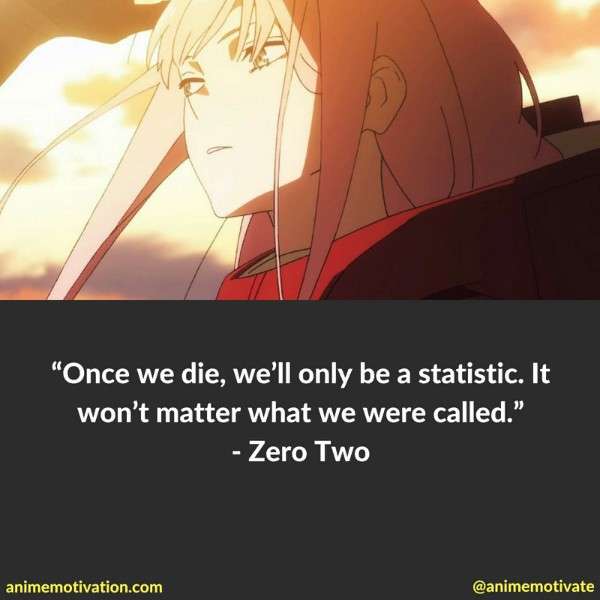 “Once we die, we’ll only be a statistic. It won’t matter what we were called.” – Zero Two

This is a truth about life we all have to accept to some degree. Which is why leaving a legacy behind is so important. If that matters to you personally. 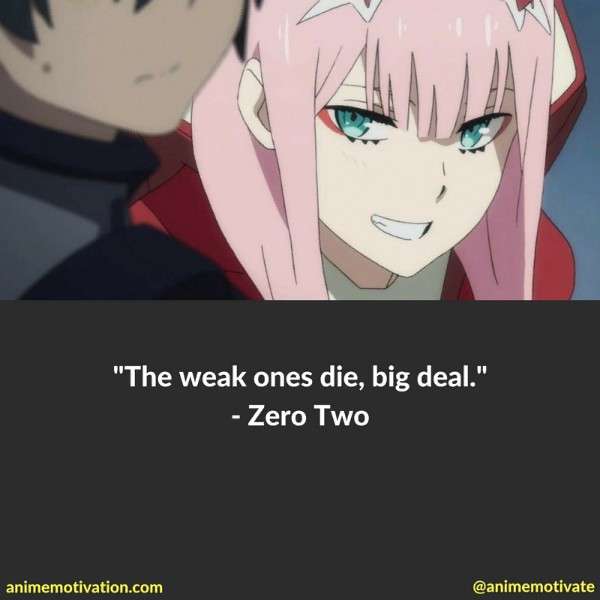 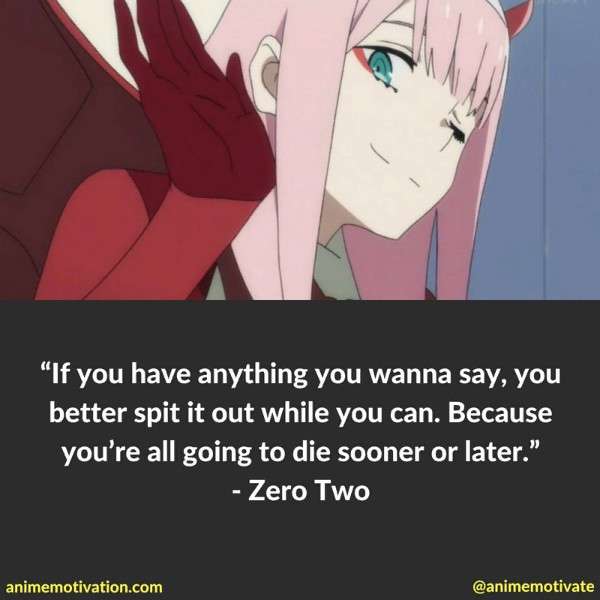 “If you have anything you wanna say, you better spit it out while you can. Because you’re all going to die sooner or later.”- Zero Two

Lesson: Do it now or face the pain of regret in future. 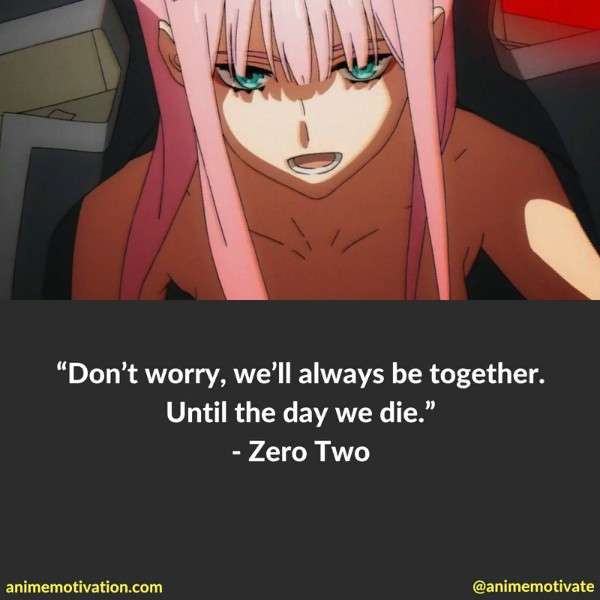 “Don’t worry, we’ll always be together, Until the day we die.”- Zero Two 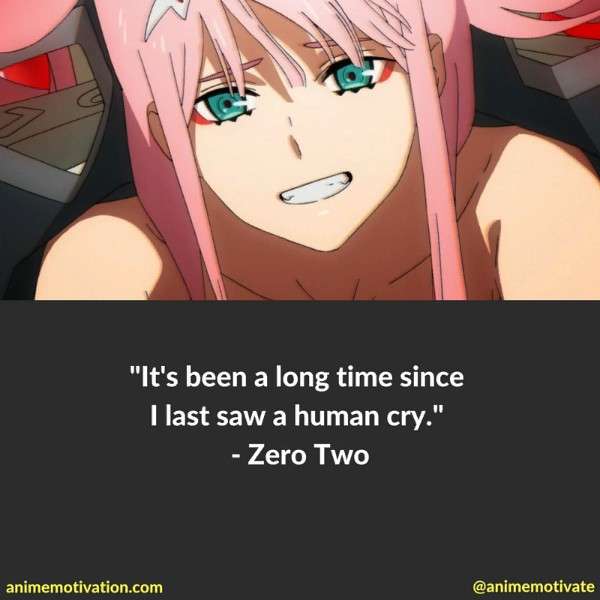 “It’s been a long time since I last saw a human cry.” – Zero Two 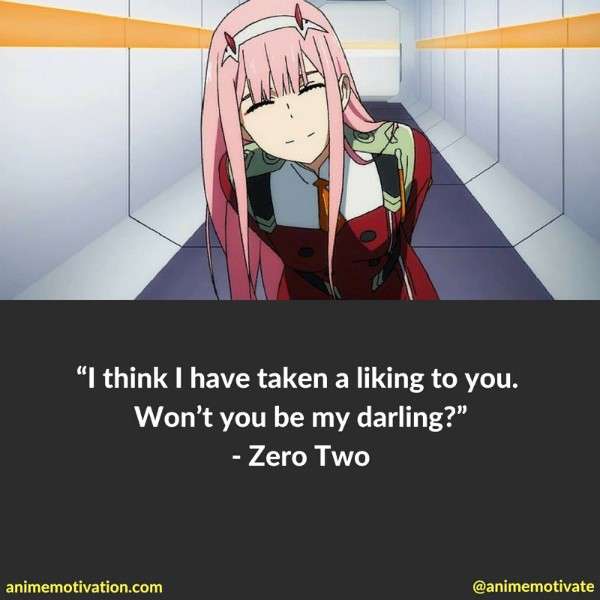 “I think I have taken a liking to you. Won’t you be my darling?” – Zero Two 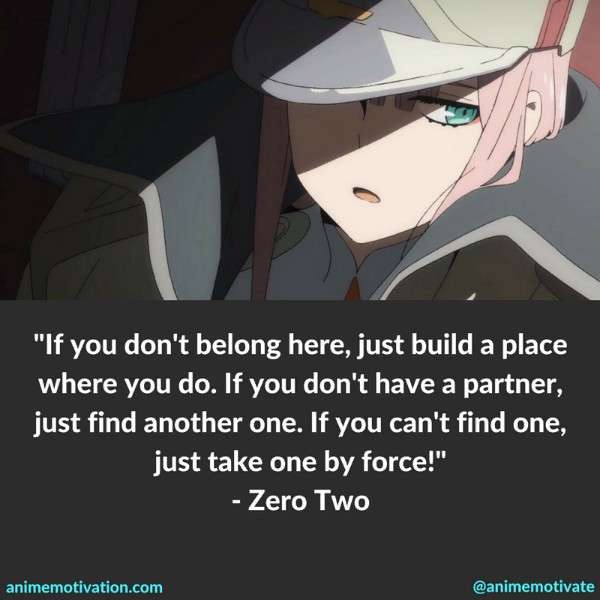 “If you don’t belong here, just a build a place where you do. If you don’t have a partner, just find another one. If you can’t find one, just take one by force!” – Zero Two

Excluding the last part, it’s a straightforward quote with a simple meaning: refuse to accept defeat.

2. Hiro Quotes From Darling In The Franxx 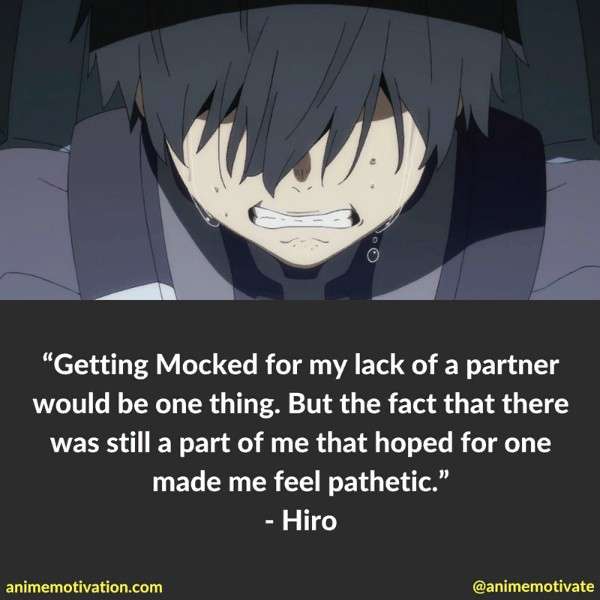 “Getting Mocked for my lack of a partner would be one thing. But the fact that there was still a part of me that hoped for one made me feel pathetic.” – Hiro 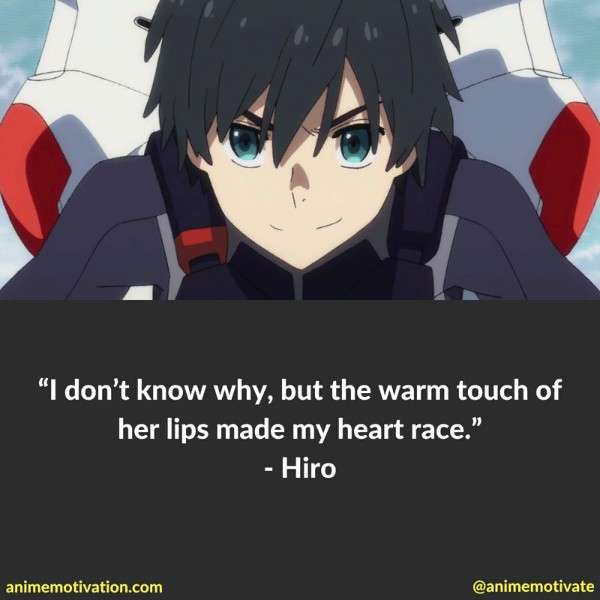 “I don’t know why, but the warm touch of her lips made my heart race.” – Hiro 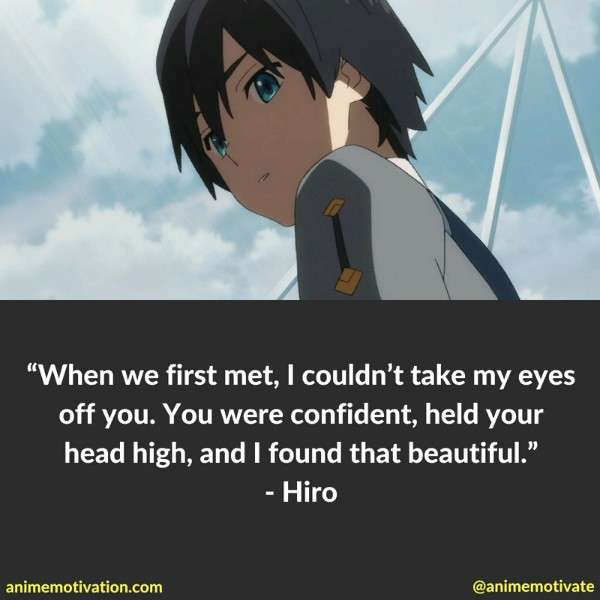 “When we first met, I couldn’t take my eyes off you. You were confident, held your head high, and I found that beautiful.” – Hiro

Self confidence is a beautiful thing when you witness it. It’s one of the most attractive traits a person can have. 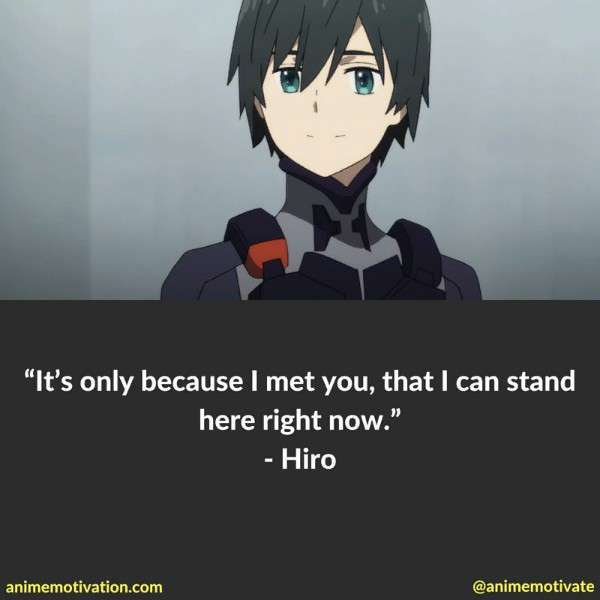 “It’s only because I met you, that I can stand here right now.” – Hiro

3. Mitsuru Quotes From Darling In The Franxx 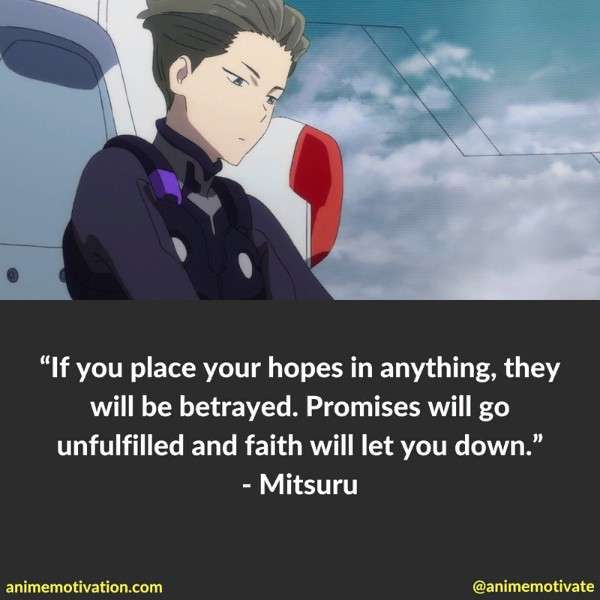 “If you place your hopes in anything, they will be betrayed. Promises will go unfulfilled and faith will let you down” – Mitsuru

It’s a relaable quote. We’ve all felt this way at some point or another…

But don’t let the thought of your hopes being betrayed stop you from trying. That’s a pessimistic way of looking at the world, and if you believe that you’ll always find proof.

Which Darling In The Franxx quote is your favorite?

If you have more to add, leave it in the comments and this post will be updated…

If You Love Darling In The Franxx, These 7 Anime Shows Will Quench Your Thirst