it’s no wonder why this genre is arguably one of the most important genres that have ever existed in the history of anime, because it hooks in people not just in Japan, but worldwide as well.

Most people look at as another one of those weird things that Japan makes, and I can’t blame them for that because IT IS WEIRD AS HELL!

But behind every single thing that we see in our everyday lives lies history whether it be interesting or not.

And i’m here to tell you about the history of one of the most infamous spawns of the Japanese entertainment industry.

A brief history of – The beginning 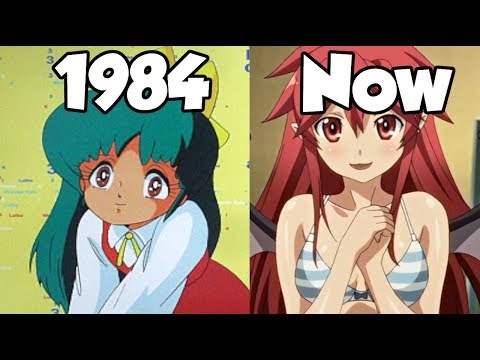 Even if there’s not enough evidence to deduce the exact beginning of , its oldest traces can be dated back to the 16th century where it took the form of Shunga.

From the 16th to 19th centuries, shunga works were suppressed by the shogun especially as publishing became more popular in the Edo period (1603–1868).

However, publishing became more difficult because of the Kyoho reforms. The kyoho reforms were an array of economic and cultural policies introduced by the Tokugawa Shogunate in 1736. 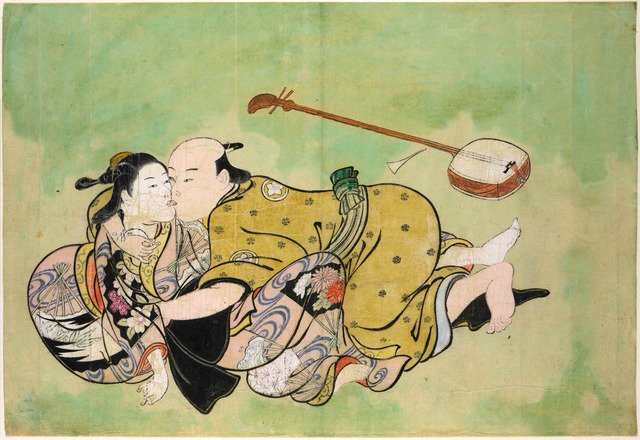 This reform is pretty strict, banning the production of all new unless the city commissioner gave permission.

After this order, shunga went underground but it all became worse when the Kansei reform (1798–1801) was passed.

It states that any material deemed to be disturbing the way of life, as well as luxury publications, came under scrutiny. Boobs In The City Game

Water game competitions are very popular and all the girls dream of being the star of this dirty little game, which works out well for you, as you’ve been asked to coach a team of a dozen or so girls.

Going to the 19th century after the Meiji restoration

This marked a huge political shift in Japan.

The government began heavy censorship to western ideas, pornography and political writings critical to the emperor of Japan and the government.

Censorship increased furthermore from this point onward, especially when the Criminal code of Japan was passed as law no.45.

In chapter XXII crimes of obscenity, rape, and bigamy, article 175 it states that:

“A person who distributes sells or displays in public an obscene document, or other objects shall be punished by imprisonment with work for not more than 2 years. A fine of not more than 2,500,000 yen or a petty fine.

The same shall apply to a person who possesses the same for the purpose of sale.”

The Bygones of the Pacific war

Back in 1928 Death penalty was added to certain violations of certain laws.

The following year due to the panic caused by the war, the revision of the new mobilization law eliminated all freedom of press entirely.

This means that no one can distribute nor sell anything without the permission or authorization from the government or emperor.

Each paper has to be screened by the government before the release. This all happened due to the pressure brought by the Pacific war and all the tension happening in Europe and the rest of the world.

Moving on to the surrender on Japan which was announced by Emperor Hirohito On August 15, 1945 and formally signed on September 2, 1945.

After the surrender of Japan, the supreme commander of all allied nations, General Douglas MacArthur abolished all forms of censorship and freedom of speech.

This was also retroactively applied to the Japanese constitution in Chapter III.

The rights and duties of people, article 21 is as follows

“Freedom of assembly and association, as well as speech, press and all other forms of expression, are guaranteed. No censorship shall be maintained, nor shall the secrecy of any means of communication be violated”.

However, press censorship remained a reality in the post-war era, especially in political matters.

But because of the Japanese constitution, the whole pornographic industry, as well as the entire entertainment industry took a drastic turn because of censorship matters.

But that’ll be a topic for later.

After the Pacific war pornographic publications as well as Press publications were finally free to do anything they want.

Even though there are still restrictions its good that they’re not as strict as before.

Now with the constitution in their back, the Japanese press and the entertainment industry as a whole is ready to start over again.

Bigger, Better and definitely more determined than ever before.

Due to the influence of pornographic photographs in the 19th and 20th century, the standard artwork back then is depicted by seemingly realistic characters. 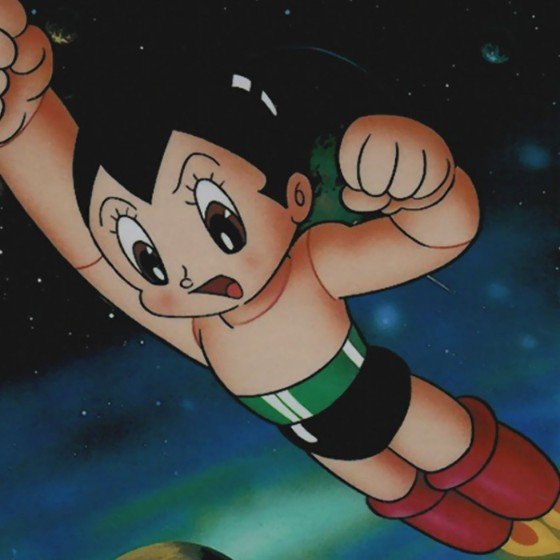 But Osamu Tezuka defined the modern look of with his Astroboy, and other works and was later proclaimed as the “God of ”.

Now themes in have existed since the 1940s but some of these depictions were more realistic than the cartooncute characters popularized by Tezuka. 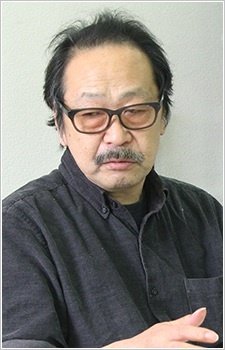 1979 is when Azuma Hideo’s Cybelle series was released.

From realistic to cartoon-like characters. Because of his Cybelle, a pornographic movement started that will, later on, see the lolicon boom of the 1980s with the rise of magazines such as the anthologies “Lemon people” and “Petit apple pie”.

The results of globalization and

With the technological boom of the 1980s, the omniscient effect of rapid globalization of the entire world and with the sudden popularity of arcade , consoles and personal computers…. The pornographic industry had nothing to do but grow along with the world.

The proliferation of pornographic revolution of the 1980’s, commonly called A/V (Adult Video) sold more videos because most Japanese families now had at least 2 television sets and VCR’s.

The Lolita anime series is created because of the lolicon boom of the 1980s. It is also in 1984 that the Cream lemon franchise of works began. 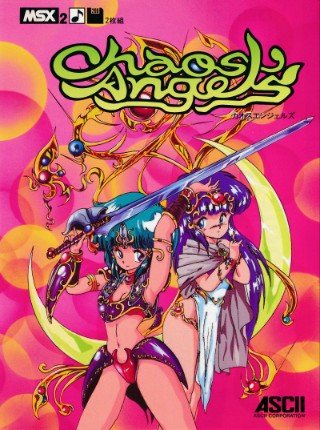 We all know that the 1980s is the time where video and arcade are the most popular.

And with the rise of the gaming industry came the rise of personal computers. While the computer industry of Japan was struggling to find a computer standard with makers like NEC, SHARP, and FUJITSU competing against one another.

The PC 98 series, despite lacking the processing power, CD drives and limited Graphics, came to dominate the market with the popularity of eroge contributing to its success.

Citing the first eroge is a subjective one, as it is hard to actually know what came first.

Because of the vague definitions of any eroge, we need to depend on varying classification and definitions.

Moving on from . It is in the late 1980s that the Doujinshi (Self-published works) market expanded and it is estimated that about half of its market consists of pornography.

Copyright problems plague the market yet the Doujinshi market is a commonplace for one to start before making a debut in a professional magazine. La Blue Girl Returns Collection DVD Start Shopping
We earn a commission from Amazon & other affiliates if you make a purchase at no additional cost to you.

It’s released by Central park media in 1993. Often cited as the anime that popularized the tentacle rape genre.

When the film was released in the US it was described as being “Drenched in graphic scenes of perverse sex and ultra-violence”.

It was outright rejected by UK’s “censors and prohibits distribution”.

As the rise of the pornographic industry in Japan ever since the 1970’s, censorship has always been a big player in the industry.

This is because in order to gain profit or market your works you must get through the vague censorship laws of Japan.

Let’s start with Chapter XXII, Article 175 of the criminal code of Japan that forbids the publication of obscene materials.

Male and female sexual intercourse and pubic hair are especially considered obscene (this is why most titles are made with less physical details).

However, because of the Japanese constitution (Article 21) that allows free speech and press freedom it kinda contradicts the criminal code. But as time goes on so as the interpretation of these 2 laws but the most recent one is at least putting a digital mosaic over genitalia.

Some of these examples are the blurring dots and light on still images.

In 1986, Toshio Maeda “The god of tentacle ” sought to get past censorship on sexual intercourse with the use of monsters and tentacles.

This led to huge publications of works containing robots, monsters, tentacles…etc. Whose genitalia’s looked very different to human genitalia, which helped get around the censorship laws.

It’s these laws that made the first works legal to import and were the first successful ones.

Going over to videos

Many video productions belong to an ethical organization that decides whether or not it is acceptable.

The Nihon Ethics of Video organization, and the Ethics Organization of Computer Software are examples of this organization.

Even with how scary the law looks like there have been very few people arrested based on these laws.

The most recent trial is the conviction of Suwa Yuuji for his : Misshitsu.

He was originally fined 500,000 yen and avoided jail time by pleading guilty.

When he appealed the case to the Supreme Court of Japan on arguments that the was not as indecent and explicit as much material on the internet, his fine was tripled to 1.5 million yen!

The 21st century on wards

In 2005, A.D visions label Soft cel pictures shut down because of varying reasons, and in 2008 – Central park media.

One of the biggest legal distributors in America filed bankruptcy.

Even with such a Grim beginning, the 2000’s sailed pretty smoothly with good titles like:

As far as today, is a fast-growing genre that’s leading the frontier of modern entertainment and it’s showing no signs of stopping.

With a wide and diverse audience that demands better and broader selection of titles and weirder and weirder fetishes, it’s no wonder that became something more than “jack off” material.

It became an industry.

The History Of Nendoroid Figures: Let’s Dive Into How They Became So Cute And Popular