The six paths of pain are an iconic group in the series. And founders of the Akatsuki clan.

Yahiko and Nagato are the source of the groups hardships and brutal methods of bringing about “peace”.

With their dark role in the series, and enlightened role later on, this reflects in their quotes and dialogue. 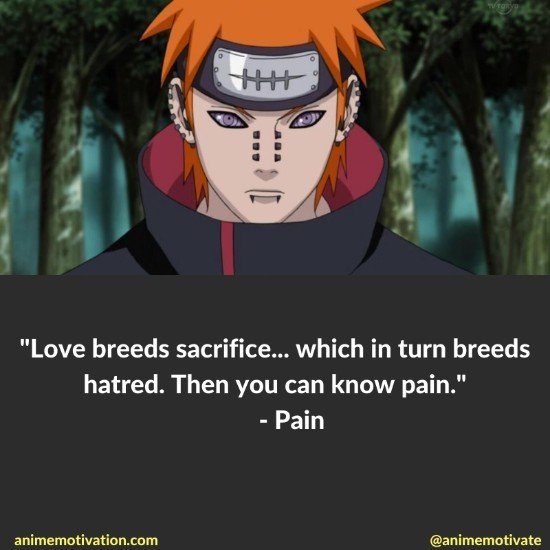 “Love breeds sacrifice… which in turn breeds hatred. Then you can know pain.” – Pain 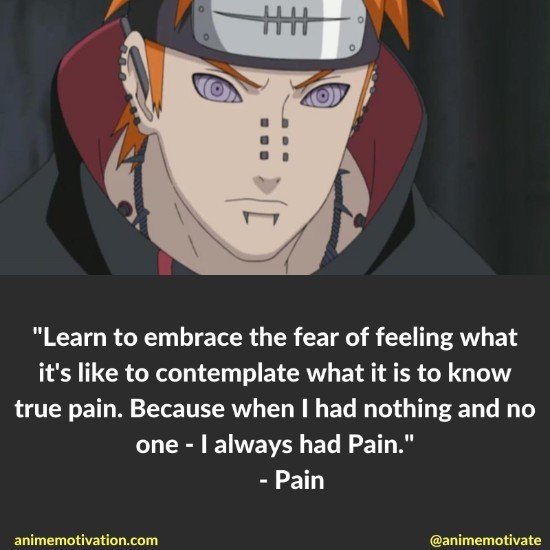 “Learn to embrace the fear of feeling about what it’s like to contemplate what it is to know true pain. Because when I had nothing and no one – I always had Pain.” – Pain 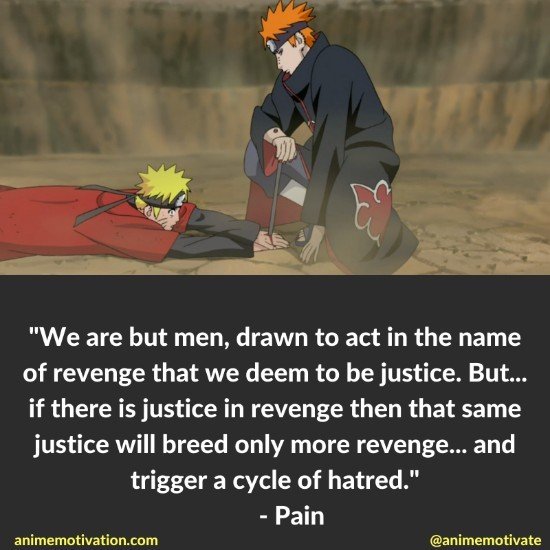 “We are but men, drawn to act in the name of revenge that we deem to be justice. But… if there is justice in revenge then that same justice will breed only more revenge… and trigger a cycle of hatred.” – Pain 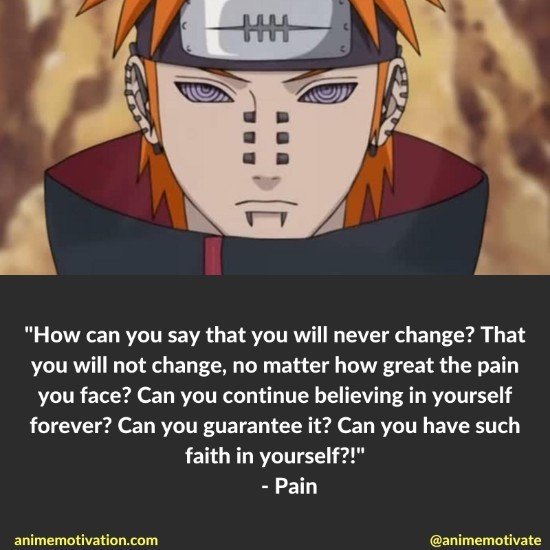 “How can you say that you will never change? That you will not change, no matter how great the pain you face? Can you continue believing in yourself forever? Can you guarantee it? Can you have such faith in yourself?!” – Pain 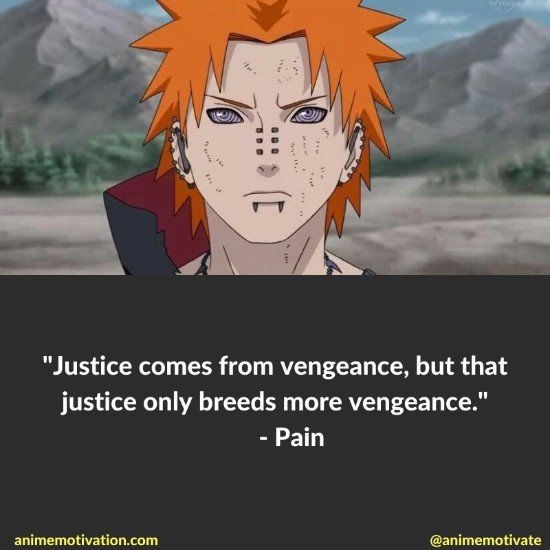 “Justice comes from vengeance, but that justice only breeds more vengeance.” – Pain 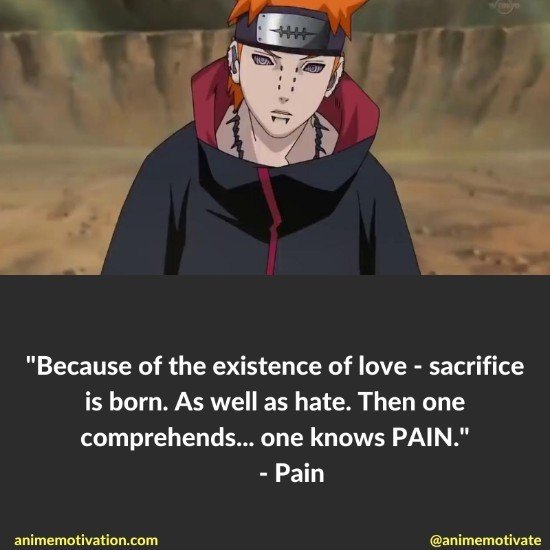 “Because of the existence of love – sacrifice is born. As well as hate. Then one comprehends… one knows PAIN.” – Pain 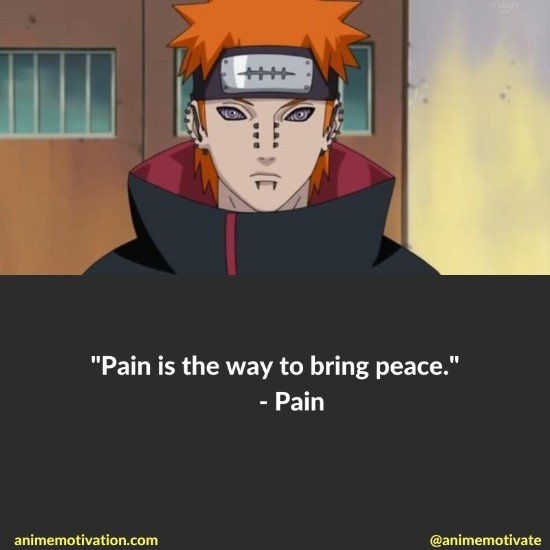 “Pain is the way to bring peace.” – Pain 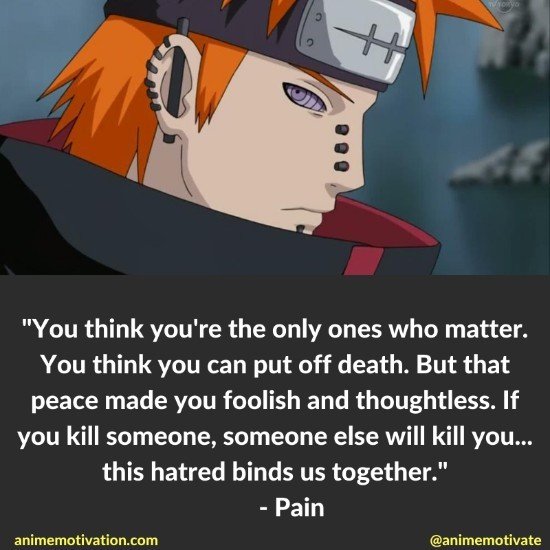 “You think you’re the only ones who matter. You think you can put off death. But that peace made you foolish and thoughtless. If you kill someone, someone else will kill you… this hatred binds us together.” – Pain 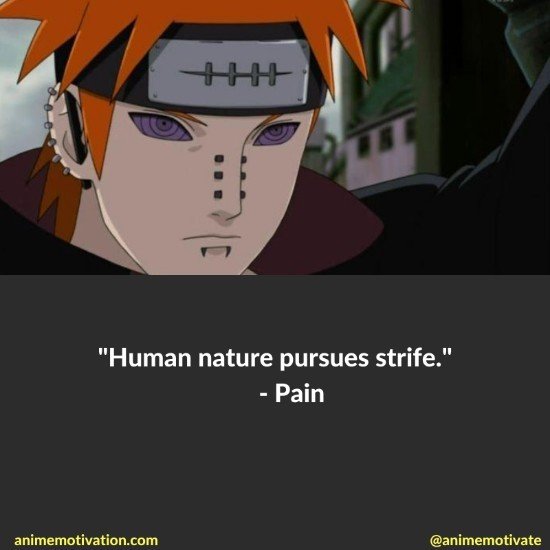 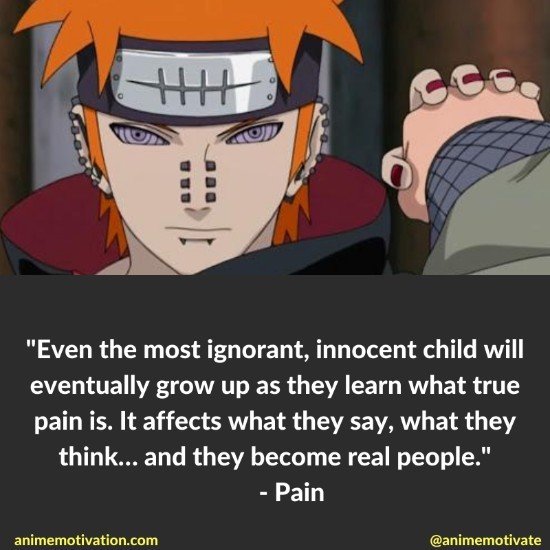 “Even the most ignorant, innocent child will eventually grow up as they learn what true pain is. It affects what they say, what they think… and they become real people.” – Pain 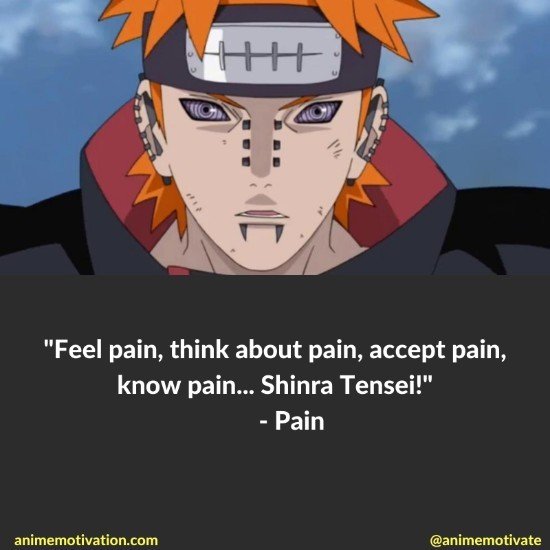 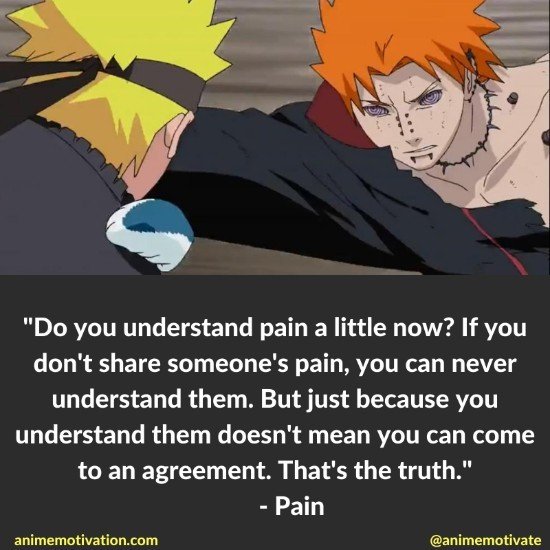 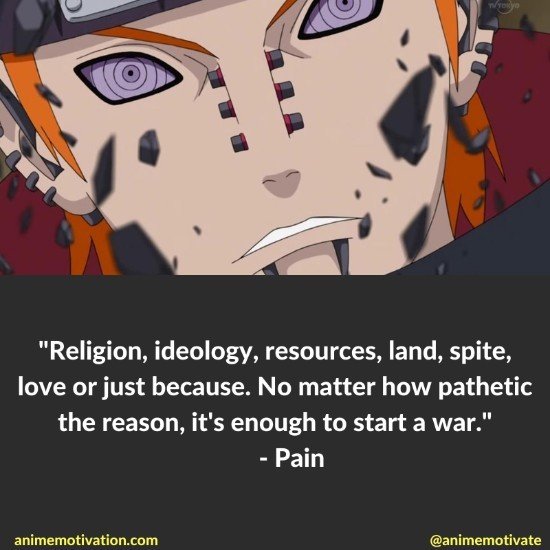 “Religion, ideology, resources, land, spite, love or just because. No matter how pathetic the reason, it’s enough to start a war.” – Pain 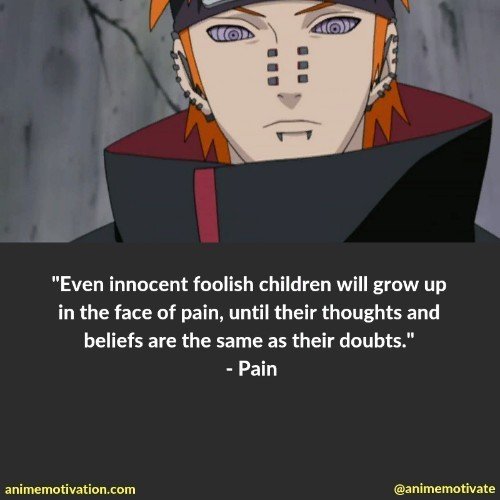 “Even innocent foolish children will grow up in the face of pain, until their thoughts and beliefs are the same as their doubts.” – Pain 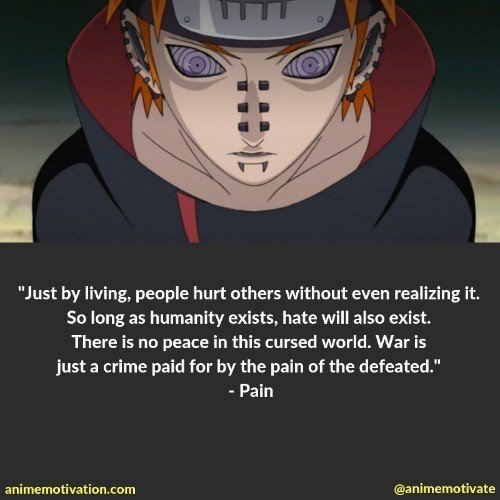 “Just by living, people hurt others without even realizing it. So long as humanity exists, hate will also exist. There is no peace in this cursed world. War is just a crime paid for by the pain of the defeated.” – Pain 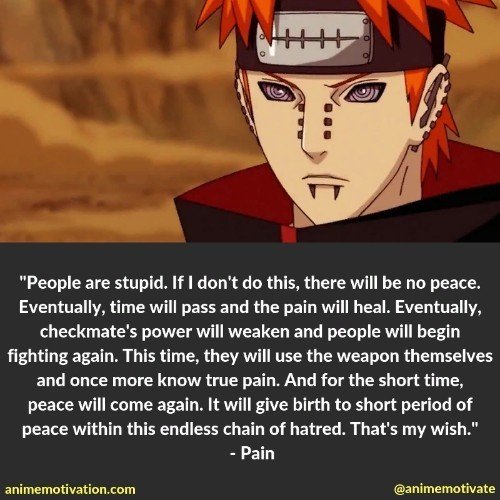 “People are stupid. If I don’t do this, there will be no peace. Eventually, time will pass and the pain will heal. Eventually, checkmate’s power will weaken and people will begin fighting again. This time, they will use the weapon themselves and once more know true pain. And for the short time, peace will come again. It will give birth to short period of peace within this endless chain of hatred. That’s my wish.” – Pain 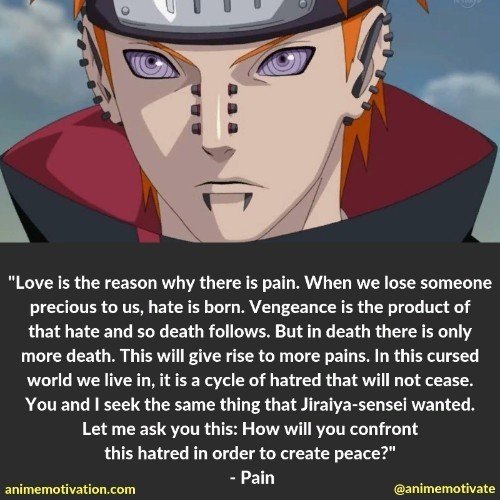 “Love is the reason why there is pain. When we lose someone precious to us, hate is born. Vengeance is the product of that hate and so death follows. But in death there is only more death. This will give rise to more pains. In this cursed world we live in, it is a cycle of hatred that will not cease. You and I seek the same thing that Jiraiya-sensei wanted. Let me ask you this: How will you confront this hatred in order to create peace?” – Pain

5 Dark Life Lessons From The Six Paths Of Pain (Naruto)