Serial Experiments Lain is a thought provoking, head-scratching series that’s designed to make you think about what you’re watching.

So naturally, the quotes taken from this series will make you think, question, and in some ways, relate to the characters experiences.

Here are the best quotes the has to offer (that’s worth sharing). 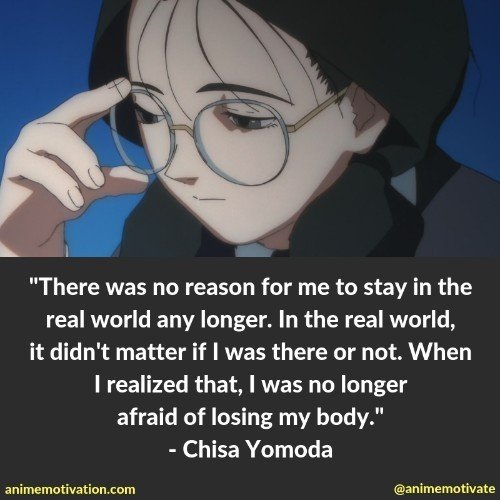 “There was no reason for me to stay in the real world any longer. In the real world, it didn’t matter if I was there or not. When I realized that, I was no longer afraid of losing my body.” – Chisa Yomoda 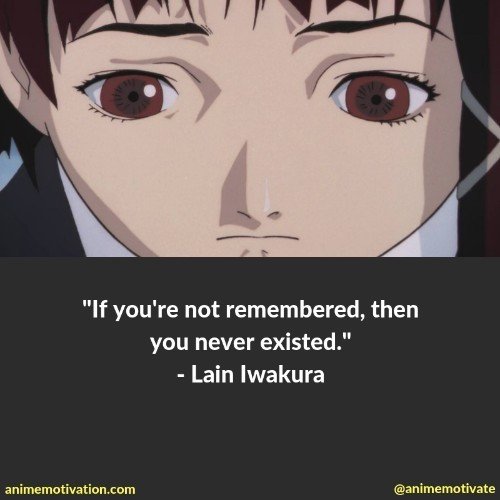 “If you’re not remembered, then you never existed.” – Lain Iwakura 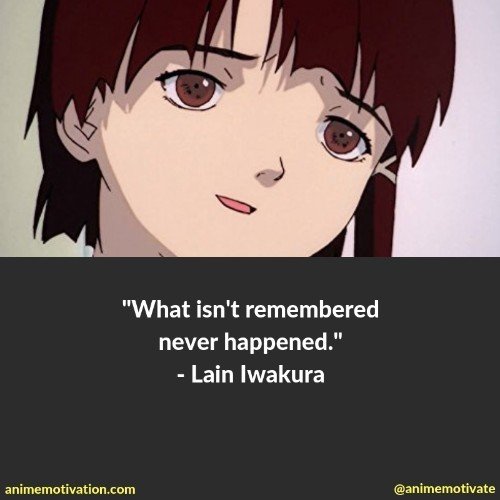 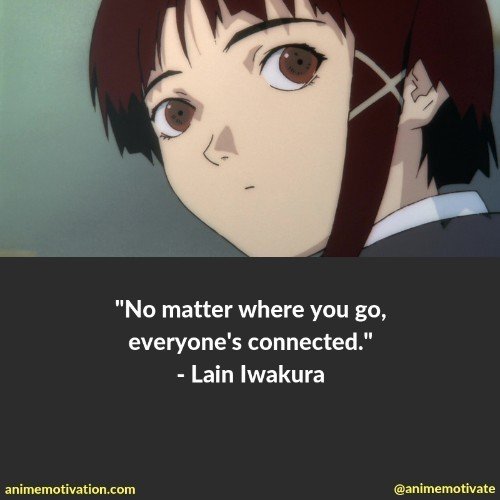 “No matter where you go, everyone’s connected.” – Lain Iwakura 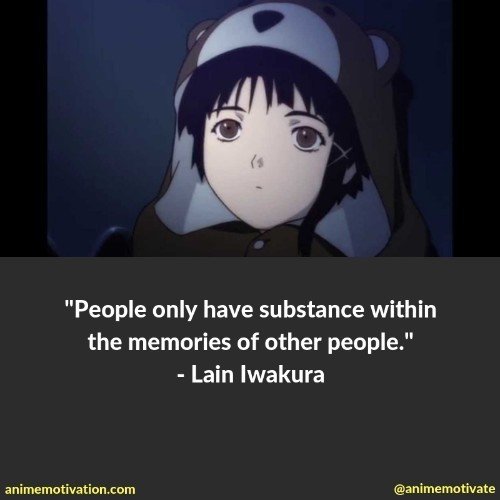 “People only have substance within the memories of other people.” – Lain Iwakura 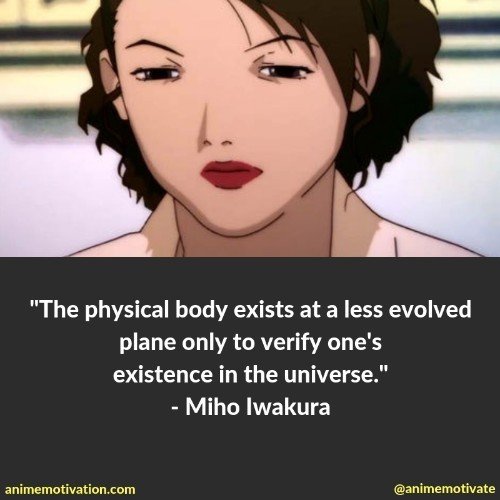 “The physical body exists at a less evolved plane only to verify one’s existence in the universe.” – Miho Iwakura 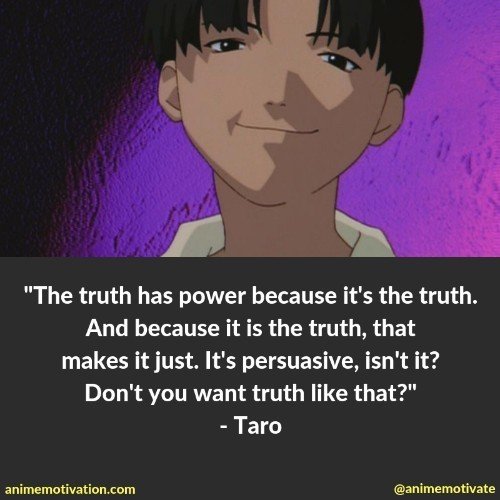 “The truth has power because it’s the truth. And because it is the truth, that makes it just. It’s persuasive, isn’t it? Don’t you want truth like that?” – Taro 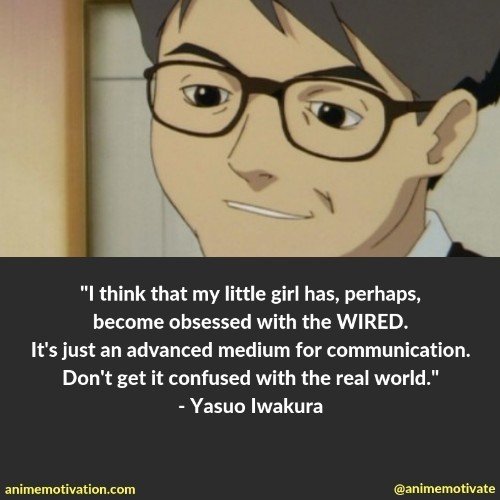 “I think that my little girl has, perhaps, become obsessed with the WIRED. It’s just an advanced medium for communication. Don’t get it confused with the real world.” – Yasuo Iwakura

The Greatest Black Rock Shooter Quotes That Will Make You Think

15 Quirky Quotes From My Neighbor Totoro