Rent A Girlfriend is a 2020 rom com that captured fans hearts, and stirred some controversy in the community.

It’s an anime that tackles self esteem, romance, comedy and professionalism. With mostly college students.

Though there aren’t many meaningful and relevant quotes from the anime, there are some that hit the spot.

Here’s the BEST of the bunch. 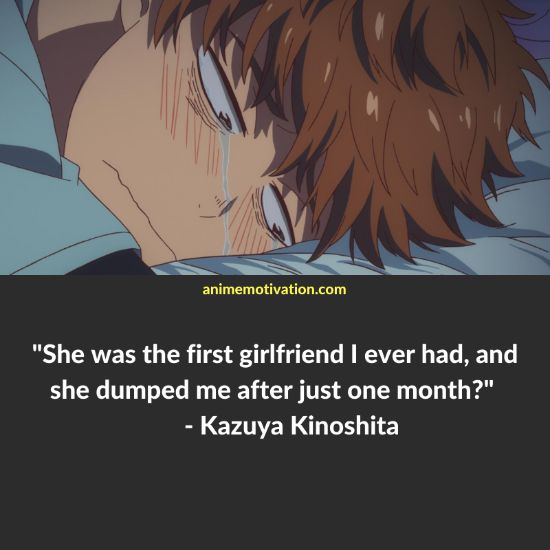 “She was the first girlfriend I ever had, and she dumped me after just one month?” – Kazuya Kinoshita 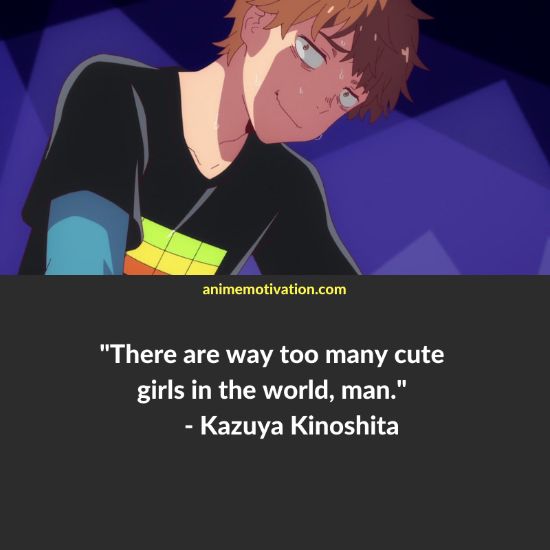 “There are way too many cute girls in the world, man.” – Kazuya Kinoshita 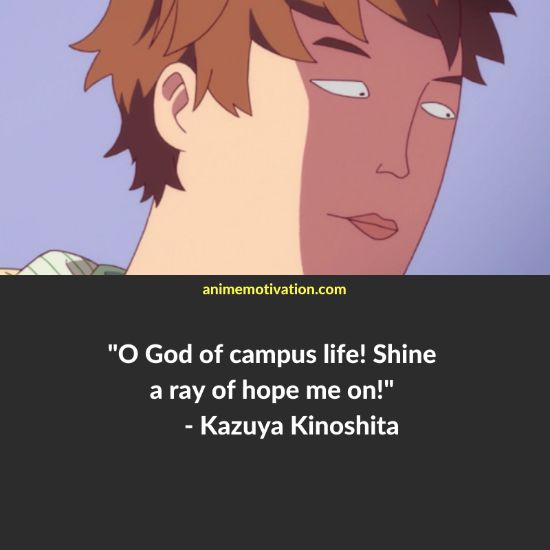 “O God of campus life! Shine a ray of hope me on!” – Kazuya Kinoshita 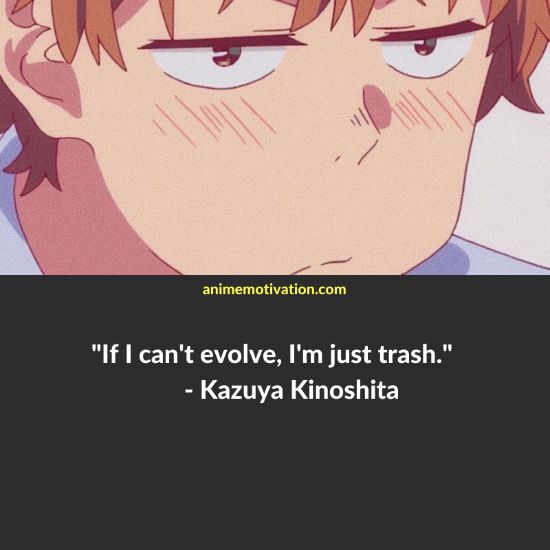 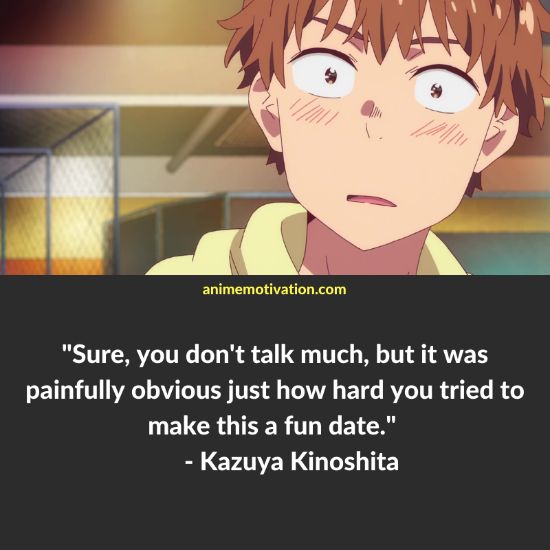 “Sure, you don’t talk much, but it was painfully obvious just how hard you tried to make this a fun date.” – Kazuya Kinoshita 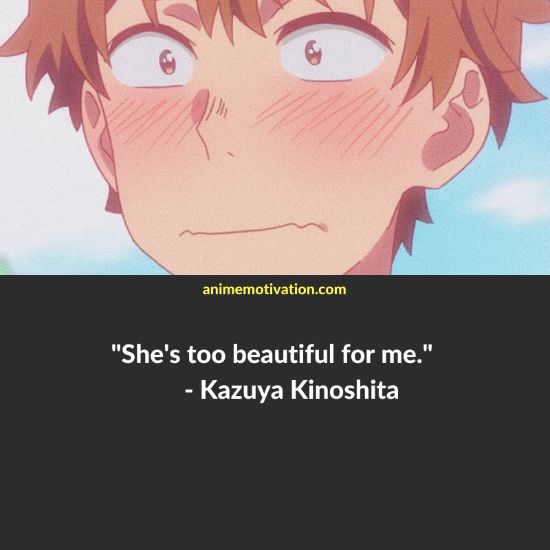 “She’s too beautiful for me.” – Kazuya Kinoshita 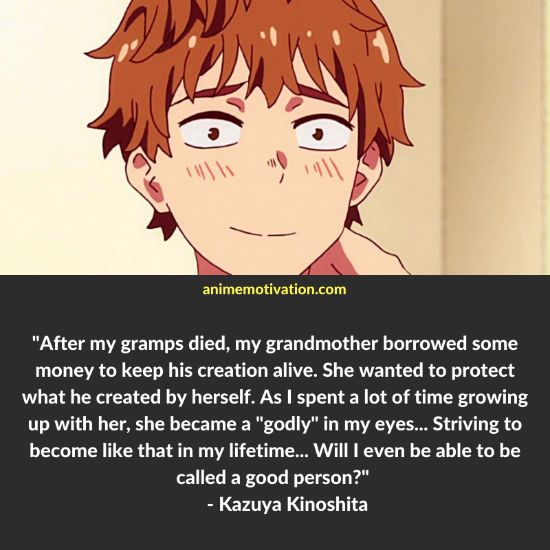 “After my gramps died, my grandmother borrowed some money to keep his creation alive. She wanted to protect what he created by herself. As I spent a lot of time growing up with her, she became a “godly” in my eyes… Striving to become like that in my lifetime… Will I even be able to be called a good person?” – Kazuya Kinoshita 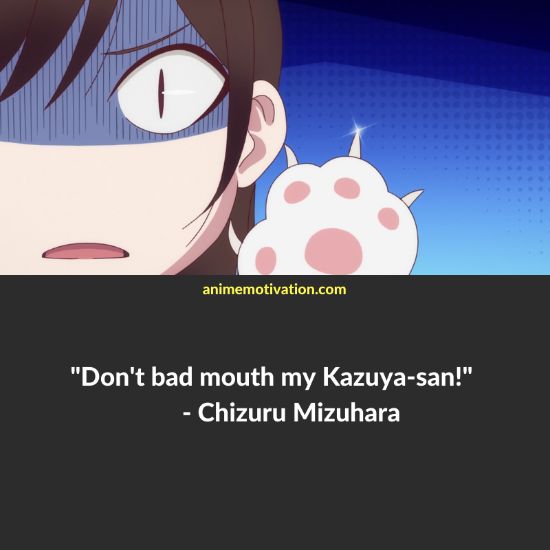 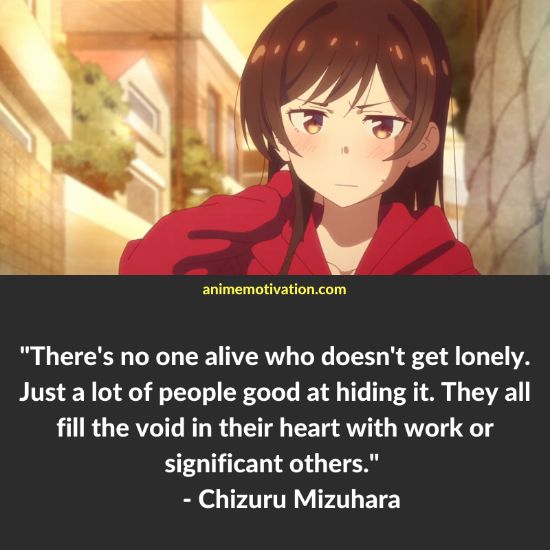 “There’s no one alive who doesn’t get lonely. Just a lot of people good at hiding it. They all fill the void in their heart with work or significant others.” – Chizuru Mizuhara 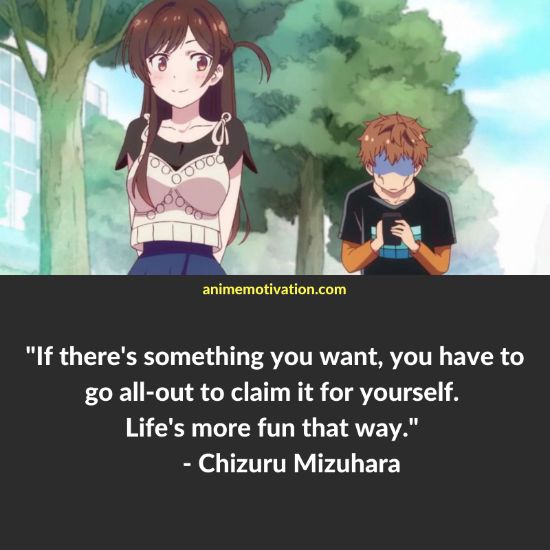 “If there’s something you want, you have to go all-out to claim it for yourself. Life’s more fun that way.” – Chizuru Mizuhara 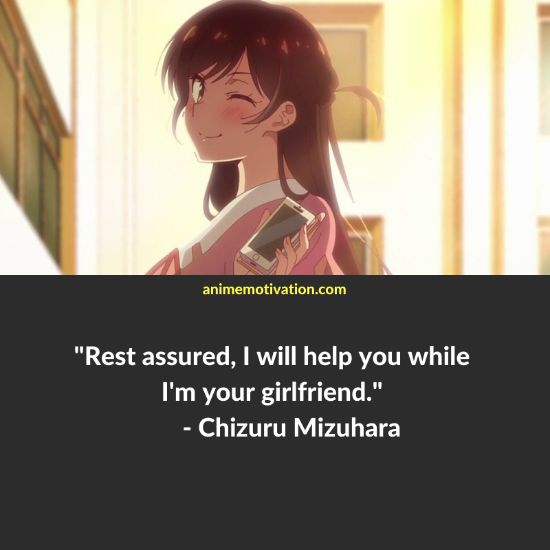 “Rest assured, I will help you while I’m your girlfriend.” – Chizuru Mizuhara 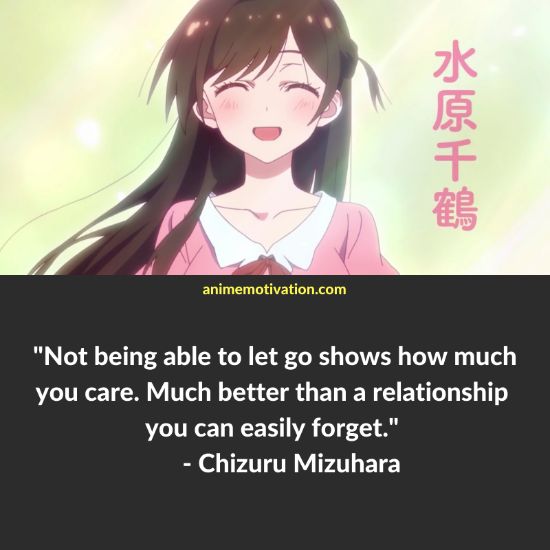 “Not being able to let go shows how much you care. Much better than a relationship you can easily forget.” – Chizuru Mizuhara 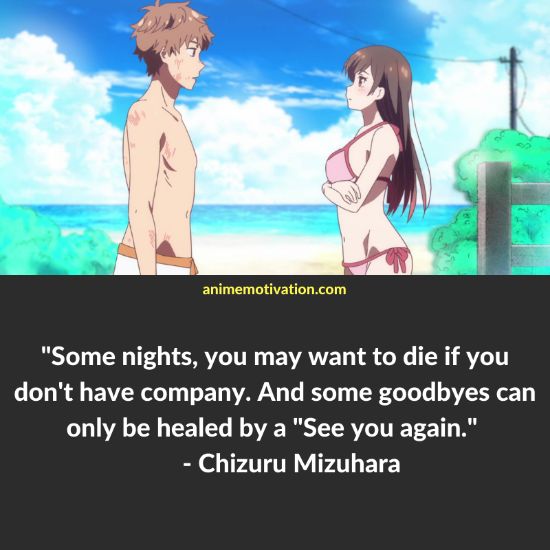 “Some nights, you may want to die if you don’t have company. And some goodbyes can only be healed by a “See you again.” – Chizuru Mizuhara 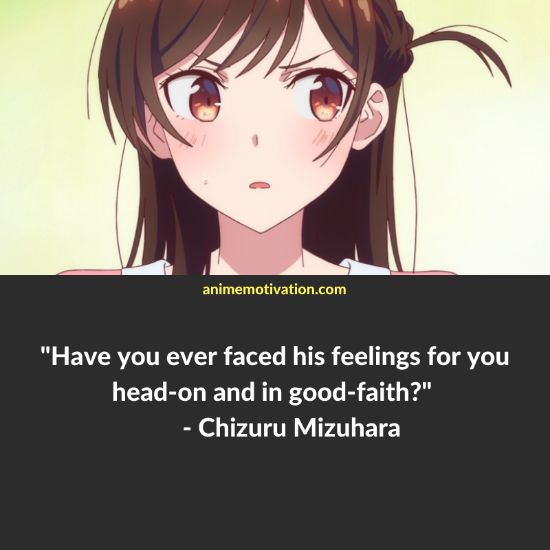 “Have you ever faced his feelings for you head-on and in good-faith?” – Chizuru Mizuhara 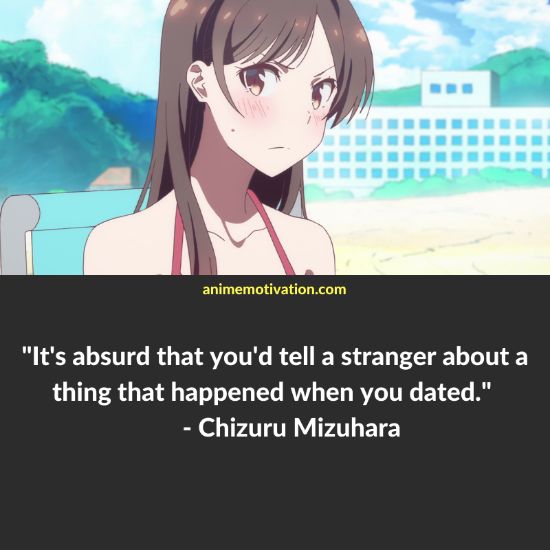 “It’s absurd that you’d tell a stranger about a thing that happened when you dated.” – Chizuru Mizuhara 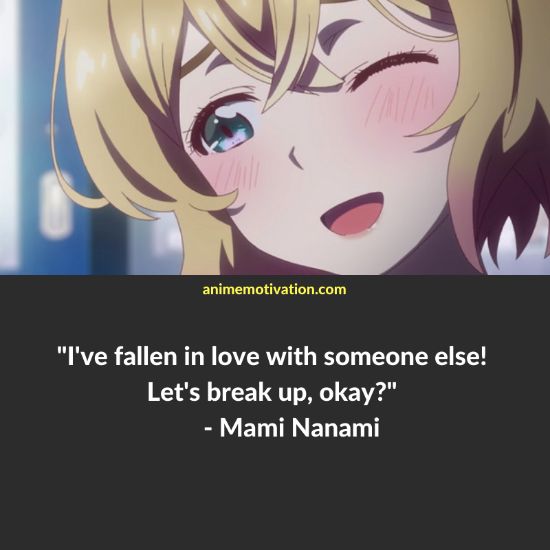 “I’ve fallen in love with someone else! Let’s break up, okay?” – Mami Nanami 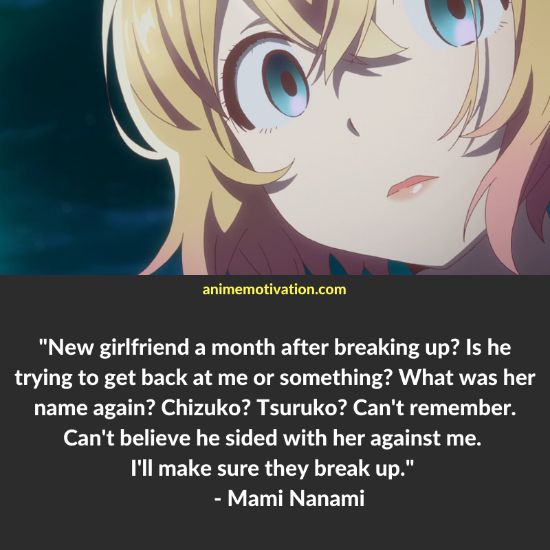 “New girlfriend a month after breaking up? Is he trying to get back at me or something? What was her name again? Chizuko? Tsuruko? Can’t remember. Can’t believe he sided with her against me. I’ll make sure they break up.” – Mami Nanami 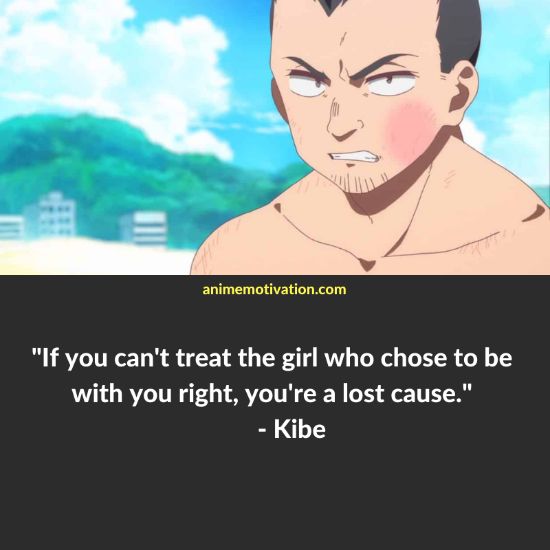 “If you can’t treat the girl who chose to be with you right, you’re a lost cause.” – Kibe 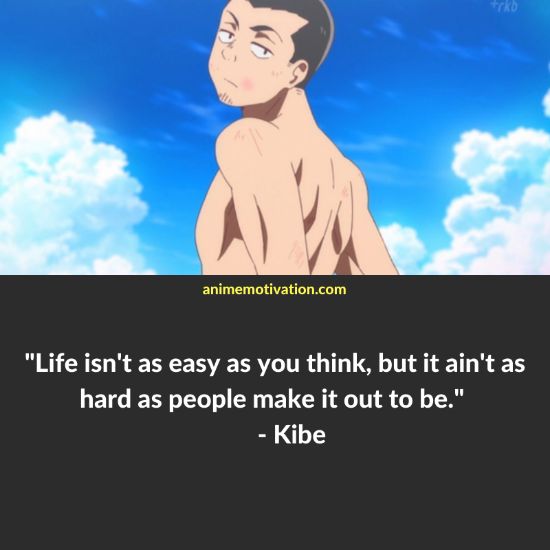 “Life isn’t as easy as you think, but it ain’t as hard as people make it out to be.” – Kibe 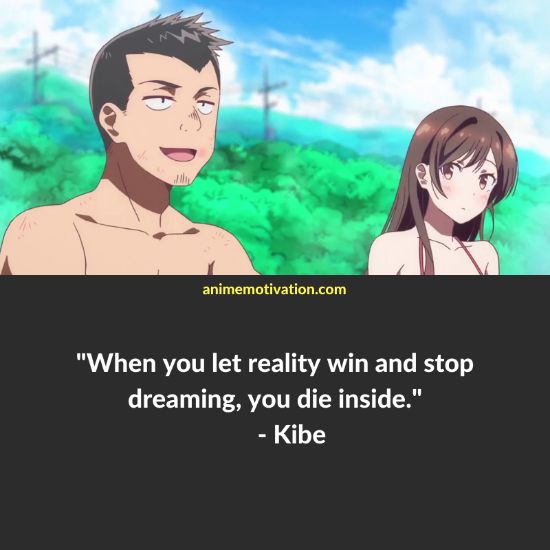 “When you let reality win and stop dreaming, you die inside.” – Kibe

“When did you become such a self-centered dirt bag.” – Kibe 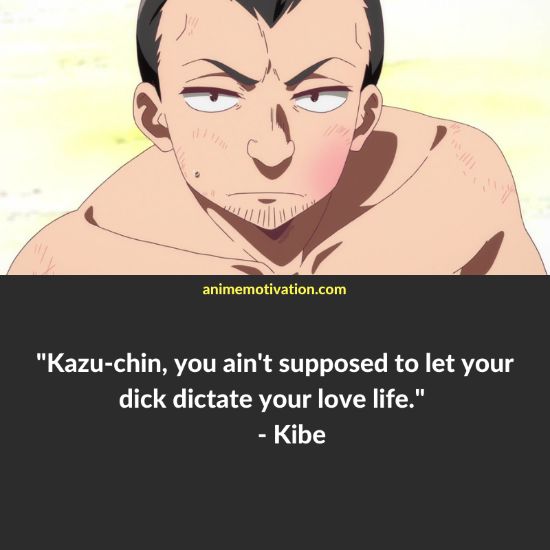 “Kazu-chin, you ain’t supposed to let your d*ck dictate your love life.” – Kibe

“I can’t stand it anymore. Even if you think I’m weird… Or cringeworthy… just being like this makes me happy enough to shed tears.” – Ruka Sarashina 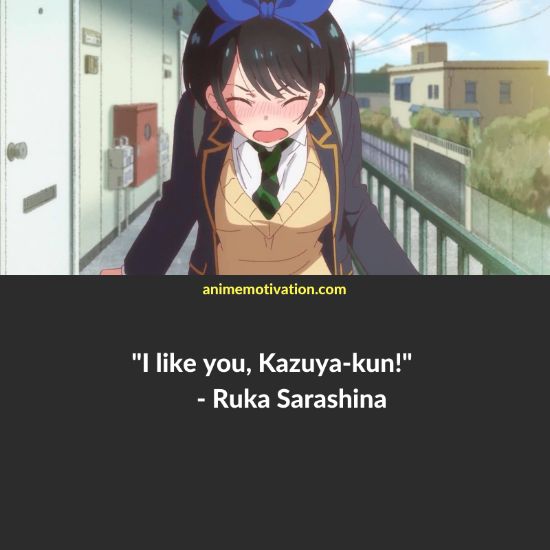 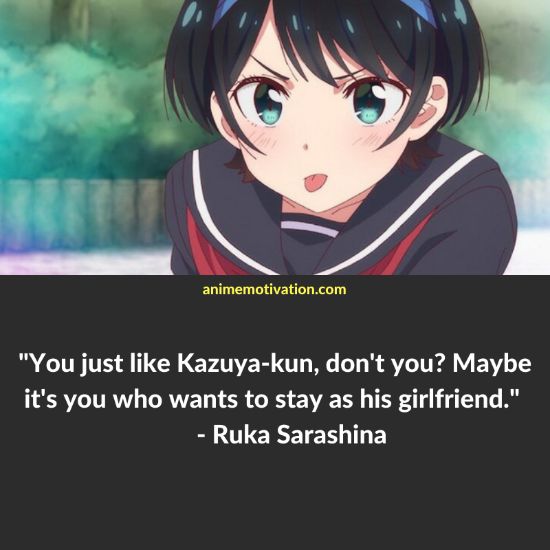 “You just like Kazuya-kun, don’t you? Maybe it’s you who wants to stay as his girlfriend.” – Ruka Sarashina 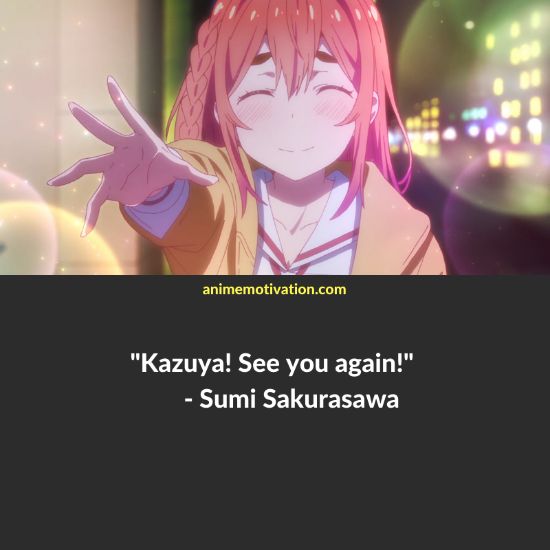 Does Rent A Girlfriend Deserve All The HYPE & Popularity?