Rent A Girlfriend is one of the most popular airing right now, since July 2020.

There aren’t many summer 2020 anime airing as it is so that gives  like it a chance to stand out.

As with a lot of things, that depends on who you ask.

Rent A Girlfriend on MyAnimeList has a review score of 7.23/10. I suspect this rating will continue to drop over the next few weeks.

It’s higher on but MAL is another story.

Relying on reviews to judge an anime’s quality isn’t always reliable, but it tells an interesting story about Rent A Girlfriend in this case.

It’s popularity doesn’t match its reviews, and you can see that by the amount of bad reviews it’s getting.

Few of the reviews are a 10, and many are average.

Before Rent-a-Girlfriend, never before had I wanted to cheer for Best girl so bad yet kinda want her to lose because she deserves better than to end up with such a wretched, spineless, cum-stain of a main character. pic.twitter.com/9UX7t7JsmN

When I go to Twitter, this is one of the first things I see when searching for Rent A Girlfriend.

Fans REALLY hate the MC (Kazuya) and it’s one of the reasons why people are split on the ‘s quality.

You can see that from:

And other comments depending on where you look.

I believe Rent A Girlfriend “does” deserve the hype The knows how to draw attention to itself. Whether that attention is worth it is for you to decide, but for me it’s part of why the anime is entertaining.

There’s more to the than what you see on the surface, which is what most are focusing on.

Here’s why Rent A Girlfriend deserves all the hype!

Don’t get this sh*t twisted. The main character is a certified SIMP. The word Americans love to use these days.

Kazuya’s most positive trait is his empathy for others, and his pure optimism.

One of the most aggravating things about Kazuya though (despite being 21 years old) is his spineless attitude towards girls.

Or better yet – the way he bends over backwards for Mami, despite the way she treats him. And how she has him wrapped around her finger.

This is pointed out later by Kibe, Kazuya’s friend who’s too good to him.

Mami tries brushing it off and putting on her usual “act” to portray a false image of herself.

But that doesn’t mean the isn’t entertaining

Kazuya is a depressed college student. It’s more accurate to say he has low self esteem and ZERO experience with girls.

He’s never tried, bothered, or “pushed” himself to make an effort because of his low self worth. He doesn’t think much of himself.

It’s the reason in episode 1 he’s so hurt by Mizuhara “toying with his heart”, which is really a reflection of his own insecurities.

Chizuru Mizuhara is a rental girlfriend at the end of the day. She’s doing her job and nothing more.

It’s not supposed to be serious, and she keeps it professional.

Kazuya’s cringy behavior, and spineless attitude towards it all is what makes the awkward. And it’s why so many fans hate the MC. Or the as a whole.

But when you REALLY think about it, it’s the reason the is entertaining.

That’s all is supposed to be, but with Rent A Girlfriend it’s easy to get lost in the flaws. Especially with the MC.

Relevant: 12 Of The Cringiest Anime That Will Make You Question WTF Is Happening

Chizuru Ichinose is the real star of the show.

She’s 1 year younger than Kzuya (20 years old). The difference in their maturity levels is astounding.

One half of her character is the Chizuru we know with glasses. The Chizuru who’s a college student.

This is her “disguise” or even her real self where she changes her hairstyle and look to separate her “job” from her real identity.

Then we have Chizuru when she’s in “rent a girlfriend” mode.

Pink top, hair out, no glasses… This is where Chizuru really shines as a character because of the way she deals with the ‘s awkward, ridiculous situations.

The situations caused by Kazuya, or his Grandma (and Ichinose’s Grandma) since they’re so nosey and imposing.

The way she handles inconvenient situations and keeps it all professional (her role as a rented girlfriend) deserves praise.

Most people in these situations would lose their composure and blurt out the REAL truth.

That’s understandable, but mixing business with pleasure isn’t always smart. And Chizuru knows this to such a degree you can’t help but be impressed.

She single-handedly carries the whole show, and besides Kibe, she’s the only one to STAND UP for Kazuya when Mami is manipulating and disrespecting him in front of everyone.

Kazuya (like a muppet) takes the abuse and falls for Mami’s BS. An aggravating part of the series, and another nail in the coffin for Kazuya.

If it wasn’t for Chizuru’s solid character the ‘s popularity might have completely gone down the toilet.

Mami Chan, or Mami Nanami is an absolute b*tch. That’s no secret to anyone watching the series.

She knows what she wants and she knows how to get it, even if it means manipulating people weaker than her (mentally), or taking advantage of situations and playing it off as “cool”.

People like Mami actually exist. It’s a realistic representation of many toxic girls who mirror this way of thinking and behaving towards Men with low self esteem. 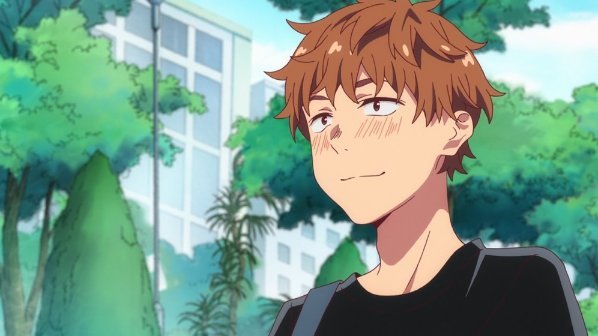 Kazuya is also a realistic representation of MANY guys in the real world. I’m surprised some people believe it’s not realistic when this kinda sh*t happens everyday.

Many men (no pun intended) suffer from low self esteem. Some just hide it better than others.

For those who wear their hearts on their sleeve, they’re the one’s who tend to pander to women the most…. At their own expense.

Even if girls (or their “girlfriends”) talk down to them, they’ll overlook it because of how they feel about a girl in particular.

It’s the kind of realism that makes this come alive. Even if it’s an aspect that makes you wanna jump on a knife standing up, balls first. 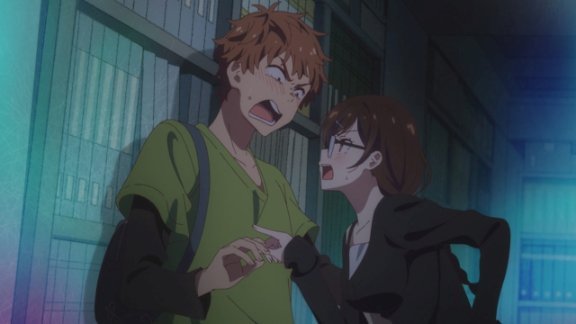 The has cliches. And blatant flaws. Most of these come from the MC himself.

Some will find this relatable, which goes with my point about realism.

The knows how to hold your interest, even if it’s extreme, cringy, or problematic in the way it does it.

You NEED detestable characters. It’s part of what makes an popular.

Well, you don’t “need” it but it’s one element that works.

Rent A Girlfriend clearly does this well. We seen the same thing with Malty from The Rising Of The Shield Hero in 2019.

The popularity of that speaks for itself.

The quality of that and Rent A Girlfriend are different because they’re playing in different playgrounds. But the controversy, hate, and how it makes you feel about the is part of why it’s doing the rounds on social media.

I think the deserves its hype and my reasons have been made clear. But anything could happen in the next 6 episodes to ruin or improve the series.

How do you feel about Rent A Girlfriend?