We can all agree with that much (especially if you’re under 30 years old).

Since the 1990’s the industry has blown up and is now making over a billion or so per year in dollars.

And many more successful shows.

And of course: the efforts made by creators and companies in general.

Despite all this success though, the industry has MAJOR hurdles to overcome

The types of hurdles that:

With that cleared, let’s get into the hurdles the industry is facing. 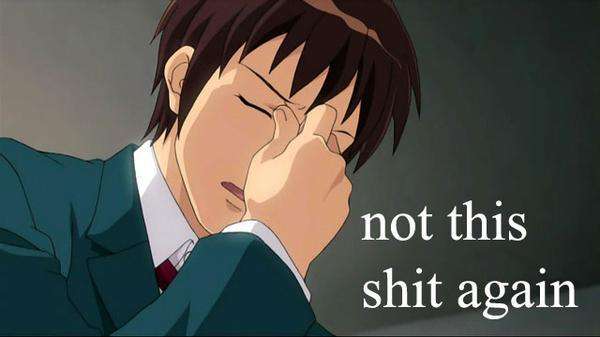 This is a MAJOR issue in the industry. And it’s been going on forever.

Don’t you just HATE seeing messages like this when ?

If you can’t relate then you’re in one of the 2 best countries for :

Outside of Japan and the US, region locking is a major hurdle we’ve yet to overcome.

Let’s take a country like the UK as 1 example.

As surprising as it might seem, even here in the UK you can’t stream all the you want. Because of so many content and copyright restrictions.

Even Indian fans can’t watch all their favorite … legally.

And of course – it’s not just these two countries, it’s many countries/continents across the globe.

Here’s a couple of reasons why region locking is a global issue:

Blu-Ray (and ) are dead. But since there’s a “small” number of fans who still , this example is worth mentioning.

As it stands – region codes are a load of B.S.

The technology is inferior for what’s necessary in 2018.

In fact forget about region codes. The technology behind licensing is also flawed in 2018.

This is what makes region locking more problematic in the first place.

B. It encourages piracy 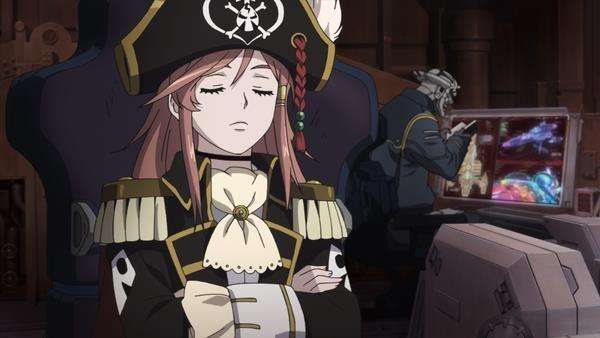 Why do you think Piracy exists anyway?

The self-righteous answer is something like: “because people who watch pirated are scum bags”.

But that’s a load of BS and it’s too simple-minded.

The truth is: piracy exists because the service is poor. And that’s a nice way of phrasing it.

Region Locking encourages piracy, especially in countries that have a legit excuse for it.

C. The technology is outdated

Whether we’re talking about Blu-Ray or region locking in general… The technology behind it is outdated in 2018.

This might have seemed “practical” back in 1980. Or whatever year. But today it’s a major pain that’s holding back the industry’s growth.

It’s not surprising there’s little innovation in the anime industry (or where region locking is concerned). Because 99% of the industry is still relying on outdated thinking that worked 10-20 years ago.

If you’re like Saitama and you’re scratching your head… Let me explain.

Remember what I said earlier about “the industry’s relying on outdated thinking?”

Well, this is where conventional thinking comes in.

This ONE thing is doing the most damage to the industry, and has created hurdles that shouldn’t even exist.

And even piracy on a MASSIVE scale.

Japan is a strange country.

On one hand they’re known for some of the most innovative technology (in the gaming industry at least).

But in the industry they’re scared of breaking out of Japan and taking risks.

They’re more comfortable “serving Japan” in terms of and . Despite the starving international audience they have.

But beyond that – they don’t want to change, improve or innovate in the industry.

That’s why It’s easier to stick to convention and “hope” for the best.

“The conventional view serves to protect us from the painful job of thinking.” – John Kenneth

And if you think I’m making this up…

Just take a look at this:

Every year (even before 2015) sales have dropped like bird sh**

And each year the pile is getting bigger and nastier.

What’s this got to do with conventional thinking?

We’ve just chose to ignore it by wearing a blindfold.

Take a good look at the screenshot above.

It’s a Google search of what people think about anime.

Almost none of the search suggestions are positive.

“Anime is for degenerates” is a harsh example.

I understand the thinking behind that question, because what others think about doesn’t change what we think as fans.

But actually this is an issue.

A. The global success of depends on its image

I hear it now. People saying:

That’s why anyone who works in the industry (even businesses) generally make LESS .

At least when compared to other industries at a basic level.

And yes, anime’s reputation plays a BIG role in terms of international success.

If Japan decided to keep all to themselves, “stereotypes” wouldn’t matter, since stereotypes mostly stem from outside of Japan.

But because IS international, and the goal is global success, how the industry is perceived is important.

B. It’ll be hard for companies to take seriously if it’s “image” isn’t appealing

I mention companies because for to grow, partnerships MUST be formed.

The more of the right partnerships you build, the better for you and the industry you represent.

Imagine if lets say, companies were able to “partner” with the BBC (British Broadcasting Corporation).

The BBC is massive not just in the UK, but on a global scale. With an enormous TV network.

If certain shows were aired on the BBC (where relevant) this would be a big deal for the industry on a global level.

Getting on the BBC is like winning the lottery in the TV world.

So like it or not, these stupid stereotypes of have “some” influence on the industries success worldwide.

Improving the overall reputation of (without selling its soul) is necessary.

Especially if Japan is serious about global domination.

I’m not saying content quality is “bad” in general, but let’s be honest…

Nowadays studios and creators are “in a rush” to create so much content… That they’ve forgotten about quality all together.

In fact they put quality on death row and strangled it to death when body was looking.

Darling In The Franxx is the obvious example 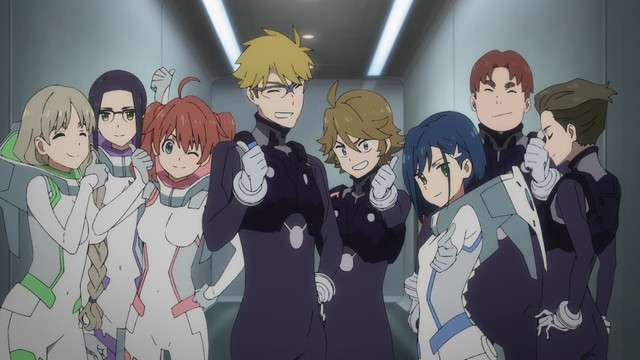 If you’ve ever had your high hopes kicked in the balls with steel boots, you’ve probably watched Darling In The Franxx.

They’re one of my favorite studios, even though they have a “small” catalog of shows.

In the first half of – most fans thought the same thing.

But after the first half of this series aired… Yeah you get the point.

The slipped up and didn’t bother to get up again after that.

An anime fan on Quora puts it this way:

“It drives me nuts when an , whose story is running very thin, just happens to throw in the obligatory ocean visit or pool scene or hot spring dip. The only reason for this is to draw in their watchers through the fan service.”

It’s hard to come up with something creative and different if all you’re thinking about is creating dozens of shows for the sake of it.

I believe behind the scenes this is doing more harm than we ‘re able to see or realize. 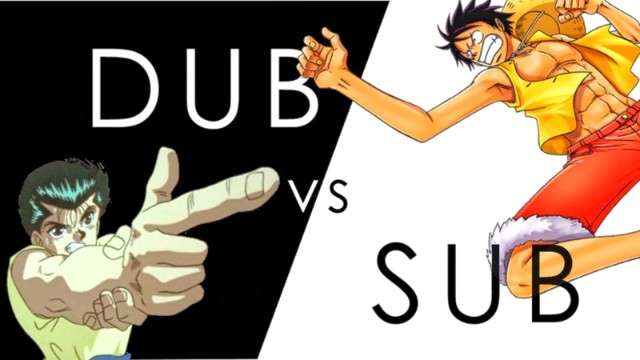 This isn’t a debate between dub vs sub – I don’t give a damn about that childish argument.

But what I do want to say is: the challenge the industry faces is dubbing a large amount of shows.

Have you ever noticed how few dubs exist?

An ignorant response to that statement would be something like: “nobody cares about English dubs”.

But in reality: millions of fans live and breathe English dubbed anime.

I wouldn’t have discovered if it WASN’T for English dubs.

The voice actors and actresses deserve a high-five for the hard work they’ve put in over the years.

But there seems to be some issues, whether it be:

One of these 4 things stands in the way of subbed being simultaneously dubbed for those who want it.

Most of the time English dubs take YEARS to be produced. In other cases it never happens.

And too many to count.

I’d love to watch these shows (in fact I want to) but I’d prefer a dubbed version.

If the industry can get the details ironed out, this will BOOST ‘s global success without fail. 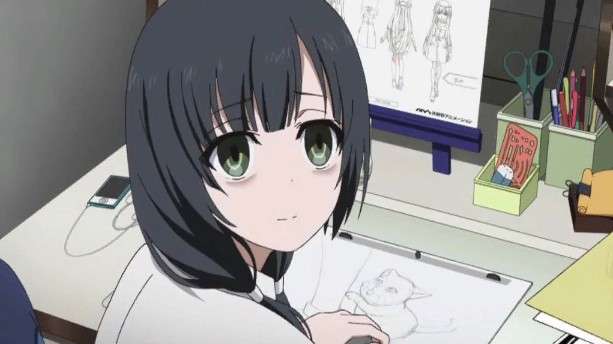 When all is said and done – what matters is the environment you’re working in.

Everything else is determined by that, no matter the job, business or industry.

The irony is: these working conditions are the same reason there’s a “shortage” of animators.

To people disappointed by Attack of Titans S2 being only 12ep. Sad but there is a real shortage of staff because of overproduction.

Japan in general is also known for their “workaholic” nature.

I’ve been called a workaholic. But that’s a joke compared to what being a workaholic means in Japan.

In dozens of cases, being a workaholic in Japan means death.

And it’s not just “in Japan” as a whole, it’s in the industry as well.

7. Small budgets and lack of funding

Japanese companies, even the one’s who’ve been around for years have small budgets and funding sources.

When you look at it from a Japanese perspective, 1-3 million yen sounds like a lot for a company.

And it gets even worse when you convert it to British pounds.

It’s no surprise studios struggle to produce quality content when you consider these facts.

And it’s no wonder “animator shortage” is even a thing when you look at the financials. Despite HOW long these studios have been in business.

The industry is brutal

I don’t have enough insider-knowledge to speak on why this is the case… At least not as deep as I’d like.

Because of the way the industry is set up, and how it runs, this is the reality it’s created for many of the studios we selfishly expect to create shows we know and love.

It’s a lot more complicated than it looks, eh?

Question: How can we solve these problems? 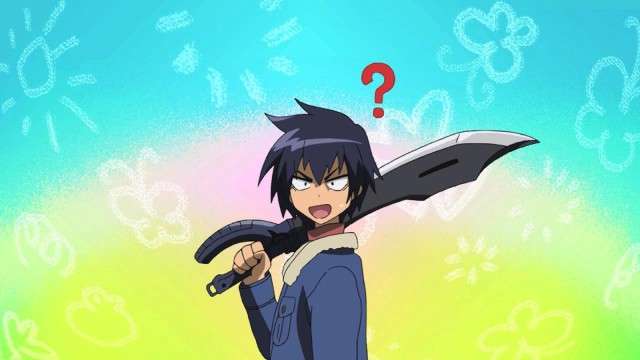 One anime fan on Quora says this:

“I’ll tell you what the industry needs. It needs a Steve Jobs, it needs an Apple and an iTunes store.”

What he means is we need innovation similar to what Steve Jobs did with Apple.

Another anime fan on Quora suggests this:

“If the industry has to take major strides in expanding to a much wider audience base worldwide, the time has come to adopt newer technologies and for that it is necessary to break the regional barriers.”

Manish then goes on say:

“So, what the industry is desperately in need of, is a platform which is the equivalent of YouTube.”

I have my own thoughts about this too. And I’ll write an article about it.

But if you have something to share in the meantime, do it over social media.

P.S – some of my points might seem harsh, but it’s just tough love.

I love the industry, and that’s why these conversations are necessary.

11 Ways To Support The Anime Industry