live action adaptations need to be shot in the head and laid to rest. They’re a headache to the industry.

Not once have I seen an fan get excited about a new live action adaptation being made. I talk to a lot.

Why Live Action Adaptations Should Die: 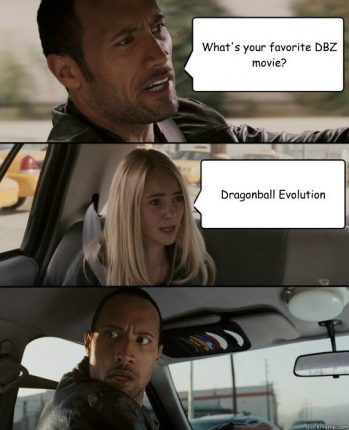 Remember Dragon Ball Evolution? In fact why would you wanna remember that movie anyway?

Dragon Ball Evolution is the perfect example of why live action adaptations need to die. And that movie was made years ago at this point. 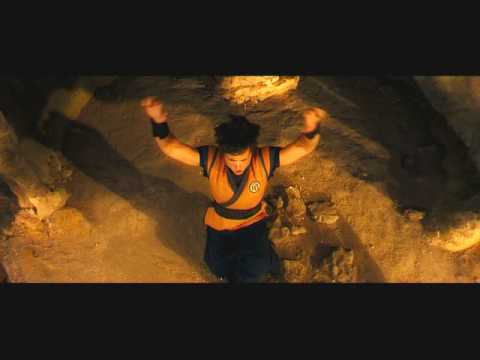 , a billion dollar franchise was turned into a whitewashed load of bollocks by Americans with on their mind.

The “money (and not art or talent) is at the forefront of your decisions.

Or even common sense in this case.

Nothing about the movie was authentic to . You could pick a filmmaker off the street and they’d find a way to do a better job.

The whole thing (as with live adaptations) felt like a rip off with no respect for the original material. 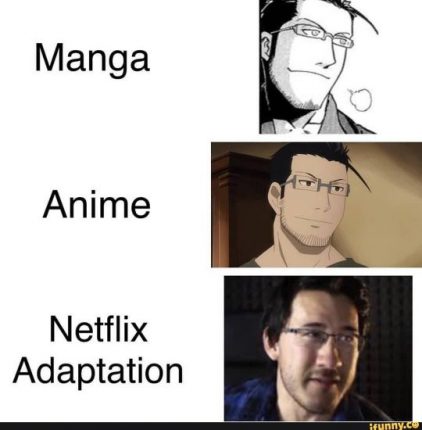 This was in 2009 and 11+ years later people are STILL making fun of live action adaptations.

Netflix being the rear end of the jokes now because they’ve made piss poor attempts.

You literally have to think HARD about live action adaptations that are good or of a respectable quality.

That’s because a lot of these adaptations are all talk and no action. Hype at the expense of quality and authenticity.

Relevant: 12 Of The BEST Recent Anime Movies Worth Watching

@netflix bruh I can just barely forgive y’all for still having only up to season 5 of bleach, and all those dogsh*t live action adaptations like , but now y’all defending pedophiles bruh, y’all could die and I’d smile

My favorite part of watching live action adaptations of /anime is when I laugh and go
“How is _this_ guy!?”

What are they doing?? Seriously Hollywood needs to stop making crappy live action adaptations of beloved cartoons and and dumbing them all down

Almost everyone I talk to doesn’t think too much of live action adaptations.

How could they anyway? Generally they’re:

And many times they don’t improve the reputation of the shows or original material.

Even if they do trend, that by itself doesn’t mean anything in the long run. It’s not good enough if the quality is bad.

For the average American where these “adaptations” take place, they might enjoy a few here and there. More so if they haven’t watched the original content….

But for the majority, live action adaptations for is a headache and is more of a disservice to the industry. 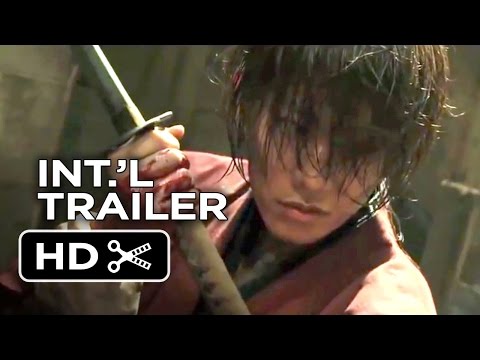 Rurouni Kenshin is the only live action adaptation fans praise from what I’ve seen.

In this case there’s no whitewashing and the cast is Japanese, which is true to Rurouni Kenshin’s material and characters.

It’s no wonder this became a rare example of “how to do it right” with live adaptations.

But that’s rarely the case 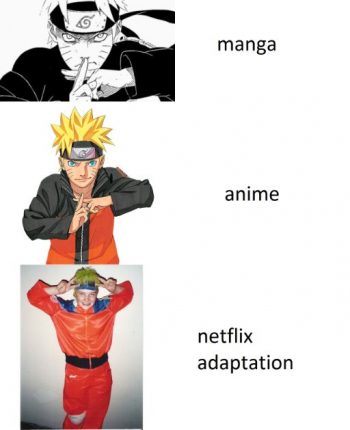 The reason why there are MEMES like this is because America is bad at choosing the right material.

The west as a whole is bad at choosing the right material. That’s why it turns out bad.

was never a good idea. There’s too much fancy fights and flashy elements and complicated moves that realistic films can’t portray.

And even then – most of these types of shows wouldn’t work.

Or an along those lines.

Each of these are slice of life, romance, or fantasy. But not the complicated type that’s hard or impossible to adapt.

But for some reason these style of are never chosen.

They’re too busy thinking about how “mainstream” a show is instead of focusing on whether it’ll make a good film in the first place.

Rurouni Kenshin worked because it’s not flashy, and the samurai element is easy to adapt without obvious flaws.

Most of the time fans don’t even ask for it, and then after it gets adapted it sinks like the Titanic.

Or like Ghost In The Shell’s adaptation – it trends on Twitter and the ratings roll off a cliff.

If Netflix and American companies are bothered to choose the right material, I have the no problem with it. But as far as things stand, they’re pointless and have no business being adapted.

They’re the worst of all forms of “adaptations” that happen in the industry by far.