There’s nothing like having an Otaku for a school teacher. Especially when that teacher is motivational and knows how to keep his students interested.

That describes Junichirou Kagami from the perfectly named : The Ultimate Otaku Teacher.

Though lazy, he’s wise. And though laid back, he’s smart, passionate and has a mind of his own.

If you haven’t watched Denpa Kyoushi, it’s a fun show worth watching. Centered around school and comedy.

Almost every episode is packed with a life lesson we can all learn from.

Here are thebest quotes to give you a dose of inspiration. 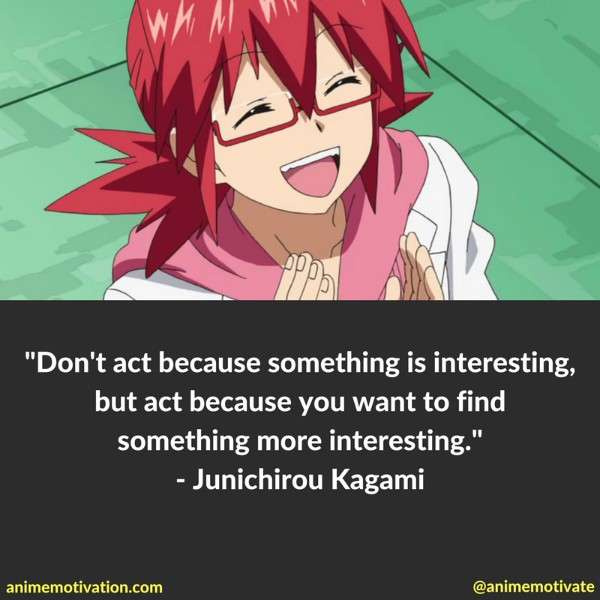 The pursuit of finding something interesting is enjoyable and an adventure in itself. 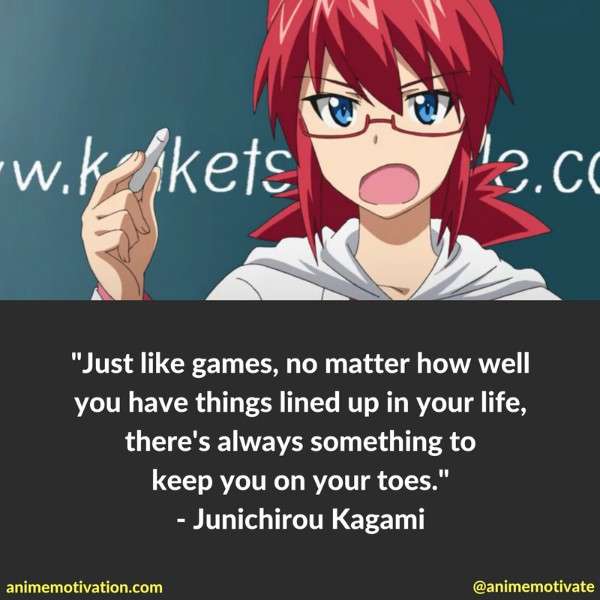 “And like , no matter how well you have things lined up in your life, there’s always something to keep you on your toes.” – Junichirou Kagami

Isn’t that what makes things so much more interesting? 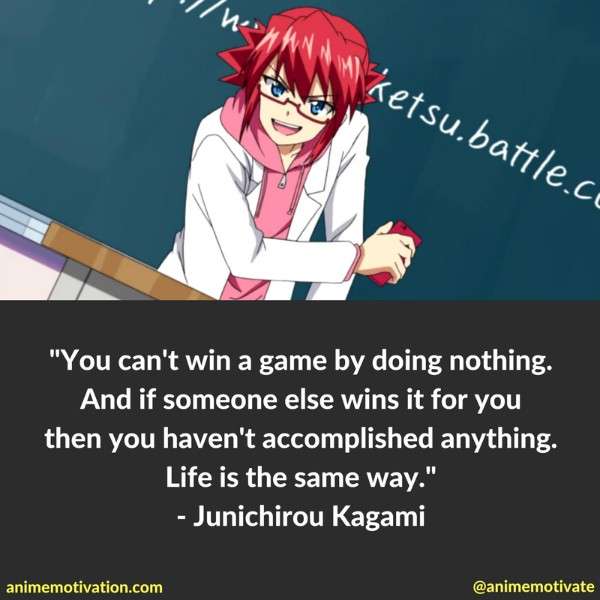 “You can’t win a game by doing nothing. And if someone else wins for you then you haven’t accomplished anything. Life is the same way.” – Junichirou Kagami

A lot of things that apply to video also apply to our lives. 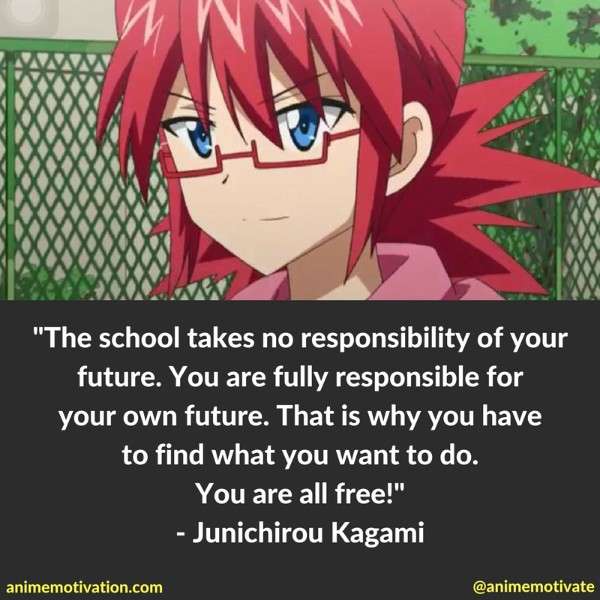 “The school takes no responsibility of your future. You are fully responsible for your own future. That is why you have to find what you want to do. You are all free!” – Junichirou Kagami

And a lot of teachers won’t tell you that in modern day society. 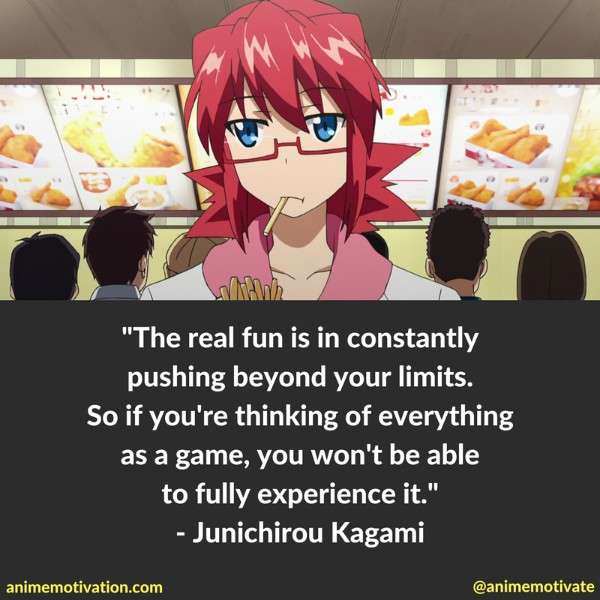 “The real fun is in constantly pushing beyond your limits. So if you’re thinking of everything as a game, you won’t be able to fully experience it.” – Junichirou Kagami

limit you eventually. But life itself is limited only to how far you want to go. 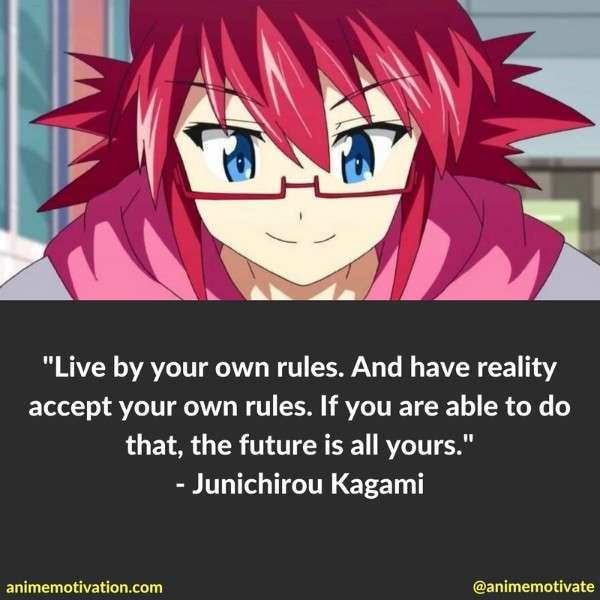 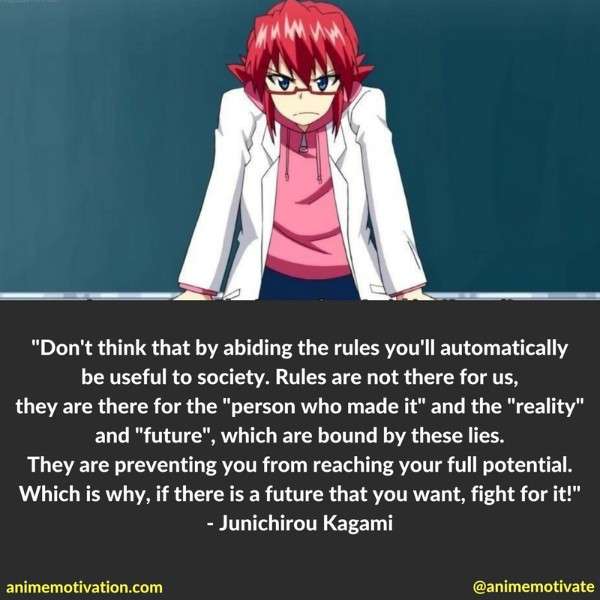 “Don’t think that by abiding the rules you’ll automatically be useful to society. Rules are not there for us, they are there for the “person who made it” and the “reality” and “future”, which are bound by these lies. They are preventing you from reaching your full potential. Which is why, if there is a future that you want, fight for it!” – Junichirou Kagami

This is true. Rules keep you safe. But abiding by every rule will only limit and restrict how far you can go. 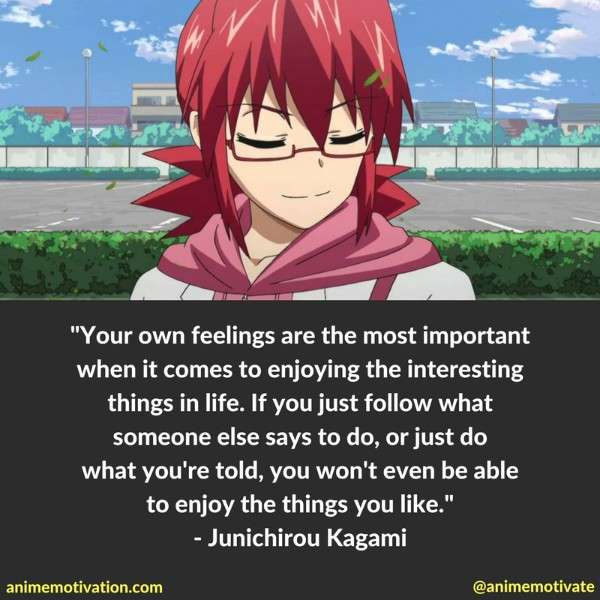 “Your own feelings are the most important when it comes to enjoying the interesting things in life. If you just follow what someone else says to do, or just do what you’re told, you won’t even be able to enjoy the things you like.” – Junichirou Kagami

You know the feeling. You do as you’re told, which is the opposite of what you personally want to do.

And then you’re left feeling unsatisfied, angry, or even upset at yourself. 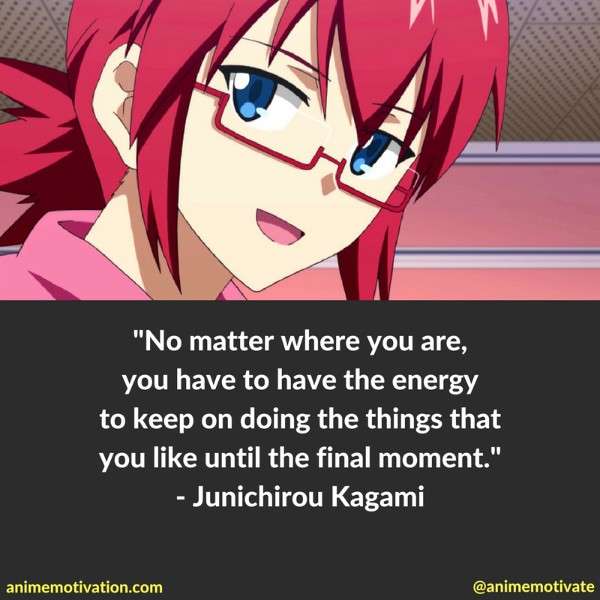 “No matter where you are, you have to have the energy to keep on doing the things that you like until the final moment.” – Junichirou Kagami 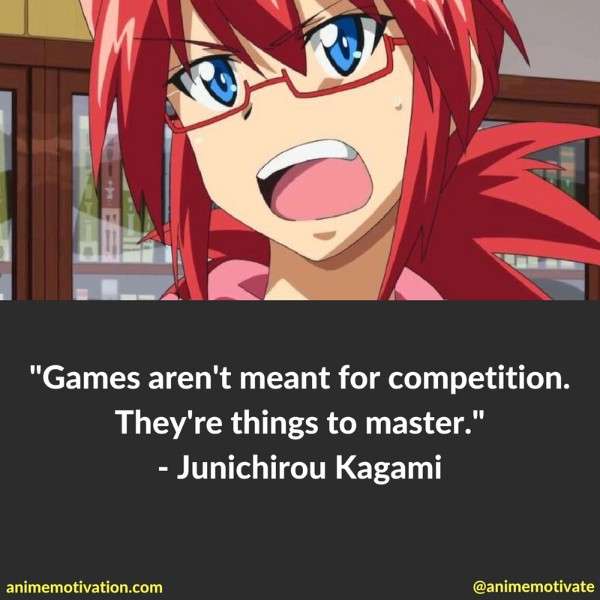 And that’s why there’s so many challenges to overcome. At least that’s a way to look at it!

Which quote is your favorite?

The Surprising Differences Between An Anime Enthusiast, Otaku And A Weeb