Japan is a strange country if you’re coming from a place like UK, US, or other parts of the world. Seeing as they do things very differently in terms of entertainment.

But then again – we might be strange to the Japanese, seeing as we’re different too.

I say that to say this: some shows take “weird” to a whole new level of entertainment. Some of which will make your eyes roll, make you throw up or stop watching all together.

With strange concepts that will make you question who or why it was even made.

Here are 6 of the weirdest that might make you think twice.

1. A Little Sister Is All You Need 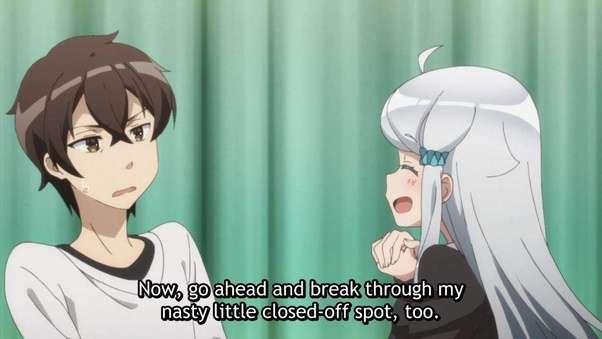 A Little Sister Is All You Need released in 2017. Made by the same studio who created Kokoro Connect.

When the first episode opens up, you don’t know what to think. Seeing as what’s portrayed is incest.

And while the intentionally throws you off in the first 60 seconds, the rest of the is more toned down. Though there’s plenty more weirdness that follows that’ll make you uncomfortable.

2. The Master Of Killing Time 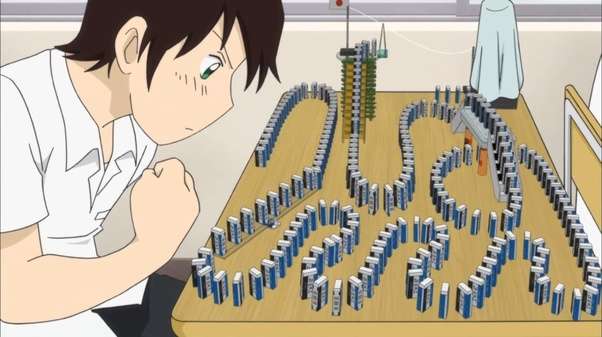 A kid named Seki-kun is observed fooling around in class and killing time. Episode to episode.

Each episode is 7 minutes, but what he gets up to and the format itself is weird.

Like taking a bunch of erasers and making patterns out of them (image above).

This is literally the focus of the show, so don’t expect much conversation or witty lines in this one. 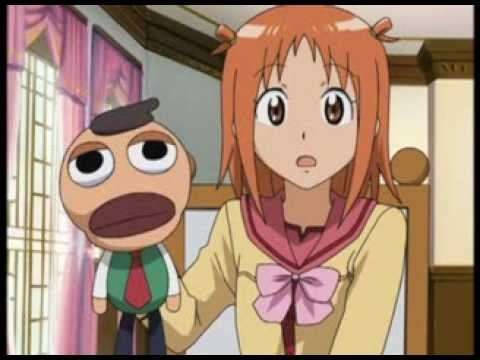 This is a school/slice of life series. And yet – despite having no “supernatural” tag, Rino Rando has a talking puppet that’s alive. And has lived for dozens of years.

It’s never explained how or why it’s able to talk (even without her holding it) but it’s a little weird.

Despite that, this is the only I consider enjoyable and worth watching, in spite of its weirdness.

Related: The #1 Anime You Should Watch At Least “Once” In Your Lifetime 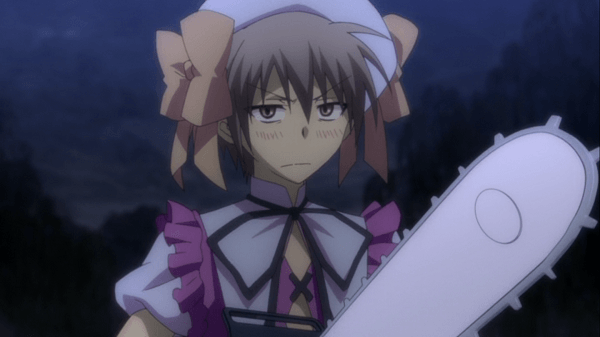 This guy is killed, brought back to life, steals a magical girls costume (and powers), and then is forced by the same girl to fight creatures. Dressed like a magical girl…

If that doesn’t sound weird, then someone needs to tell me what is!

Funnily enough, this is the same reason this has “appeal” to some fans. But it’s a little too ridiculous for me, and might be for you. 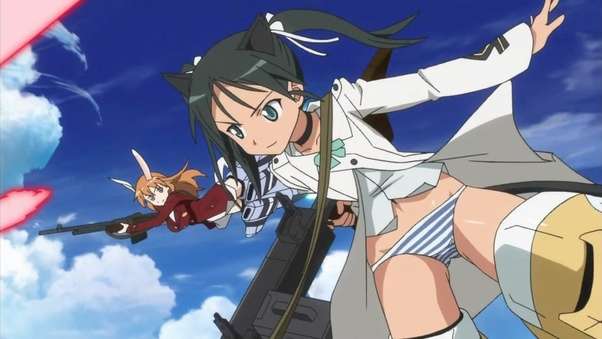 This anime essentially takes world war 2, and recreates its own story from the events.

EXCEPT… the characters are little girls. Kids even. With their “bits” on display as you can see from the image.

It’s even rated as mild nudity, which says it all.

In terms of animes based on realism or real life events, it’s a comical joke. And way too weird for me to take seriously.

I mean, what’s fun about watching little girls half-naked fly around with guns half the size of their bodies? 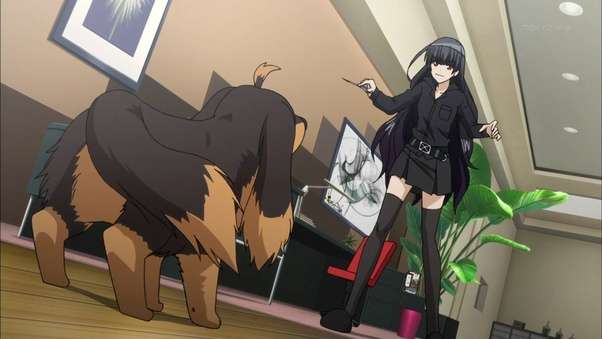 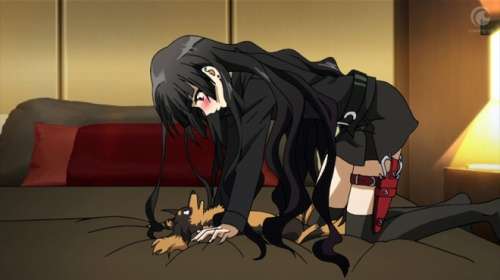 Basically a boy is killed, and brought back to life… as a DOG. Can it get any weirder?

The weirdness doesn’t stop there though. The sadistic woman (image) is the only person who can hear his thoughts, despite him being turned into a dog.

The animes boring jokes, dull sarcasm, and most of all – the weird fetish the girl has for torturing, and even having an interest in the dog… Is just weird.

It takes sadism to a strange corner of the world not worth seeing.

Seriously – it’s probably the weirdest  to ever exist.

It’s obviously an for anyone with a strange fetish. Otherwise I have no idea what the creators were thinking with the kind of “comedy” they tried to pull off.

Read This: 7 Anime Shows That Predicted The Future And Were Ahead Of Their Time