From Samurai Katanas, Magic Pistols to Mechas that can lift galaxies, is filled with all types of weapons.

In this list, we’ve hand-picked some of the coolest (not necessarily strongest) weapons that we wish we could wield. 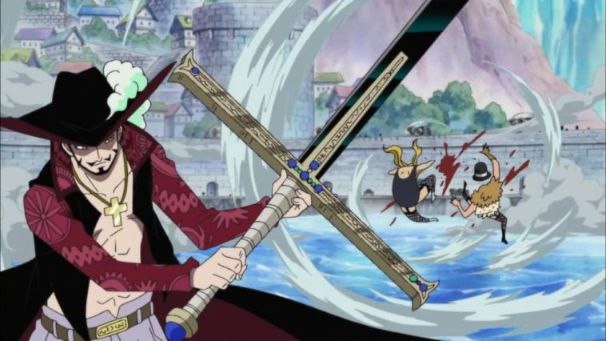 It is also the only black blade we have seen in the series & hence fans can’t wait to see Mihawk in action. Fans want to see the potential of Yoru.

Even with the little we’ve seen from Mihawk, Yoru easily qualifies to be on this list. 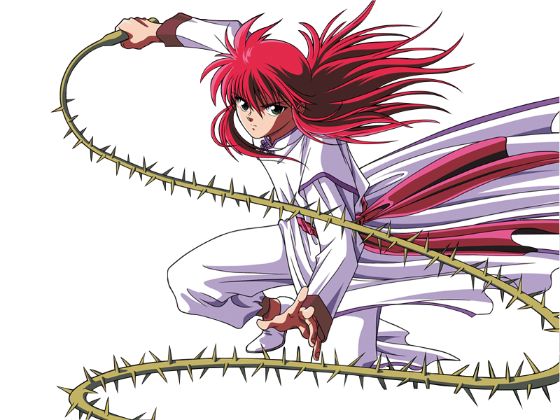 Kurama can use his spiritual energy to create a whip from a rose, which is strong enough to cut through the skins of some of the strongest demons.

Not only is the Rose Whip strong, but it also perfectly fits Kurama’s gracious character. 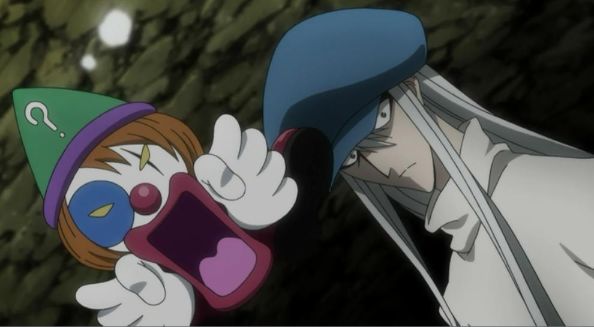 Another one of Toagashi’s creations. Crazy Slots is Kite’s nen ability which gives him a random weapon when he activates it.

These weapons can range from a machine gun to a scythe.

Since we weren’t able to see all the weapons in Crazy Slots’ arsenal, it is also kind of a mysterious ability. 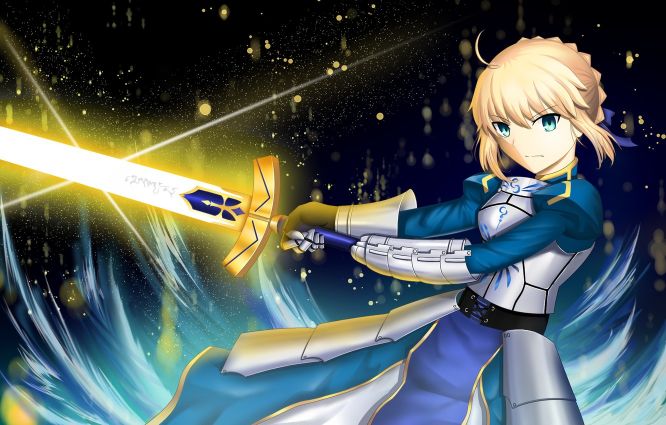 As the name suggests Excalibur can generate huge amounts of offensive power (if the wielder has enough spiritual energy),

Victory is guaranteed if used pretty much. 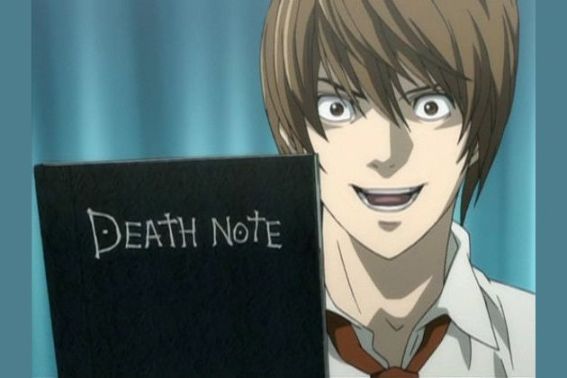 isn’t just a weapon, it is the main ingredient for the conflict in the show to happen.

Using you can kill anyone by writing their name on it. Many fans have definitely fantasized about having a once in their life.

There are various rules follows, making it pretty complex. 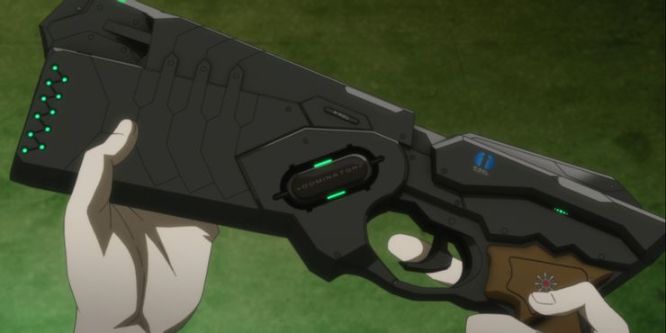 Similar to , Dominator in Psycho-Pass dictates many plot points.

A dominator is a gun, which when aimed at a target reads & sends psychological data. This determines the crime coefficient of the target.

This data then judges whether the target is going to get some kind of punishment by law or not.

Samehada is no ordinary sword. It feeds off the chakra of the target it hits, making it extremely deadly.

It is one of the seven swords used by Seven Ninja Swordsmen of the Mist.

We have chosen Samehada over others in this list because it is regarded as the strongest by multiple ninjas in the story.

Plus It is more complex than the others.

Nobara’s weapons are some of the most unique weapons you’ll find in .

She channels her cursed energy through her hammer & nails, which allows her to use these nails as projectiles. 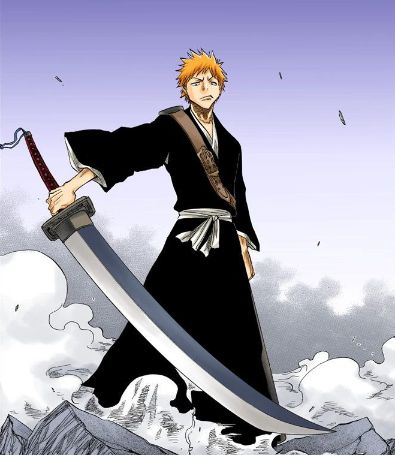 Zanpakuto is the main power system of Bleach.

Zanpakuto are basically magic swords that have their own will.

These swords can do a lot of things, depending on their wielders.

The special move Bankai makes them some of the coolest weapons to exist in . 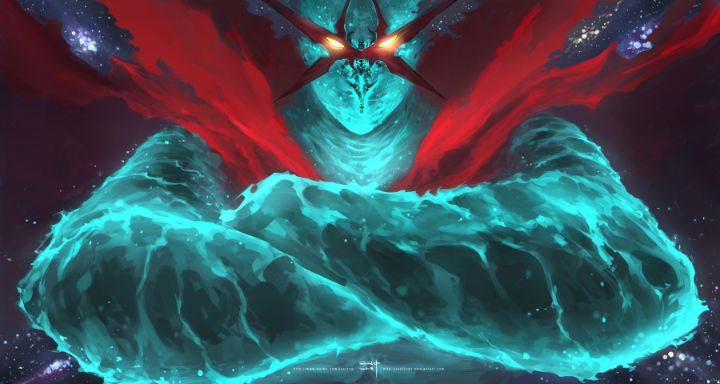 Super Tengen Toppa Gurren Lagann is a mecha-like mass of energy, larger than the universe itself.

It can manipulate space-time & use galaxies as projectiles.

It is easily the strongest Mecha in all .

The sword that can cut through hell itself (metaphorically)

In the current timeline, Enma is wielded by Roronoa Zoro but 20 years ago it was one of Oden’s swords.

Using Enma, Oden was able to scar one of the Yonkou Kaido in the past. 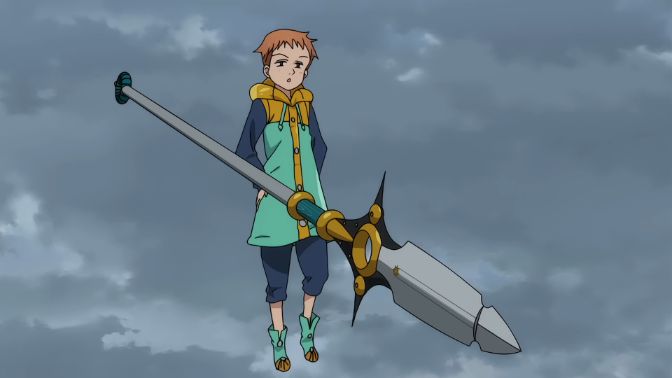 The Spirit Spear Chastiefol is the primary weapon of King, one of the sins.

It’s probably the coolest spears in all of .

It can turn into multiple daggers, can levitate & transform into a pillow. 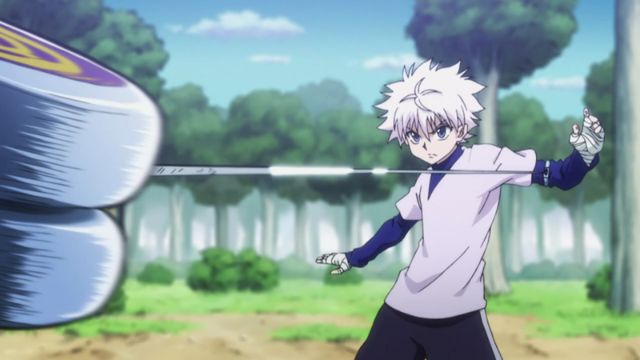 At the start, Killua’s yo-yos are introduced as your normal but when Killua starts using them as weapons, they become extremely deadly.

Killua can run electric currents through them & their weight is enough to shatter ground.

Related: 15+ Weird But Powerful Anime Weapons That Are Unforgettable 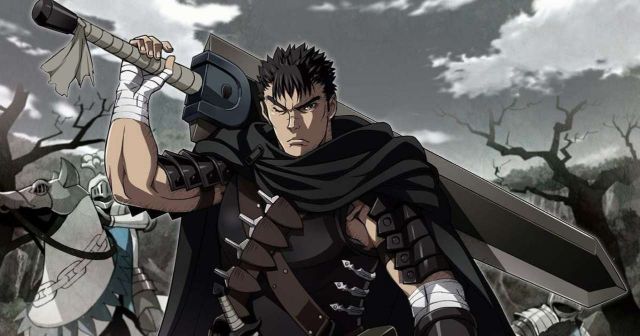 Any weapon list is incomplete without the legendary Dragon Slayer.

Dragon Slayer barely qualifies to be a sword.

It’s basically a huge chunk of metal, which is impractical to be used in combat by normal humans, but Guts being a chad, he uses it as his signature weapon. 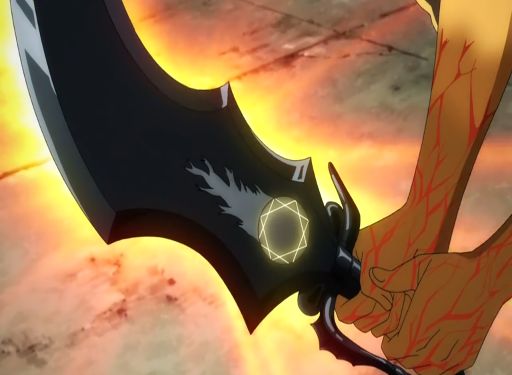 Amon’s Royal Sword is wielded by one of the main characters of the story Alibaba Saluja (it is his Djinn weapon equip to be precise).

This Djinn equip is an evolved version of Alibaba’s old sword which uses the power of Amon.

It becomes a fire sword with a really cool design.

From Page to Screen: Top 20 Anime Shows Based on Light Novels