If 100% of fans vote an 10/10, the world is coming to an end. Because it’s impossible for every person to have the same opinion.

But with that said – there are you’ll rate a 10/10 based on your own personal feelings.

And for me – I’ll always give these shows a perfect 10/10, because of how much I enjoy watching them.

1. Re:Zero – Starting Life In Another World

Re:Zero will always have a special place in my heart. And yes – that’s cheesy as F, but it’s the truth.

I’m the kind of person who avoids anything that’s “too mainstream” during the time a shows airing. So It wasn’t until earlier this year that I watched it after seeing how much “hate” it got. 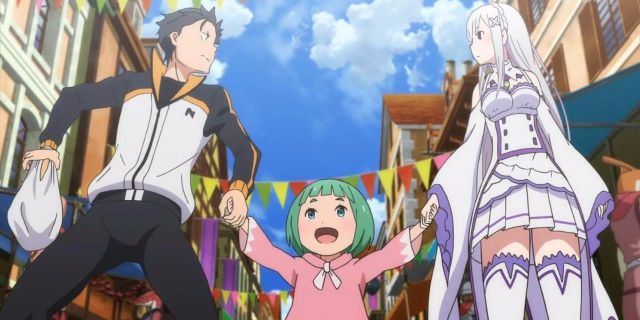 The first episode grabbed me. And the first half of Re:Zero blew me away.

The real, raw and relatable experiences the main character goes through. And the madness happening around him.

The psychological aspects run deep, as expected from Studio Whitefox. 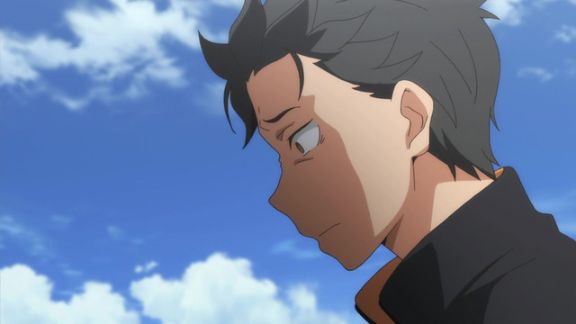 And the 2nd half of the anime is was did it for me in terms of a perfect 10/10. I almost rated it less, but the sudden turn of events and the fiasco of how the plot changes is well-done.

Subaru Natsuki’s officially one of my favorite characters now.

One day I saw someone mentioned Flying Witch alongside other slice of life series online. It was by accident.

After all, there aren’t many fans of this niche slice of life (produced by J.C Staff). 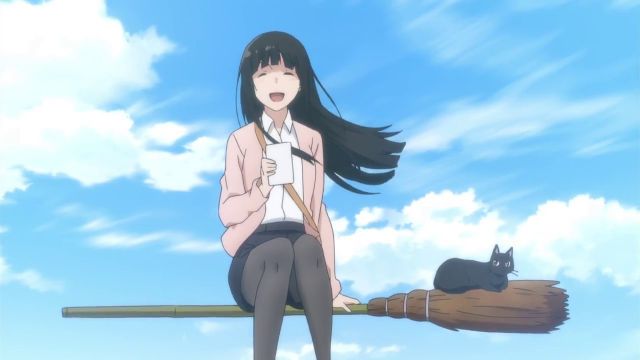 It’s the kind of you watch when you want to:

Or the you watch when you’re sick and tired of the typical tropes, cliches, fan service and other nonsense that’s so common in the industry.

Flying Witch peels back all the foolishness you see in your everyday slice of life or comedy show, and gives you a more “true to life” experience that feels more realistic.

Even if it’s at the expense of being “boring” compared to more emotionally driven series. 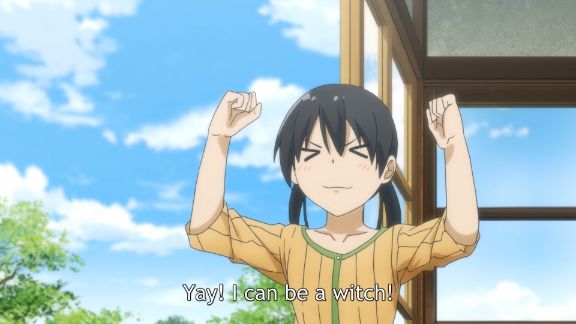 And that’s what I love about it.

There’s nothing like it and it doesn’t try to be anything other than what it is: a chilled based in the rural country side.

Everyone’s got an opinion. But not everyone is able to express it without letting their ego get in the way. Or without trying to “look down” on you for thinking different.

is that kind of series. Tons of people hate it, but 100’s of thousands of more people LOVE it. 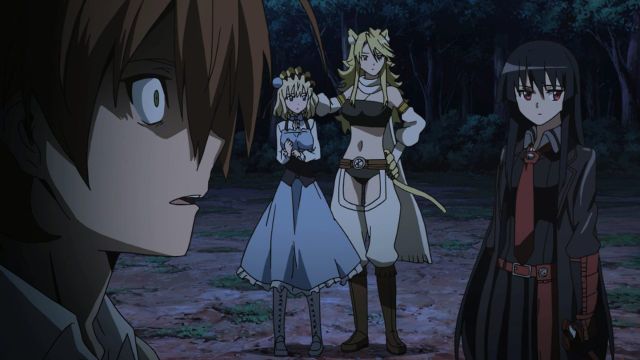 It’s a Shounen that strips away the “plot armor” and the usual hype, in exchange for something more realistic and true to life. 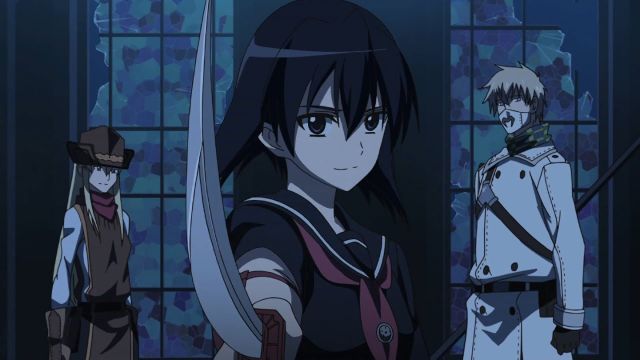 Once you die in … it’s game over. You don’t get second chances like .

There’s no “plot armor” to save you from making stupid decisions.

Jormungand is another series that’s “realistic” for how it portrays itself, connecting fiction with reality through its brutally honest plot, characters, and dark themes.

Unsurprisingly – this is also made by Studio Whitefox. It’s the kind of quality they’re known for. 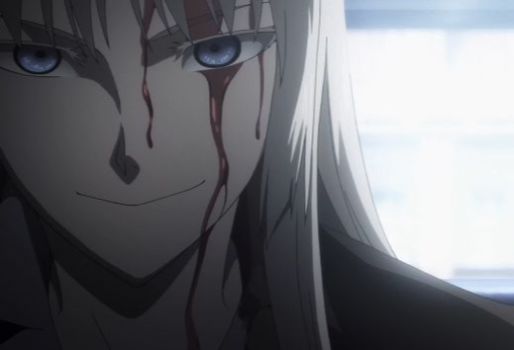 Koko Hekmatyar is an arms dealer. Who makes millions of dollars selling weapons, guns, and military equipment for a profit.

It doesn’t matter who her clients are, as long as they’re willing to pay big to get their hands on what she sells.

The chilling thing about this story line is: this is the reality of what arms dealing looks like… IN REAL LIFE. 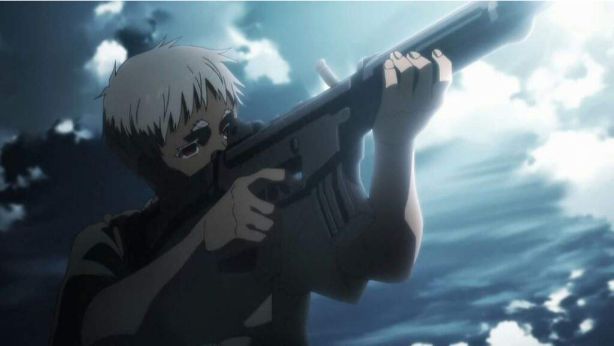 It’s a depressing thought to think there are people who sell weapons to warlords and politicians who won’t hesitate to start wars in order to profit. But that’s the truth.

Jormungand is a perfect example of that. And it’s realistic as F. 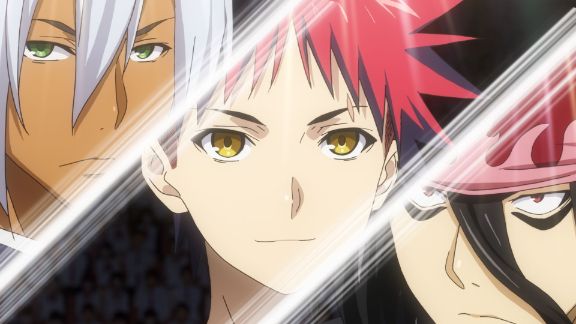 Food Wars is what happens when you throw in a pot, and sprinkle in some Shounen to complete the meal.

It takes the best of both worlds, and somehow manages to use “” to exaggerate the experience of how good the food tastes. 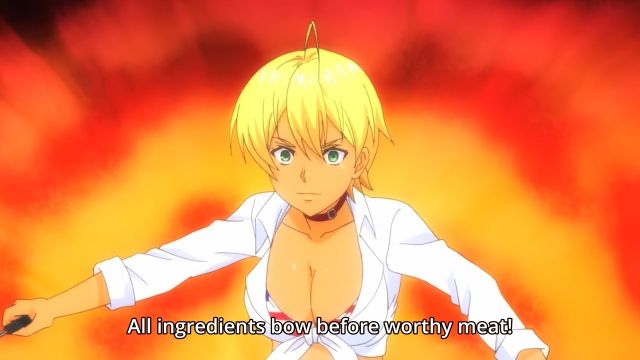 That’s what makes Food Wars the kind of you either love, hate, or can’t stand because it makes you cringe.

But for me – I love the innovative ideas behind the Food Wars series.

And the business lessons you get to learn from each chef, not to mention how they adapt to difficult situations and get creative…

This is what I love most about the .

is a horror story with magical girls as “victims”.

The sweet, innocent idea of magical girls saving the day and being a ray of hope for everyone they bless… That whole concept is crushed like an apple, and flipped around like a somersault. 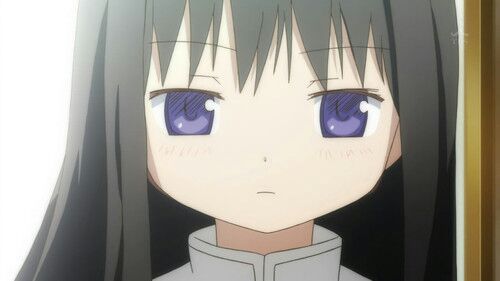 It breaks convention, and the magical girl series needed it at the time of its release.

That’s why will always be my favorite magical girl series for its originality, depth, and characters you can relate to in one way or another.

It deserves the recognition.

Hinamatsuri starts out like a stupid cliche where the main character ends up naked, with the “other” main character in shock at the absurdity of what’s happening.

But once you get past the stupidity of the 1st episode and the weird but cliche tropes that are all too common, it starts to build into a masterpiece of emotional story telling and tasteful comedy. 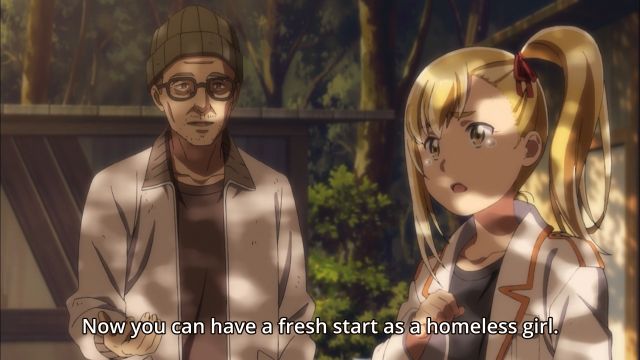 What’s surprising about Hinamatsuri is how it manages to focus on homelessness, a controversial topic in itself, and the everyday life of an girl who”s slightly entitled. And even entertaining to watch.

It’s not just one of the best of 2018, it’s a stand-out series in the slice of life genre I’ll never forget.

Violet Evergarden is like a movie. When you watch a typical film, everything happens in one sitting.

It’s not split up into “episodes” or anything like that (your typical film I mean).

Even though Violet Evergarden is episodic like your average , the stories are NOT. 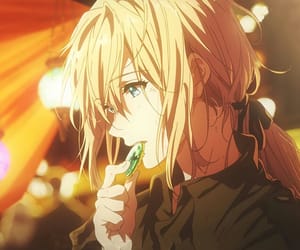 Each episode focuses on a different person’s story, and Violet’s attempts at helping them write it as part of her job.

The emotional stories are so well written you could call a single episode an entire series. Because Kyoto Animation was somehow able to fill so much depth into each episode and still make it memorable, while making a huge impact. 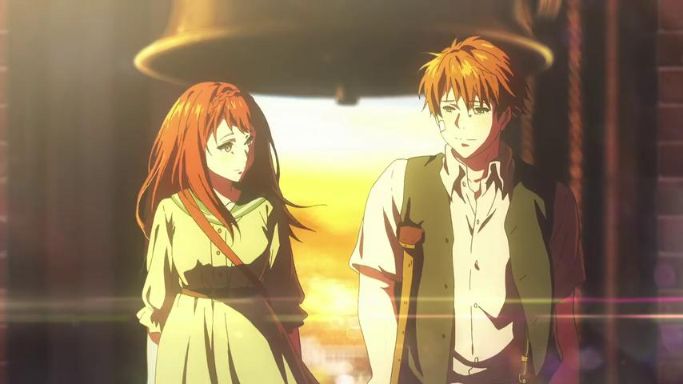 The designs are stunning and the animation is on its own planet.

I’ll always rate it a 10/10 without hesitation.

The Disastrous Life Of Saiki K is one of the only to get me “hooked” within the first 5 minutes of watching.  And it makes sense.

The first episode is dedicated to explaining who Saiki K is, why he’s so (as a psychic), and what his motivations are in general. 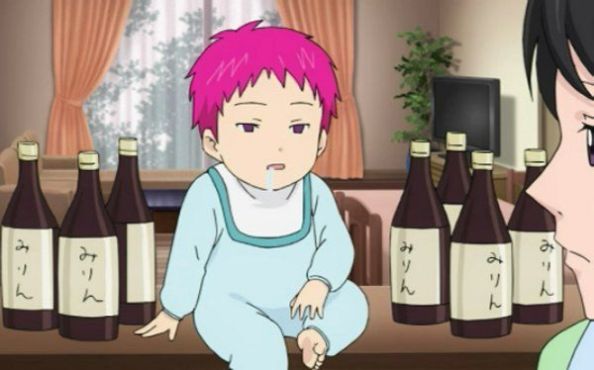 I laughed hard within a few minutes of seeing it play out. And since then — Saiki K has become one of my favorite of all time.

The way I describe it is: it’s a clean version of Gintama without the fan service. 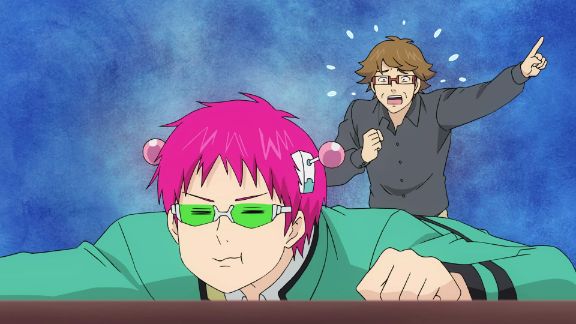 The dialogue is clever and the parodies are witty. J.C Staff outdid themselves from a creative point of view.

I doubt I’ll find a comparable for as long as I live.

Kino’s Travels: The Beautiful World is based in a not so beautiful universe of people who live by strange rules and ideals.

Kino discovers that for herself since she loves to travel the world on a talking-motorbike. Staying in no city, town or country for more than 3 days. 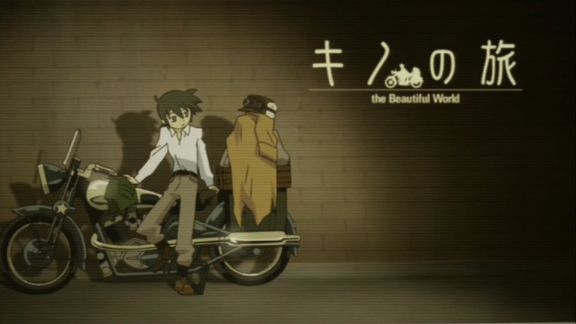 Kino hates the idea of getting too “comfortable” and settling for less. That’s why she’s motivated to travel and explore as much as she can in the world around her.

This makes Kino’s Travels so philosophical, deep, meaningful and even mysterious. 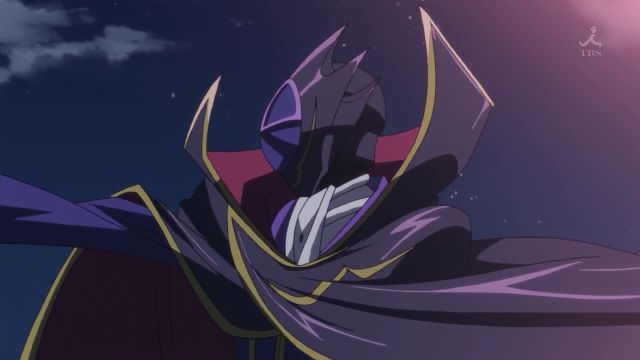 Code Geass is a Mecha series with style, swag, and a conflicting protagonist who drives you to hate or LOVE him for who he is. And how far he’s willing to go to “achieve” his goals.

I think of Lelouch as a “sane” version of Light Yagami. But similar to Light – he’s got blood on his hands because he’s relentless and won’t allow anyone to stand in his way. Strategy, tactics, planning ahead and outsmarting your enemies – Code Geass does it better than almost anything I’ve ever laid eyes on.

It’s so well done it’s wrong to “just” think of Code Geass as a Mecha series.

It’s one of the few that makes “Mecha” seem like a cool genre. Even if it’s generally not.

is another I watched in 2019. I avoided it for a while because of its insane popularity..

But as is the case with some  mainstream shows – I’m glad I got around to watching it. The hype is real, and the sheer quality dripping out of this series is unbelievable. Some fans complain about the changes in the 2nd half of , but in the end – Death Note is still a masterpiece in my eyes.

The diversity of characters, and the cunning yet shocking surprises the pulls from under the rug – these are just a few reasons why deserves a 10/10 rating. 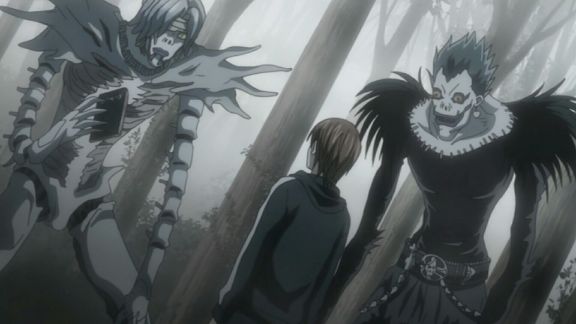 That’s the rating I personally give it. Not because it doesn’t have any flaws, but because in spite of flaws – a lot of serious effort was put into producing it.

That quality shows throughout the story, plot, and episodes that follow if you ask me.

10 Of My BEST Anime Characters From Bleach

Gurren Lagann is easily a 10/10, the whole show is an intense emotional roller coaster that gripped me and when I finished it made me feel empowered and motivated. It’s rare to be good in every factor, the unique animation, the interesting and diverse characters and also the INSANE character development that Simon goes through.