I haven’t been in the Naruto community for long, but it’s funny how people debate Hinata’s relevance. And whether Naruto should have ended up with Hinata or not.

Especially when debating if Naruto deserved Hinata more than Sakura.

Well whatever the case, let’s get into it.

Here’s why it’s not even debatable, and why fans have selective memory. 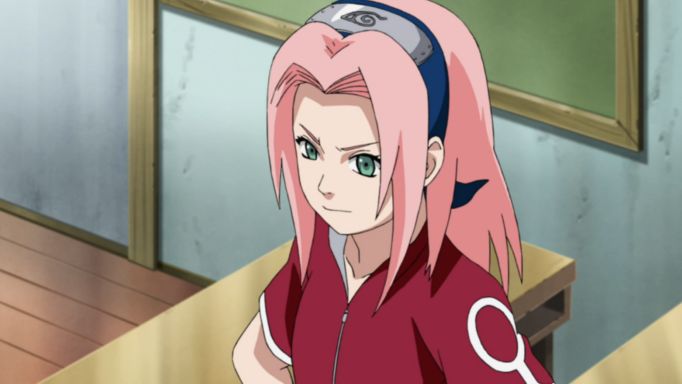 From the beginning of Naruto, most of everyone see’s Naruto as a pest, an annoyance, an idiot and someone who doesn’t deserve respect.

Sakura Haruno is one of those people. Iruka and Hinata are the “few” exceptions.

Sakura’s always seen putting Naruto down and turning her nose up at Naruto… As if he’s an insect.

This is when Sakura is entitled. 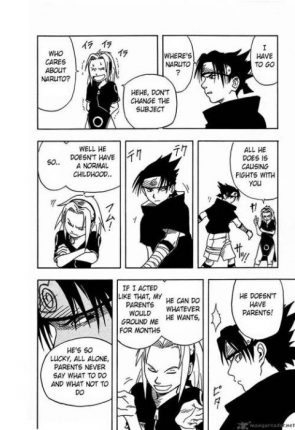 After the scene where Naruto body switches with Sasuke to learn about Sakura’s feelings, she’s seen criticizing and putting Naruto down.

She even goes as far to say Naruto’s “so lucky” and says it all with a devilish smile.

It’s not until Sasuke berates Sakura and says Naruto has no parents, etc, that Sakura decides to open up her closed mind.

That’s thanks to the fact that Sakura would jump off a bridge if Sasuke told her to at this point, so she follows his lead. 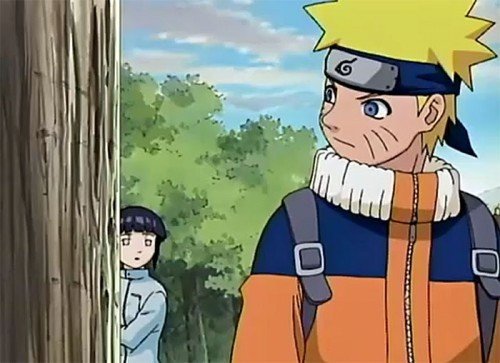 Let’s compare that to HInata, and how she treats Naruto from the beginning.

Hinata is a shy character, lacks elf confidence, and hesitates to either speak her mind or do what she wants to.

Either way, she always supports Naruto in silence, from the sidelines, or directly. She’s always wanted the best for Naruto since day 1.

Never has Hinata ever judged Naruto or treated him like sh*t, even when she see’s him getting into trouble.

Unlike Sakura, Hinata has empathy and goes out of her way to understand a person before judging them. 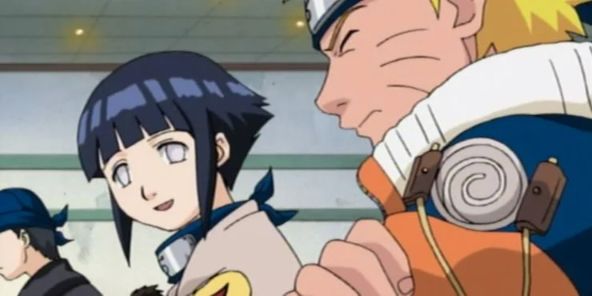 Same thing in school. Hinata understands Naruto’s motives and pain to a degree. She has a similar backstory.

During the Chunin exams (paper exam) Hinata is wishing the best for Naruto, and tries to help him succeed. 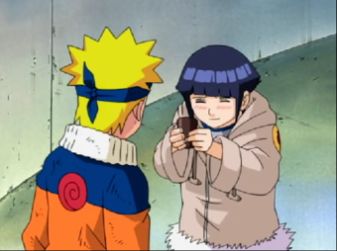 Even sometime during Chunin exams (before or after, I forget which) Naruto is injured in battle with Kiba.

Hinata, despite being on a different team, goes out of her way to give Naruto an ointment to heal his wounds.

Sakura didn’t do a damn thing during this time.

Her mindset and behavior isn’t deserving of a guy like Naruto, knowing how she treated him.

Are we really just gonna ignore and pretend scenes like THIS never happened?

Sakura, whether as a child or a young was selfish towards Naruto. And that’s despite her progression.

She knew Naruto would pursue Sasuke no matter what, and even tricked and knocked out her own TEAMMATES in the forest… all for the sake of being dishonest. 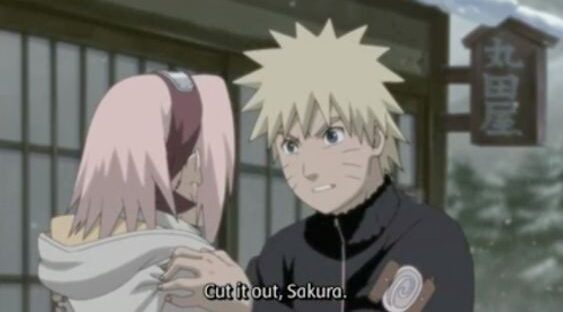 Naively, Sakura believes if she tells Naruto she loves him, and acts romantic towards him, he’ll forget about Sasuke and follow her lead.

Sakura plays on the fact that Naruto has feelings for her, even if not as strong as they were in the past.

Naruto like a BOSS doesn’t fall for that bullsh*t and tells Sakura to “cut it out”.

The point here is: Sakura doesn’t deserve Naruto for these actions.

Hinata would never even think of doing that to anyone, especially Naruto. And that’s why she clearly deserved Naruto in comparison.

Related: 5 Naruto Uzumaki Lessons About How To Handle Life’s Difficulties

3. Hinata ALWAYS went out of her way to help Naruto in a fight 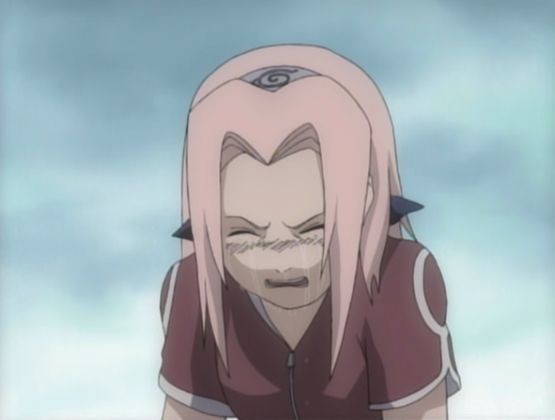 This image explains Sakura’s role in a lot of Naruto’s fights.

Yes, there are times (more so in Shippuden) where she backed up Naruto, but that’s few and far between. Most of the time she’s too shook to do anything. 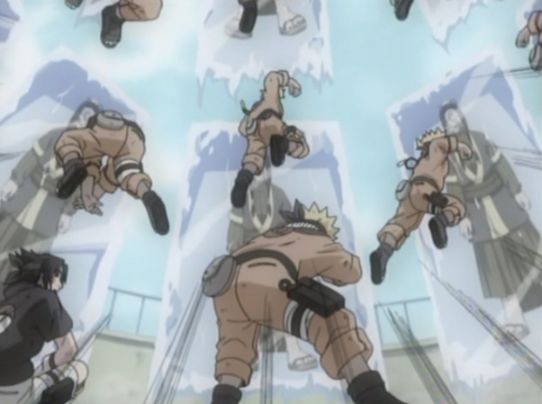 We see this in many fights like Zabusa and Haku, where Sasuke, Kakashi and Naruto are the ones doing the fighting.

Sakura does nothing more than scream “Naruto” and that’s it.

Shes never put her LIFE on the line for Naruto or stood by his side.

That privilege was given to Sasuke (mostly when he’s beaten to an inch of his life, of course).

Ignoring the war arc, Sakura’s never been that type of character.

That’s why she’s seen sulking about it. And only later wanted to help to get stronger and avoid being “weak” since Naruto grew stronger overtime. 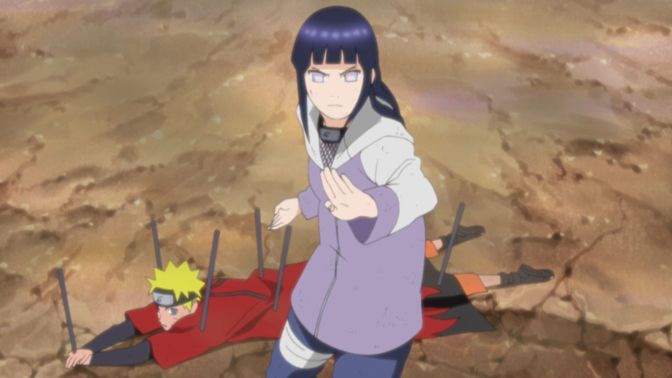 Compare that to Hinata.

In the Pain arc who was it who stood by Naruto’s side, defended him, and almost got herself killed for Naruto’s sake?

That’s right, it was Hinata. The one people love to hate for whatever reason.

Sakura was present during the Pain arc, but she “did as she was told” and stood by on the sidelines while Naruto was pinned to the ground by Pain.

Only Hinata rushed in to do anything about it, regardless of how stupid it was. 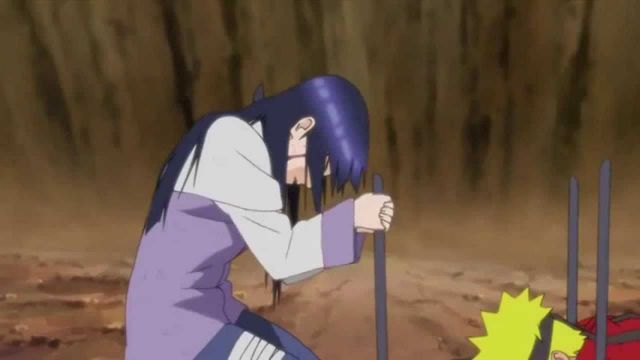 It didn’t matter that she was too weak to make a difference, but what mattered was she cared enough to try.

Unlike Sakura who like a cheerleader from the sidelines chants and wishes for the best, without actually doing anything practical. 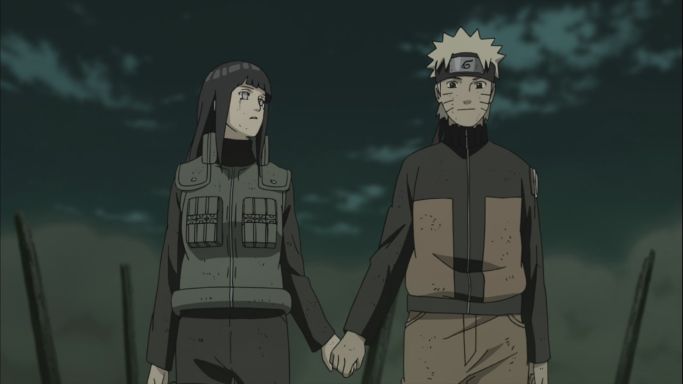 And again – during the war arc and Madara, Hinata stood by Naruto’s side and gave him courage.

They both held hands and she gave him assurance.

She wasn’t about to let Naruto fight by himself and just sit down and watch it all unfold. She got stuck in and took action.

Proving yet again that Naruto deserved Hinata more than Sakura ever did. 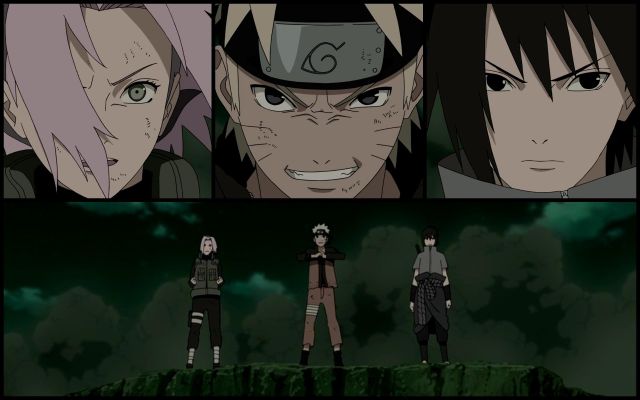 It’s true that later on Sakura starts to understand Naruto more, and her character develops, and she even tries to get his heart beating again during the Madara arc.

During the “forest of death” arc she also tries to protect Naruto, though that’s because of Sasuke and Rock Lee.

But if we’re comparing side by side from the very first episode, and how each character was from then till now, it’s obvious who deserved Naruto the most.

Sakura constantly pushed Naruto away until he had enough of it.

Hinata’s intentions have always been pure and she’s NEVER wavered, even if it meant putting her own life on the line (Pain).

Those are facts, not opinions, because that’s how it played out in the story.

Why Itachi Uchiha Is Not A Hero, Regardless Of His Impact In Naruto