Anime shows your parents can watch. That’s the goal of this post. Nothing more, nothing less.

As someone new to it might seem impossible to do this. Even to someone who’s more familiar with .

But there are shows for everyone. All ages. Because is as diverse as any other entertainment medium.

It’s just “judged” in a way that makes it seem as if it’s not.

Anime to watch with parents: 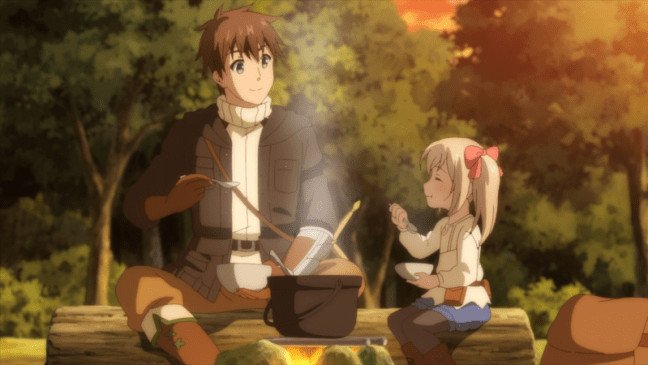 If It’s For My Daughter is a wholesome slice of life series. Focused on Dale and Latina.

A human father and a demon daughter.

Dale adopts Latina after finding her in a forest by herself. She lost her parents.

The ONE major highlight of this is the father-daughter bond. And the family vibes you get.

It’s an emotional ride, even if short. But worth every drop of what the brings to the cup! 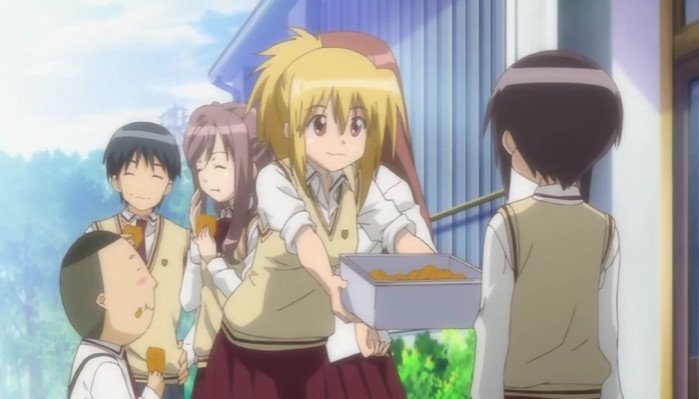 Bamboo Blade is an about martial arts. More specifically, kendo.

The main characters are girls, with boys as side characters (except the Sensei).

The girls are trained to participate in tournaments, so the sports vibe is for real. With no fan service or any unnecessary innuendo.

It’s such a forgotten series these days, and underrated. 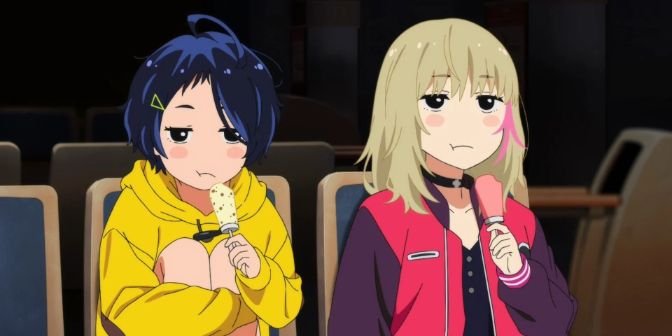 Wonder Egg Priority is an you can watch with your parents. It has a lot of realistic elements to it, and isn’t too overboard with violence or anything considered “inappropriate”.

In fact Wonder Egg Priority is on point and hits the sweet spot for that.

In a nutshell the tackles concepts of suicide, but in a , healthy way. But it’s much more than I can say without spoiling it. 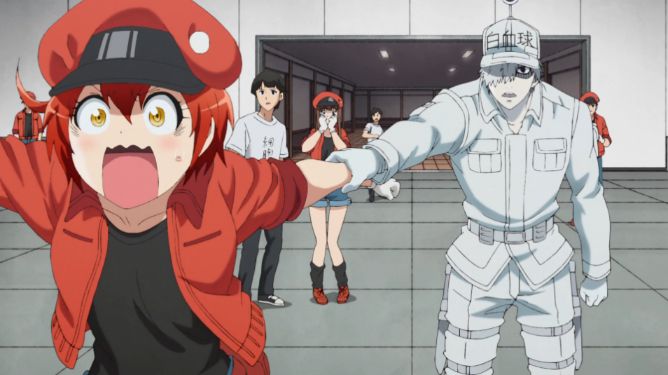 Cells At Work might have blood, but it’s not the violent or extreme kind. The is about biology and how your cells work in your body.

Never did I think an with accurate science could be so good and even comedic.

It’ll surprise your parents without a doubt.

Relevant: The 10 Most Educational Lessons You Can Learn By Watching Anime 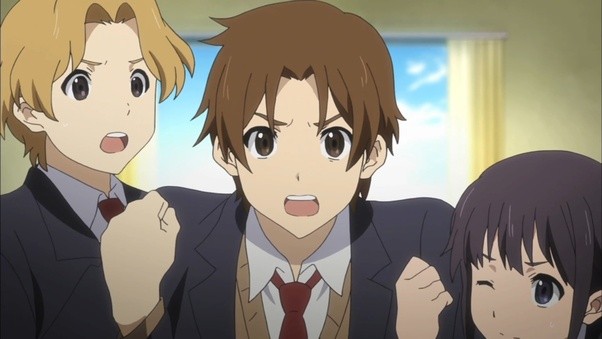 Kokoro Connect is a slice of life/mystery centered around 5 students.

Each one is put through a trial of challenges that pushes some of them close to the edge (emotionally), and at other times: threatens their friendship.

It’s not “violent” but it is thought provoking, clean, and good enough for all ages.

Watch it with your family. 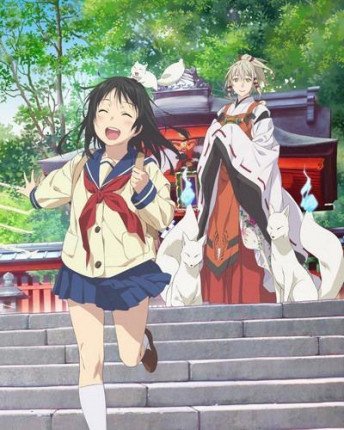 Inari Kon Kon is another I feel is forgotten these days. It’s a Seinen/rom com type of series.

Inari Fushimi has been visiting a shrine since childhood, and one day ends up meeting Lady Uka, A woman who watches over it.

Only Inari and her brother can see this Goddesses.

There’s a lot of moving parts to this series, but what you end up with is wholesome, and more emotions than expected.

The Seinen element gives it a level of maturity as well.

Related: 26+ Of The Best Seinen Anime That Are Too Good To Ignore 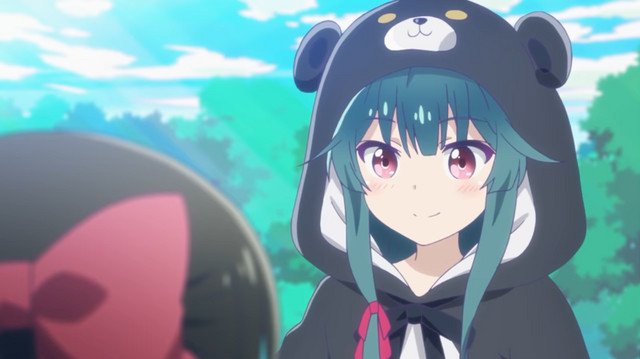 Kuma Kuma Kuma Bear is another wholesome slice of life series. With an Isekai element.

Yuna is basically thrown into the gaming world, seemingly forever. And that’s where everything takes place.

Since she’s good when it comes to business, she becomes an asset to the people of this world. And builds a lot of business relationships. 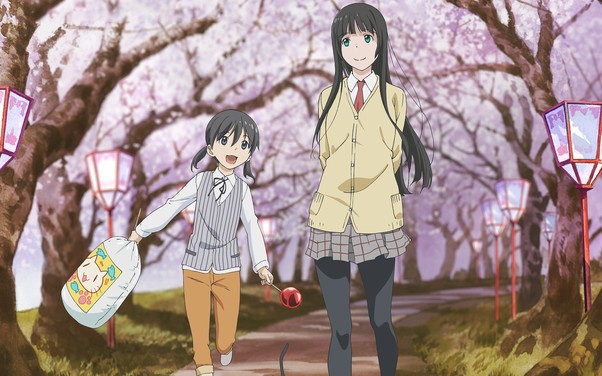 Flying Witch is one of the BEST shows to show your parents. It’s about Makoto Kowata, a girl who visits her family in the countryside.

Even though the is in the magic genre, it’s light on the magic, and heavy on the laid back vibes and chilled atmosphere.

I don’t see how anyone couldn’t watch this and not feel at peace during the whole series.

Good to relax to. 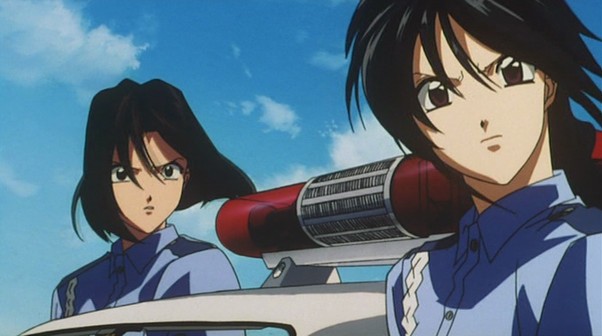 Natsumi and Miyuki are part of the Tokyo police force.

One is the “brains” and the other is the “muscle”, making them the perfect team to take down criminals. They’re well known as a duo.

Despite how old this is, the quality is surprisingly good and it’s clean enough to show any parent.

Relevant: What Anime Should I Watch? Here Are 17 Recommendations 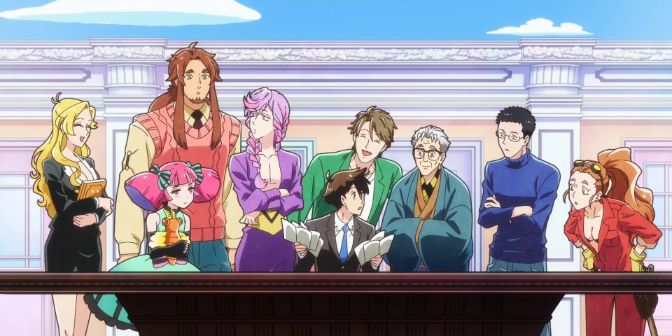 God made the world, and the concept here is he see’s it as too much headache to create every little thing.

To make things easier for himself, he gives the task to “Heaven’s Design Team” to do the work of coming up with ideas he approves of. 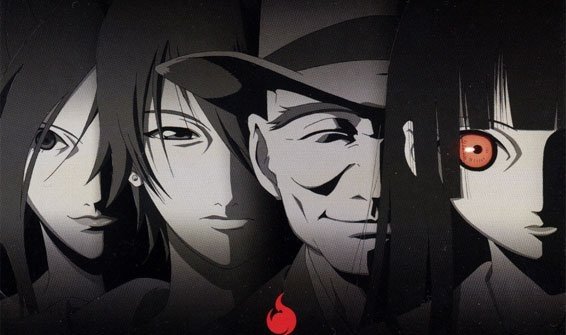 The Hell Girl, Ai Enma, appears before anyone if summoned after 12AM. And if you’ve written down the name of the person you hate.

It’s a psychological/horror show that’s not as bloody as others, but it’s portrayed in a way that showing your parents shouldn’t be an issue.

It’s deep, meaningful and realistic. Highlighting some of the darkest parts of human nature, without being obscene about it.

Related: 17+ Of The Greatest Horror Anime That Will Get You Invested 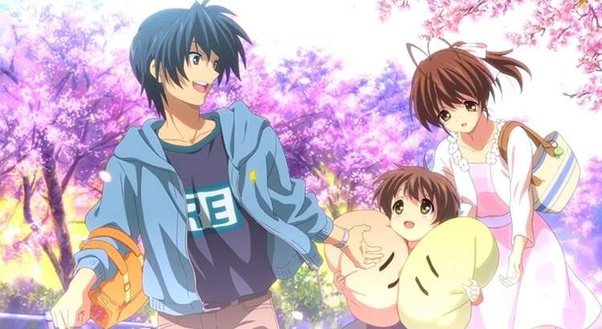 Clannad is a legendary romance, slice of life series at this point. And is one of the innovators of the whole “wholesome romance turned dark” element.

Don’t worry, it’s still the kind of you can watch with parents.

Though the does go from fun, chilled, silly and “slightly” meaningful… To deep, heartbreaking, sad and depressing all at once.

It’s relatable to both parents and anyone in general (especially as far as romance and relationships). 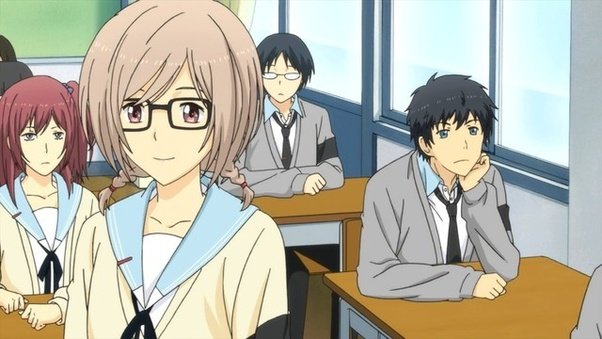 This is more of a “grown up” slice of life series about Kaizaki Arata. A 27 year old NEET (not in employment or education/training) who’s struggling to find work and live his life.

He gets the chance to start over and make a change. And the story takes off from there.

Life lessons, educational. The is stacked and the quality doesn’t lie. 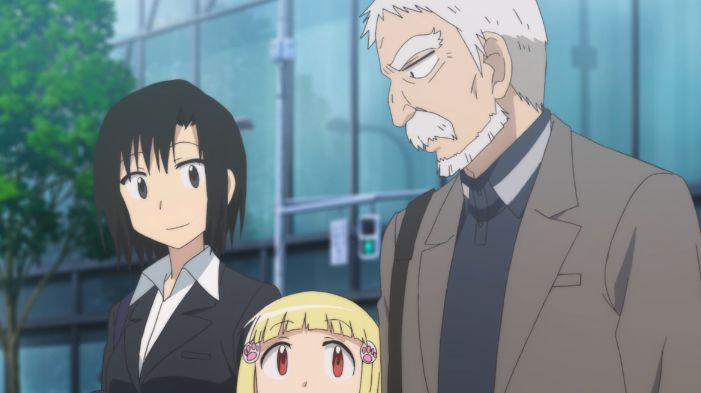 A 60 odd year old florist adopts a young girl named Sana (who escapes from a laboratory that held her captive).

Along the way she learns what it means to be loved, cared for, laugh, and be part of a loving family.

100% appropriate to watch with family.

15. The Journey Of Elaina 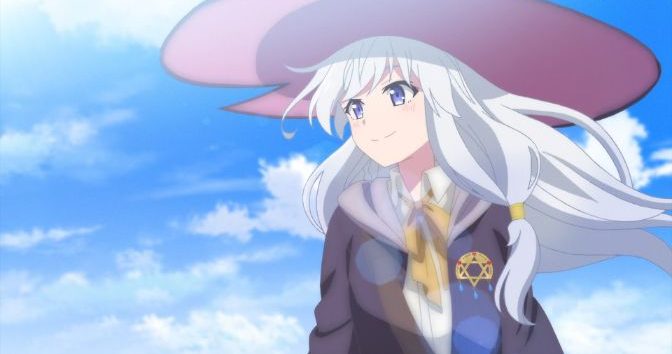 The Journey Of Elaina is exactly that. Elaina’s the journey, the main character, and the things she see’s and documents along the way.

Just like any intentional journey a person starts in real life.

Similar to Wonder Egg Priority, the hits a sweet spot and should be fine with your parents. 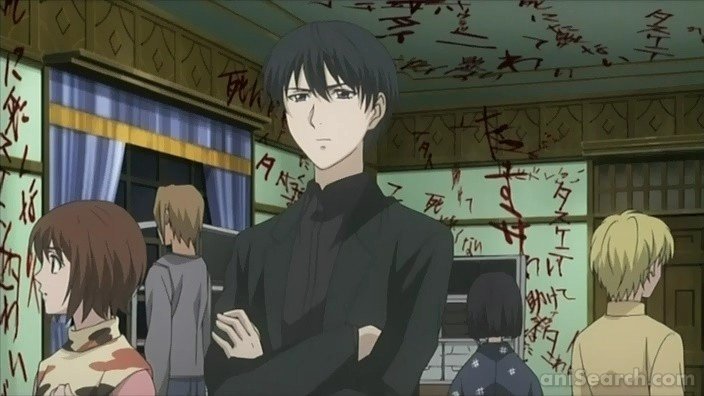 Ghost Hunt is one of the very few ghost series in existence. You won’t find too many of them.

This is made by J.C Staff, and is about Mai Taneyama. A girl who ends up working for a company involved with exorcising ghosts from people’s homes and buildings.

There’s genuine shock value in this , and it CAN make you jump the further you get into it… As things get weirder and creepier.

Decent , and worth watching.

17. Laughing Under The Clouds 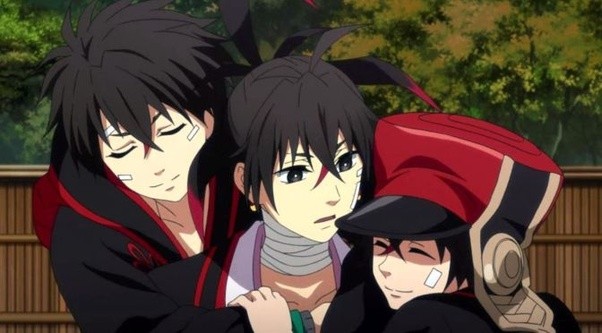 They have no parents, so the eldest takes care of the youngest. Playing the role of father, mother AND brother.

It’s only short too (12 episodes) and it’s safe to watch.

15+ Of The Best European Anime Characters You Should Know

13+ Of The Cleanest Anime Shows Ever Known