Aharen Is Indecipherable is one of the NEW whole anime series of spring 2022. And it’s gonna be true even for the entire year.

It’s adapted from a .

The anime is about Aharen, a small girl who’s indecipherable and unpredictable. She speaks quietly so it’s hard to make it out or even hear what she’s saying.

Raidou, the male MC commits himself to making an effort and talking with Aharen, with the goal of creating a friendship. And his efforts are rewarded but NOT in a way that’s cliche.

The anime’s approach to rom com is refreshing. 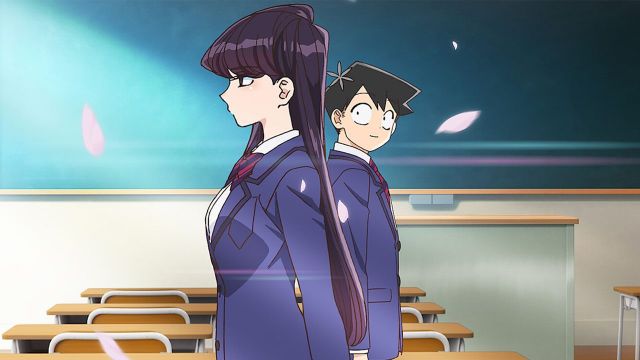 Komi San (Komi Can’t Communicate) is an obvious choice when comparing Aharen Is Indecipherable. There’s a lot of similairites.

In the Komi San series, Komi has a speech disorder. It makes it difficult for her to speak and express herself, and the male MC Tadano helps her with these issues.

This is the basis of the anime, and the comedy and is centered or connected to this fact.

What you end up with is a series with relaxed episodes and a meaningful plot as well.

Related: 8+ Of The Greatest Anime Like Komi Can’t Communicate (Recommended) 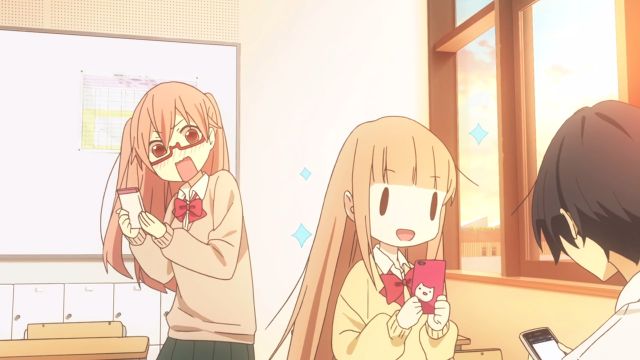 Tanaka Kun Is Always Listless is another anime that shares similarities with Aharen Is Indecipherable. In a lot of ways.

This anime is about Tanaka, a listless guy who’s lazy, unmotivated, and always finds ways to save his energy and not do things unless necessary.

In a way he’s efficient. His best friend Oota is the opposite, and is considered a gentleman who isn’t showy and is a modest person.

You also have Miyano, a girl about the same size as Aharen from the Aharen Is Indecipherable anime, and she has “cute” moments in a similar way.

A series with episodes so relaxed it feels longer than a usual episode.

3. My Senpai Is Annoying 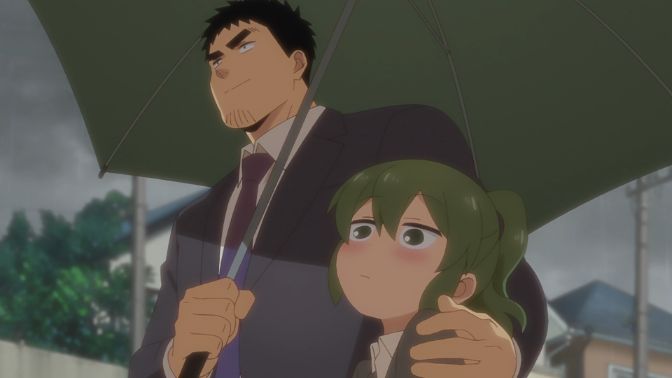 My Senpai Is Annoying is an anime about but in a work setting, and with characters who are more and in their 20’s.

Futaba Igarashi, the female MC of the show is a short woman in her 20’s who’s mistaken for someone a lot younger than she is.

This is an annoyance and an insecurity of Futaba’s, and where relevant it’s used for comedy, to tell a story, and to move the story forward.

Her “Senpai” is a tall man who can be compared to Raidou from Aharen Is Indecipherable. They have a similar relationship.

Relevant: 9+ Relevant Anime Like My Senpai Is Annoying (Recommended)

4. Chuunibyou, Love, And Other Delusions 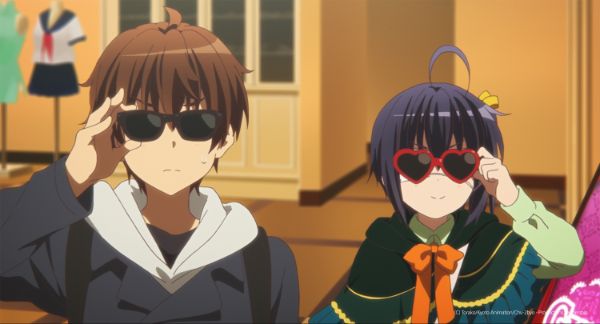 Chuunibyou is all in the name. A “chuunibyou” is someone who still believes in magic, superpowers, superheroes and things like that as a teenager.

It’s also someone who believes they themselves have superpowers the way a kid would believe it.

Rikka Takanashi is the one who’s like this, where as Yuuta Togashi is an ex-chuunibyou who’s annoyed by Rikka’s nonsense. But that’s how they connect, bond, and become romantically interested.

Their is real just like with Aharen and Raidou, but it’s different.

Start Shopping for Anime Phone Cases Get Started Now
We earn a commission from Amazon & other affiliates if you make a purchase at no additional cost to you.

Hitoribocchi is a /comedy series. Hitori is a shy girl who’s just starting out in a new school by herself with no friends.

She’s been given a goal by her best friend to make a lot of friends in her new school, but she struggles as she’s awkward, introverted, eccentric, and lacks confidence.

This is what the anime uses for comedic effect, to tell the story, which leads to Hitori’s personal growth as a character and eventual friendships.

It’s a anime similar to Aharen Is Indecipherable, except there’s no .

Kanon is a mystery/romance anime with . It’s about Yuichi, a guy who seems to have lost some of his memories. He lives with his cousin and auntie.

A girl called Ayumu starts talking with Yuichi, and their eventual relationship starts to build later down the line. Ayumi is small, a little eccentric, and seemingly clumsy.

While the setting is completely different, the fundamentals and other aspects are a lot like Aharen Is Indecipherable.

Miss Kobayashi’s Dragon Maid is a slice of life anime that seems to end up in controversy a lot. And people have always got something to criticize it about.

Made by Kyoto Animation the anime is about Tohru, a dragon who becomes a maid for Kobayashi, a woman she meets when they’re both drunk.

A kid dragon called Kanna Kamui is a lot like Aharen, both in looks and behavior. And both provide moments to both anime series.

The main exception to Miss Kobayashi’s Dragon Maid is the “fighting” aspect though it’s not the most common thing to happen in the series.

8. If It’s For My Daughter. I’d Even Defeat A Demon Lord!

If It’s For My Daughter is self explanatory. It’s an anime about a father-daughter relationship, but it’s similar to the set up of Aharen Is Indecipherable indirectly.

Dale is an adventurer and he runs across Latina, a demon girl in the forest who’s by herself. Later on we find out she’s by herself because her parents died saving her life.

Dale adopts Latina, and they both become a family and help each other to detox in a way. Their relationship is one of the most examples of all time.

12+ Of The Greatest Anime Fathers You’ve Ever Seen

10+ Of The Best Anime Like Sket Dance for Comedy Fans!