There aren’t many I’d recommend to watch at least “once” in a lifetime.

And there are fewer I’d recommend If I had no choice but to mention ONLY 1 series.

The #1 anime you should try at least once is: Flying Witch.

Most shows are filled with fantasy, romance, supernatural and action elements.

This anime is a laid back slice of life series, based in the rural countryside.

And while it might include “fantasy” elements, it does a damn good job of making it special.

You won’t have to think too much, and it feels realistic since it doesn’t “over do” anything.

It’s these elements that make it feel “real” as you tune in.

And each episode feels like a massage as the vibes are so relaxing. 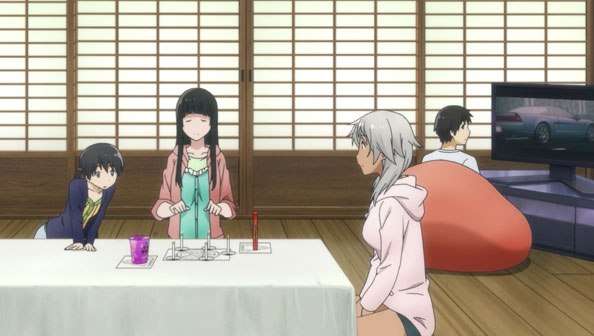 The anime was first released in 2016, and the pacing from episode to episode is chilled.

Fan service is such a cliche at this point in the industry.

I mean, even in 2017 fan service is running wild like Lions in an African safari.

So similar to point #1, this anime is refreshing because it’s nothing like your average show that airs today.

It takes real effort to make an anime stand-out, without throwing in cliches we’ve seen 1000’s of times.

If you had to recommend 1 anime show, what would it be?

Related: 7 Of The Best Black Male Characters In Anime