Tsunade is one of the 3 Sennin and the only one who’s female. A strong woman on the surface, usually hiding her weaknesses through a tough exterior.

Her quotes reflect these personality traits and her ways of thinking. Not to mention key moments. 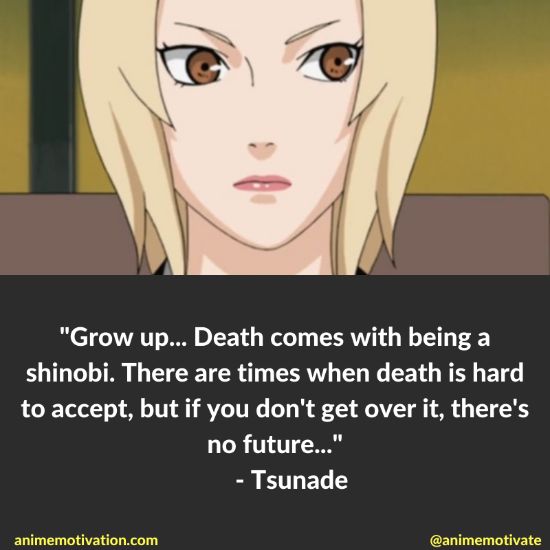 “Grow up… Death comes with being a shinobi. There are times when death is hard to accept, but if you don’t get over it, there’s no future.” – Tsunade 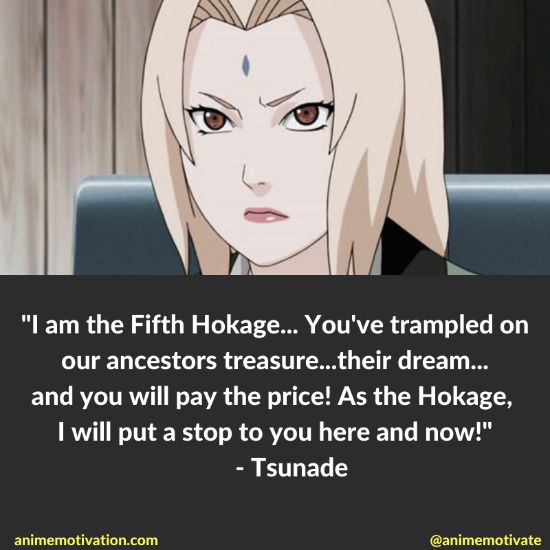 “I am the Fifth Hokage… You’ve trampled on our ancestors treasure…their dream…and you will pay the price! As the Hokage, I will put a stop to you here and now!” – Tsunade “Why am I putting my life on the line? Because now… I am the Fifth Hokage of the Village Hidden in the Leaves!” – Tsunade 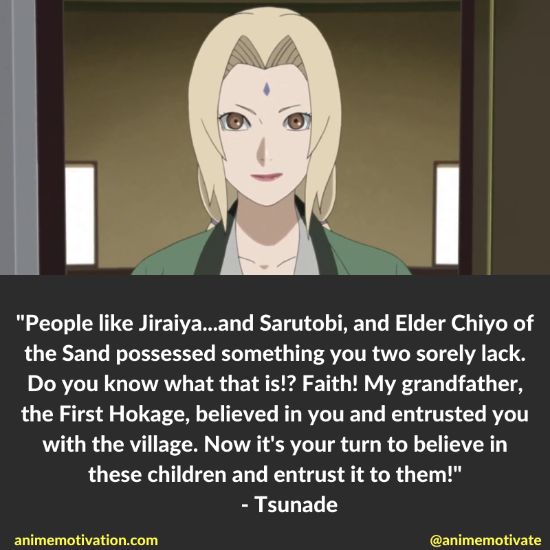 “People like Jiraiya…and Sarutobi, and Elder Chiyo of the Sand possessed something you two sorely lack. Do you know what that is!? …Faith! My grandfather, the First Hokage, believed in you and entrusted you with the village. Now it’s your turn to believe in these children and entrust it to them!” – Tsunade 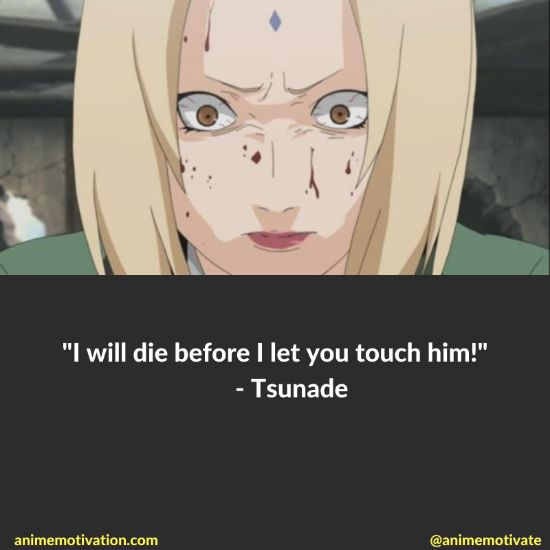 “I will die before I let you touch him!” – Tsunade “One of the Legendary Sannin taking on a snot-nosed Genin… I oughta be ashamed of myself.” – Tsunade 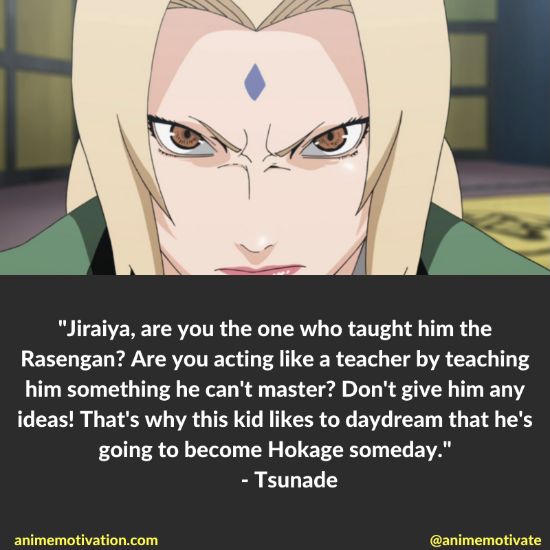 “Jiraiya, are you the one who taught him the Rasengan? Are you acting like a teacher by teaching him something he can’t master? Don’t give him any ideas! That’s why this kid likes to daydream that he’s going to become Hokage someday.” – Tsunade 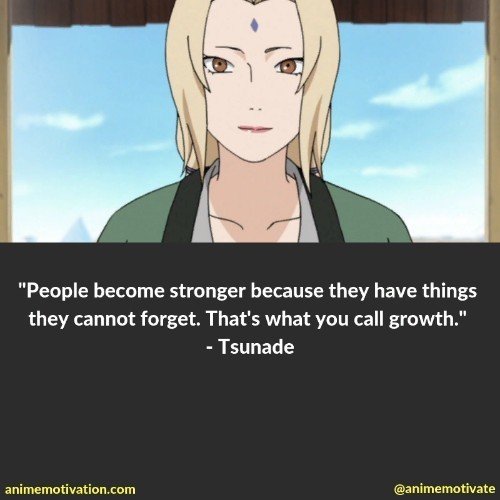 “People become stronger because they have things they cannot forget. That’s what you call growth.” – Tsunade

14+ Of The Most Memorable Kimimaro Quotes From Naruto!

27+ Cool Naruto T Shirts You Don’t Wanna Miss Out On!