To Your Eternity Quotes taken from characters:

To Your Eternity is an series that’s attracted a niche fan base. And has an underrated quality feel to it.

The main character starts out alone with his wolf dog he considers his friend. And his journey is what sets the stage for the quotes and important scenes later.

Here’s some of the best lines from this 2021 series so far! 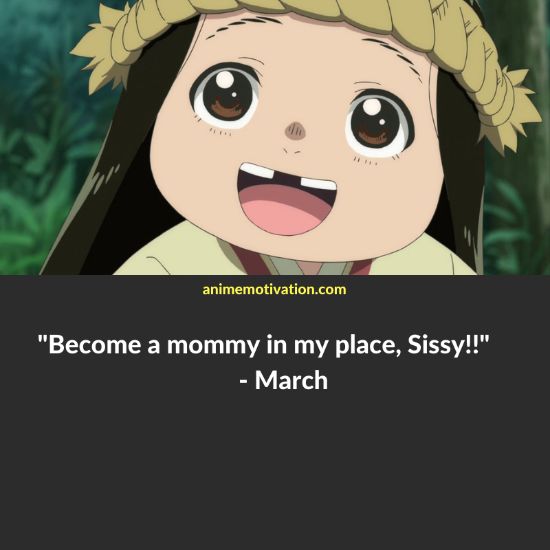 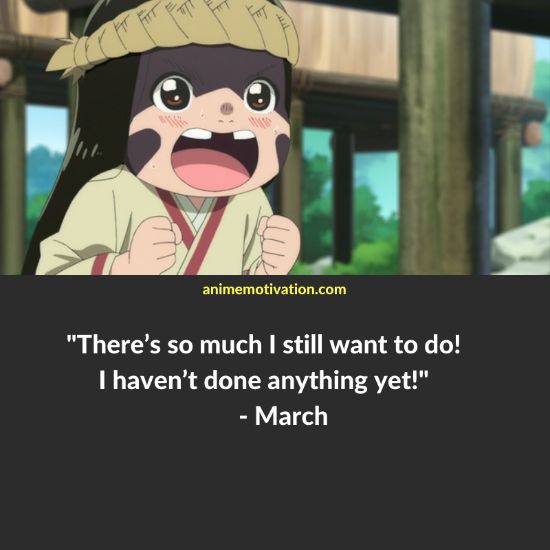 “There’s so much I still want to do! I haven’t done anything yet!” – March 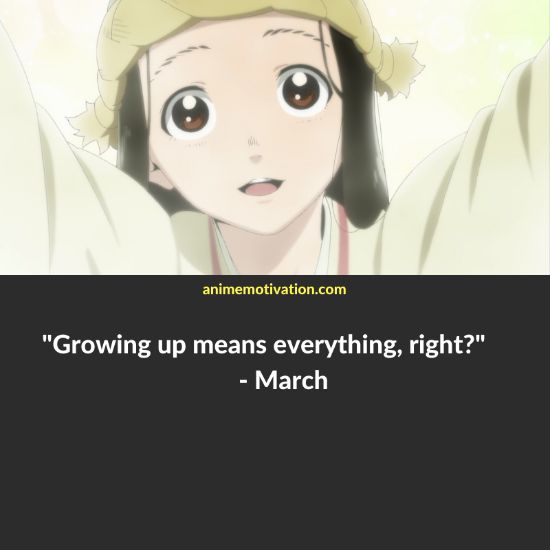 “Growing up means everything, right?” – March 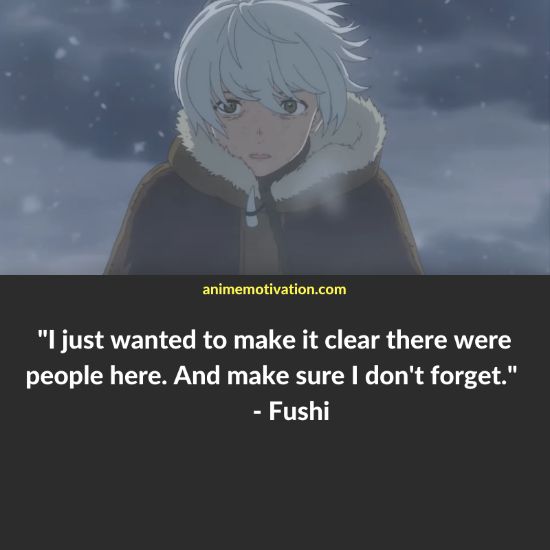 “I just wanted to make it clear there were people here. And make sure I don’t forget.” – Fushi 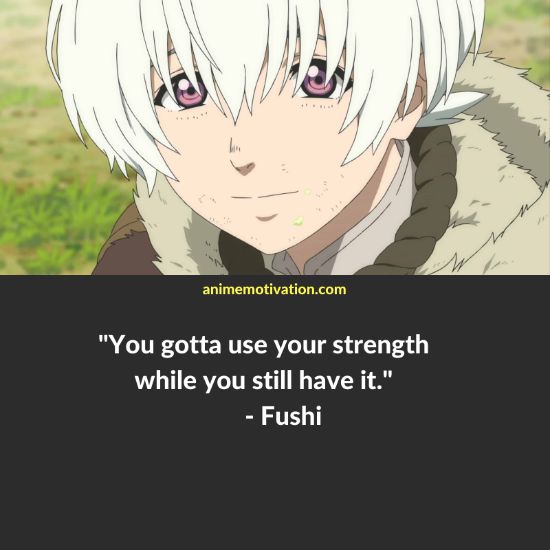 “You gotta use your strength while you still have it.” – Fushi 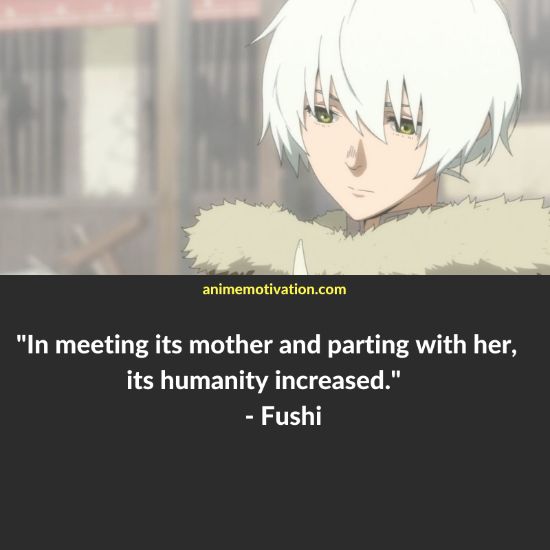 “In meeting its mother and parting with her, its humanity increased.” – Fushi 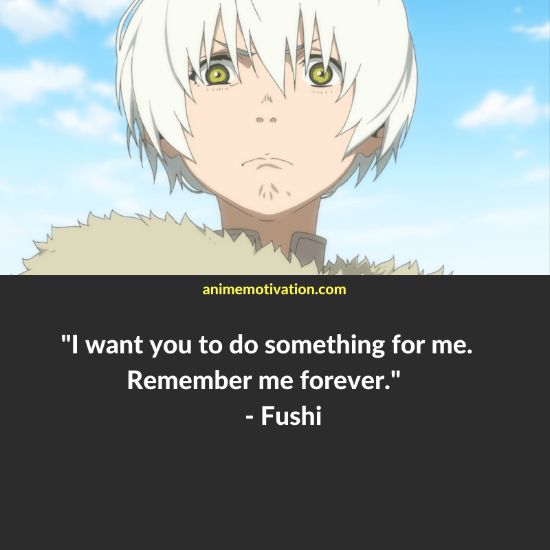 “I want you to do something for me. Remember me forever.” – Fushi 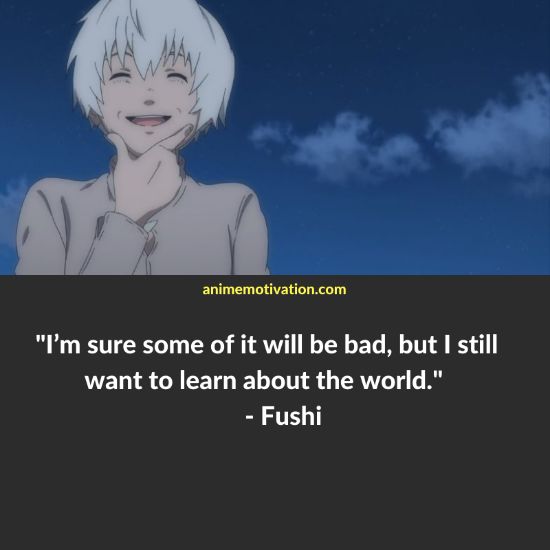 “I’m sure some of it will be bad, but I still want to learn about the world.” – Fushi 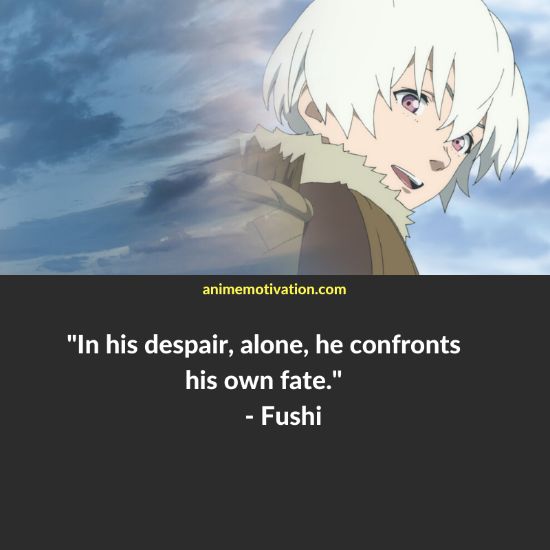 “In his despair, alone, he confronts his own fate.” – Fushi 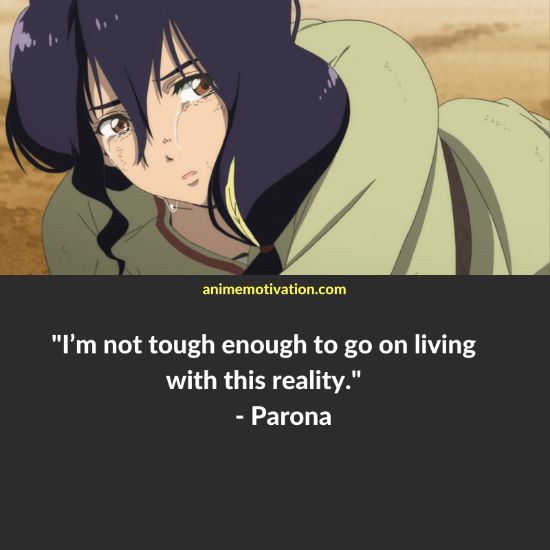 “I’m not tough enough to go on living with this reality.” – Parona 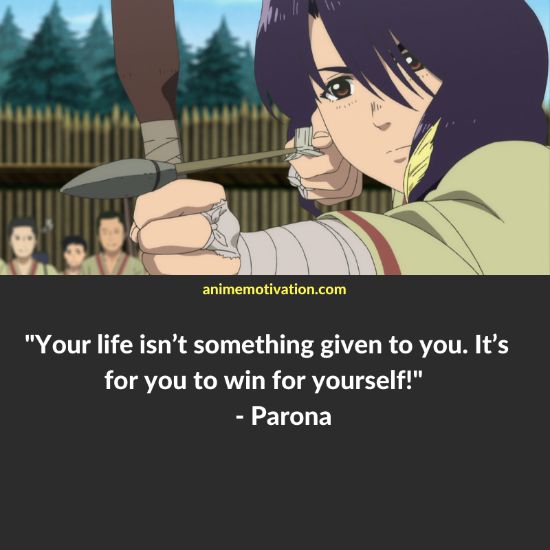 “Your life isn’t something given to you. It’s for you to win for yourself!” – Parona 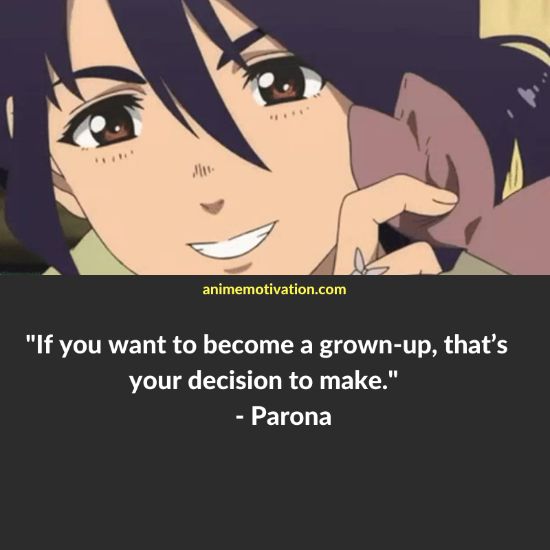 “If you want to become a grown-up, that’s your decision to make.” – Parona 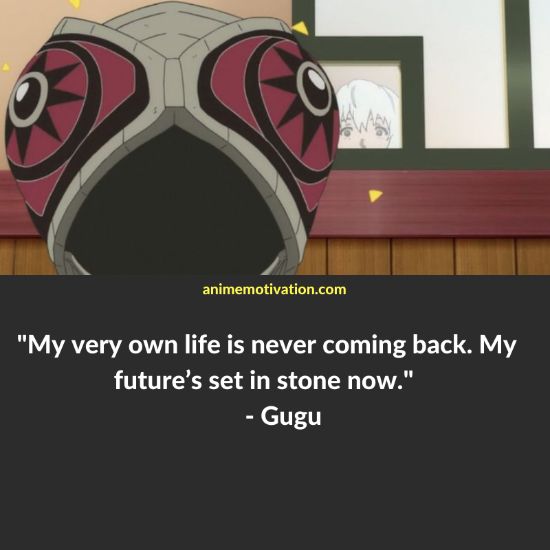 “My very own life is never coming back. My future’s set in stone now.” – Gugu 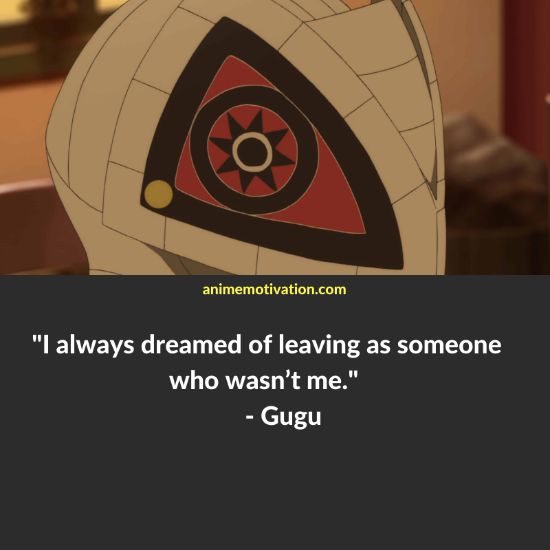 “I always dreamed of leaving as someone who wasn’t me.” – Gugu

23+ Quotes From Planetarian That Are Emotional

19+ Of The Best Panty And Stocking Quotes