I went on Reddit and asked dozens of people what their 2019 predictions are for .

Tons of those predictions mentioned The Promised Neverland being mega-successful in 2019.

It’s still early days right now, but from what I’ve seen – here’s why the has potential.

Why The Promised Neverland Has Potential In 2019:

1. The series has a LOT of hype behind it 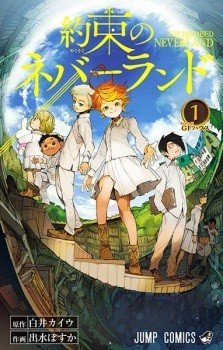 The reason The Promised Neverland has so much hype behind it, and why fans expect it to be successful… Is because the is a big deal.

It’s one of the newest Manga in recent years to have made an impact and built a dedicated fan base.

The whole plot, story, characters, and everything that plays out in the series is claimed to be “some crazy sh**” comparable to or Owari No Seraph.

This by itself is why the has so much hype built around it. And the first episode seems to be proof of its potential.

2. The first episode is a “chilling” preview of what’s to come… AND it looks good, too

This is the first episode of The Promised Neverland. Or what I should say is – this is the trailer taken from episode 1.

Trailers are teasers, so I wouldn’t rely too much on what you see in the trailer.

But once you watch the first episode and start getting sucked into the smooth animation and memorable main characters… What comes next is the killer moment that will either leave you wanting more, or unsure of whether it lives up to the hype.

For me – I look forward to seeing what happens next. The potential is obvious.

I can’t see any reason for someone being disappointed by it, unless “dark” anime isn’t your kind of thing.

3. A new vibe for an old cliché 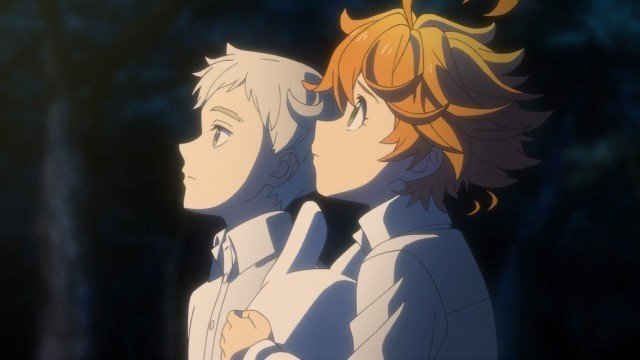 Let’s keep it real – we’ve seen dozens of over the years that pull the “cute” card and use it as bait to lure you in.

Madoka Magica did this. Initially it feels jolly, energetic and too innocent for anything serious or depressing.

The same thing is true for shows like Made In Abyss, and especially Owari No Seraph.

So what makes The Promised Neverland different?

Similar to a Shounen like – The Promised Neverland feels “different” to everything that’s come before it.

It’s not so much that it’s 100% unique, it’s more that the way it makes you feel about it is unique.

And the sense of “mystery” is an element that’s designed to make you even more curious about where this is headed next. 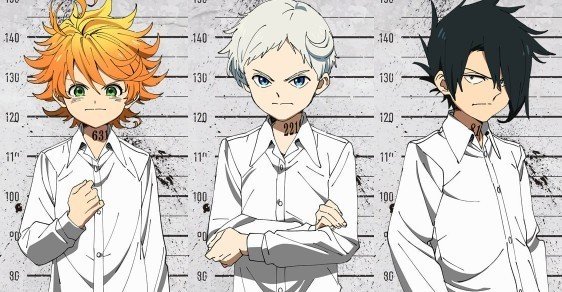 There’s always something about the first episode of an that can “make or break it”.

One of those things is how memorable the main characters are.

If I watch an series and by the end of the 1st episode, I have no idea what their name is… the is a failure.

How can you relate, understand or “feel” anything for a character who’s too bland or uninteresting to bother remembering?

The Promised Neverland masters this in the 1st episode. With Emma being the most energetic and emotional out of the 3 main protagonists.

Related: The Greatest Anime Have 7 Elements That Make Them Stand Out 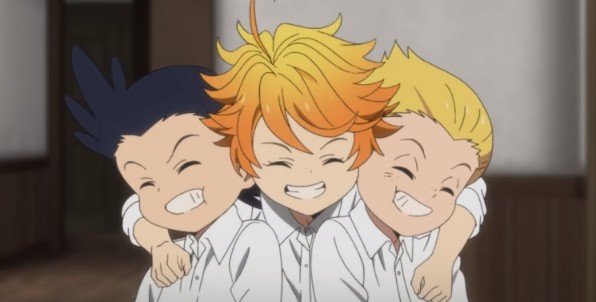 An with too many characters who have no purpose is boring. You won’t remember them.

Emma is the “empathetic” character who’s so caring of others, she wouldn’t think of abandoning them. Even under extreme circumstances.

This trait is bound to lead her down a unique path that adds “emotions” so strong you’ll have no choice to but to relate to the characters circumstances.

It could also lead her down the path of being something else (psychologically).

I won’t mention the other two characters, but the first episode paints a clear picture of what each characters role is.

And how this will drive the series forward.

Related: 15 Main Anime Characters Who Refuse To Quit When Life Gets Tough

Is The Promised Neverland worth watching?

If you’ve watched any of these series, and enjoyed them, then the hype is REAL.

The Promised Neverland won’t disappoint you at all.

I can’t say whether the will keep up the momentum and become “ of the year” in 2019.

No one can make that claim.

But judging by the first episode, and the hype surrounding the – The Promised Neverland has potential.

And if they get it right – this could be one of the biggest horror series we’ve seen in the last 10 years.

And that’s no exaggeration.