Love Live Sunshine is a “side” version of School Idol Project. Just like Railgun is to Magical Index.

Just like Railgun – Love Live Sunshine has made the franchise bigger and the fanbase is strong. And become “more” than just a side dish.

If you’re looking for some of the best quotes from the main characters, this is it. 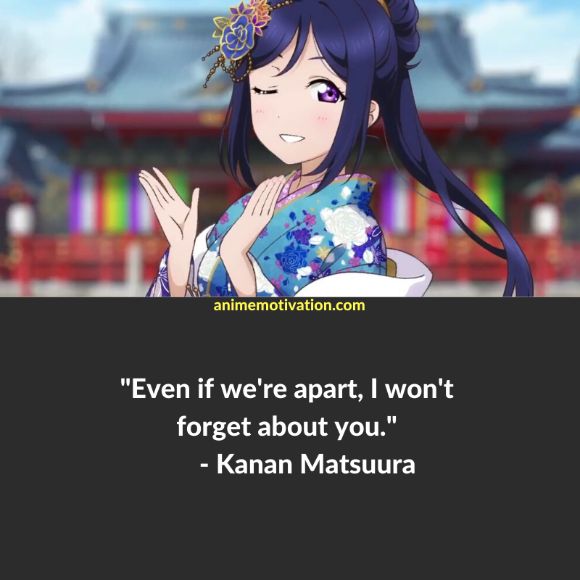 “Even if we’re apart, I won’t forget about you.” – Kanan Matsuura 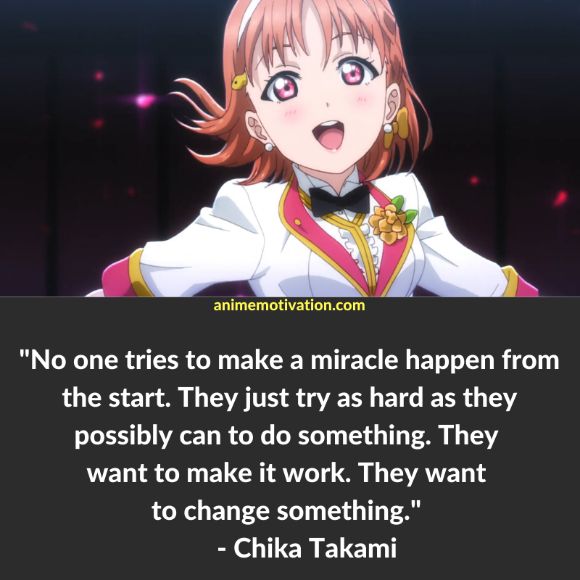 “No one tries to make a miracle happen from the start. They just try as hard as they possibly can to do something. They want to make it work. They want to change something.” – Chika Takami 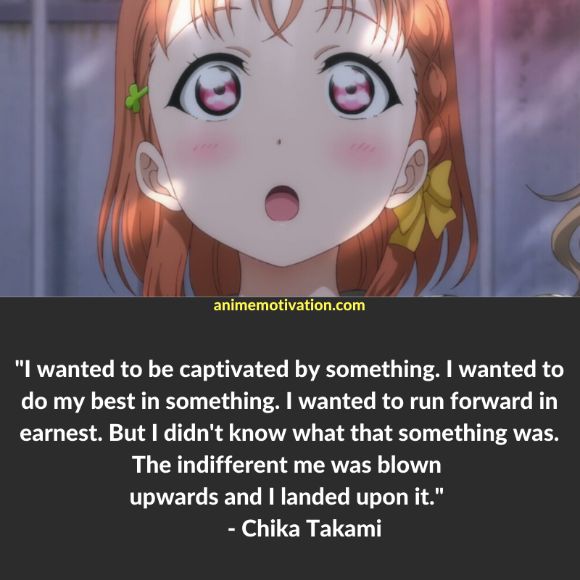 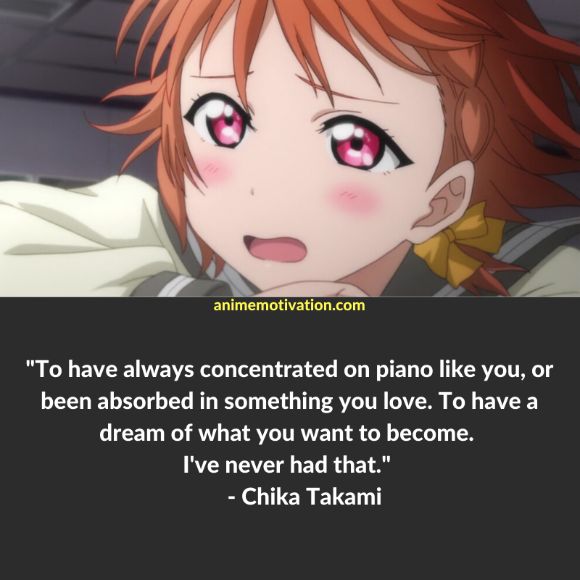 “To have always concentrated on piano like you, or been absorbed in something you love. To have a dream of what you want to become. I’ve never had that.” – Chika Takami 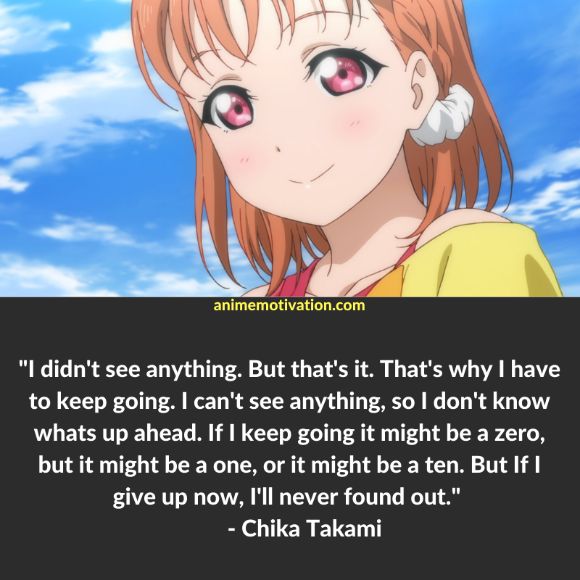 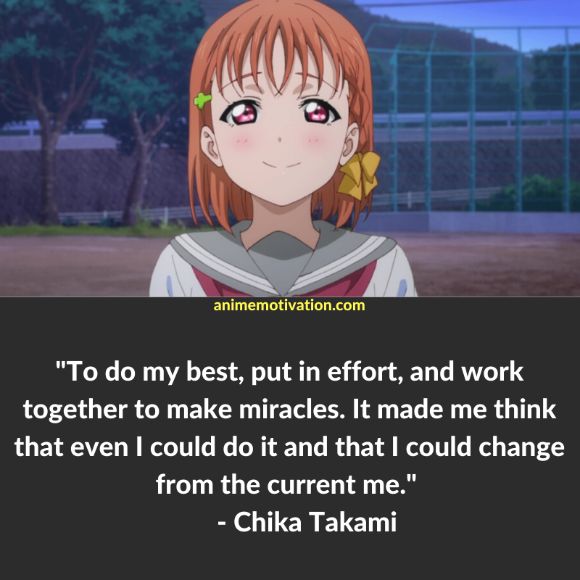 “To do my best, put in effort, and work together to make miracles. It made me think that even I could do it and that I could change from the current me.” – Chika Takami 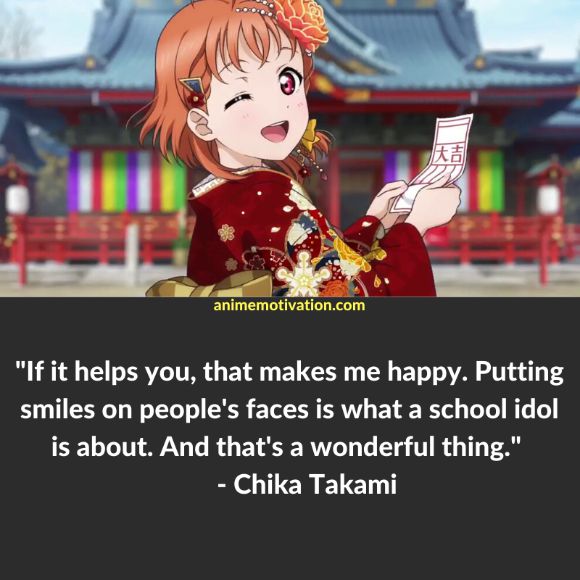 “If it helps you, that makes me happy. Putting smiles on people’s faces is what a school idol is about. And that’s a wonderful thing.” – Chika Takami 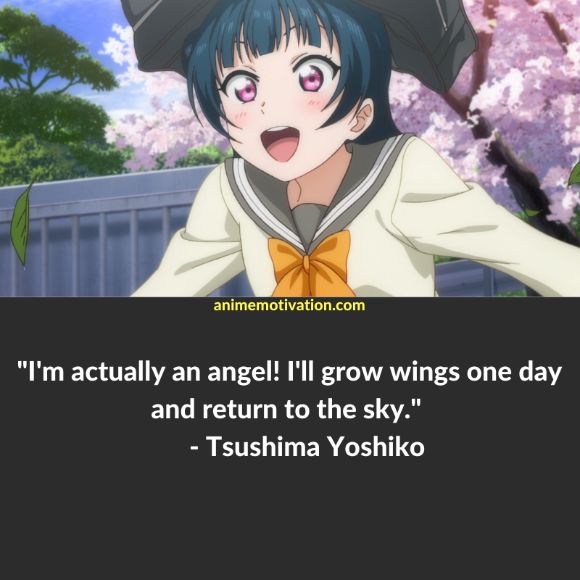 “I’m actually an angel! I’ll grow wings one day and return to the sky.” – Tsushima Yoshiko 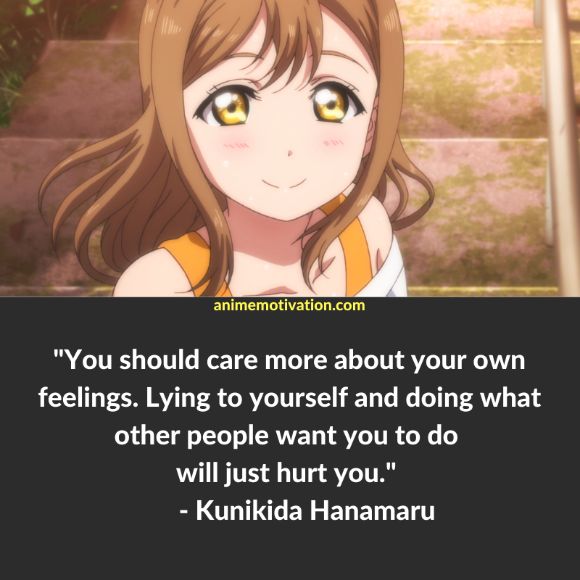 “You should care more about your own feelings. Lying to yourself and doing what other people want you to do will just hurt you.” – Kunikida Hanamaru 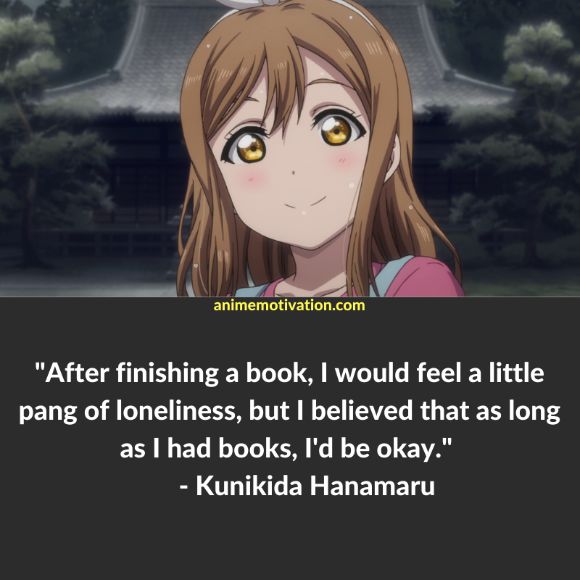 “After finishing a book, I would feel a little pang of loneliness, but I believed that as long as I had books, I’d be okay.” – Kunikida Hanamaru 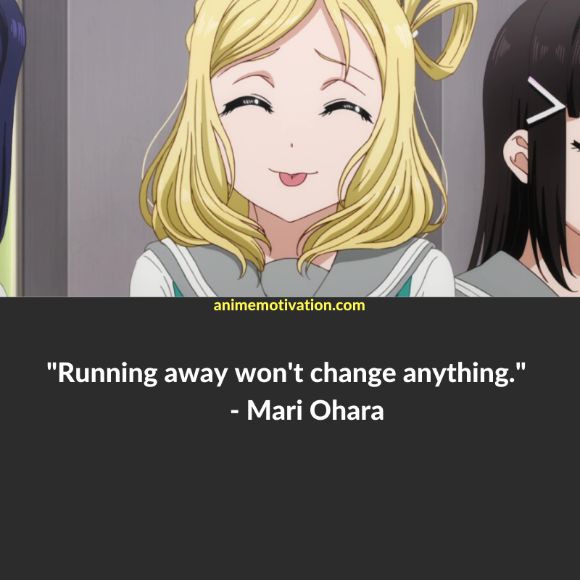 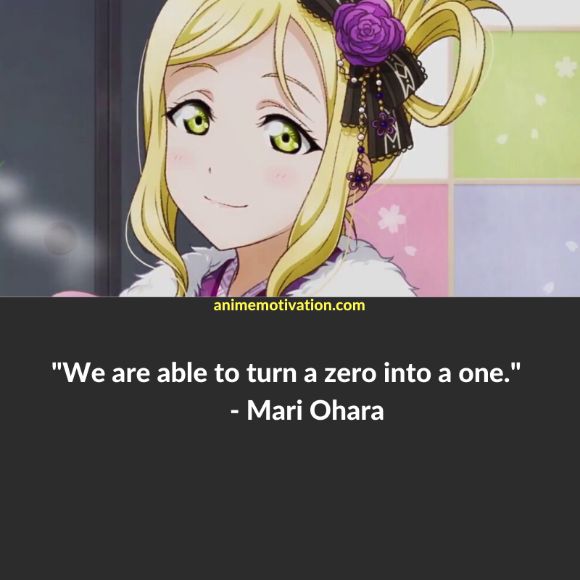 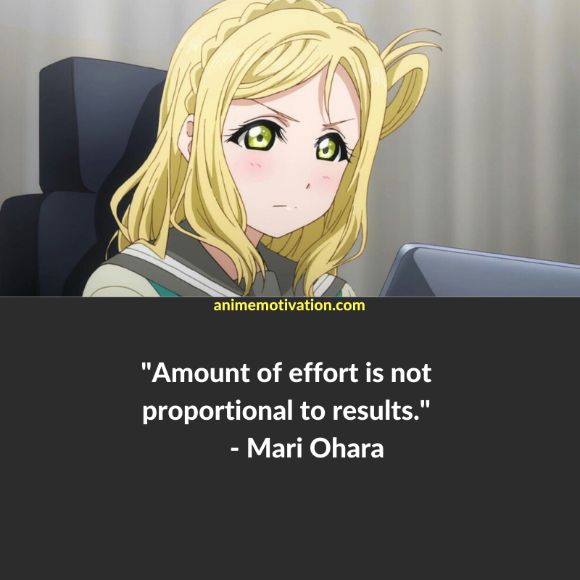 “Amount of effort is not proportional to results.” – Mari Ohara 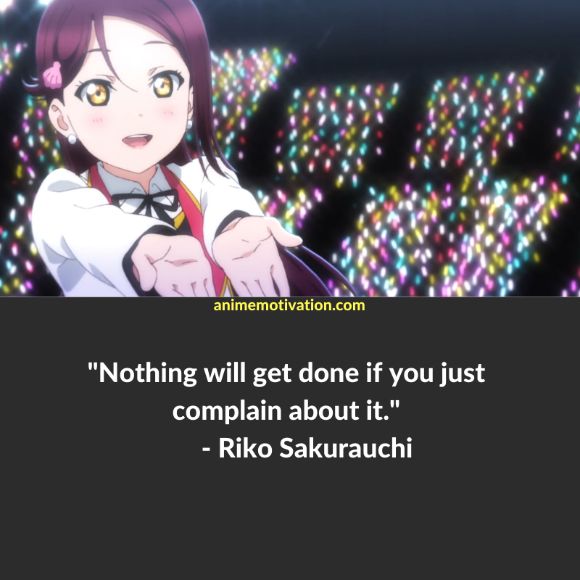 “Nothing will get done if you just complain about it.” – Riko Sakurauchi 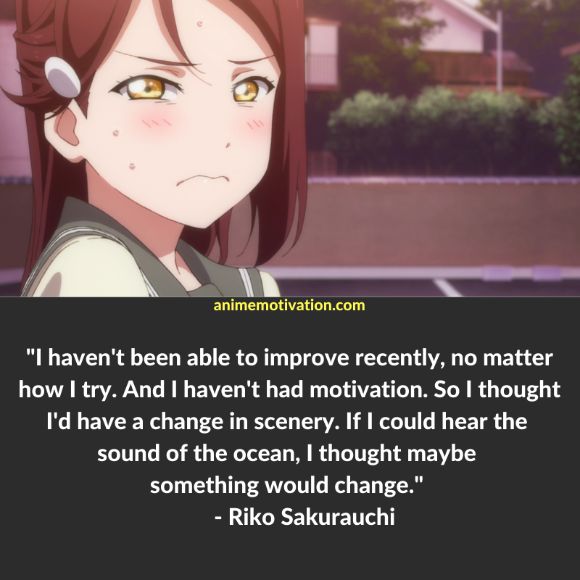 “I haven’t been able to improve recently, no matter how I try. And I haven’t had motivation. So I thought I’d have a change in scenery. If I could hear the sound of the ocean, I thought maybe something would change.” – Riko Sakurauchi 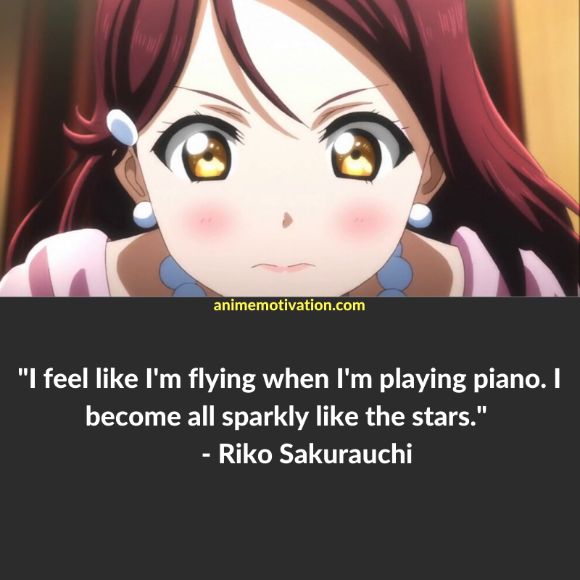 “I feel like I’m flying when I’m playing piano. I become all sparkly like the stars.” – Riko Sakurauchi 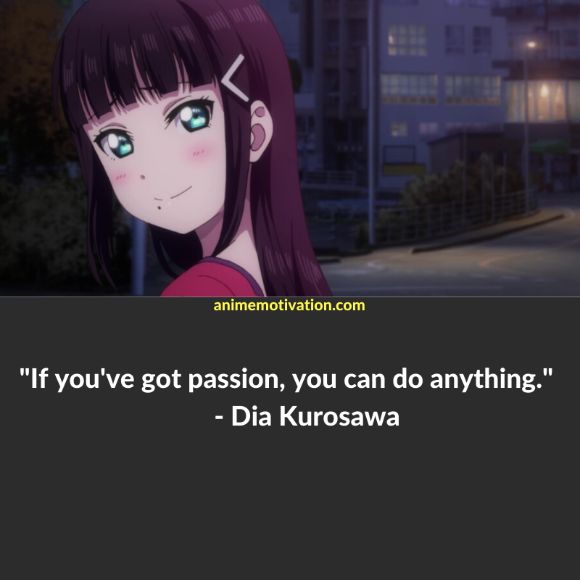 “If you’ve got passion, you can do anything.” – Dia Kurosawa 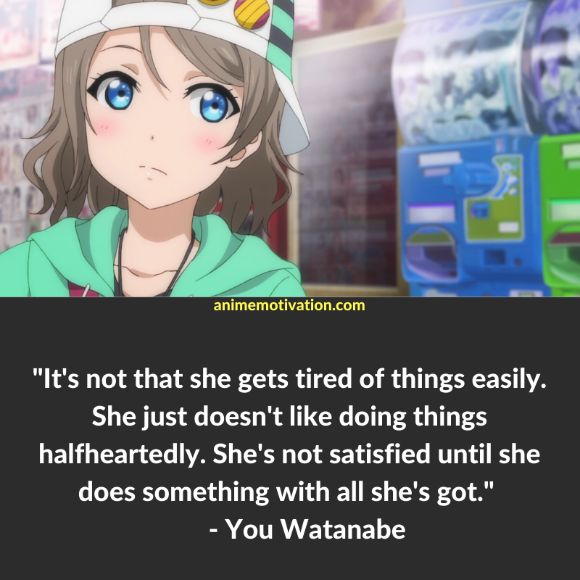 “It’s not that she gets tired of things easily. She just doesn’t like doing things halfheartedly. She’s not satisfied until she does something with all she’s got.” – You Watanabe

15+ Of The Greatest Chuunibyou Quotes Worth Sharing