Grimmjow Jaegerjaquez is an aggressive character from the series. And one who shows up in the Arrancar/Hueco Mundo arc.

During this time, Grimmjow invades Karakura Town or attempts to, even though he wasn’t given the order and almost destroyed Ichigo Kurosaki.

Their relationship in the anime is part of what makes Grimmjow likeable (along with some of his quotes to Ichigo).

Grimmjow’s aspect of death is destruction, and so that’s what he’s obsessed with and why he’s so aggressive and hungry for violence in the anime, despite having some standards and morals.

Here’s a list of Grimmjow quotes that highlights and reflects these points! 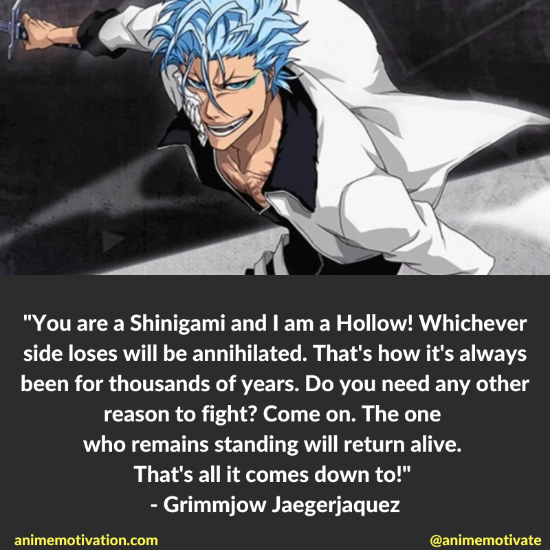 “You are a Shinigami and I am a Hollow! Whichever side loses will be annihilated. That’s how it’s always been for thousands of years. Do you need any other reason to fight? Come on. The one who remains standing will return alive. That’s all it comes down to!” – Grimmjow 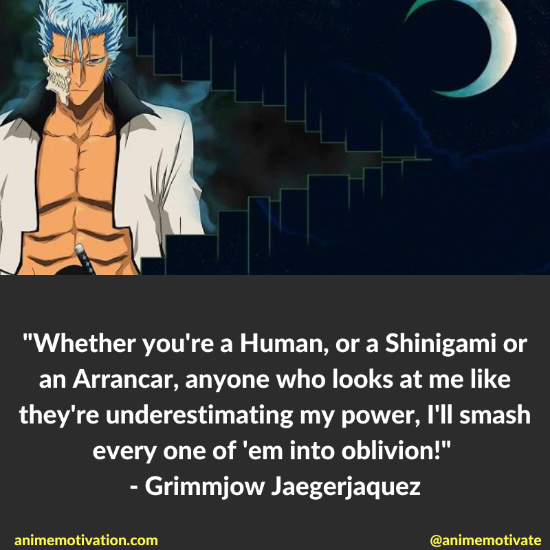 “Whether you’re a Human, or a Shinigami or an Arrancar, anyone who looks at me like they’re underestimating my power, I’ll smash every one of ’em into oblivion!” – Grimmjow 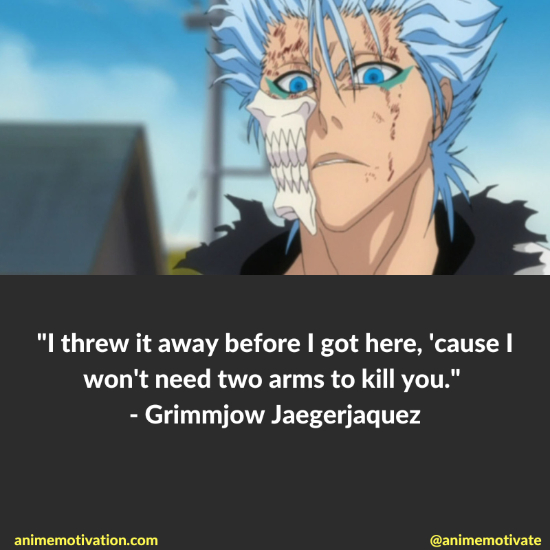 “I threw it away before I got here, ’cause I won’t need two arms to kill you.” – Grimmjow 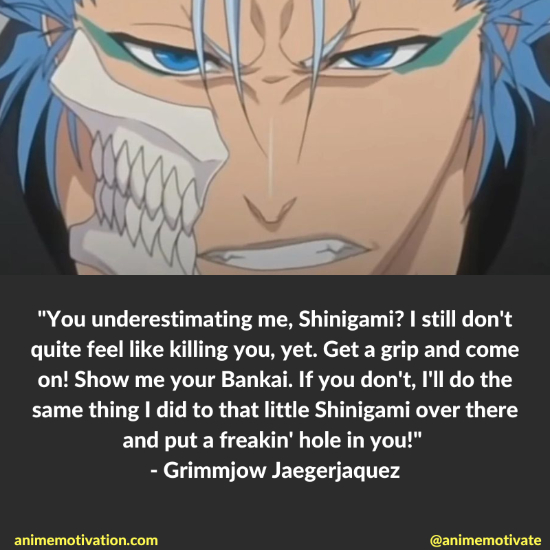 “You underestimating me, Shinigami? I still don’t quite feel like killing you, yet. Get a grip and come on! Show me your Bankai. If you don’t, I’ll do the same thing I did to that little Shinigami over there and put a freakin’ hole in you!” – Grimmjow 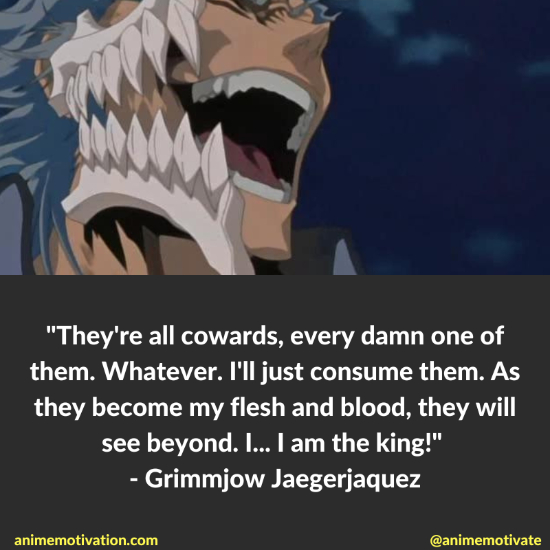 “They’re all cowards, every damn one of them. Whatever. I’ll just consume them. As they become my flesh and blood, they will see beyond. I… I am the king!” – Grimmjow 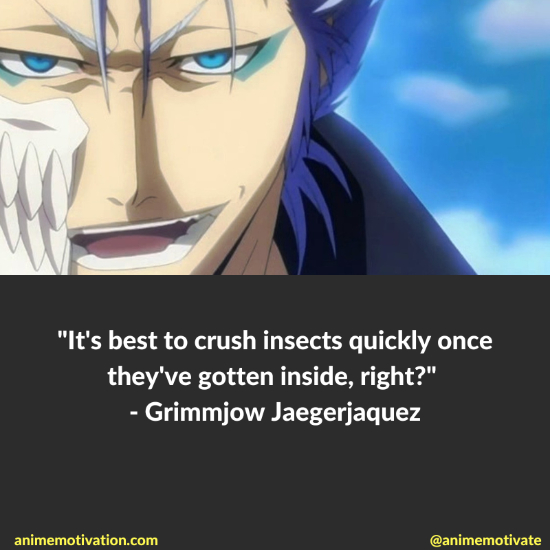 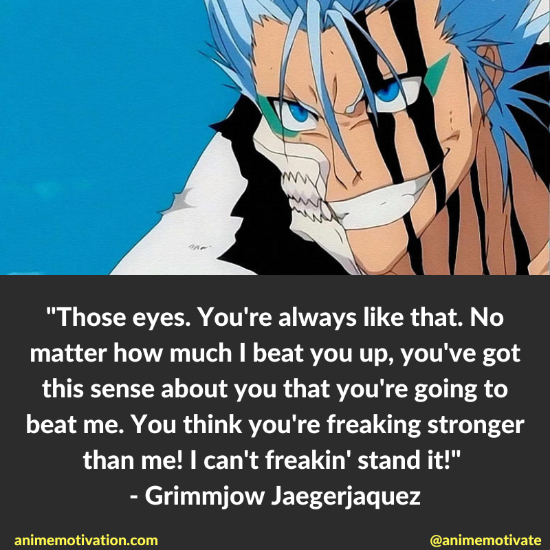 “Those eyes. You’re always like that. No matter how much I beat you up, you’ve got this sense about you that you’re going to beat me. You think you’re freaking stronger than me! I can’t freakin’ stand it!” – Grimmjow 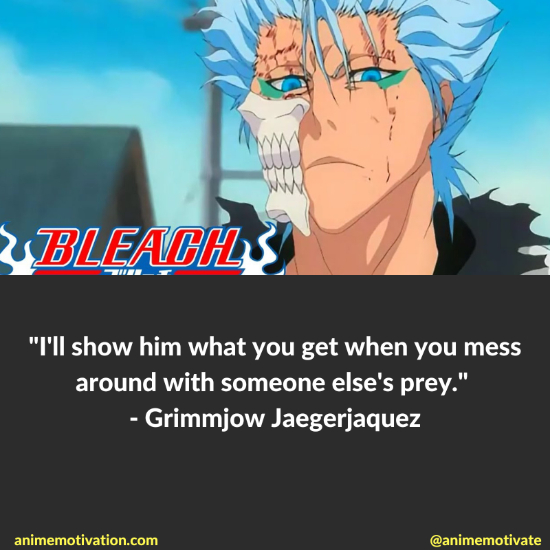 “I’ll show him what you get when you mess around with someone else’s prey.” – Grimmjow 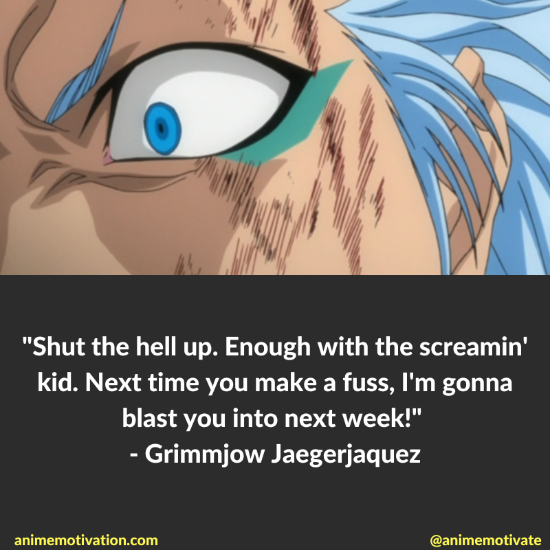 “Shut the hell up. Enough with the screamin’ kid. Next time you make a fuss, I’m gonna blast you into next week!” – Grimmjow 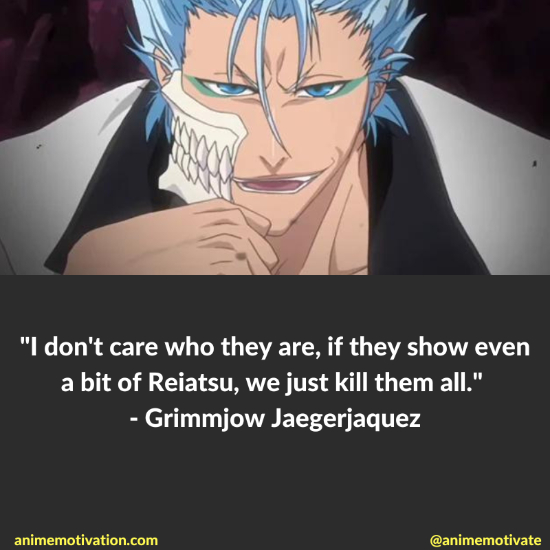 “I don’t care who they are, if they show even a bit of Reiatsu, we just kill them all.” – Grimmjow 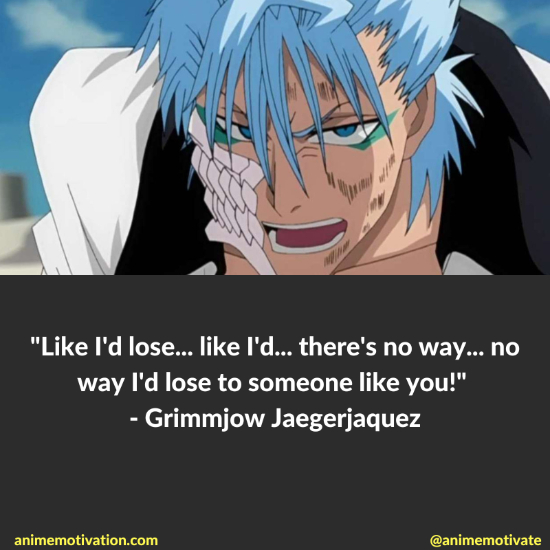 22+ Of The Greatest Ulquiorra Cifer Quotes That Will Take You Back!