“My head’s… Gotten all messed up… The Founder’s power has made it so that there’s no past or future… It all exists at once. So… I had to do it..” – Eren Yaeger

Eren Yaeger (or Jaeger) is an anime protagonist who’s a little more passionate than the average character in Attack On Titan. So passionate that he became one of the most irritating and annoying characters for AOT fans.

Whenever his name was brought up, there wasn’t much people thought or had to say. At least not in mass numbers.

That changed as things progressed and he made a big transition eventually in the later series of the franchise, and now Eren is viewed differently.

This post will show some of Eren’s best quotes with reflect many key moments from the anime. With some quotes fans will understand better if they have context of his character. 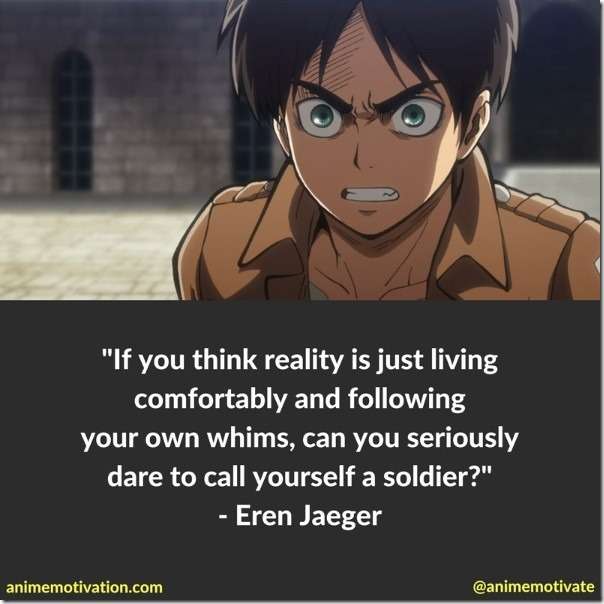 “If you think reality is just living comfortably and following your own whims, can you seriously dare to call yourself a soldier?” – Eren Jaeger 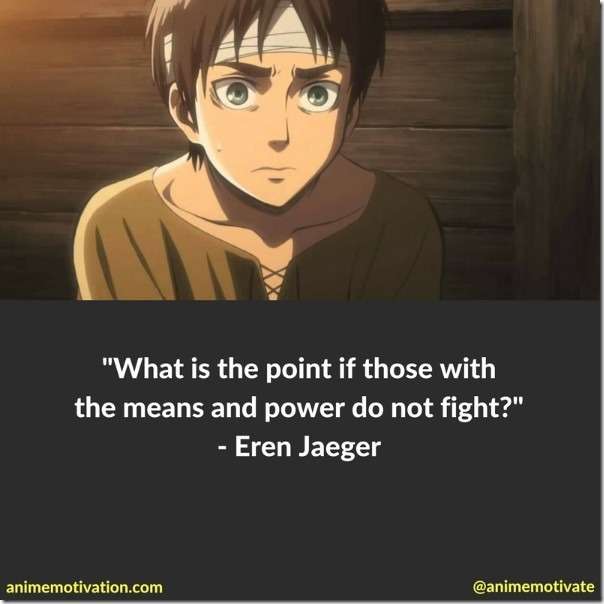 “What is the point if those with the means and power do not fight?” – Eren Jaeger 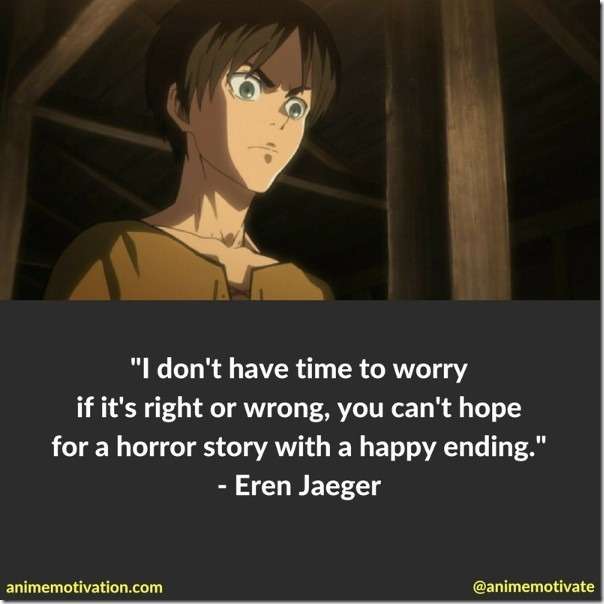 “I don’t have time to worry if it’s right or wrong, you can’t hope for a horror story with a happy ending.” – Eren Jaeger

If there’s one thing about Eren Jaeger, he’s brutally honest to the core. 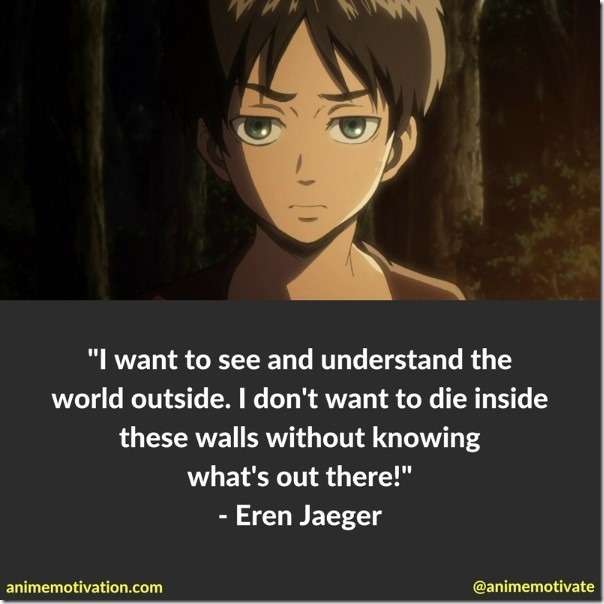 “I want to see and understand the world outside. I don’t want to die inside these walls without knowing what’s out there.” – Eren Jaeger 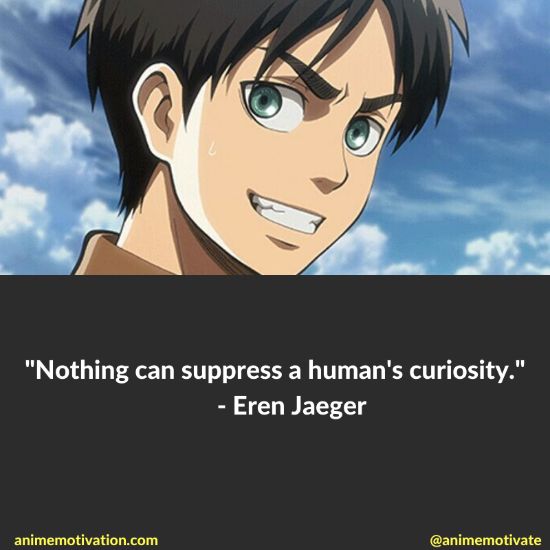 “Nothing can suppress a human’s curiosity.” – Eren Jaeger 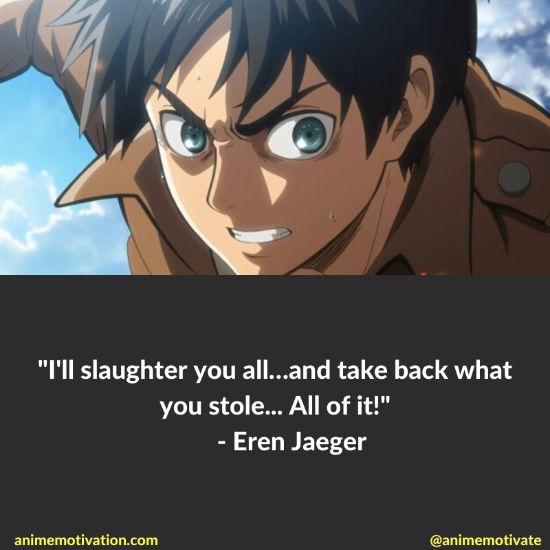 “’I’ll slaughter you all…and take back what you stole… All of it!” – Eren Jaeger 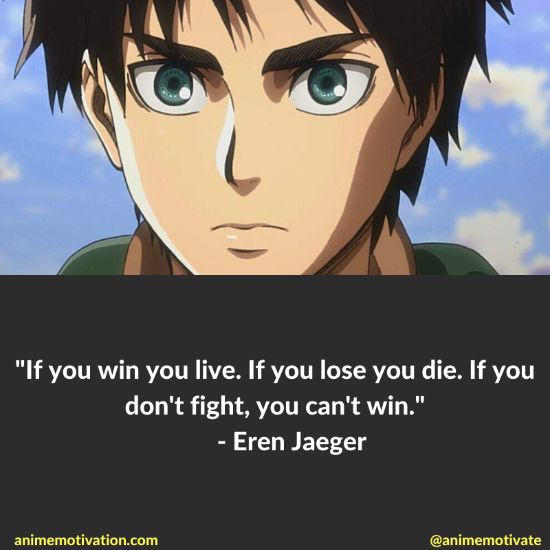 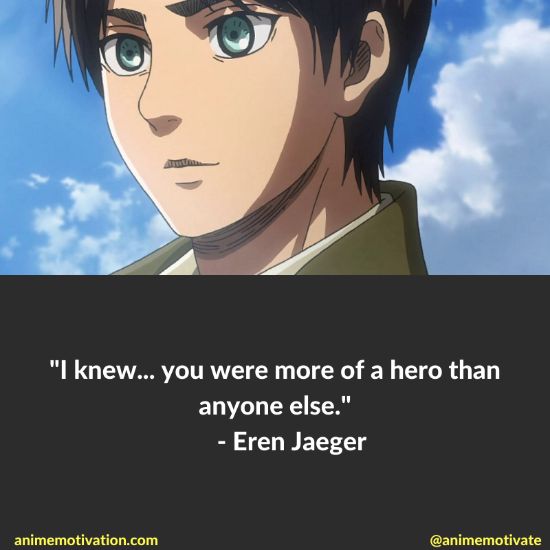 “I knew… you were more of a hero than anyone else.” – Eren Jaeger 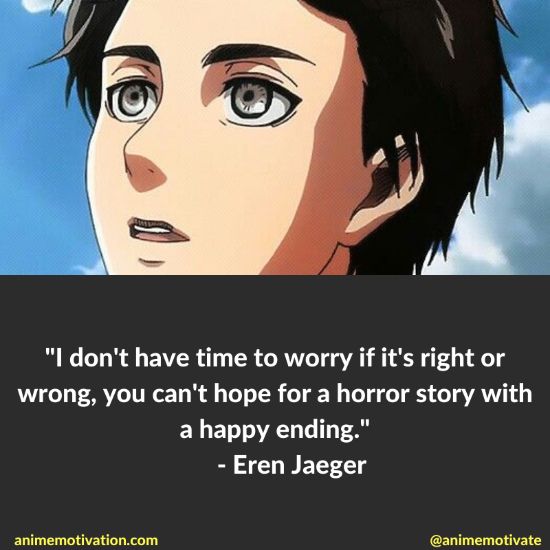 “I don’t have time to worry if it’s right or wrong, you can’t hope for a horror story with a happy ending.” – Eren Jaeger 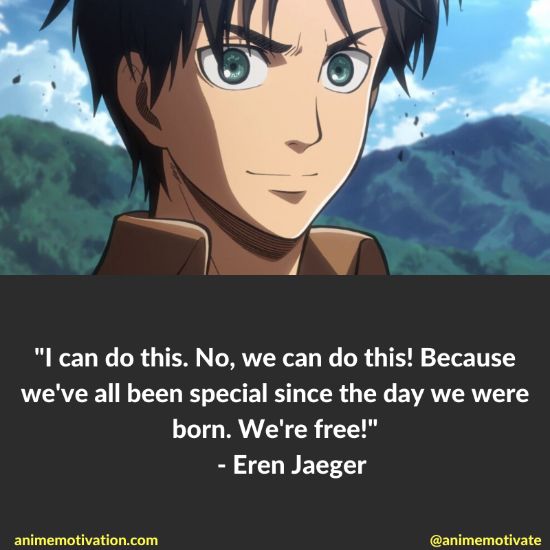 “I can do this. No, we can do this! Because we’ve all been special since the day we were born. We’re free!” – Eren Jaeger 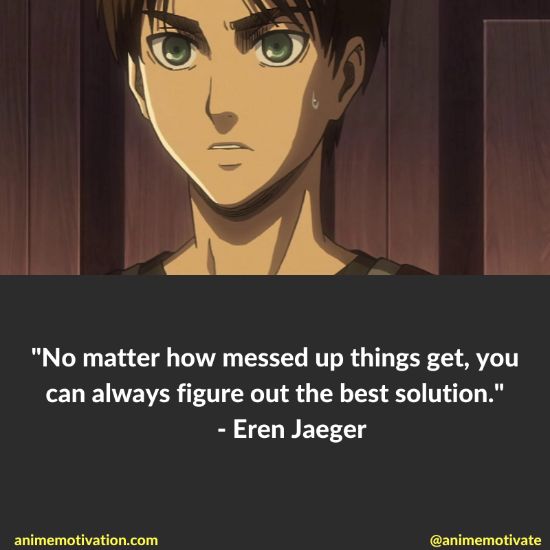 “No matter how messed up things get, you can always figure out the best solution.” – Eren Jaeger 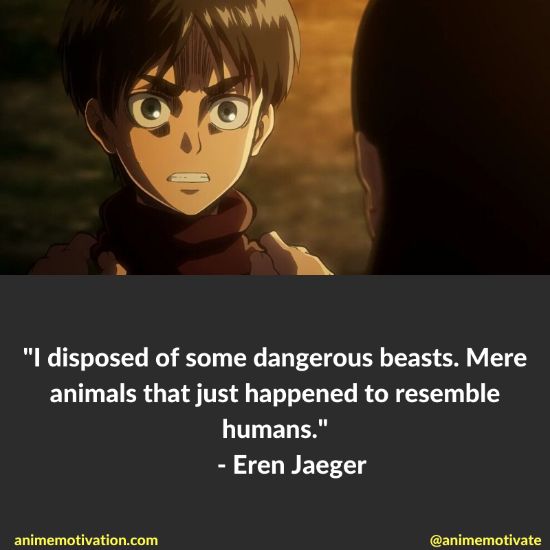 “I disposed of some dangerous beasts. Mere animals that just happened to resemble humans.” – Eren Jaeger