Ainz Ooal Gown is a skull faced protagonist from Overlord. Compared a lot to Barragan from , even though Barragan came long before Overlord came into existence.

In this /game style anime Ainz is clearly a wise character, and nothing like the simple minded or cliche characters you usually see in many adapted series.

This is even true despite the fact Ainz is an OP (overpowered) character who’s considered a supreme being and is the world’s most powerful magic caster in the series.

Here’s a list of quotes to remind you of the anime, or that you can take something from. 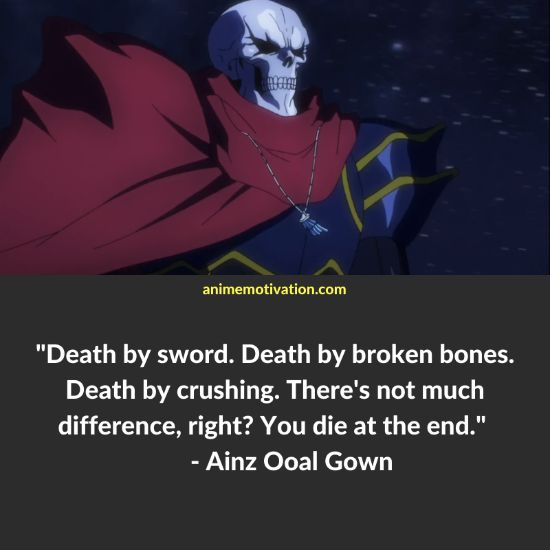 “Death by sword. Death by broken bones. Death by crushing. There’s not much difference, right? You die at the end.” – Ainz Ooal Gown 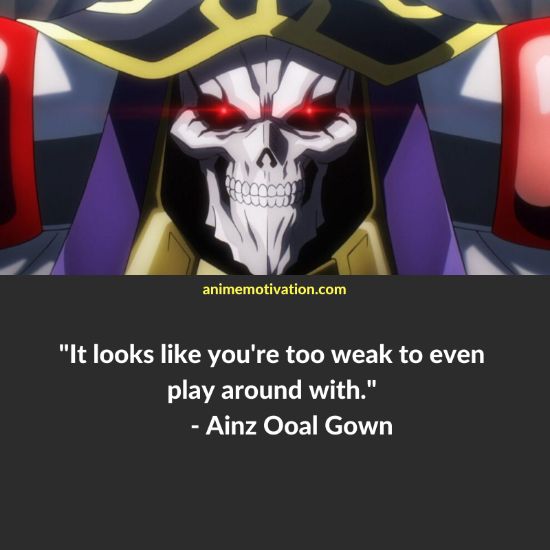 “It looks like you’re too weak to even play around with.” – Ainz Ooal Gown 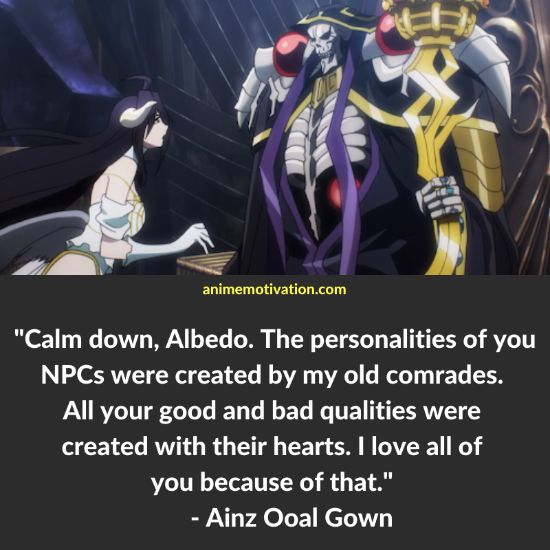 “Calm down, Albedo. The personalities of you NPCs were created by my old comrades. All your good and bad qualities were created with their hearts. I love all of you because of that. ” – Ainz Ooal Gown 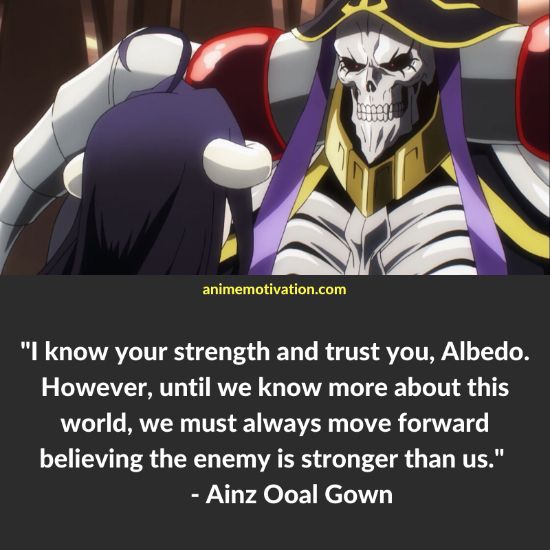 “I know your strength and trust you, Albedo. However, until we know more about this world, we must always move forward believing the enemy is stronger than us.” – Ainz Ooal Gown 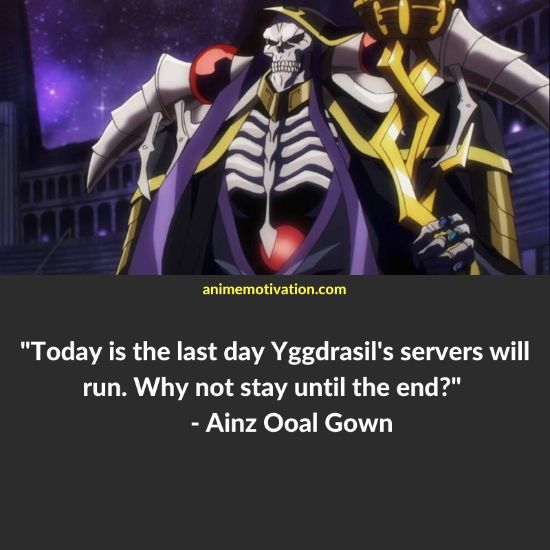 “Today is the last day Yggdrasil’s servers will run. Why not stay until the end?” – Ainz Ooal Gown 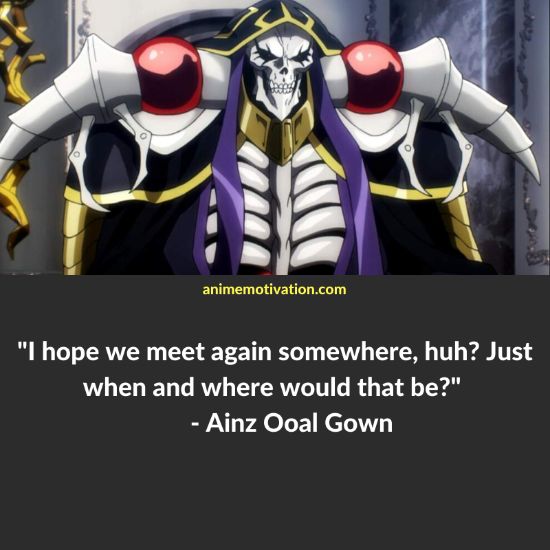 “I hope we meet again somewhere, huh? Just when and where would that be?” – Ainz Ooal Gown 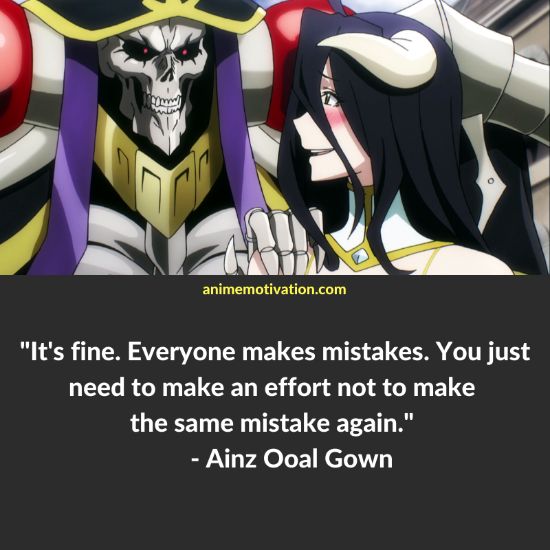 “It’s fine. Everyone makes mistakes. You just need to make an effort not to make the same mistake again.” – Ainz Ooal Gown 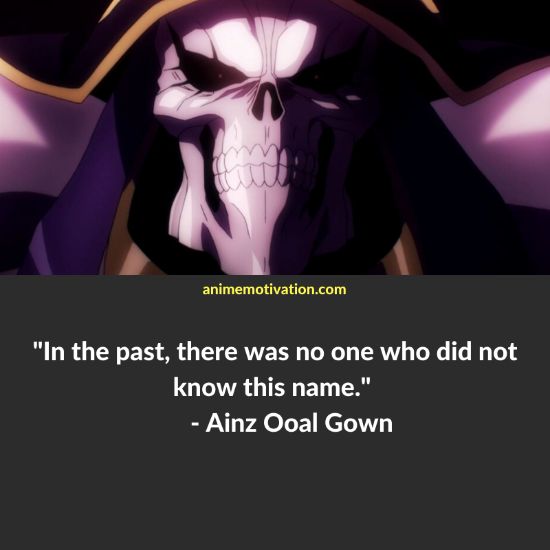 “In the past, there was no one who did not know this name.” – Ainz Ooal Gown 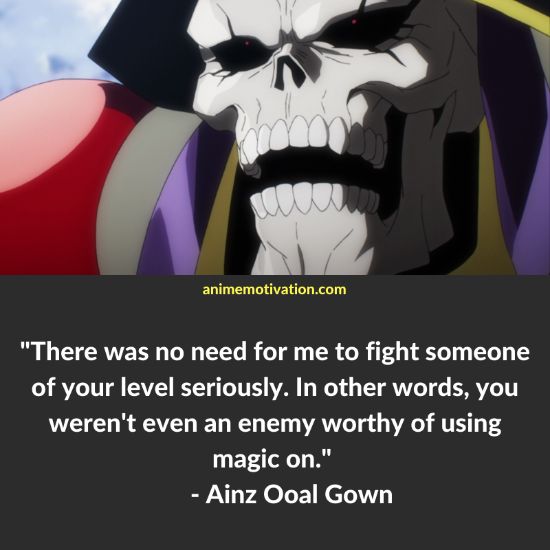 “There was no need for me to fight someone of your level seriously. In other words, you weren’t even an enemy worthy of using magic on.” – Ainz Ooal Gown 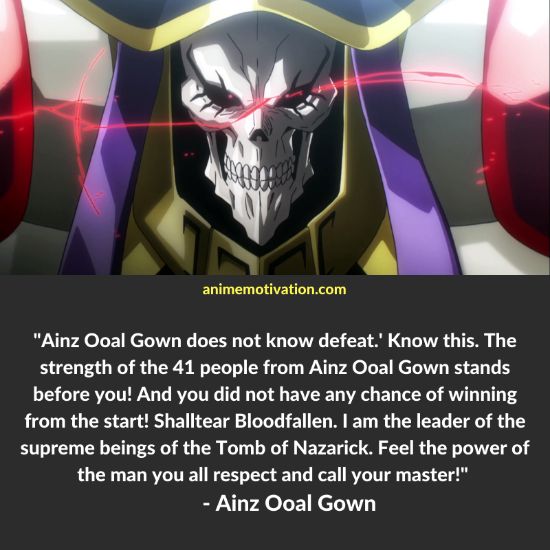 “Ainz Ooal Gown does not know defeat.’ Know this. The strength of the 41 people from Ainz Ooal Gown stands before you! And you did not have any chance of winning from the start! Shalltear Bloodfallen. I am the leader of the supreme beings of the Tomb of Nazarick. Feel the power of the man you all respect and call your master!” – Ainz Ooal Gown 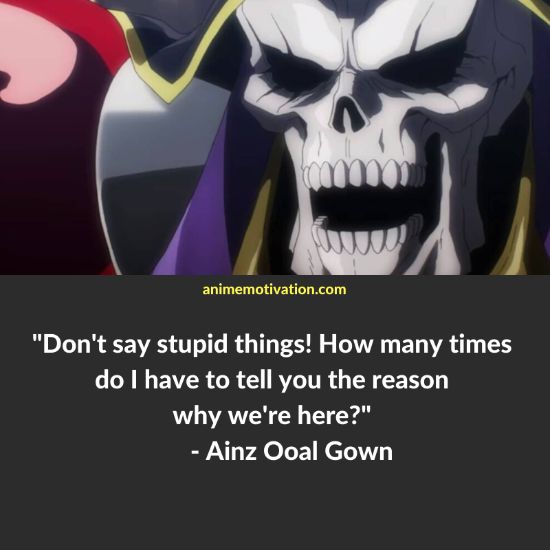 “Don’t say stupid things! How many times do I have to tell you the reason why we’re here?” – Ainz Ooal Gown 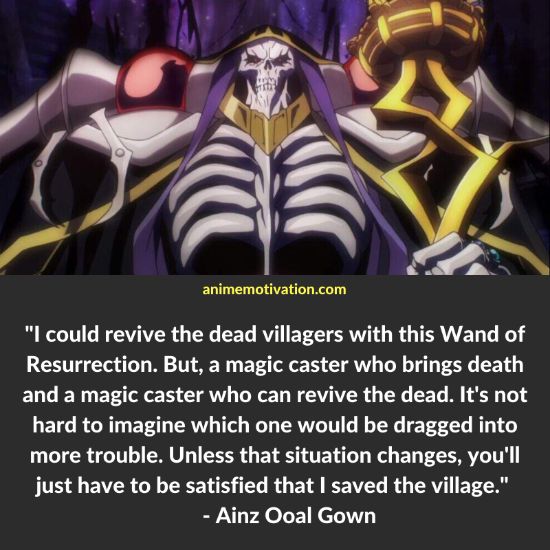 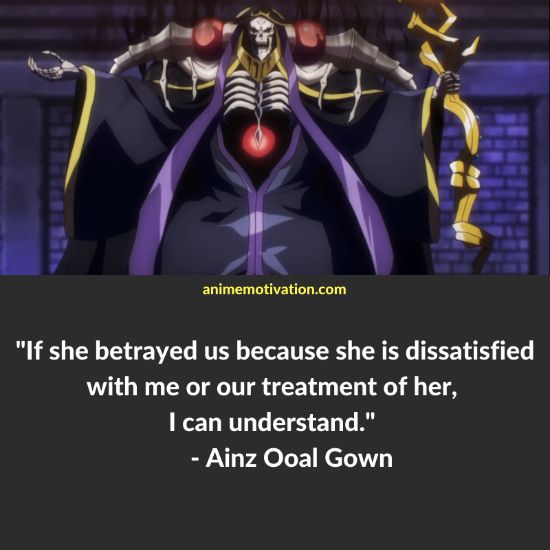 “If she betrayed us because she is dissatisfied with me or our treatment of her, I can understand.” – Ainz Ooal Gown 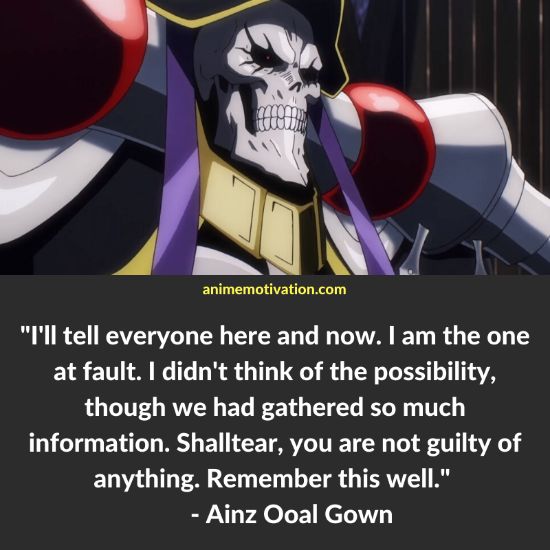 “I’ll tell everyone here and now. I am the one at fault. I didn’t think of the possibility, though we had gathered so much information. Shalltear, you are not guilty of anything. Remember this well.” – Ainz Ooal Gown

The 61+ Greatest Hachiman Hikigaya Quotes That Are Introspective!