Denji is the main character of the series, the name being titled after him and his situation.

On the surface, Denji seems like a coward. Someone who’s weak and takes orders from others willingly.

Someone who will kiss ass and bend over backwards to get what he wants despite the mockery or disrespect he puts himself through.

This isn’t true though.

Denji is quite smart, observant, and good at playing the game to fool others in subtle ways. And he’s unbelievably kind, nice, and somewhat pure despite his background.

Here’s a list of Denji quotes that reflect these parts of Denji, his emotions, and his thought process. 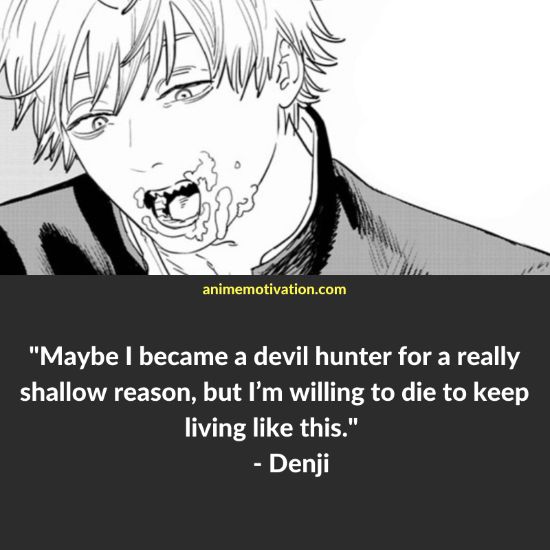 “Maybe I became a devil hunter for a really shallow reason, but I’m willing to die to keep living like this.” – Denji

“Did I lose my humanity when I lost my heart?” – Denji 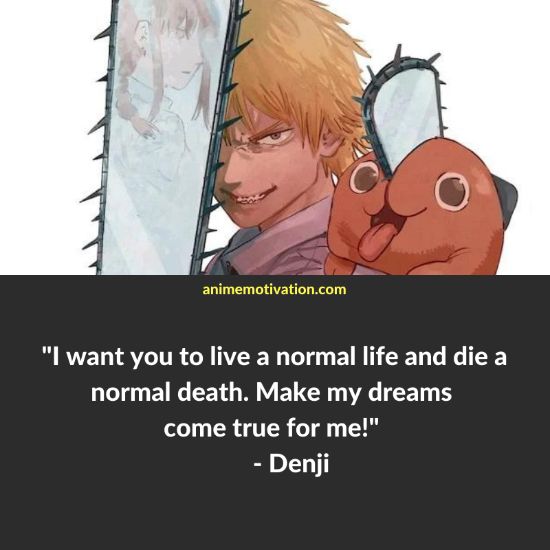 “I want you to live a normal life and die a normal death. Make my dreams come true for me!” – Denji 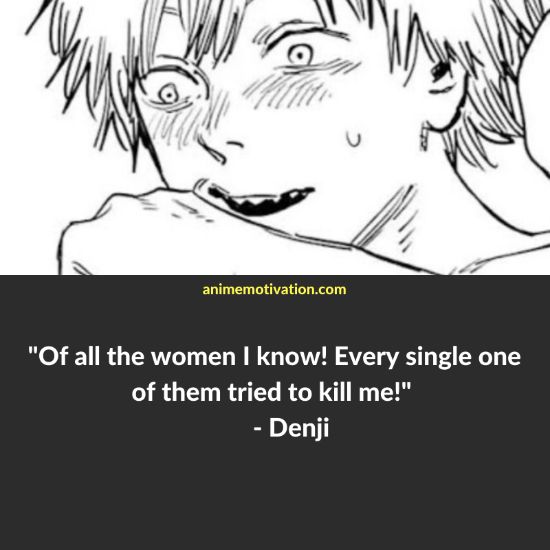 “Of all the women I know! Every single one of them tried to kill me!” – Denji 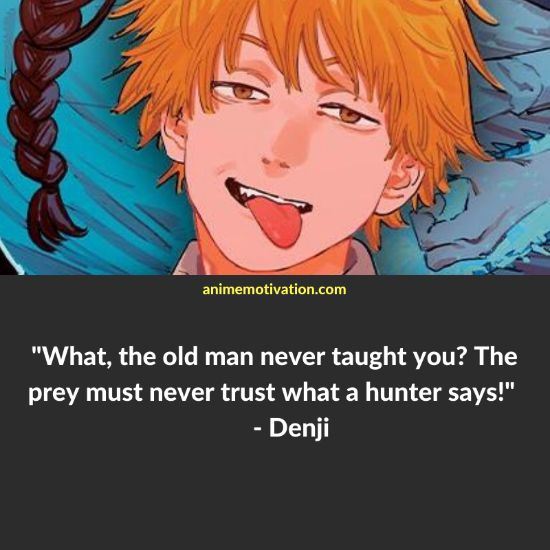 “What, the old man never taught you? The prey must never trust what a hunter says!” – Denji 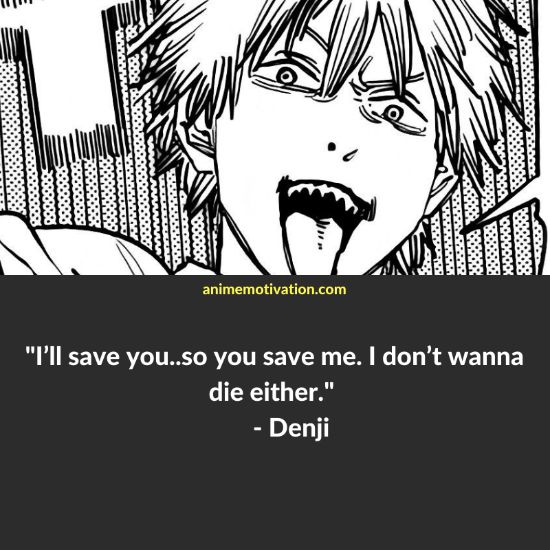 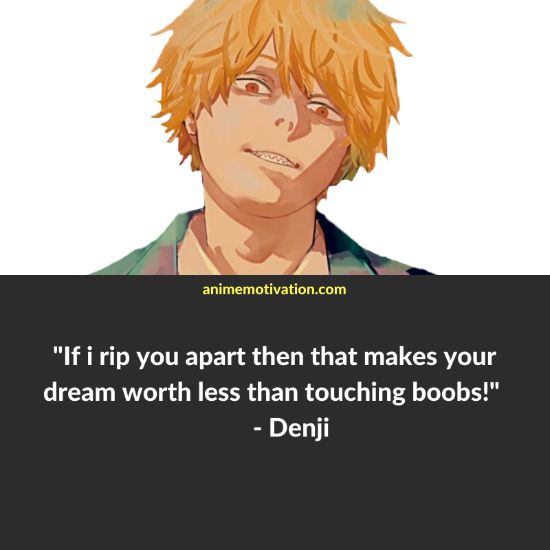 “If i rip you apart then that makes your dream worth less than touching boobs!” – Denji 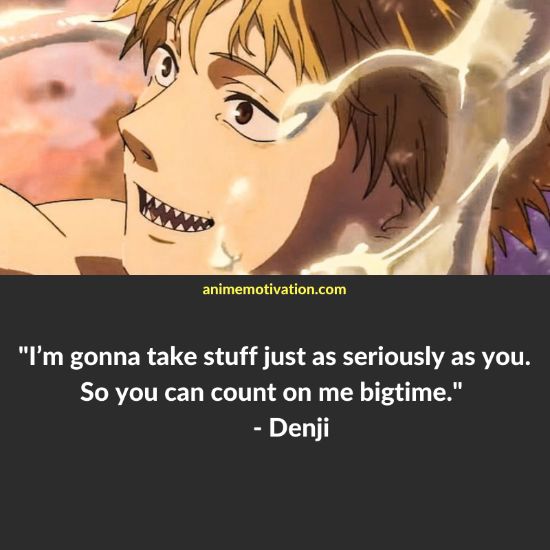 “I’m gonna take stuff just as seriously as you. So you can count on me bigtime.” – Denji 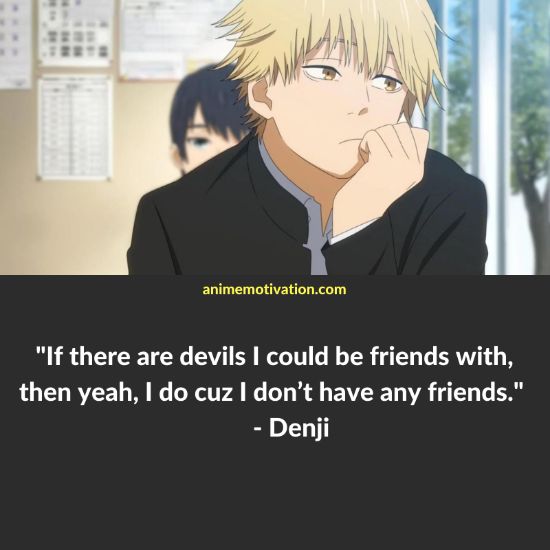 “If there are devils I could be friends with, then yeah, I do cuz I don’t have any friends.” – Denji 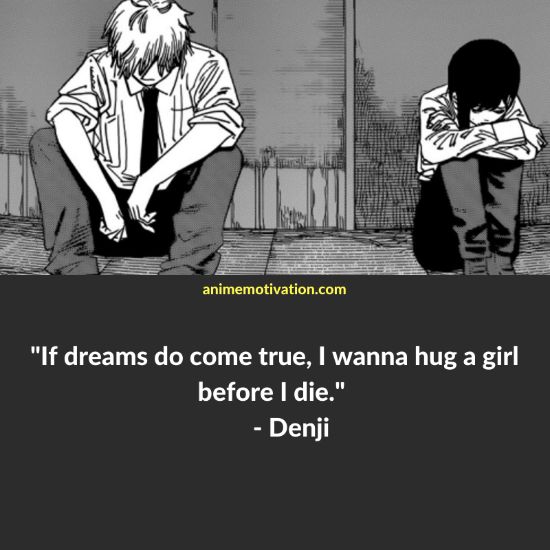 “If dreams do come true, I wanna hug a girl before I die.” – Denji

12+ Of The Greatest Eren Yaeger Quotes From Attack On Titan!