Naruto Uzumaki is an icon in the anime industry, and is arguably as big as Goku but not quite. The anime itself is embedded in culture, fashion, clothing, , and so much more.

And his life in general to where he reaches at the end of Shippuden, there’s a lot for people to relate to, connect to, and take from Naruto as far as life lessons and wisdom in a sense.

That’s why Naruto and the anime are so with so many quotes that can be applied to your own life.

With that said, here’s a list of Naruto Uzumaki’s best quotes to make that point! 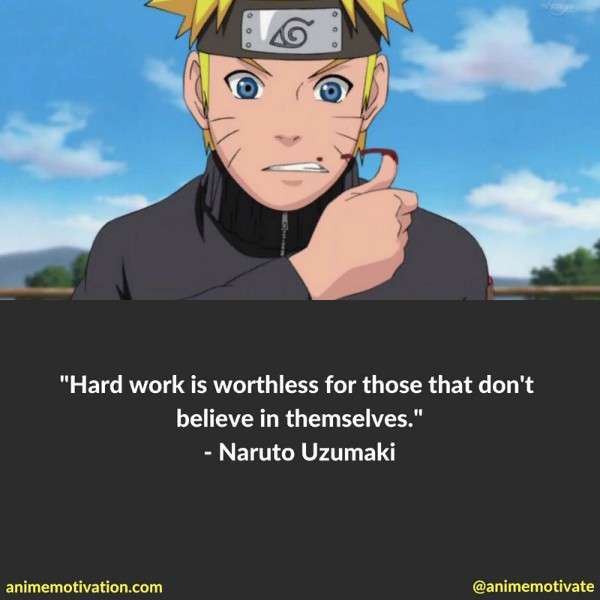 “Hard work is worthless for those that don’t believe in themselves.” – Naruto Uzumaki 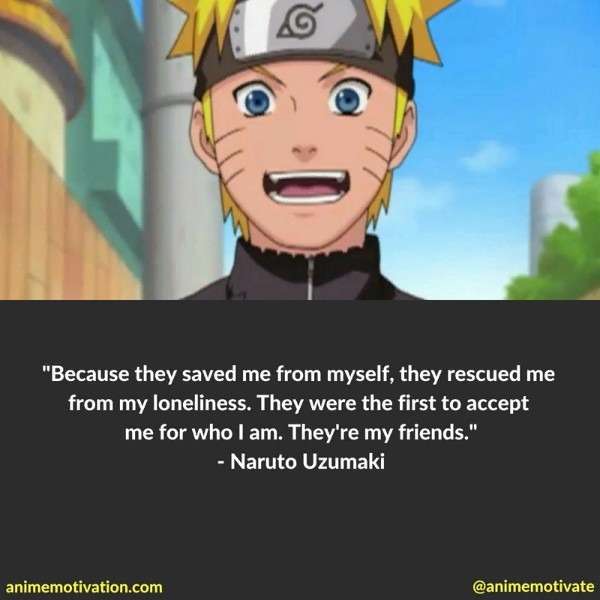 “Because they saved me from myself, they rescued me from my loneliness. They were the first to accept me for who I am. They’re my friends.” – Naruto Uzumaki 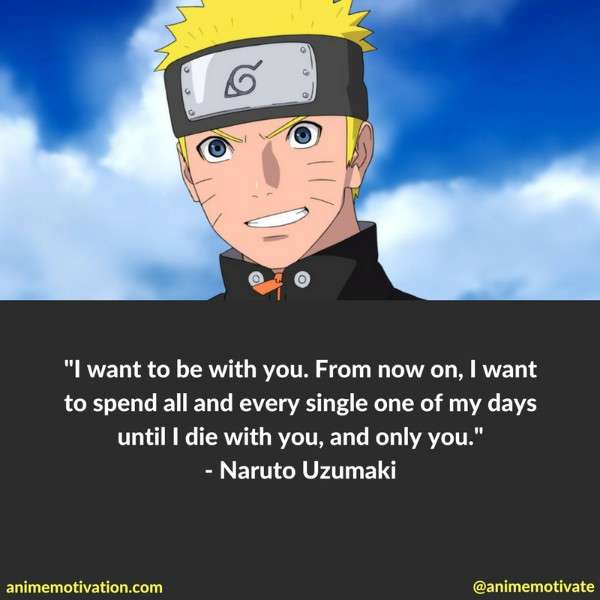 “I want to be with you. From now on, I want to spend all and every single one of my days until I die with you, and only you.” – Naruto Uzumaki 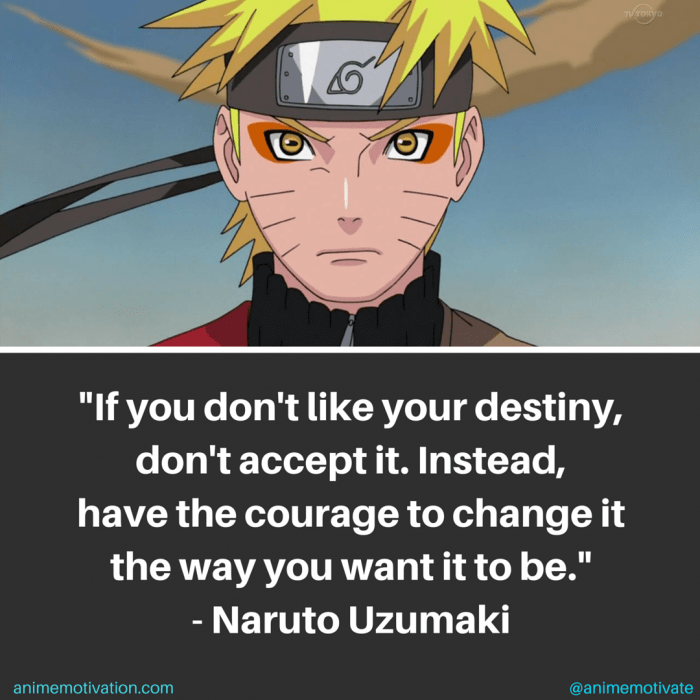 “If you don’t like your destiny, don’t accept it. Instead have the courage to change it the way you want it to be.” – Naruto Uzumaki 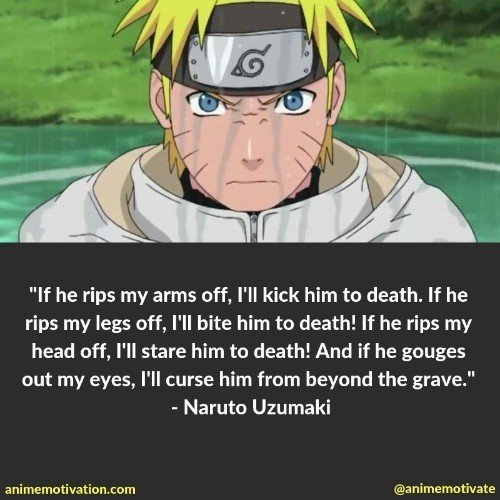 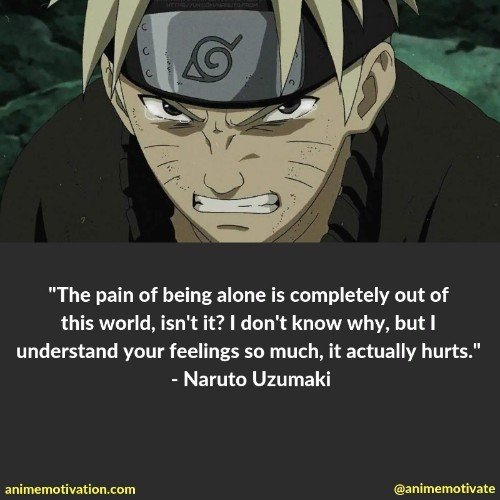 “The pain of being alone is completely out of this world, isn’t it? I don’t know why, but I understand your feelings so much, it actually hurts.” – Naruto Uzumaki 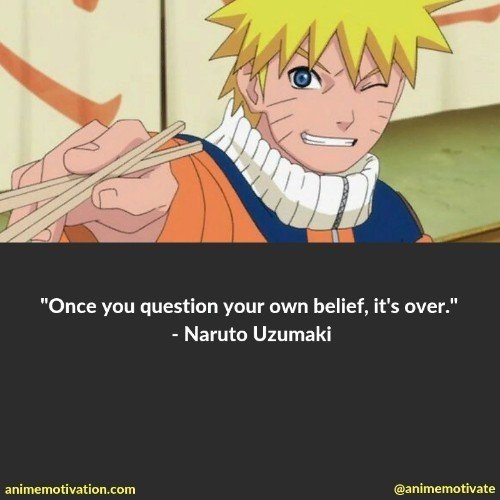 “Once you question your own belief, it’s over.” – Naruto Uzumaki 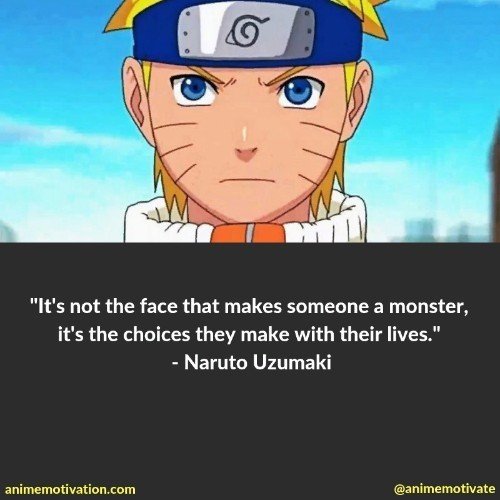 “It’s not the face that makes someone a monster, it’s the choices they make with their lives.” – Naruto Uzumaki 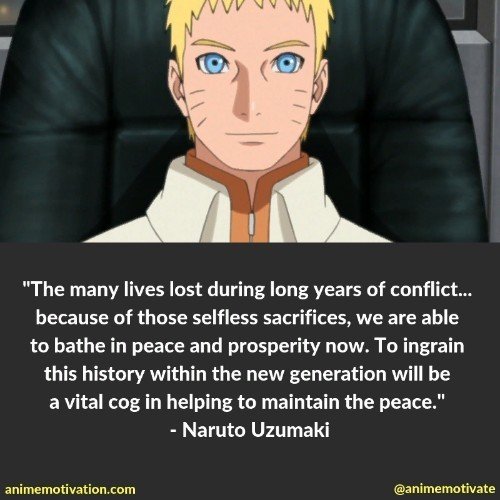 “The many lives lost during long years of conflict… because of those selfless sacrifices, we are able to bathe in peace and prosperity now. To ingrain this history within the new generation will be a vital cog in helping to maintain the peace.” – Naruto Uzumaki 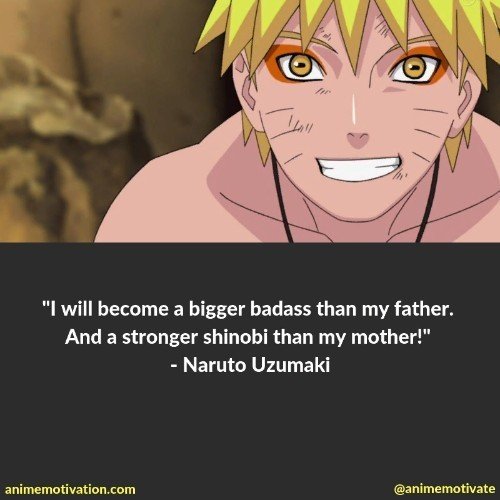 “I will become a bigger badass than my father. And a stronger shinobi than my mother!” – Naruto Uzumaki 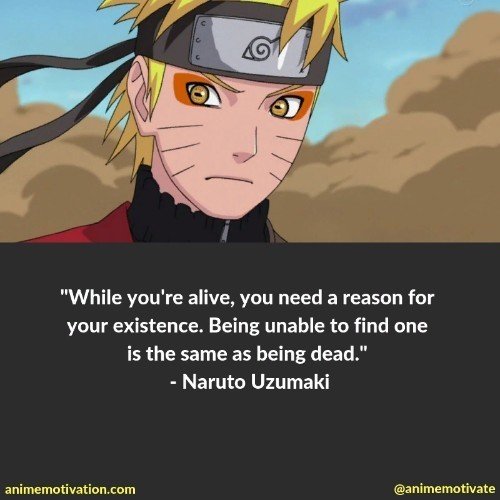 “While you’re alive, you need a reason for your existence. Being unable to find one is the same as being dead.” – Naruto Uzumaki 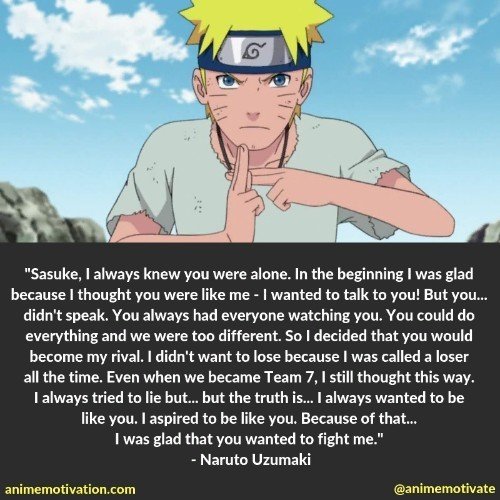 “Sasuke, I always knew you were alone. In the beginning I was glad because I thought you were like me – I wanted to talk to you! But you… didn’t speak. You always had everyone watching you. You could do everything and we were too different. So I decided that you would become my rival. I didn’t want to lose because I was called a loser all the time. Even when we became Team 7, I still thought this way. I always tried to lie but… but the truth is… I always wanted to be like you. I aspired to be like you. Because of that… I was glad that you wanted to fight me.” – Naruto Uzumaki 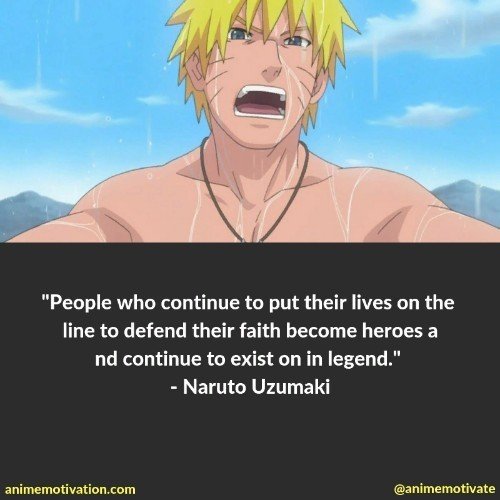 “People who continue to put their lives on the line to defend their faith become heroes and continue to exist on in legend.” – Naruto Uzumaki 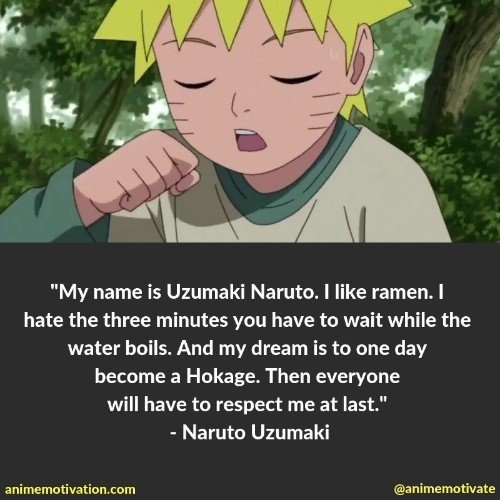 “My name is Uzumaki Naruto. I like ramen. I hate the three minutes you have to wait while the water boils. And my dream is to one day become a Hokage. Then everyone will have to respect me at last.” – Naruto Uzumaki 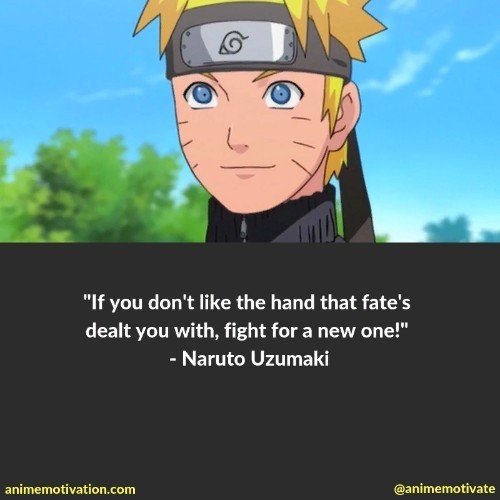 “If you don’t like the hand that fate’s dealt you with, fight for a new one!” – Naruto Uzumaki 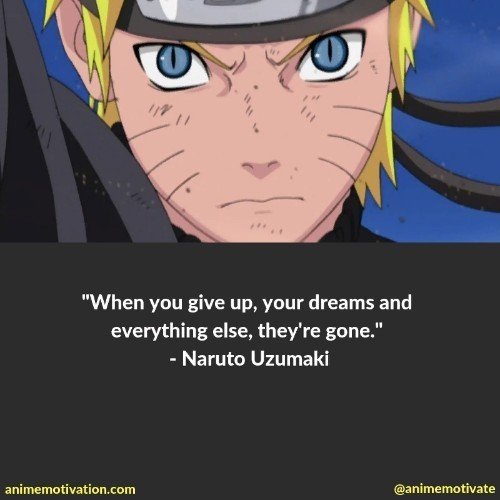 “When people are protecting something truly special to them, they truly can become… as strong as they can be.” – Naruto Uzumaki 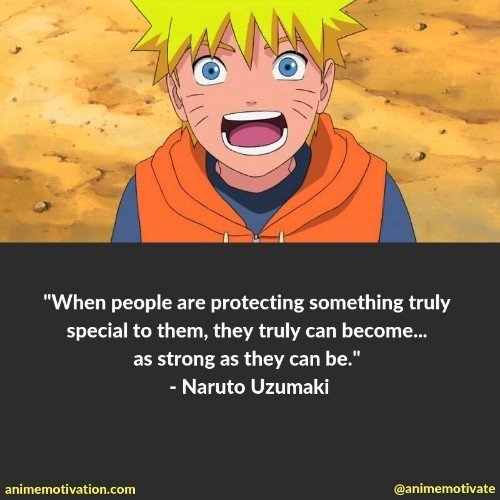 “When you give up, your dreams and everything else, they’re gone.” – Naruto Uzumaki