Date A Live quotes taken from the following characters:

Date A Live is a harem/ series with romance elements. And it’s popular with its own niche fan base.

If you need a place where you can keep coming back for the quotes of Date A Live, Motivation is the place to be.

Here are the best lines Date A Live has to offer. 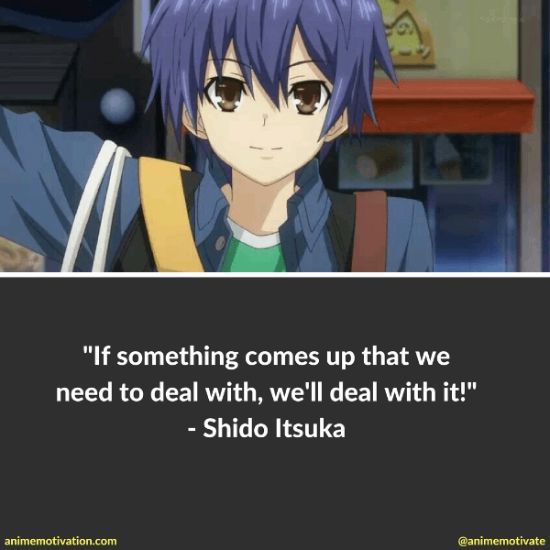 “I’ll take care of you. If something comes up that we need to deal with, we’ll deal with it.” – Shido Itsuka 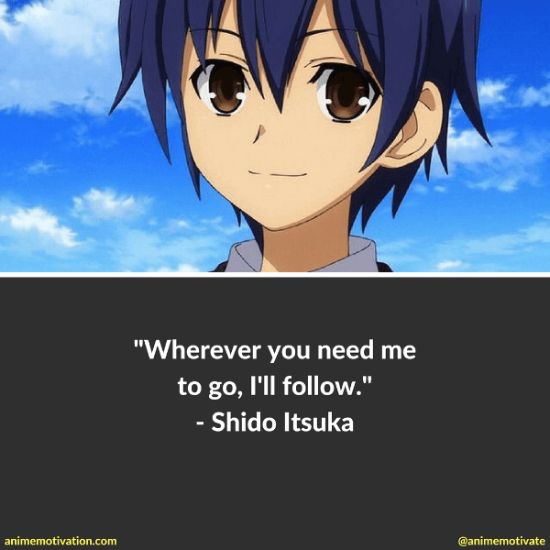 “Wherever you need me to go, I’ll follow.” – Shido Itsuka 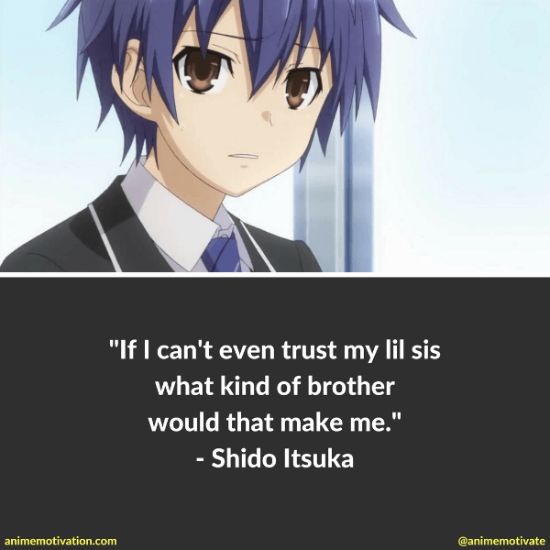 “If I can’t even trust my lil sis, what kind of brother would that make me.” – Shido Itsuka 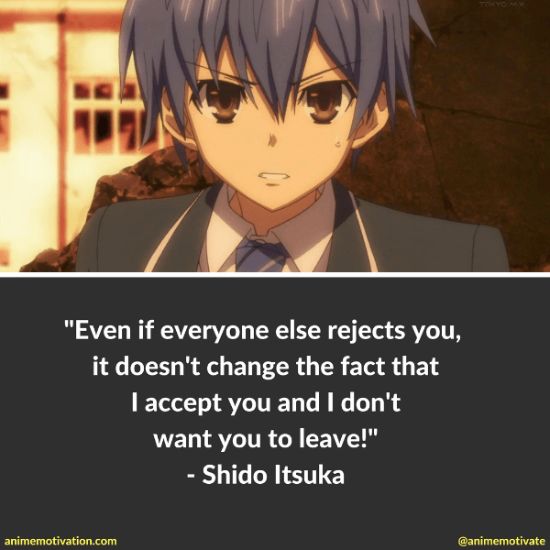 “Even if everyone else rejects you, it doesn’t change the fact that I accept you and I don’t want you to leave!” – Shido Itsuka 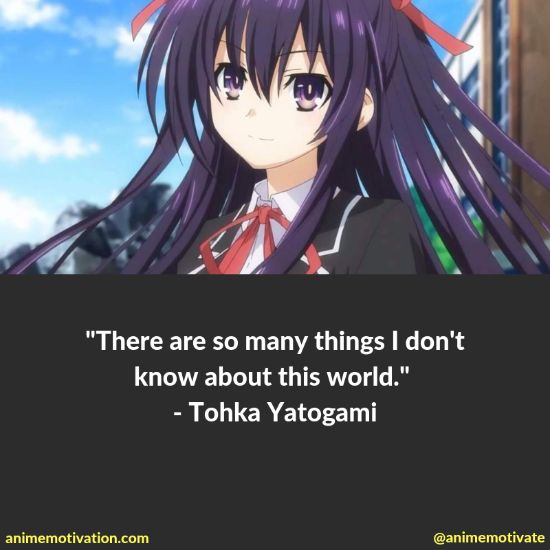 “There are so many things I don’t know about this world.” – Tohka Yatogami 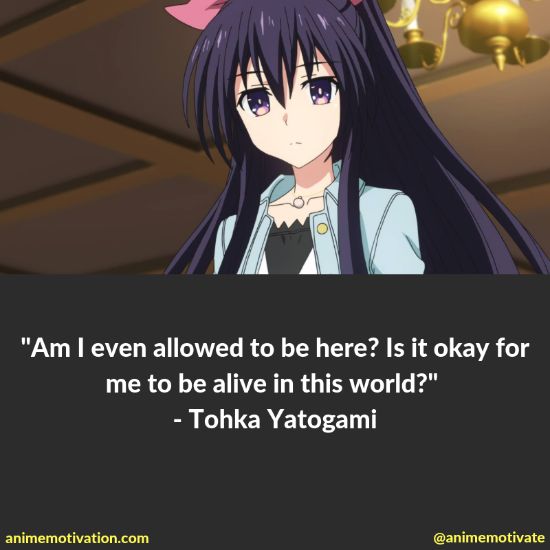 “Am I even allowed to be here? Is it okay for me to be alive in this world?” – Tohka Yatogami 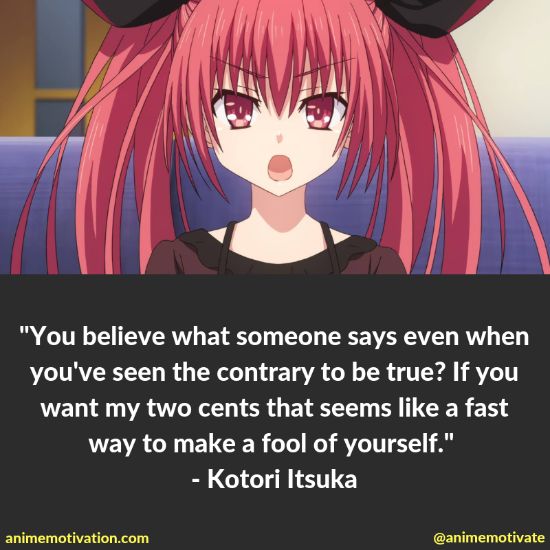 “You believe what someone says even when you’ve seen the contrary to be true? If you want my two cents that seems like a fast way to make a fool of yourself.” – Kotori Itsuka 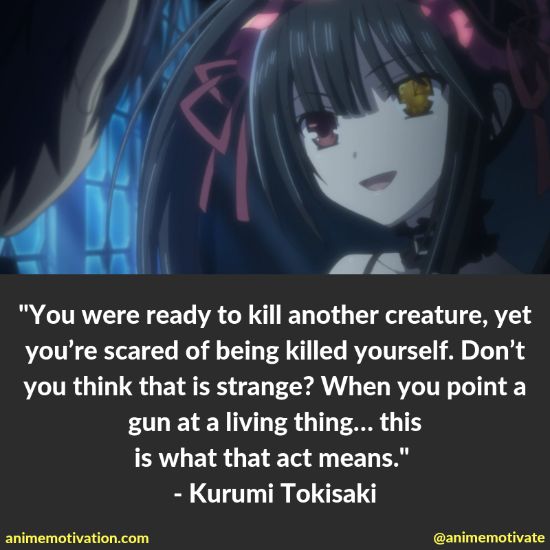 “You were ready to kill another creature, yet you’re scared of being killed yourself. Don’t you think that is strange? When you point a gun at a living thing… this is what that act means.” – Kurumi Tokisaki 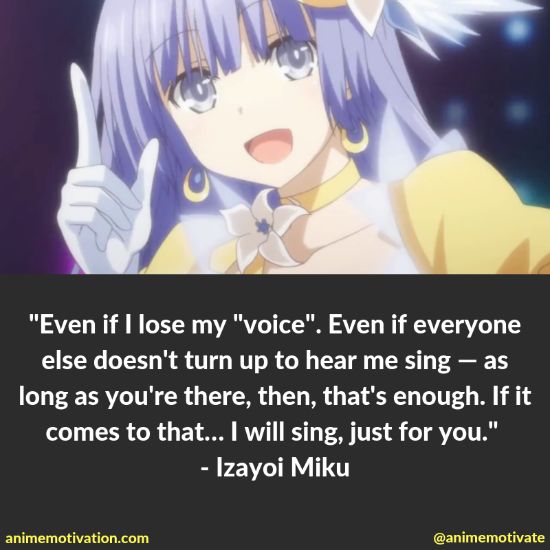 “Even if I lose my “voice”. Even if everyone else doesn’t turn up to hear me sing — as long as you’re there, then, that’s enough. If it comes to that… I will sing, just for you.” – Izayoi Miku

The 25 Best Anime Quotes About Nature