Sunday Without God quotes taken from the following characters:

Sunday Without God is an where God abandons the world on Sunday, and the plot is based on the aftermath.

There’s no like it, and that’s why the quotes, the lines, and the context of this series stands in its own lane.

Here are ALL of the best quotes from the , taken from the small number of characters in Sunday Without God. 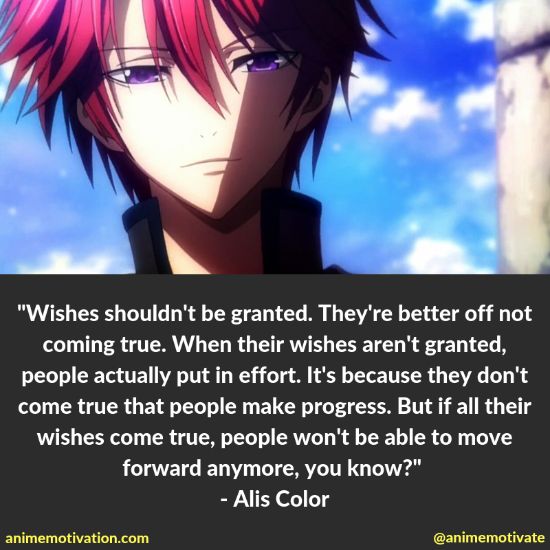 “Wishes shouldn’t be granted. They’re better off not coming true. When their wishes aren’t granted, people actually put in effort. It’s because they don’t come true that people make progress. But if all their wishes come true, people won’t be able to move forward anymore, you know?” – Alis Color 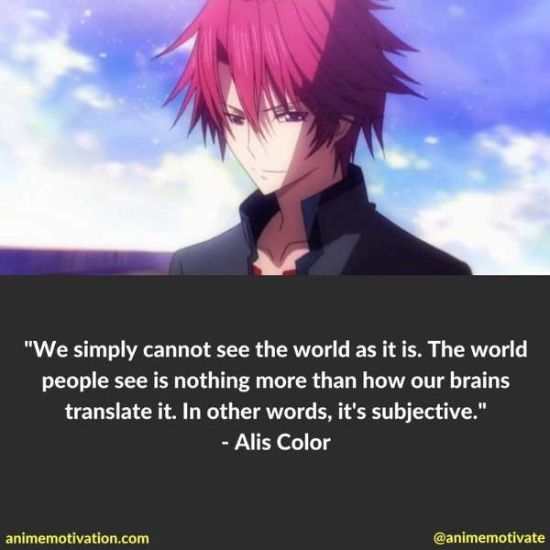 “We simply cannot see the world as it is. The world people see is nothing more than how our brains translate it. In other words, it’s subjective.” – Alis Color 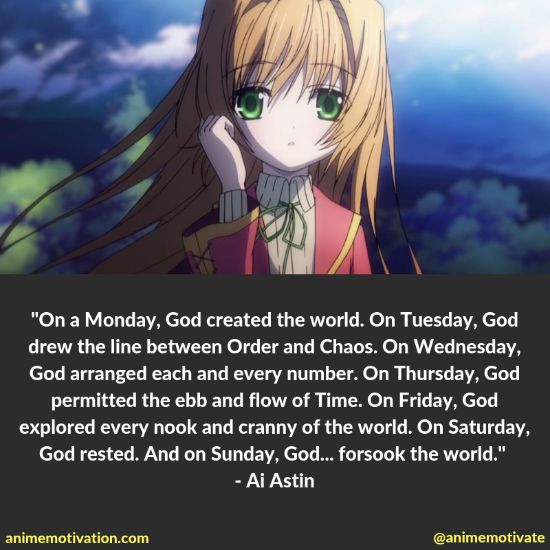 “On a Monday, God created the world. On Tuesday, God drew the line between Order and Chaos. On Wednesday, God arranged each and every number. On Thursday, God permitted the ebb and flow of Time. On Friday, God explored every nook and cranny of the world. On Saturday, God rested. And on Sunday, God… forsook the world.” – Ai Astin 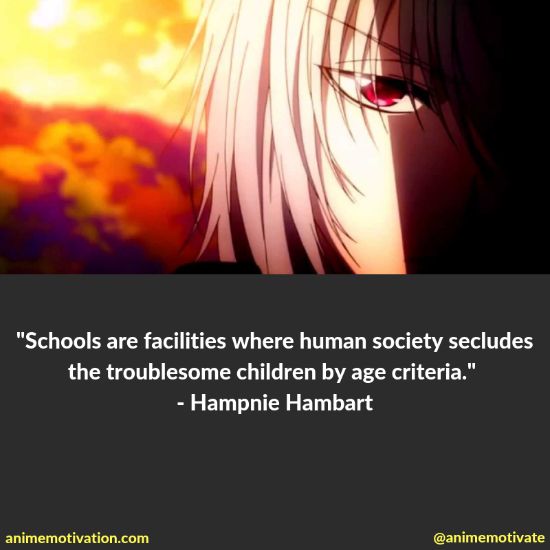 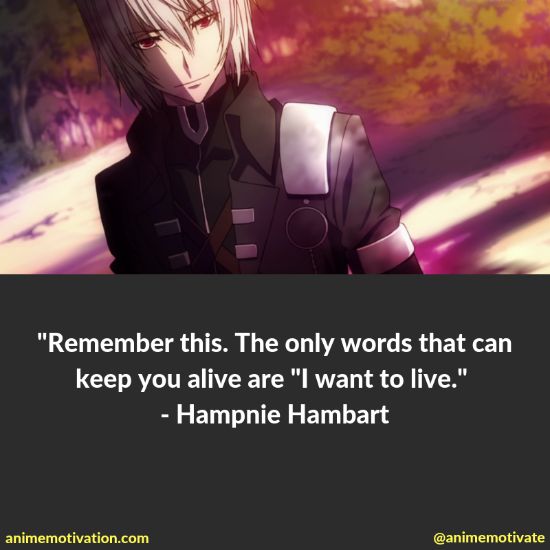 “Remember this. The only words that can keep you alive are “I want to live.” – Hampnie Hambart 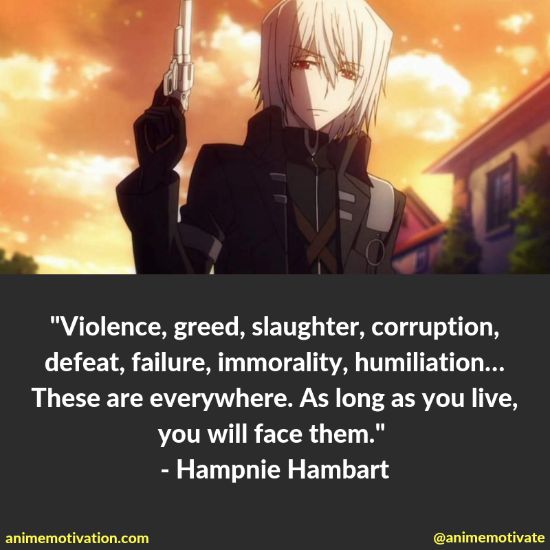 “Violence, greed, slaughter, corruption, defeat, failure, immorality, humiliation… These are everywhere. As long as you live, you will face them.” – Hampnie Hambart

“The probability of you remaining yourself until the day you die is extremely low. The hopeless spark you have now will be corrupted and in the most awful way there is.” – Hampnie Hambart 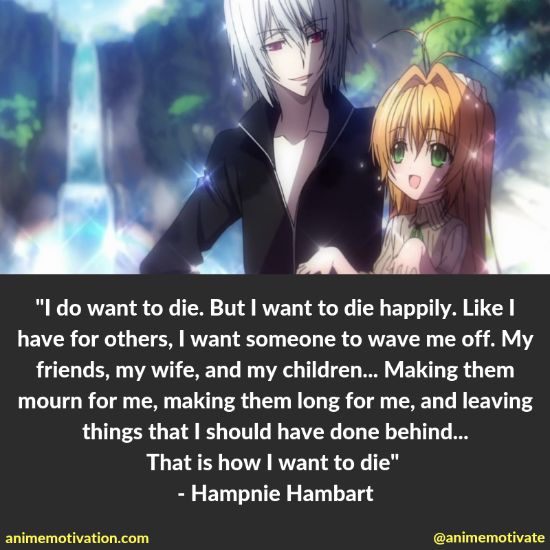 “I do want to die. But I want to die happily. Like I have for others, I want someone to wave me off. My friends, my wife, and my children… Making them mourn for me, making them long for me, and leaving things that I should have done behind… That is how I want to die.” – Hampnie Hambart

19 Of The BEST Loli Anime Characters

Why Are Characters White?