Mikaela’s 2nd name was given to him because of his association with Yuichiro Hyakuya, both of who were child slaves working for vampires.

Unlike his friends except for Yuichiro, Mikaela is turned into a vampire and forced to watch his friends die in the first episode, setting the stage for his growth, character, and the depth he carries in the series.

This reflects in his quotes, phrases, and speeches in the anime. Let’s touch on that.

Here’s the best quotes Mikaela has to offer from Owari No Seraph! 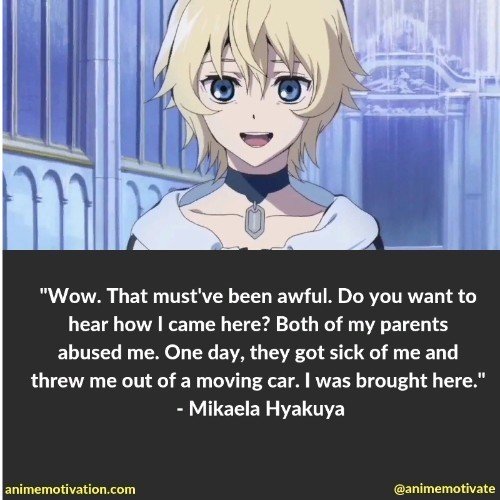 “Wow. That must’ve been awful. Do you want to hear how I came here? Both of my parents abused me. One day, they got sick of me and threw me out of a moving car. I was brought here.” – Mikaela Hyakuya 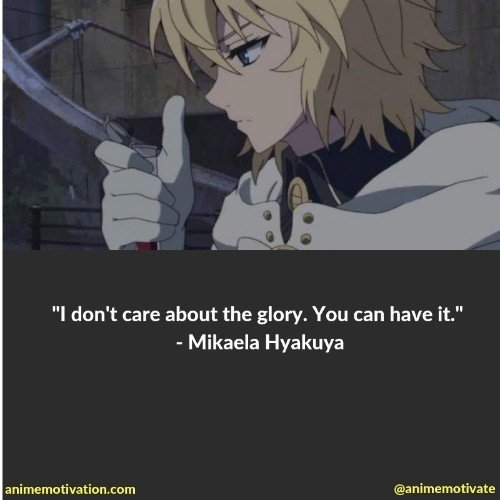 “I don’t care about the glory. You can have it.” – Mikaela Hyakuya 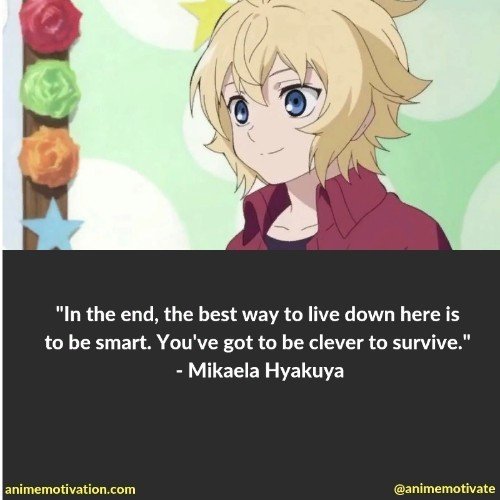 “In the end, the best way to live down here is to be smart. You’ve got to be clever to survive.” Mikaela Hyakuya 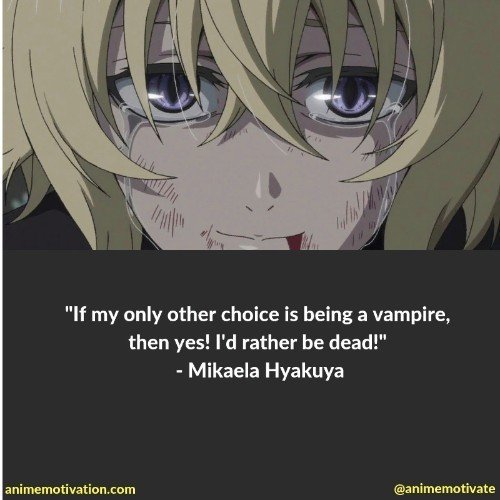 “If my only other choice is being a vampire, then yes! I’d rather be dead!” – Mikaela Hyakuya 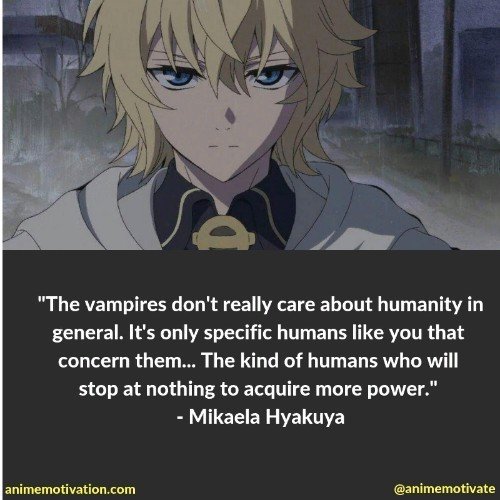 “The vampires don’t really care about humanity in general. It’s only specific humans like you that concern them… The kind of humans who will stop at nothing to acquire more power.” – Mikaela Hyakuya 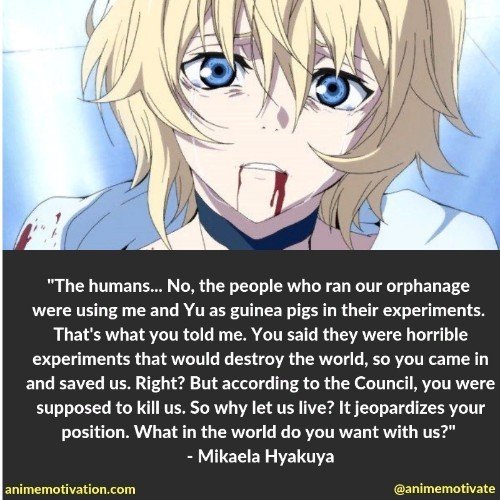 “The humans… No, the people who ran our orphanage were using me and Yu as guinea pigs in their experiments. That’s what you told me. You said they were horrible experiments that would destroy the world, so you came in and saved us. Right? But according to the Council, you were supposed to kill us. So why let us live? It jeopardizes your position. What in the world do you want with us?” – Mikaela Hyakuya 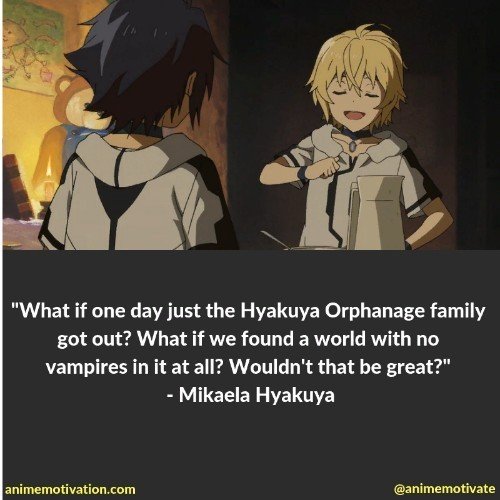 “What if one day just the Hyakuya Orphanage family got out? What if we found a world with no vampires in it at all? Wouldn’t that be great?” – Mikaela Hyakuya 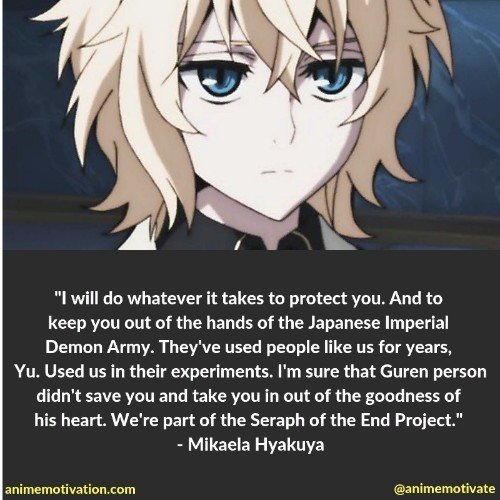 “I will do whatever it takes to protect you. And to keep you out of the hands of the Japanese Imperial Demon Army. They’ve used people like us for years, Yu. Used us in their experiments. I’m sure that Guren person didn’t save you and take you in out of the goodness of his heart. We’re part of the Seraph of the End Project.” – Mikaela Hyakuya 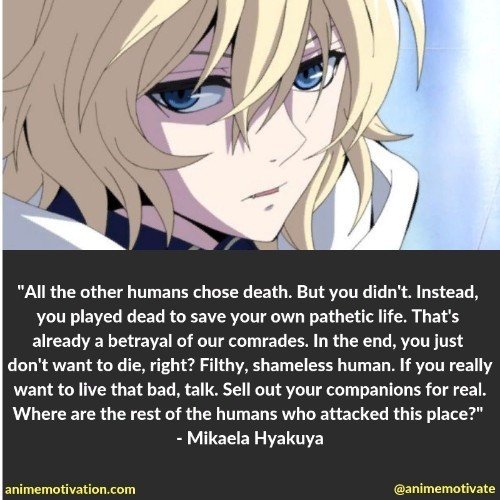 “All the other humans chose death. But you didn’t. Instead, you played dead to save your own pathetic life. That’s already a betrayal of our comrades. In the end, you just don’t want to die, right? Filthy, shameless human. If you really want to live that bad, talk. Sell out your companions for real. Where are the rest of the humans who attacked this place?” – Mikaela Hyakuya 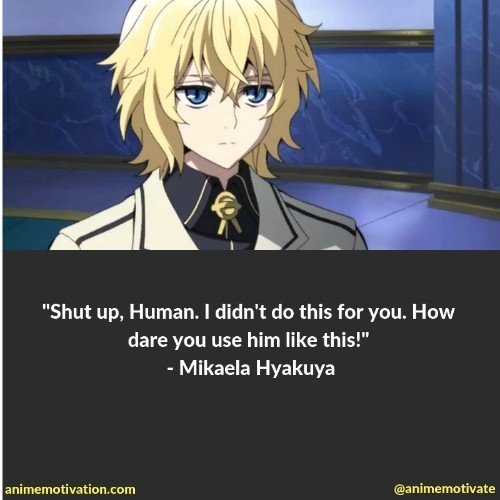 “Shut up, Human. I didn’t do this for you. How dare you use him like this!” – Mikaela Hyakuya 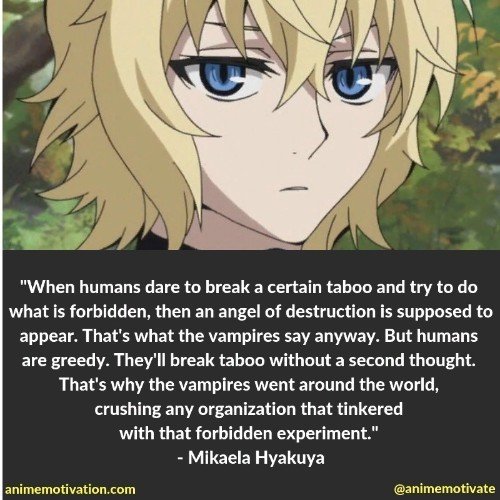 “When humans dare to break a certain taboo and try to do what is forbidden, then an angel of destruction is supposed to appear. That’s what the vampires say anyway. But humans are greedy. They’ll break taboo without a second thought. That’s why the vampires went around the world, crushing any organization that tinkered with that forbidden experiment.” – Mikaela Hyakuya 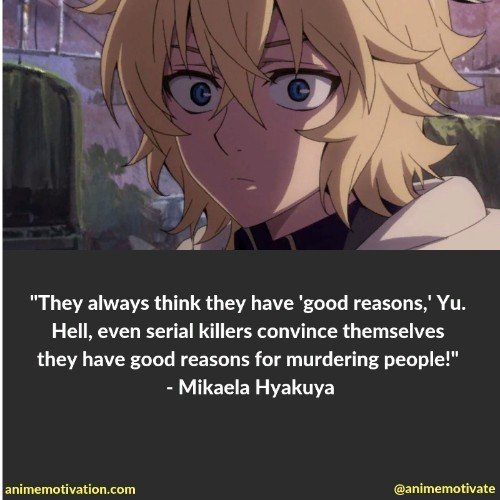