Clannad is one of the trendsetters for with an emotional twist. Especially in a way that’s depressing, related to romance, and tragic.

Season 1 is relaxed, with some emotional moments, but mostly fun, comedy, and a good slice of life.

Season 2 is where things get intense. 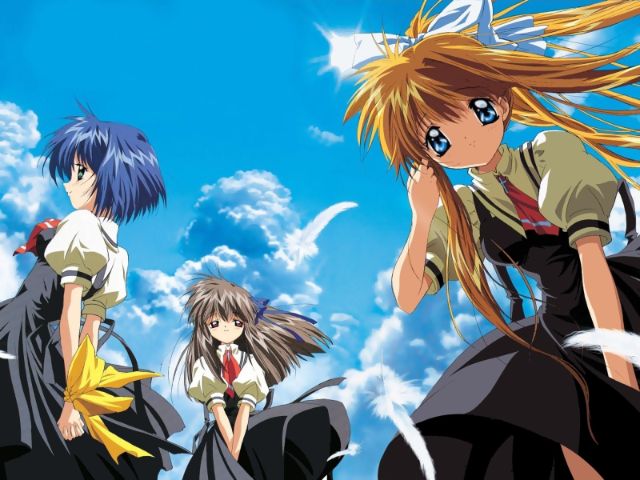 A guy named Yukito meets a girl called Misuzu Kamio by the beach. She’s an odd girl, and that’s clear from a glance.

She’s also the other main character of the series.

From there Yukito ends up living at Misuzu’s home with her mum, and no father in site.

Strange events take place around Misuzu, mysterious events even. And as each episode passes, it becomes clear where things are headed from an emotional point of view.

I’ll avoid spoilers but just like Clannad, there are supernatural elements and it is of course made by Kyoto Animation! 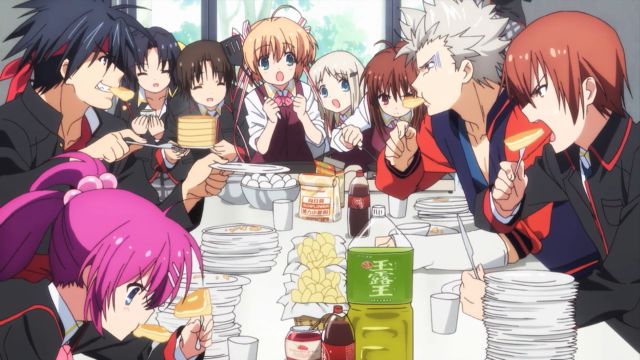 Little Busters is one of the first slice of life shows I ever watched. It’s made by J.C Staff, same studio as the Railgun and Index series.

It’s about Riki, a guy with a condition called Narcolepsy. It’s a real life condition that forces your body to sleep when you experience feelings of relaxation, peace, and things of that nature.

It can happen at any time of the day.

You have the typical scenario where the characters, including Riki, gather members for a team. And the new members are side or secondary main characters.

For a romance/slice of life released in 2013, it’s clearly influenced by Clannad which came about in 2007. And does have a similar vibe as far as its meaningful episodes, characters, and the supernatural elements.

Kanon, like Clannad, is by Kyoto Animation, a studio that’s mastered the slice of life genre.

The is about Yuuichi, and how he seems to have forgotten something important from his past. This gives the plot a mystery element of sorts.

The characters Yuuichi meets, 2-3 girls in particular, play an important role with what comes down the line. And in some cases, the romance and emotional moments.

Seeing as this series released before Clannad, and it’s from the same studio, you’ll feel familiar vibes watching it. And should settle right into it. 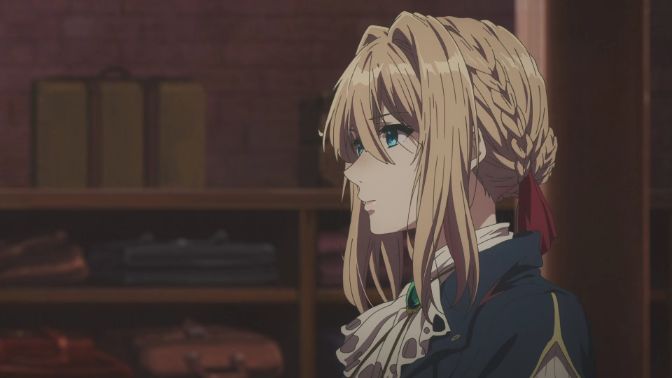 Violet Evergarden is what I call the modern version of Clannad. The animation, the visuals, the art…. It’s one of Kyoto Animation’s best pieces of work.

In fact it’s one of the most gorgeous looking series of all time.

Violet Evergarden is the main character, a pre-war soldier with a mechanical arm. During the war, her major’s last words to her were “I love you”.

Now she’s on a mission to find out what “I love you” actually means. She’s never had any love growing up, and that’s why these words had such an impact on her as a person.

What you end up getting is an emotional journey, episode to episode, of Violet Evergarden healing some of her trauma’s, helping others do the same through her work, and more.

Each episode is stacked with storytelling so good it feels a lot longer than it is. And each episode leaves you with a story and a life lesson that will effect you emotionally. 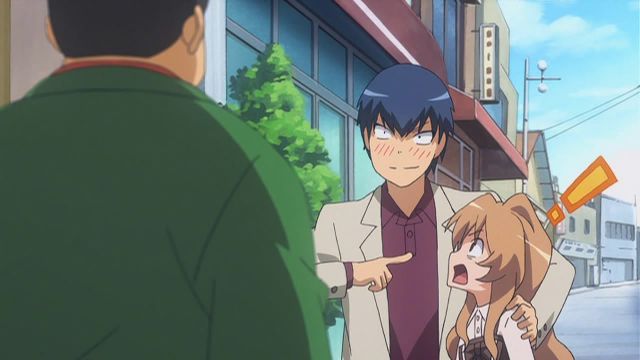 is about Taiga Aisaka, and Ryuuji Takasu, both of who end up romantically involved.

Taiga comes across as an aggressive, bad mouthing little sh*t in the early stages. A cliche Tsundere in the worst ways possible.

Ryuuji puts up with her nonsense initially, but it’s from episode 5 onwards where things start to shift and become more serious.

Backstories get revealed, character developments takes place, and the story finally starts to grab you.

If we’re talking about the “rom com” aspect, is the funnier one. But in general it’s a good comparison to Clannad. 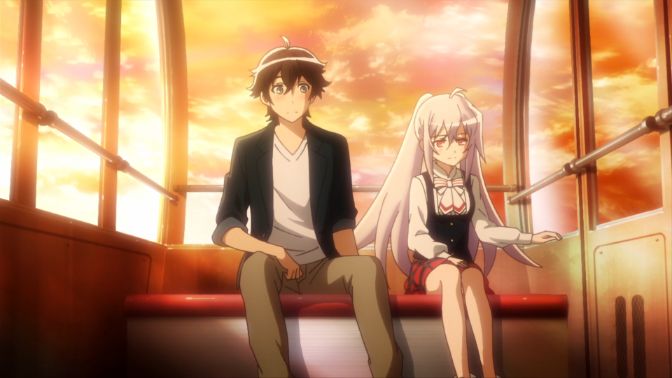 Plastic Memories is a romance series MORE fans should watch. Few can claim to have so much emotional impact the way this does.

The story’s about Isla, an android girl with a synthetic soul, and Tsukasa, the MC who works with her.

Androids in this series end up reaching an expiration date. Once that happens, they need to be deactivated to avoid problems down the line.

This is the job of Tsukasa and Isla, and other characters with android partners under the company they work for.

The is guaranteed to make you feel something, especially sadness. But even so, the comedy is surprisingly wholesome despite how the is written. 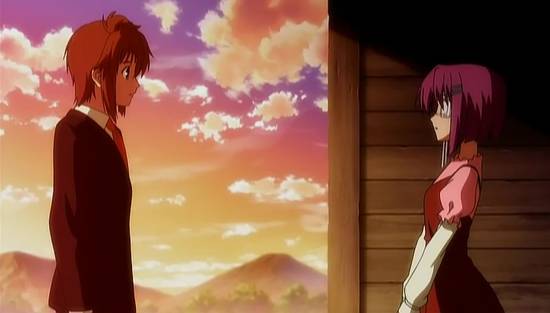 There’s two versions to this series. Ef: A Tale Of Memories is the first one.

The is about Chihiro, a girl with an eye patch who loses her memory every 24 hours. It’s supposedly a condition, but a fictional one.

She keeps a journal so she can record everything that’s ever happened in her life, down to the last details. This is so she can understand what she’s forgotten, including her own name.

As you can see this is a MAJOR part of this series and the sadness that comes with it. On top of the romance that comes later.

It’s an that’s compared to Clannad a lot, and that shows in its designs, how its written, and the aim of the story.

Fruits Basket starts out with Tohru Honda who’s now homeless after the death of her mother. But she’s taken in by the Sohma family.

The Sohma Family are basically made up of members of the Chinese Zodiac (rat, snake, etc). When hugged, they turn into the animal they represent.

Being a slice of life with Shoujo/romance elements, emotions eventually roll around and they’re written better than some comparable shows.

The was redone and is now the top #5 of all time on MyAnimeList. 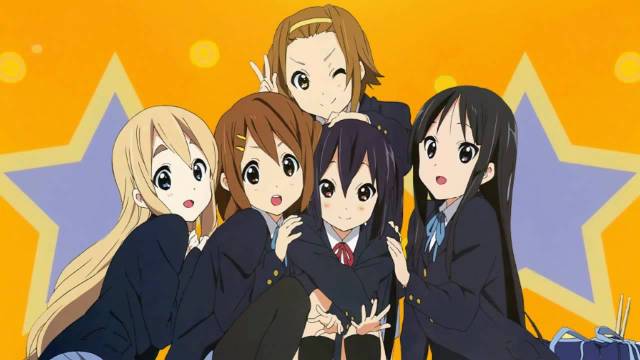 K-On is a pure slice of life/comedy series. There’s no romance here at all, but it still has close ties to Clannad.

4 girls get together, create their own band, make music for fun, drink tea, and eat cakes while on break at school. There’s no real plot here.

They eventually invite a 5th member who adds some balance to the madness and the “ girls doing things”.

K-On is responsible for the MOE genre and the art style that stems from it.

10+ Anime Like Cells At Work You Need To Consider