is one of my favorite shows of all time. And easily one of the best in the adventure/magic genre.

Not to mention Shounen as well.

The main character Lina Inverse is a mage who seemingly does what she wants, lives life for herself, and ends up in a lot of trouble at times.

She’s joined by a swordsman, a mage who’s a princess, and a man who’s turned into a half rock golem. 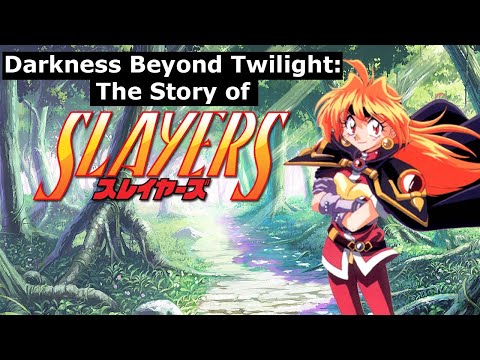 It first aired in the 1990’s and is one of the influences of modern today. Especially as far as gags, comedy, power structures and breaking the 4th wall.

Let’s talk about relevant that are similar to !

has similar characteristics to . You have a dragon slayer called Dragneel.

being the way he is tends to be a rebel, just like Lina Inverse. And ‘s joined by other guild members with unique magic abilities.

Some people complain about Faiiry Tail’s fan service but it’s ironically one of its highlights and strengths you could say.

More than anything else though, the adventures, the world building, how characters interact with each other, and the emotions are ‘s assets.

It’s one of the most enjoyable adventure there is.

Peach Boy Riverside is an that started airing in July 2021. It’s about ogres, humans, and many other races of people.

The main focus is the “peach boy” and a peach girl. Both called Kibitsu Mikoto and Sally.

Both have lived very different lives, but there journeys always cross as they go about their travels. Not to mention the battles they end up in.

Peach Boy Riverside isn’t as wild as , but the world itself, how it works, and the adventure aspect is similar.

Relevant: 11 + Of The Greatest Anime Like Peach Boy Riverside 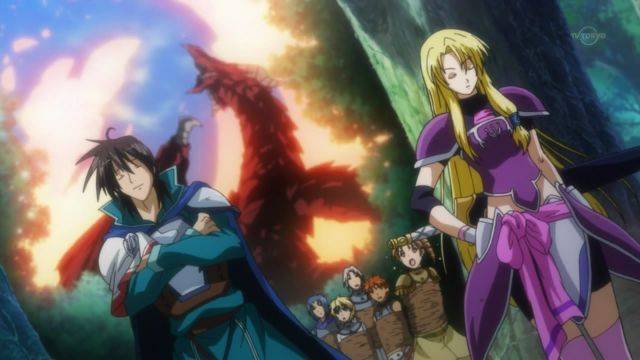 The Legend Of The Legendary Heroes is about Ryner Lute, a man who’s seemingly thrown in jail. He’s lazy, laid back, and doesn’t take much seriously.

He has a hidden power that once it awakens, is able to rip apart anyone he comes into contact with. A savage ability he has no control over.

Aside from this element, Ryner and a female swordsman travel together and go on adventures. Similar to Lina Inverse and Gourry in .

The world as far as technology is similar as well, with the level of violence and the plot itself having differences.

Relevant: 15+ Of The Greatest Historical Anime Series With Their Own Vibe

Surprisingly, Konosuba (or Kono Subarashii) has strong similarities to , despite being different .

Konosuba is about Kazuma’s life in a new world, and the ‘s constant mockery of modern cliches and tropes.

Konosuba is all about parody and comedy. That’s the backbone of the series aside from the adventures between Kazuma, an protagonist, and 3 girls he meets in another world.

If there’s one trait the main characters of each series share, it’s their straightforward attitude and unwillingness to compromise their values.

is an old school series, one of the main influences for the modern era of . It’s about Kagome, a girl who falls into a well and ends up in a historical period of Japanese history.

Meeting , they both travel together to find the sacred jewels which is critical for peace in this world.

The romantic aspects to this series are some of the best you’ll see in . Along with the adventures between the main characters, some action, and the 100+ episodes packed into it.

will always be a classic and deserves recognition.

Relevant: The REAL Reason Why Isekai Anime Is So Popular, And How It Started

Magic Knight Rayearth is an series made in the 1990’s, and is another inspiration in the genre.

It’s about 3 girls who coincidentally get transported to another world when they run into each other at Tokyo Tower.

They’re summoned to save the world Cephiro from destruction, but the story gets deeper than that and reveals a slightly darker side as to what’s going on.

This show is many things. Shoujo, Mecha, Adventure, Comedy, and more. But it manages to do a good job of it all without compromising.

It’s similar to , but more laid back when it comes to the comedy and action elements.

is an OG in the adventure/shounen genre. It’s been running for years and hasn’t stopped since.

It might not be a magic series, but there’s so many crossovers between and that it has to be mentioned here.

The adventure aspects of is its biggest asset in my eyes. But then you also have characters like Luffy, and his goal to become a pirate king.

His simpleminded personality can trick fans into thinking that’s all there is to him. There’s much more to it than the surface level details.

That applies to in general, and fans of should definitely try it. And vice versa.

is so similar to , with the exception of its focus on KI instead of magic.

Seriously, the list goes on and on. There’s a lot to compare between the two.

I call  the female version of because it has a female lead instead of a male lead.

It’s too bad hasn’t had any new updates for years because it has the material for another adaptation.

is a Shounen series with a female lead, like . And it’s one of the best ones out there.

Made by J.C Staff and adapted from a novel, the is about a world full of demons, humans, flame haze who destroy demons, and “torches”. Which are humans who’ve yet to pass on.

If a human is consumed by a denizen (demon) and they die, their existence is deleted and no one will remember them.

It’s one of the darkest elements to this franchise.

With a female lead who grows and develops (3 seasons), and a male protagonist who compliments her, you get some solid romance, action, and world building.

It’s an that’s in desperate need of a remake.

Soul Eater is another classic with a female lead.

Made in the 2000’s and one of the most respected Shounen, it was worked on by Studio Bones. One of the best.

It’s about Maka Albarn, a Miester who fights alongside others to collect Kishin eggs. It helps Miesters grow stronger.

The ending of this series isn’t the best, but the itself, the art, characters and comedy is still fresh. Even in 2021.

There’s less adventure compared to , but it’s an fans of either series should consider (vice versa).