World Trigger is a supernatural series produced by Toei Animation. One of the most legendary companies in the business.

With over 70+ episodes World Trigger has some quotes that are relevant and worth sharing here.

Here are the best lines from World Trigger. 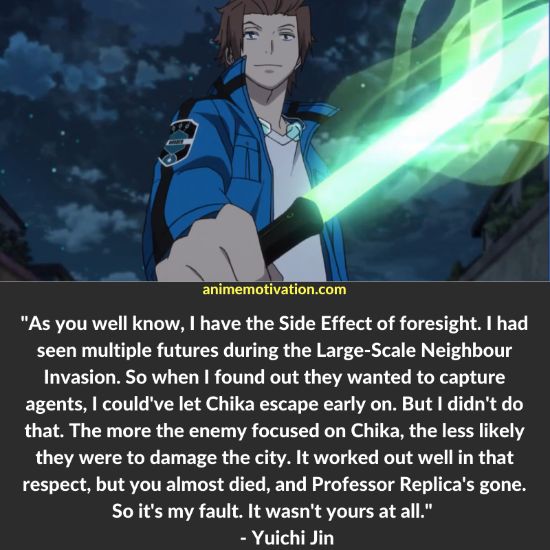 “As you well know, I have the Side Effect of foresight. I had seen multiple futures during the Large-Scale Neighbour Invasion. So when I found out they wanted to capture agents, I could’ve let Chika escape early on. But I didn’t do that. The more the enemy focused on Chika, the less likely they were to damage the city. It worked out well in that respect, but you almost died, and Professor Replica’s gone. So it’s my fault. It wasn’t yours at all.” – Yuichi Jin 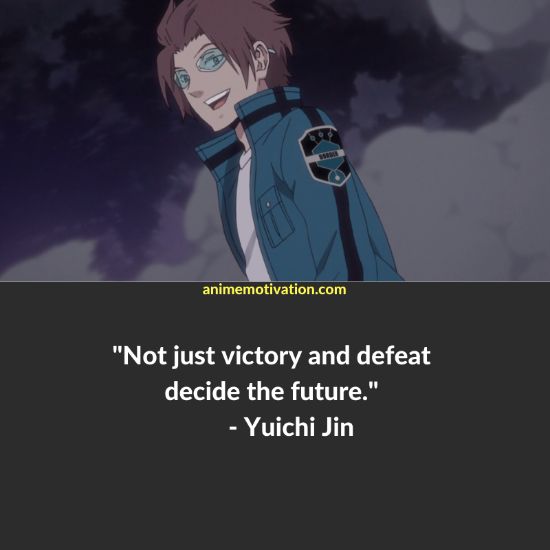 “Not just victory and defeat decide the future.” – Yuichi Jin 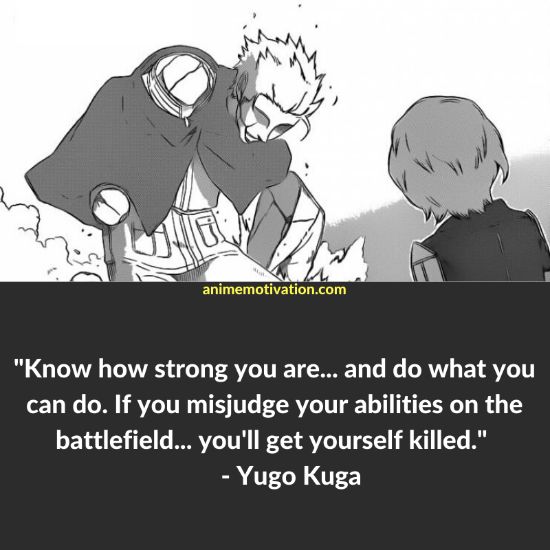 “Know how strong you are… and do what you can do. If you misjudge your abilities on the battlefield… you’ll get yourself killed.” – Yugo Kuga 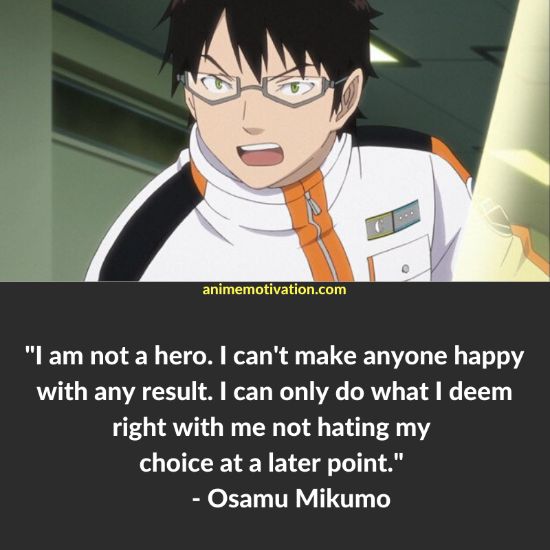 “I am not a hero. I can’t make anyone happy with any result. I can only do what I deem right with me not hating my choice at a later point.” – Osamu Mikumo 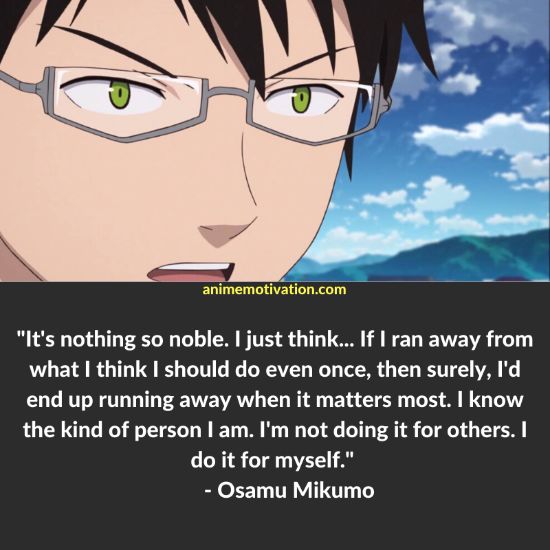 “It’s nothing so noble. I just think… If I ran away from what I think I should do even once, then surely, I’d end up running away when it matters most. I know the kind of person I am. I’m not doing it for others. I do it for myself.” – Osamu Mikumo 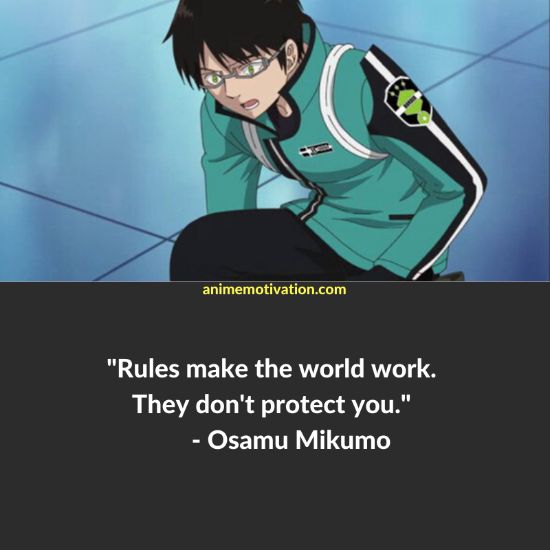 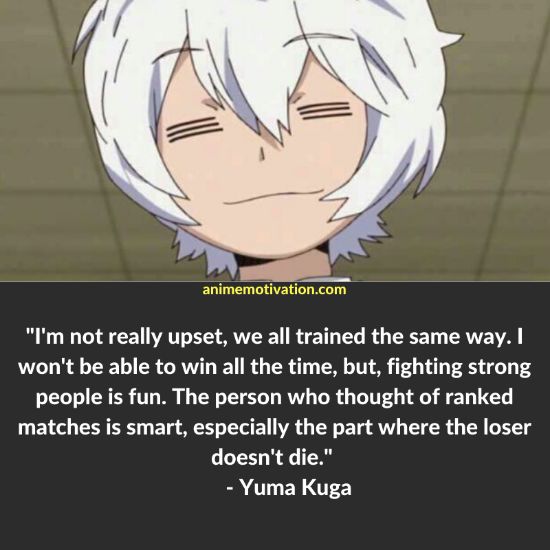 “‘I’m not really upset, we all trained the same way. I won’t be able to win all the time, but, fighting strong people is fun. The person who thought of ranked matches is smart, especially the part where the loser doesn’t die.” – Yuma Kuga 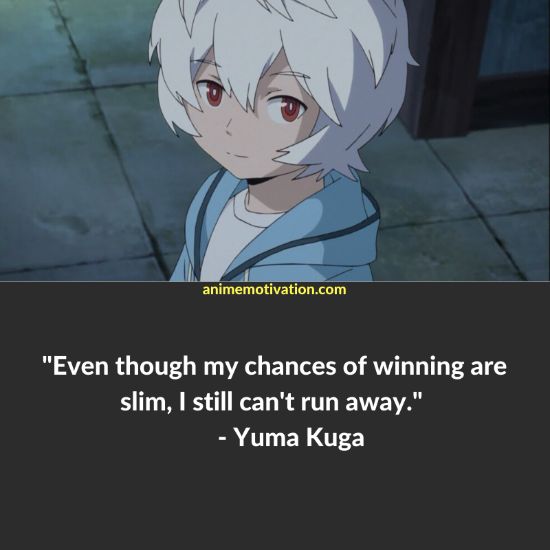 “Even though my chances of winning are slim, I still can’t run away.” – Yuma Kuga 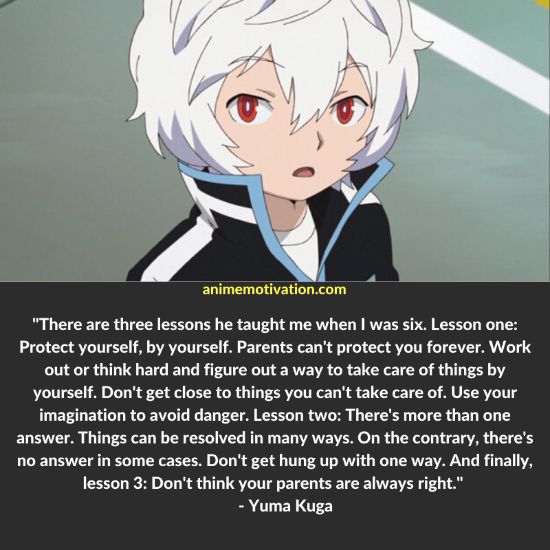 “There are three lessons he taught me when I was six. Lesson one: Protect yourself, by yourself. Parents can’t protect you forever. Work out or think hard and figure out a way to take care of things by yourself. Don’t get close to things you can’t take care of. Use your imagination to avoid danger. Lesson two: There’s more than one answer. Things can be resolved in many ways. On the contrary, there’s no answer in some cases. Don’t get hung up with one way. And finally, lesson 3: Don’t think your parents are always right.” – Yuma Kuga “Everything will be ok, Osamu-kun probably doesn’t care about these things. “This is something I decided to do myself, this isn’t something you should worry about” is what he’ll probably say.” – Chika Amatori 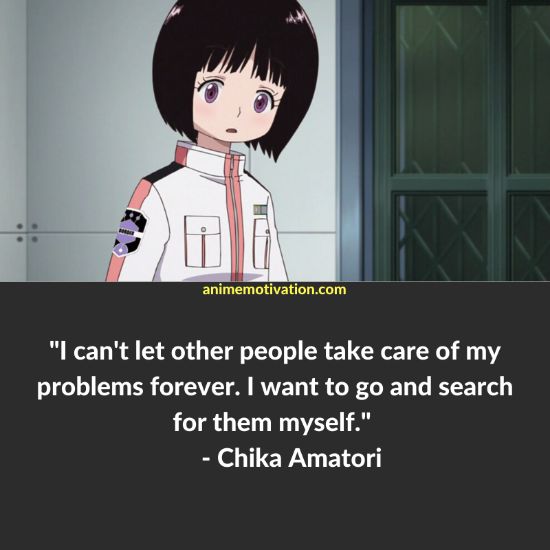 “I can’t let other people take care of my problems forever. I want to go and search for them myself.” – Chika Amatori 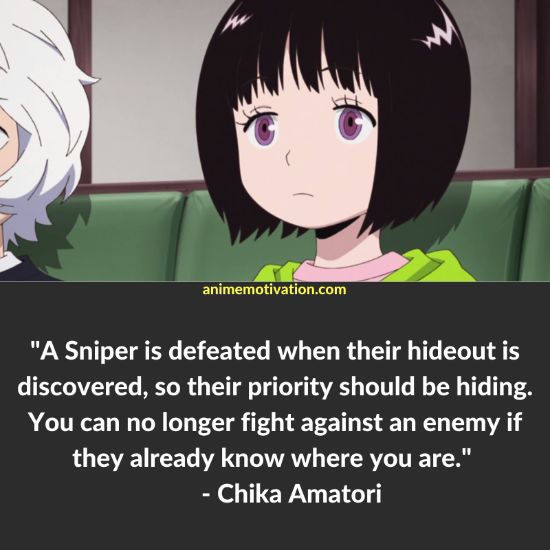 “A Sniper is defeated when their hideout is discovered, so their priority should be hiding. You can no longer fight against an enemy if they already know where you are.” – Chika Amatori 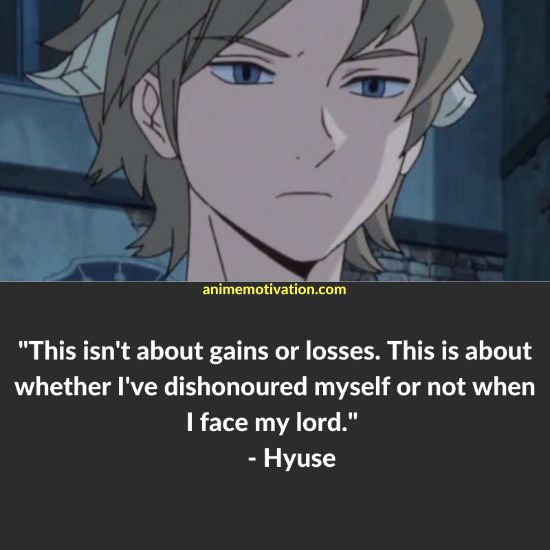 “This isn’t about gains or losses. This is about whether I’ve dishonoured myself or not when I face my lord.” – Hyuse “Jin, remember that bet we made? I’m using that privilege now. No matter how you may do it, get me back to Aftokrator.” – Hyuse 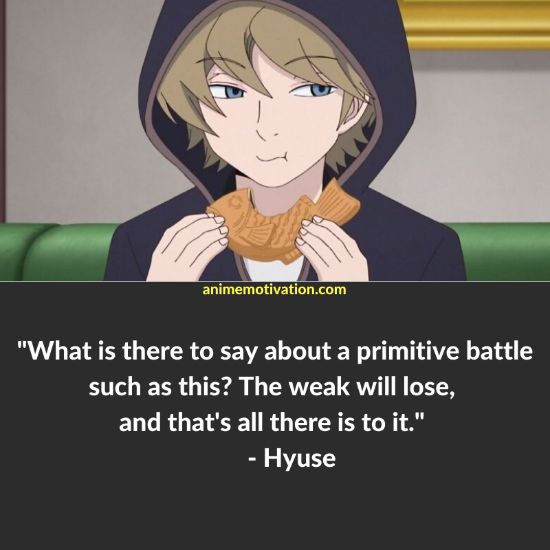 “What is there to say about a primitive battle such as this? The weak will lose, and that’s all there is to it.” – Hyuse