The Journey Of Elaina quotes taken from characters:

The Journey Of Elaina, or “The Wandering Witch Elaina” is an adventure series with similarities to Kino’s Travels.

With each journey brings something new. Whether it’s experiences, knowledge, or life lessons.

This is what gives the  depth with its quotes and adventures.

Let’s get into the best quotes from the characters. 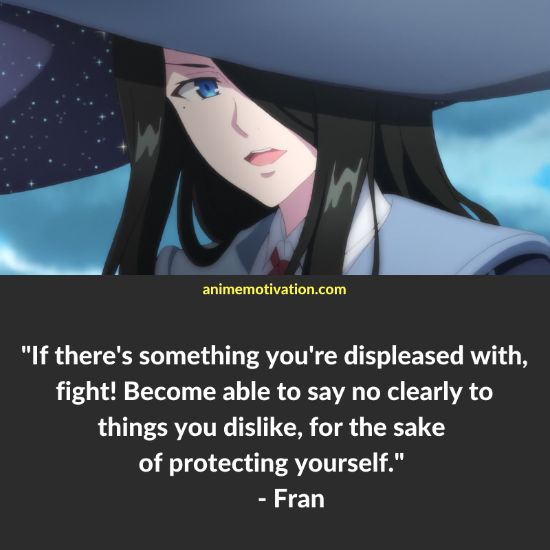 “If there’s something you’re displeased with, fight! Become able to say no clearly to things you dislike, for the sake of protecting yourself.” – Fran 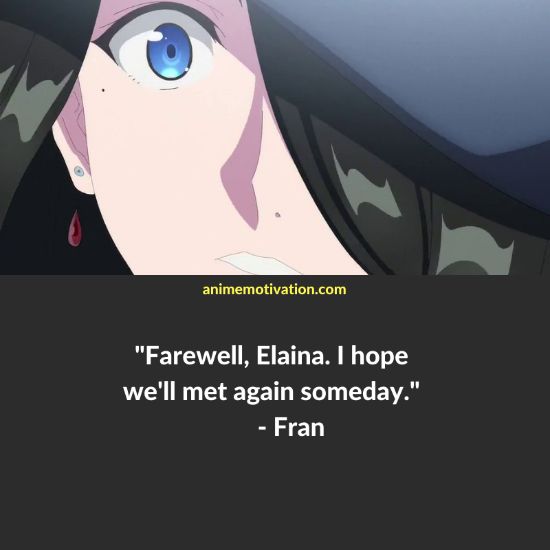 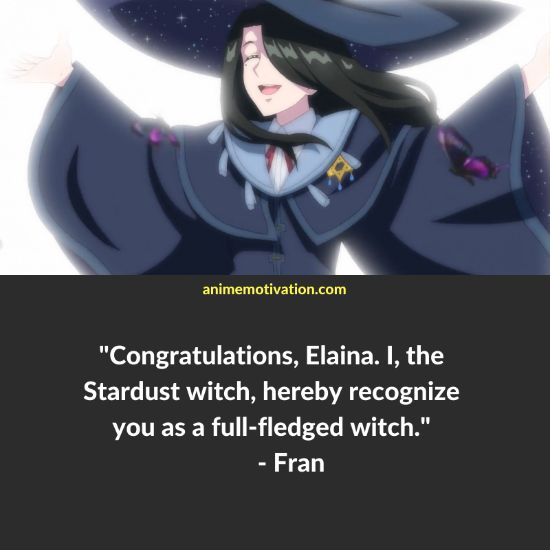 “Congratulations, Elaina. I, the Stardust witch, hereby recognize you as a full-fledged witch.” – Fran 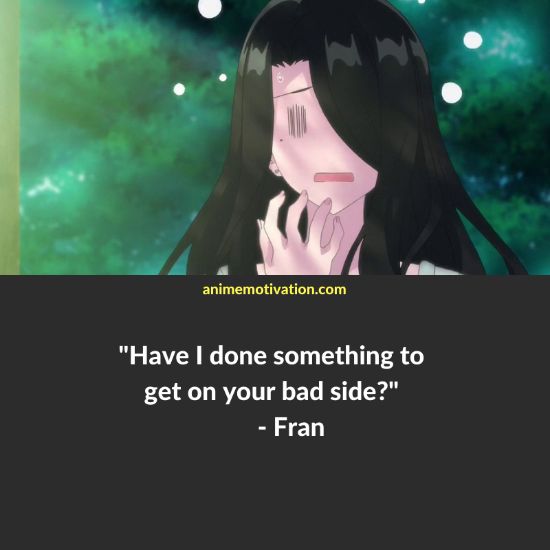 “Have I done something to get on your bad side?” – Fran 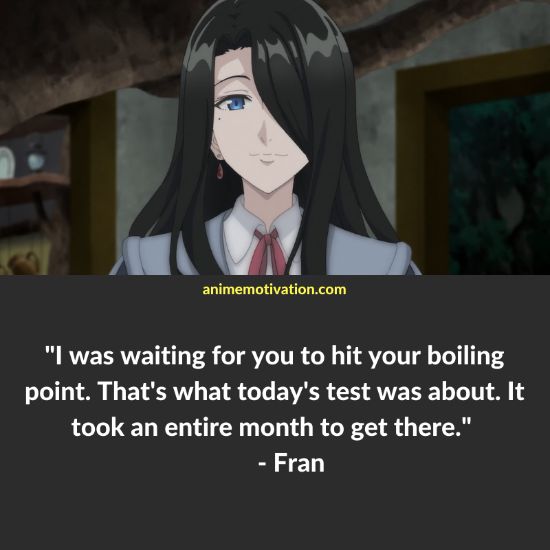 “I was waiting for you to hit your boiling point. That’s what today’s test was about. It took an entire month to get there.” – Fran 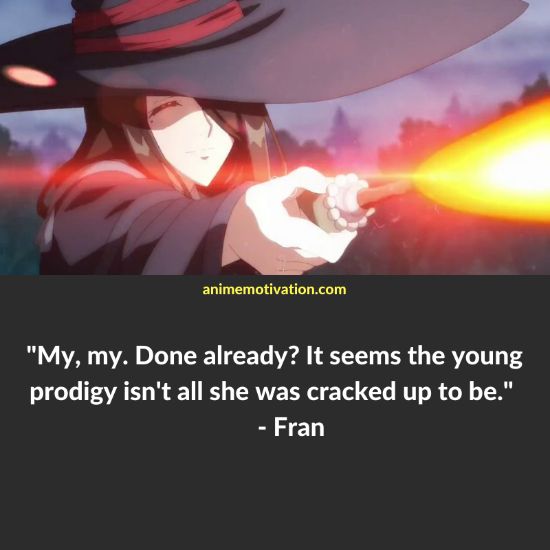 “My, my. Done already? It seems the young prodigy isn’t all she was cracked up to be.” – Fran 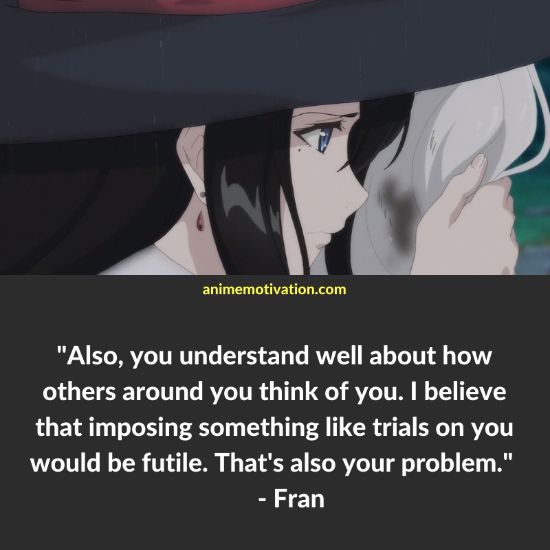 “Also, you understand well about how others around you think of you. I believe that imposing something like trials on you would be futile. That’s also your problem.” – Fran 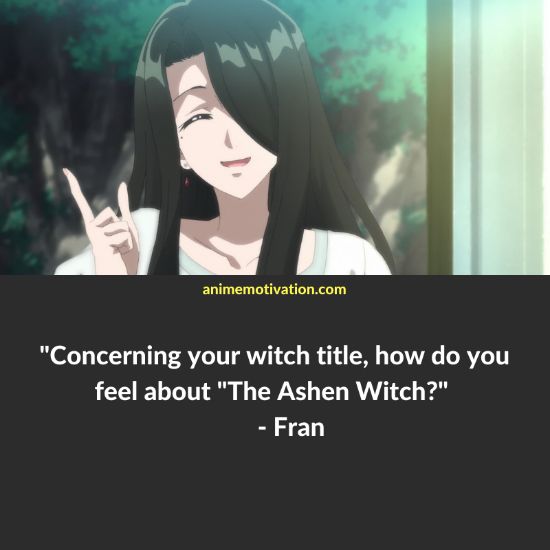 “Concerning your witch title, how do you feel about “The Ashen Witch?” – Fran 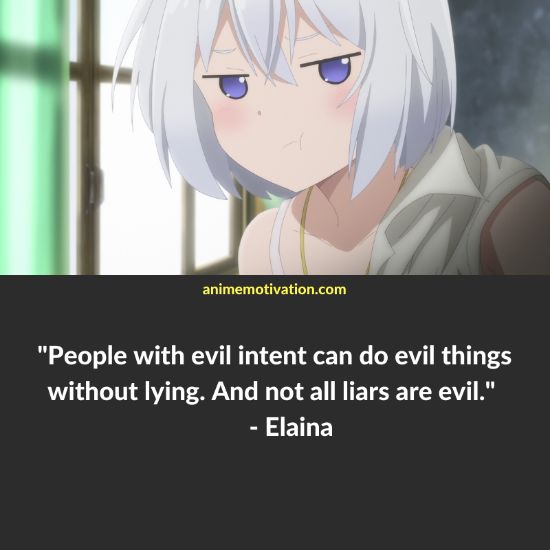 “People with evil intent can do evil things without lying. And not all liars are evil.” – Elaina 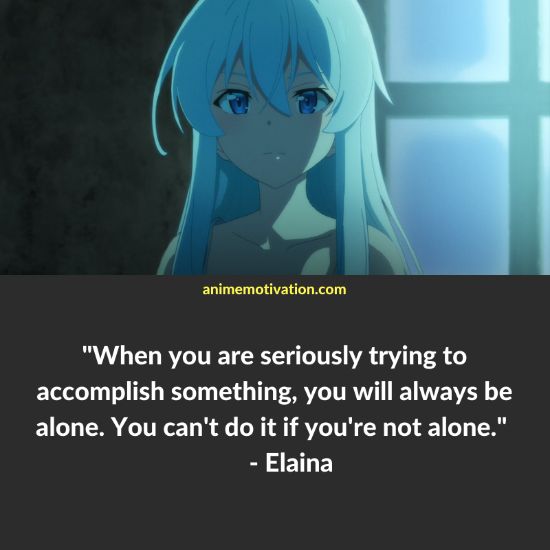 “When you are seriously trying to accomplish something, you will always be alone. You can’t do it if you’re not alone.” – Elaina 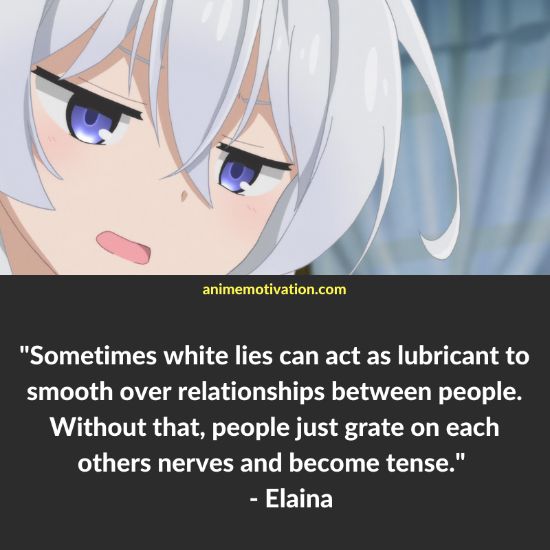 “Sometimes white lies can act as lubricant to smooth over relationships between people. Without that, people just grate on each others nerves and become tense.” – Elaina 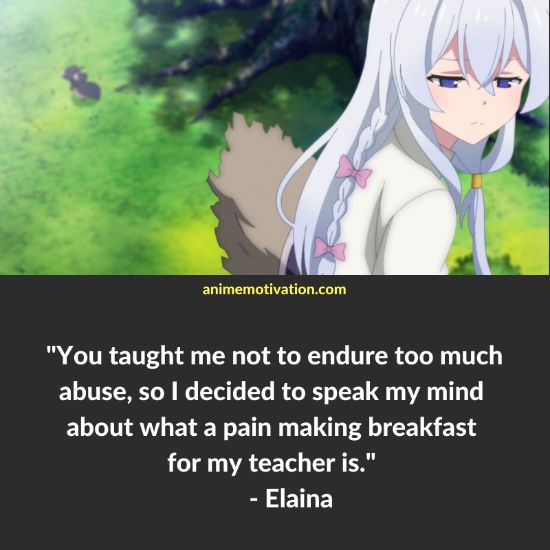 “You taught me not to endure too much abuse, so I decided to speak my mind about what a pain making breakfast for my teacher is.” – Elaina 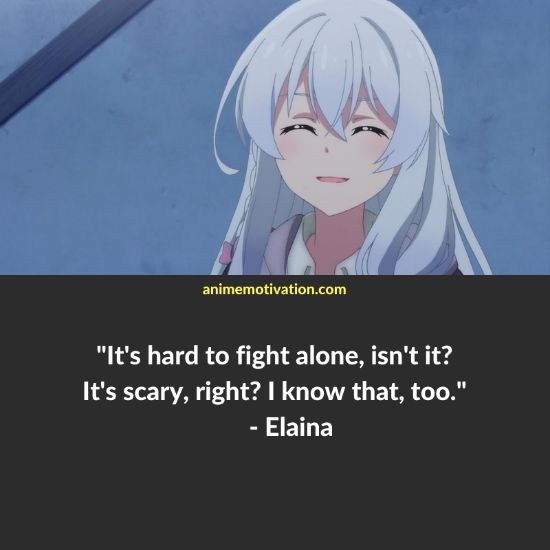 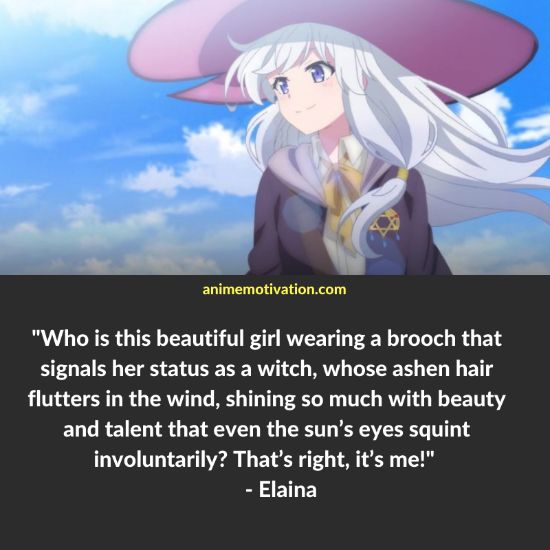 “Who is this beautiful girl wearing a brooch that signals her status as a witch, whose ashen hair flutters in the wind, shining so much with beauty and talent that even the sun’s eyes squint involuntarily? That’s right, it’s me!” – Elaina 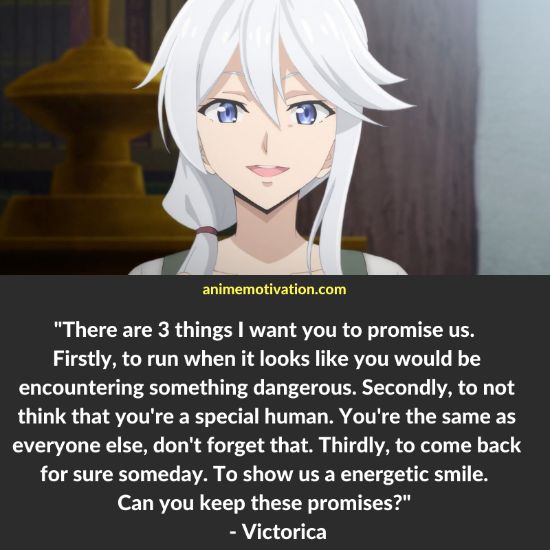 “There are 3 things I want you to promise us. Firstly, to run when it looks like you would be encountering something dangerous. Secondly, to not think that you’re a special human. You’re the same as everyone else, don’t forget that. Thirdly, to come back for sure someday. To show us a energetic smile. Can you keep these promises?” – Victorica, Elaina’s mother 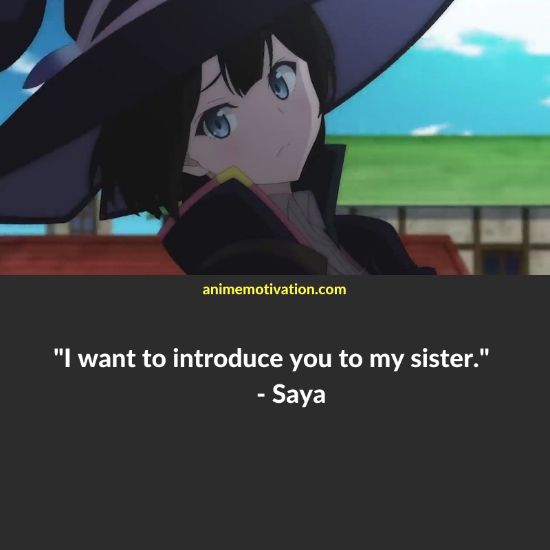 “I want to introduce you to my sister.” – Saya 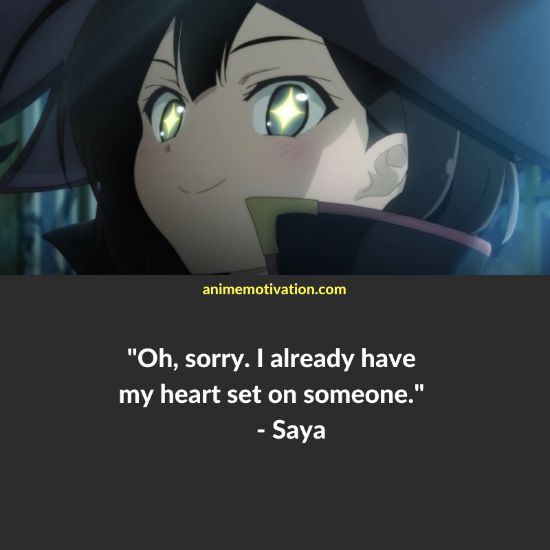 “Oh, sorry. I already have my heart set on someone.” – Saya 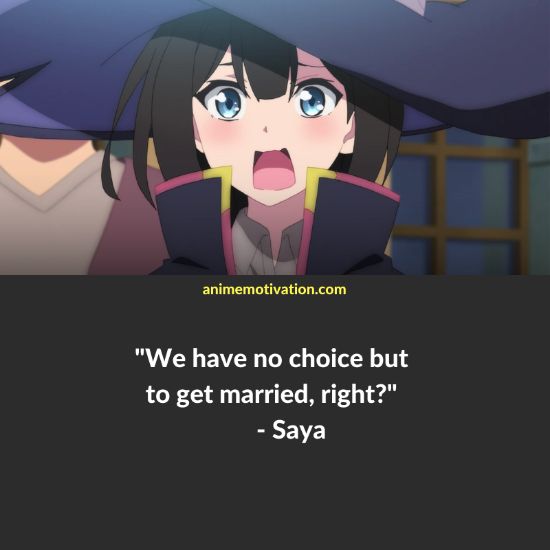 “We have no choice but to get married, right?” – Saya