The Girl Who Leapt Through Time Quotes from the following characters:

The Girl Who Leapt Through Time is an anime movie with some thought-provoking lines. And inspiring quotes that will leave an impression on you after watching it.

Let’s focus on that in this post so you can come back and forth for inspiration whenever you need it.

A List Of Quotes From The Girl Who Leapt Through Time: 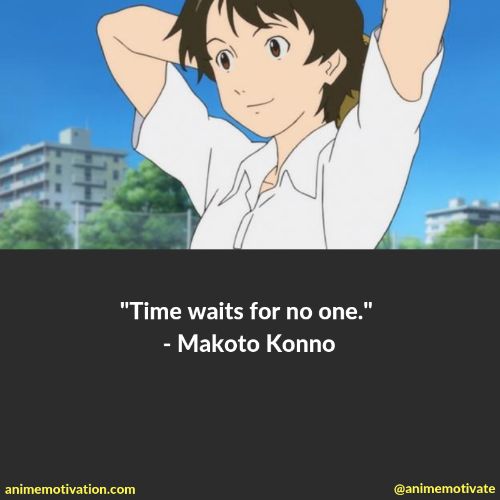 “Time waits for no one.” – Makoto Konno 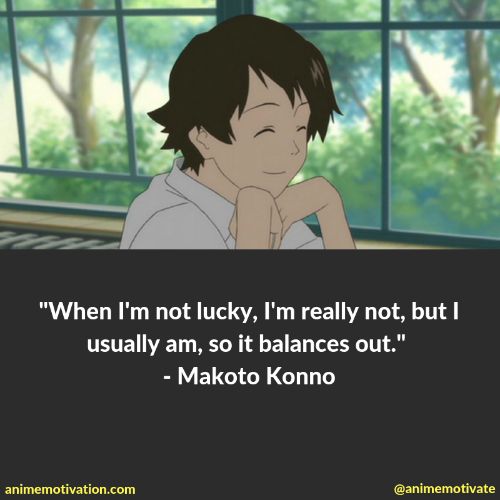 “When I’m not lucky, I’m really not, but I usually am, so it balances out.” – Makoto Konno 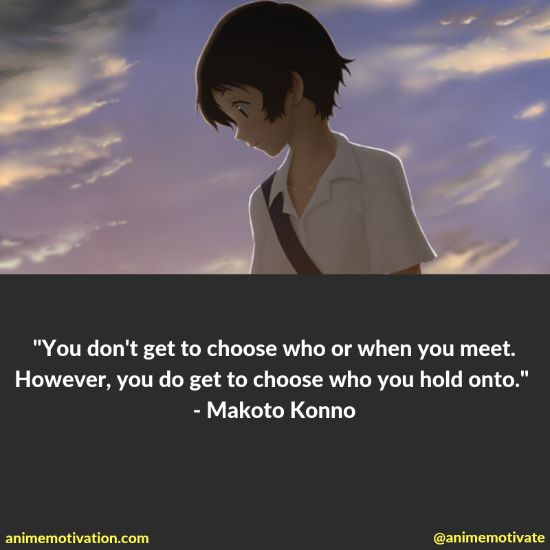 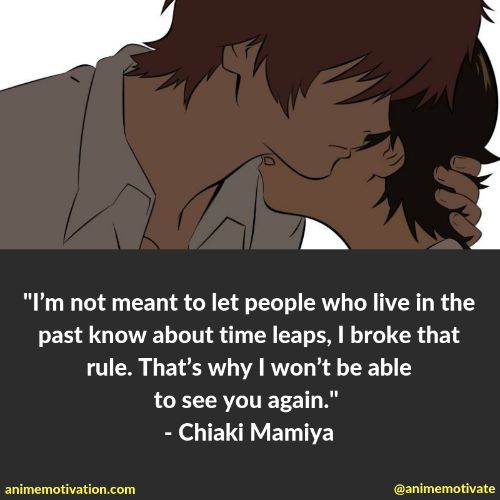 “I’m not meant to let people who live in the past know about time leaps, I broke that rule. That’s why I won’t be able to see you again.” – Chiaki Mamiya 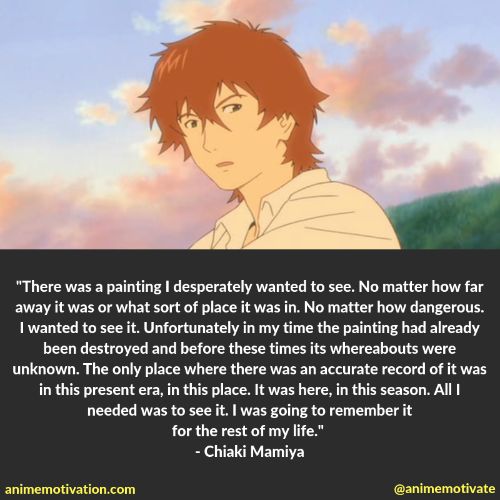 “There was a painting I desperately wanted to see. No matter how far away it was or what sort of place it was in. No matter how dangerous. I wanted to see it. Unfortunately in my time the painting had already been destroyed and before these times its whereabouts were unknown. The only place where there was an accurate record of it was in this present era, in this place. It was here, in this season. All I needed was to see it. I was going to remember it for the rest of my life.” – Chiaki Mamiya 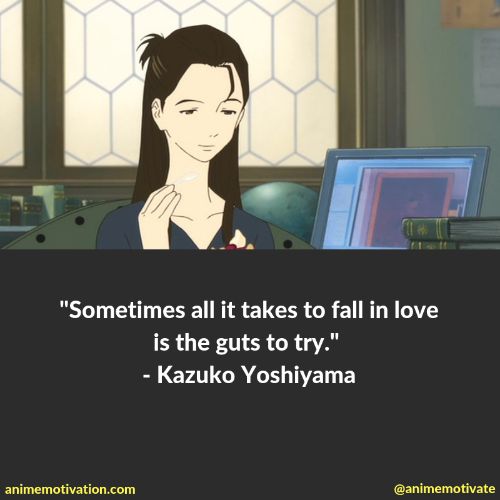 “Sometimes all it takes to fall in love is the guts to try.” – Kazuko Yoshiyama 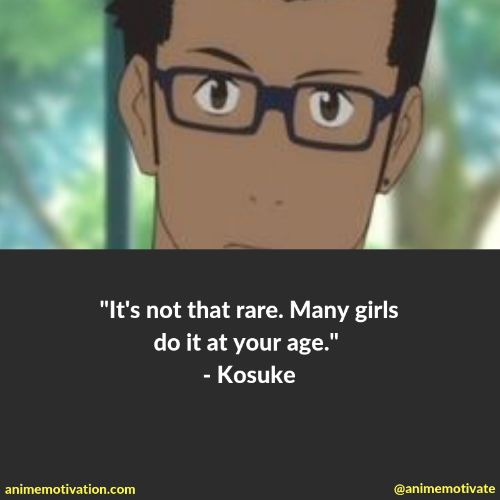 “It’s not that rare. Many girls do it at your age.” – Kosuke

20 Of The Best Charlotte Quotes To Remember The Anime