There might NOT be an enormous list of rappers who like . Maybe that’s because some rappers are afraid to “come out” the closet since carries a negative stigma.

But whatever the reason, there are STILL a lot of “confirmed” rappers who either:

So in this post we’re gonna focus on these types of rappers. Whether they’re from the USA or the UK.

The Hip Hop industry has a long history with within the , lyrics and inspired videos. So it’s only right to talk about it. 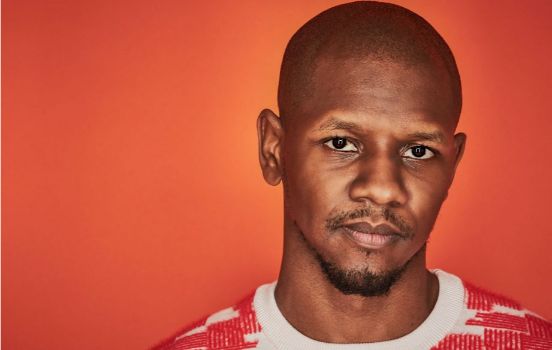 Giggs is a UK rapper from Peckham in South London.

One of the first that helped him “blow up” was talking the hardest.

It samples the instrumental from Stat Quo’s “Here We Go” beat.

Tons of times Giggs has referenced in his , especially shows like .

In fact – not only has he mentioned it in interviews and lyrics like the freestyle: “make his head light up like a Super Saiyan”, but Giggs has even cosplayed Piccolo from !

And then there’s the picture with Vegeta from !

I think that’s proof enough that man like Giggs is a legitimate fan. 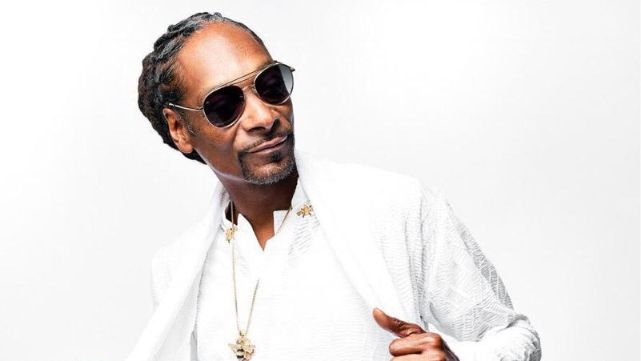 Snoop Dogg doesn’t always talk about . But when he does its clear he’s a little “deep” into whatever he’s referencing.

A couple of examples that show Snoop’s love for is in his tweet with Neptune from Hyperdimension Neptunia.

And also one of his Instagram posts where he animated himself as “” smoking weed. Naming it Snoopruto.

And as a seasoned fan, you can tell Snoop’s keeping it real and his interest is genuine.

It’s not for show or anything you tend to see from certain celebrities.

In one of Hopsin’s he mentions Ash Ketchum from Pokemon. Though this by itself doesn’t guarantee he’s a fan of .

“You just a sperm cell that climbed up out of your dads rectum, muh’f*cker I got balls like I’m Ash Ketchum”.”

I do have the sneaking suspicion that Hopsin likes on a low-key. Even if he’s not the biggest fan.

Sahbabii is a rapper from Atlanta you might not know of. But that’s irrelevant here.

Sahbabii made an obvious song that proves his love for . And that song is “ World”.

As you can imagine based off the title, this song is focused on and relates back to it. I think that’s enough of a reason to believe and see how much influence has on Sahbabii as a rapper.

No different to your average anime fan in the community.

In his song: Refined, Robb Bank$ spits the lyric:

“With f*ckin’ sand covering our bodies, I feel like muhf*cking Gaara.”

That line says a lot about ’s influence on Robb Bank$, even if it’s specifically from “”.

Robb Bank$ was even asked about his thoughts on over . He said:

“, I gotta say. People be hating me for that sh*t but people are biased when they say ,” Bank$ said. “It’s only because that’s the first they watched.

It was great, Goku, blah blah blah, but it’s an old-ass , man. That shit is old as f*ck. Plus, has a better story than . is really one of the best animes I’ve ever read in my life.”

seems to be his main influence.

In Childish Gambino’s song: “My Shine”, he references with the lyrics:

In general he’s a fan of , even if not as much as some other rappers on this list.

Lil Uzi Vert tweeted the news about last year, with crying emoji’s plastered all over the tweet.

This implies he knows a LOT about as an series.

And then there’s the references to in the song “New Patek”.

“Throwing gang signs up, ’. ‘Put metal in my nose like Pain.”

He’s clearly one of the biggest rapper fans on this list.

Vi Seconds is another rapper like Sahbabii who’s made dedicated to itself.

In Vi Seconds case, he has the song “The best rap ever” on his YouTube channel. With lyrics taken from Bleach, , and other series and characters. 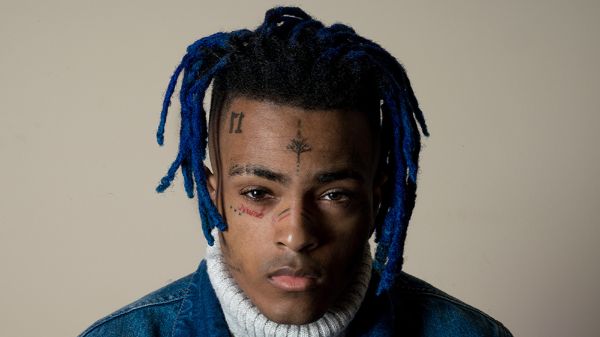 XXXTentacion, the rapper who was assassinated in June 2018 had LOVE for the industry. And was one of the biggest fans in the hip hop community.

It makes sense since he’s of the younger generation.

He has a song named Inuyasha which we all know is the name of an with the same name.

In fact – he even had a MAL profile with 279 shows completed to his name.

And a bunch of other can be found on his MAL page.

And his FAVIORITE were:

XXXTentacion was clearly a dedicated fan outside of his .

The last he reported on was in 2016, according to his MAL profile. 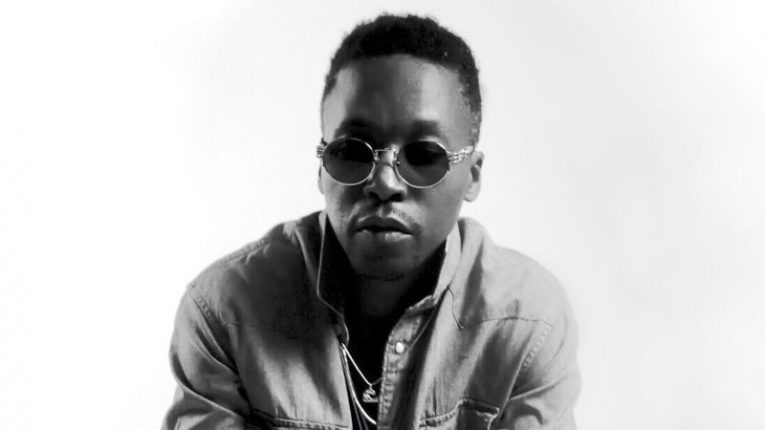 Lupe Fiasco is serious about his interest in . So serious he went on to question Childish Gambino’s legit interests in .

As childish as it may be, Lupe Fiasco’s interests in are solidified. And he’s referenced (and other lines) many times. 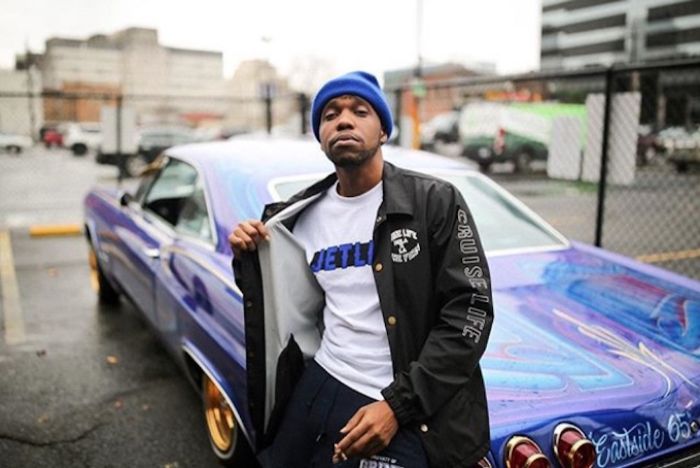 This rapper sampled an voice clip for his song “Full Metal”. Any fan with a brain knows this is an obvious reference to “”.

It could even be a reference to Full Metal Panic, but the influence has already been established. Since Alphonse’s English VA is heard in the voice clip.

“Brother hasn’t been dead for long. Look there’s still some color in his face…His soul is probably still at the gate. I just have to pull it back, the same way he did.”

Related: The Most Popular Anime Songs Of All Time, According To YouTube

In the song “Shooting Moves” Danny Brown the rapper mentions Goku and in a couple of lines. Showcasing his interest in the series.

Not surprising since is big in the black community, and the community in general.

Danny Brown is also a fan of Bleach, too.

In Denzel Curry’s song: “Dark Tournament”, he drops all sorts of references that only an fan would know about. Legitimizing his interests in .

And there are the lyrics:

“Killer, killer, killer, hitlist or that /Autographed by Justin Bieber, the future like HR Giger/Left hollow like Ichigo, Grim Reapers, and Soul Eaters.”

Richie Branson uses hashtags like “Otaku Tuesdays” and even made an dedicated Hip Hop album to show his love for .

In fact – he even made a song called “Bring Back Toonami” on YouTube.

Frank Ocean, the famous singer/rapper is known for dropping references throughout his .

He’s a little more subtle than most artists. But anyone with enough wit and understanding of can see it’s clear Frank Ocean likes .

This lyric stands out:

“his great grey matter/ Sensei replied, what is your woman/Is she just a container for the child/ That soft pink matter/ Cotton candy Majin Buu.”

Pharrell’s 2014 video for his song “It Girl” was produced by Japanese designer – Takashi Murakami.

The video is animated and highlights harems, dating and much more throughout the video.

The same thing happened in his song “Jellyfish Eyes” where Hatsune Miku appears in the video.

Ro Ransom has a clear interest in Soul Eater and Yugioh. As these are the references he’s made in 2 of his .

“Two girls with me like I’m Death the Kid.”

And one set of lyrics from Jayex Let The Beat Build goes like:

“She got blue eyes, does that make her a white dragon?” 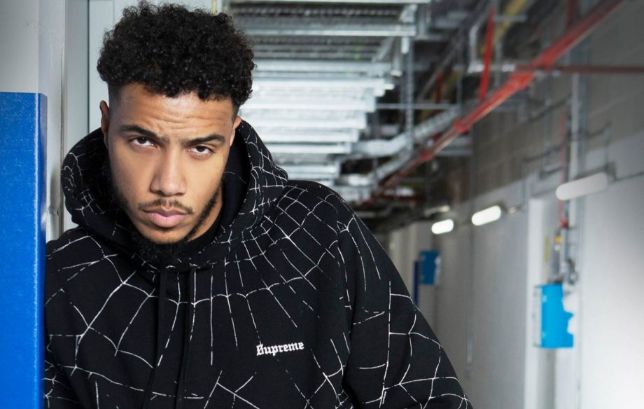 UK Rapper AJ Tracey has been heard referencing like Yugioh in his .

And then there’s like “Spirit Bomb”, an obvious reference to . And references to and Pokemon are dropped within the lyrics.

Kanye West is well-known for being interested in like Akira, an absolute classic and pioneer in the industry.

According to him, Spirited Away is no where near as good as Akira, as referenced in his tweet to a “top 10 ” video on YouTube.

Related: How Anime Has Radically Evolved In The Past 57+ Years 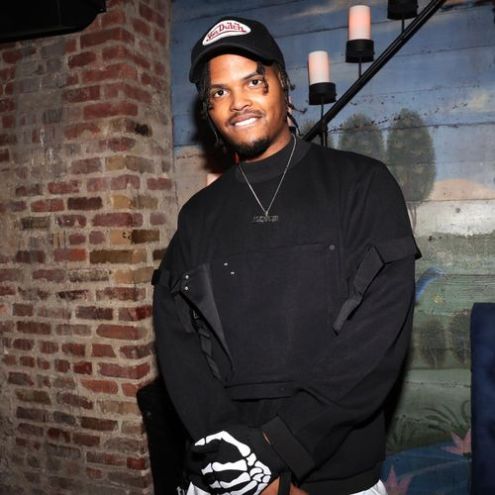 With Xavier Wulf’s mixtape “Project X”, inspired by Initial D. Not to mention his lyric:

“Don’t think just cause Xavier Wulf is watching he won’t come cripple you.”

We can see he has an interest in that’s genuine. Even if he’s not the most compared to rappers like XXXTentacion.

Soulja Boy’s another rapper who has an obvious interest in .

He’s made a song called “Goku”, speaking to his love for .

And he even made an themed mixtape based on .

He even takes a further in another song where he makes this reference:

“ swag, I’m flying like Goku/ swag, when I pull up in that old school.”

Open Mike Eagle the rapper released a video: “Dang Is Invincible”. This is an animated video with strong influence.

In fact – there’s a resemblance to an called “Dead Leaves” by studio: Production I.G. Which was released back in 2014.

The Surprising Similarities Between Hip Hop And The Anime Industry (2019)