Mushishi quotes from the following characters:

Mushishi is an anime that explores depth, meaning and mystery in a world full of strange creatures.and the supernatural.

You won’t find an like it for its mystique, and of course, the quotes that stem from these experiences each character faces.

Here are ALL the best quotes the series has to offer. 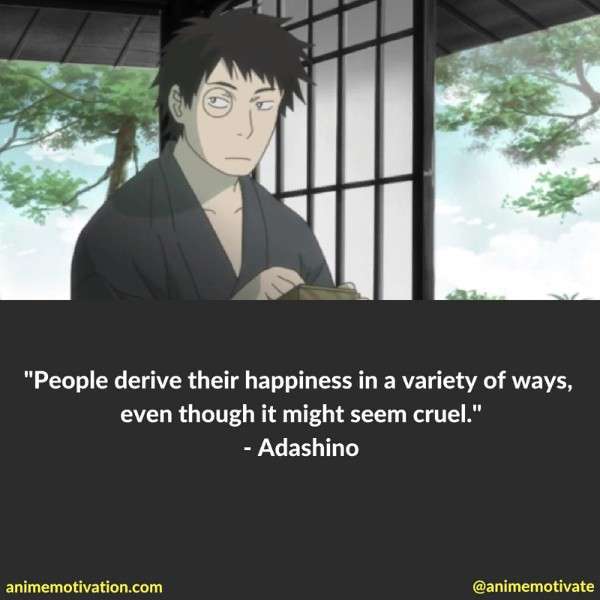 “People derive their happiness in a variety of ways, even though it might seem cruel.” – Adashino 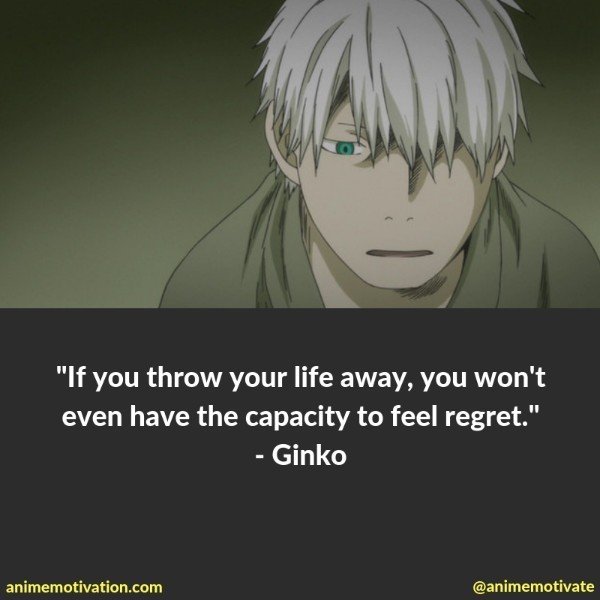 “If you throw your life away, you won’t even have the capacity to feel regret.” – Ginko 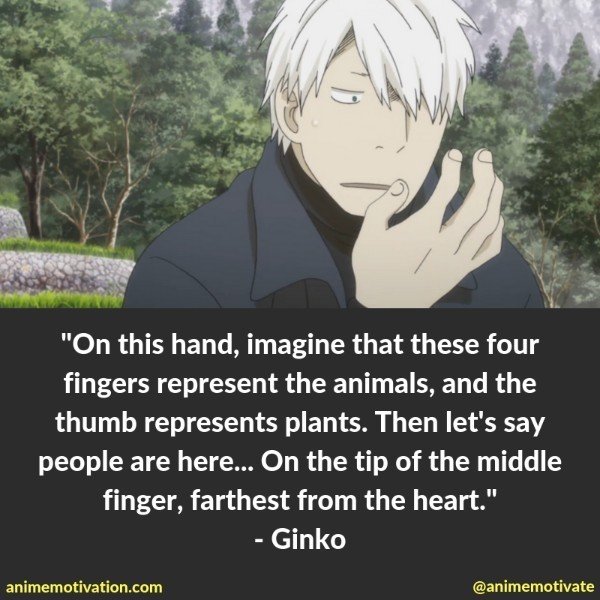 “On this hand, imagine that these four fingers represent the animals, and the thumb represents plants. Then let’s say people are here… On the tip of the middle finger, farthest from the heart.” – Ginko 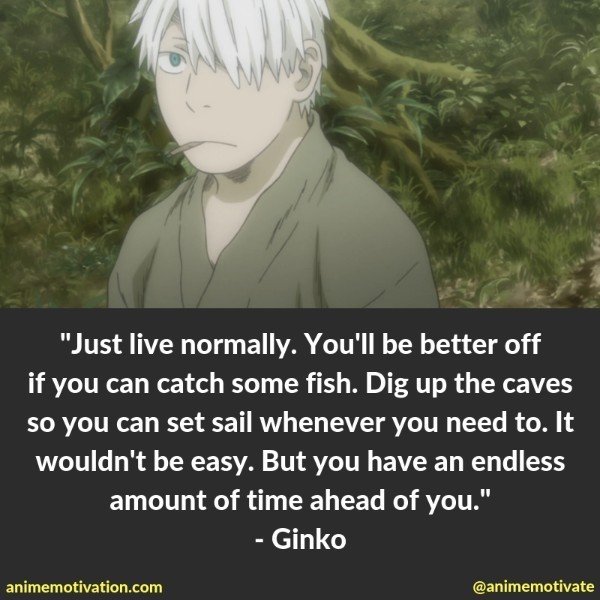 “Just live normally. You’ll be better off if you can catch some fish. Dig up the caves so you can set sail whenever you need to. It wouldn’t be easy. But you have an endless amount of time ahead of you.” – Ginko 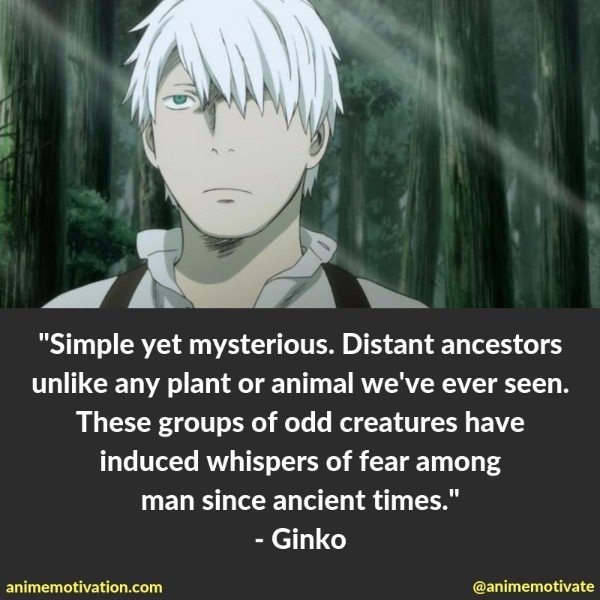 “Simple yet mysterious. Distant ancestors unlike any plant or animal we’ve ever seen. These groups of odd creatures have induced whispers of fear among man since ancient times.” – Ginko 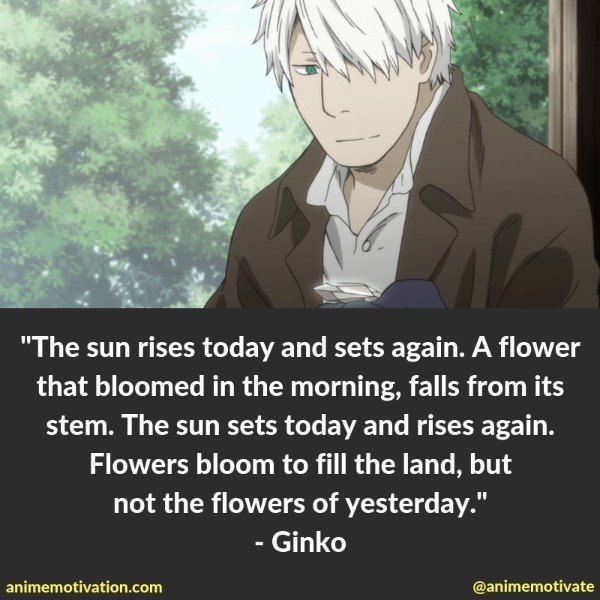 “The sun rises today and sets again. A flower that bloomed in the morning, falls from its stem. The sun sets today and rises again. Flowers bloom to fill the land, but not the flowers of yesterday.” – Ginko 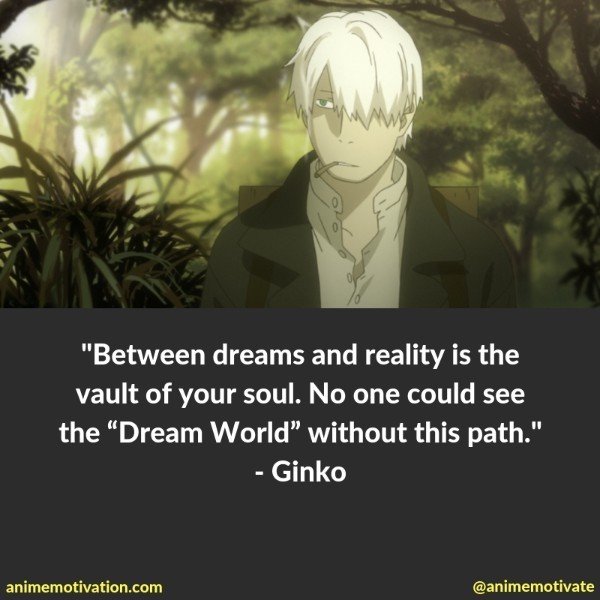 “Between dreams and reality is the vault of your soul. No one could see the “Dream World” without this path.” – Ginko 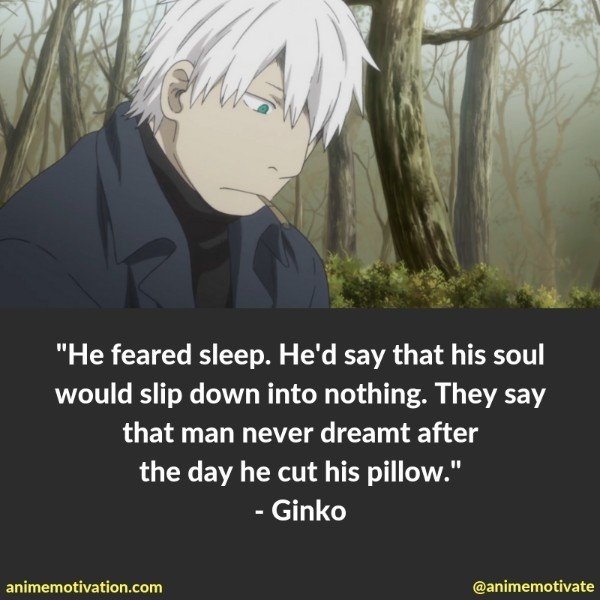 “He feared sleep. He’d say that his soul would slip down into nothing. They say that man never dreamt after the day he cut his pillow.” – Ginko 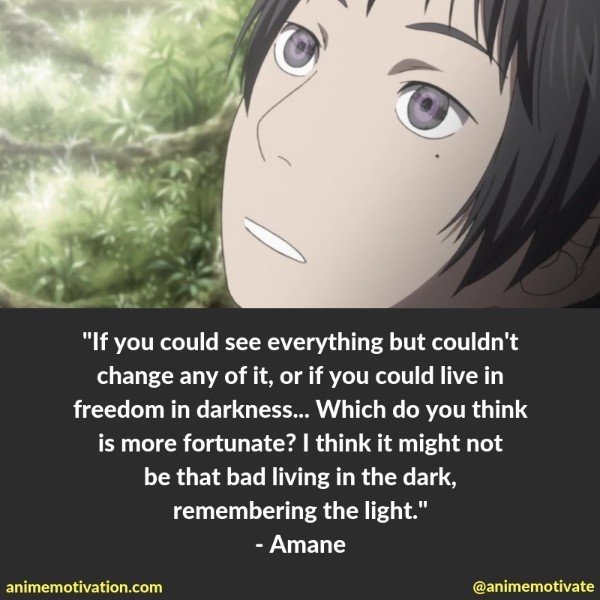 “If you could see everything but couldn’t change any of it, or if you could live in freedom in darkness… Which do you think is more fortunate? I think it might not be that bad living in the dark, remembering the light.” – Amane 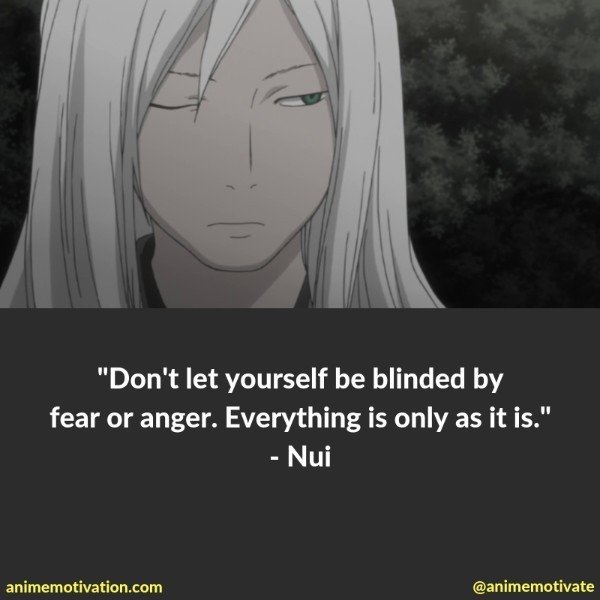 “Don’t let yourself be blinded by fear or anger. Everything is only as it is.” – Nui

35+ Of The Best Danganronpa Quotes That Will Make You Think