If you’re a fan of this couple-driven series between male characters, you’ll love these memorable quotes. And the quotes that hold a lot of meaning. 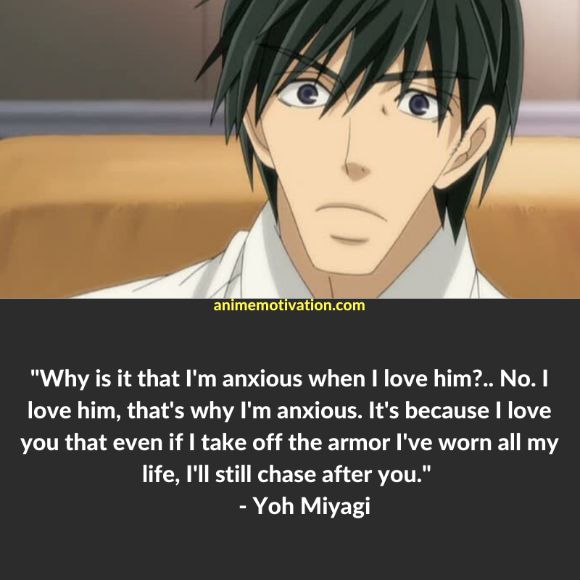 “Why is it that I’m anxious when I love him?.. No. I love him, that’s why I’m anxious. It’s because I love you that even if I take off the armor I’ve worn all my life, I’ll still chase after you.” – Yoh Miyagi 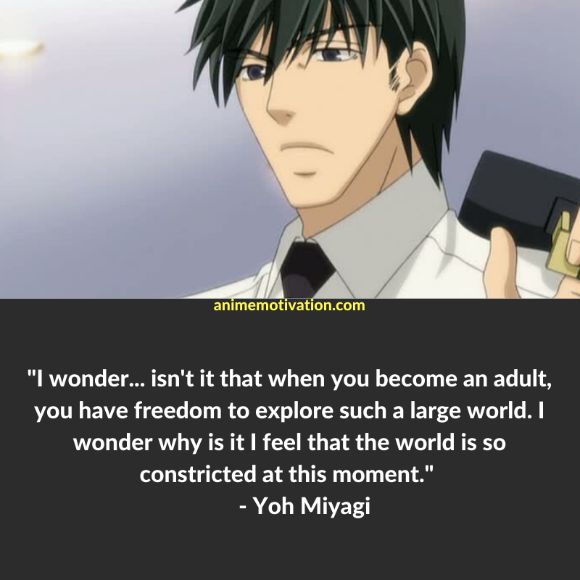 “I wonder… isn’t it that when you become an , you have freedom to explore such a large world. I wonder why is it I feel that the world is so constricted at this moment.” – Yoh Miyagi

“To be loved out of sympathy is more devastating than to be rejected.” – Shinobu Takatsuki 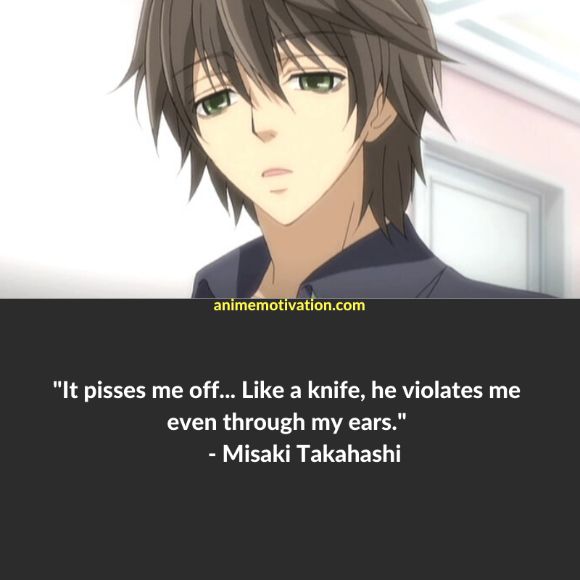 “It pisses me off… Like a knife, he violates me even through my ears.” – Misaki Takahashi 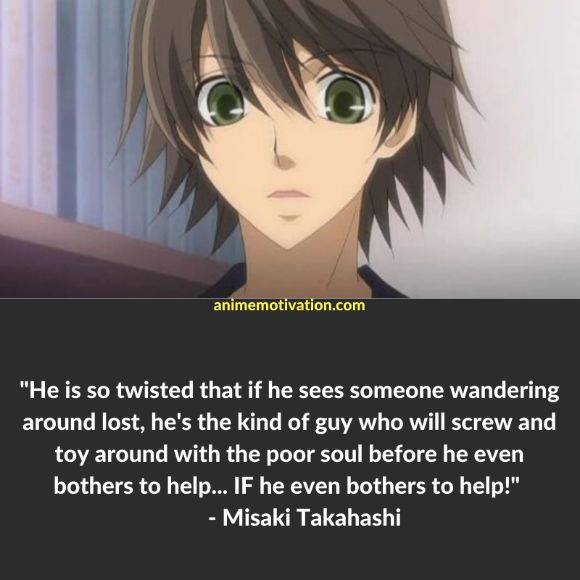 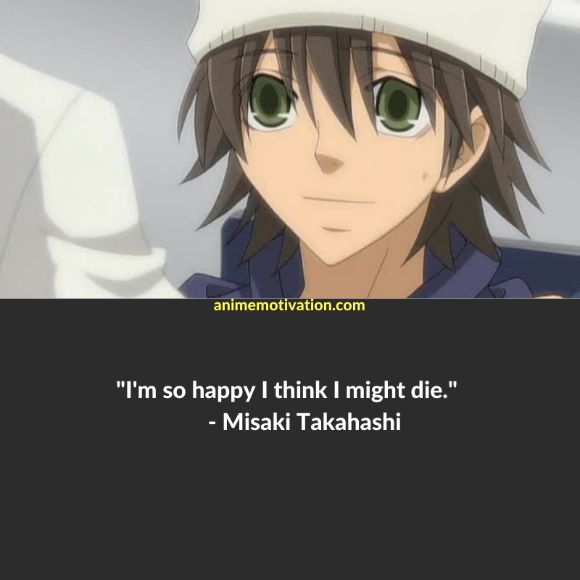 “I’m so happy I think I might die.” – Misaki Takahashi

“The pain… the pleasure… and the shame all drive me crazy.” – Misaki Takahashi

“The moment you challenged me, you had already lost.” – Akihiko Usami

“I would be nothing without you.” – Akihiko Usami

“I am not a person who only wants to receive things from him, I want to be the person who can give things to him.” – Akihiko Usami

“I have a lot of different words desperately trying to get my message across. However, you, were able to pass on what you wanted to say with just a few of them.” – Akihiko Usami 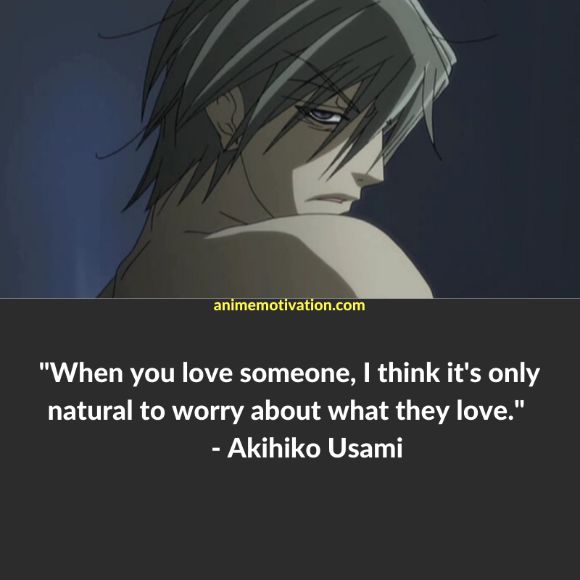 “When you love someone, I think it’s only natural to worry about what they love.” – Akihiko Usami

“I don’t want the precious time we have together to be taken away by anyone!” – Akihiko Usami

“Why you ask? That’s the stupidest question I’ve ever heard. The answer is obvious. Because I want to!” – Akihiko Usami

“When you fight hard and fail, the regret is easier to get past than the regret of not trying.” – Akihiko Usami

“To be able to stay beside a beloved one is the special privilege of a friend.” – Akihiko Usami

“To everything that comes near you, I am jealous.” – Akihiko Usami 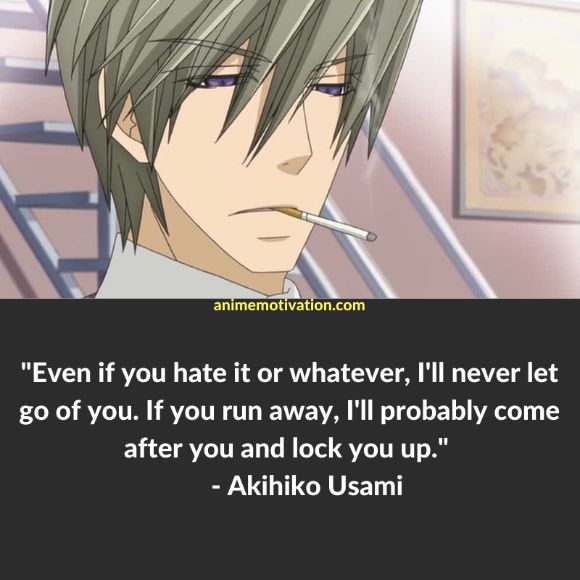 “Even if you hate it or whatever, I’ll never let go of you. If you run away, I’ll probably come after you and lock you up.” – Akihiko Usami

“Is there a limit to how much you can love somebody? No matter how much I hurt him or get hurt by him, I find myself far from hating him, actually hoping that those wounds will scar, like burns…because then you can never forget me.” – Hiroki Kamijou

12+ Of The Best Quotes From Bunny Girl Senpai Worth Sharing